"...... they have found the remains of a military fortress, which was thought to have been destroyed.

... taken in 1868, shows one of the many cannons that formed part of the garrison. 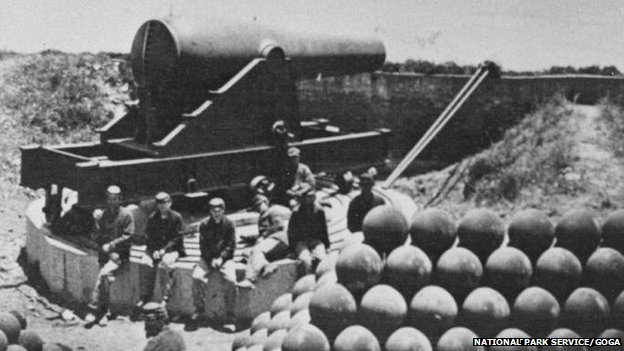 Prof Everett points to a spot where he has found evidence of a subterranean tunnel system.(The tunnels) would have been used for the fortifications. There would have been movement of man and ammunition; it would have been bomb proof and covered with earth so it would have been protected," he explains.
"We get signatures that indicate there is not only a tunnel, but magazine buildings too." 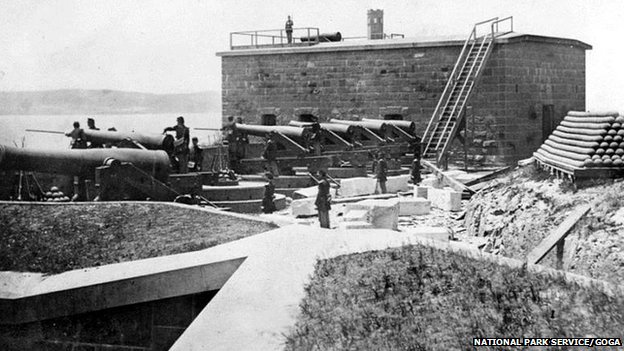 Joining the team is California State University Chico's Dr Tanya Wattenburg Komas, who is also director of the Concrete Preservation Institute.
Lying beneath the recreation yard is some of the oldest concrete she has ever seen in the US.
"Originally, the fortifications were earthen - they are constructed of dirt - but parts of them had concrete over them to reinforce them. The interesting thing is we weren't even making cement in the US at that time," she explains.
"That probably came as cement in barrels from Europe. To find it on the top of a mid-19th Century battery is very exciting."
_73179963_caponier2.jpg 64.7K
0 · Share on TwitterShare on Facebook