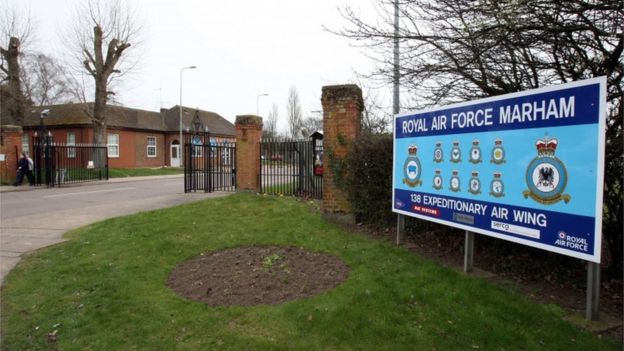 It would appear two dusky chaps attempted to abduct an RAF serviceman by knife point.

Looks like he had a stern talk with the first to grab him, he decked him.

When the second one came at him from the car with a knife, he did the gallant thing and scarpered.

He did very well, it could have turned out very badly.

Now here is the puzzle.

The car is reported to be a dark coloured Ford Galaxy.