1965Jeff Senior MemberPosts: 1,648 Senior Member
October 2016 in Hunting #1
Decided to wait on deer hunting until tomorrow, but really wanted to call coyotes so I put off the yard work and went calling this morning. Walking into the first set, had one **** off but I decided to set up and try anyway. I did my usual mix of baby cottontail with no takers, so I switched to lightning jack which is a louder sound on the caller and two minutes later I spot a coyote coming in at a trot. I lowered the sound to the caller and set up the rile for the shot , waiting to see how close he would come in. He stopped on a pond dam at 75 yards so I centered him in the cross hairs and knocked him over. As I was going into the scope I saw coyote number two on the outside of the brush . Coming out of recoil I grabbed up the remote and went to pup distress trying to get number two to stop. At a lasered 230 yards it pulled up broadside and started spinning after the bullet hit it, I shot it again to finish it, pretty exciting session. I was using my DPMS AR-15 with 55 grain bullets. 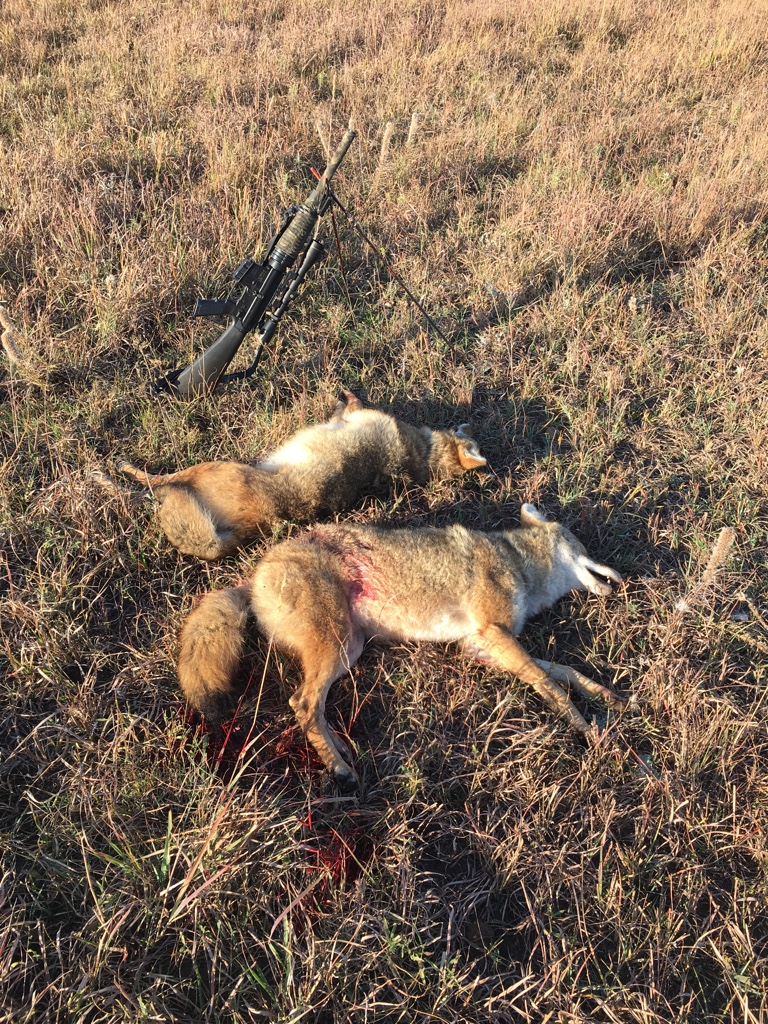