Teal hunting for the unitiated

Six-Gun Senior MemberEastern NebraskaPosts: 8,155 Senior Member
September 2017 in Hunting #1
Nebraska's teal season is entering its last week, so I figured I should share some info on what it's like to chase these tiny ducks with those who have never done it.

Yes, you have to get up very early.

Yes, you have to haul in gear.

But, the upside is that you get to wingshoot one of the fastest and shiftiest birds there is. Teal are a blast to hunt because they decoy readily and will often make streaking low-passes over the spread before they commit, offering split-second shot opportunities for those who can make them.

The past two weeks were stellar, with fast limits achieved on every outing.

The beauty of teal: they float! 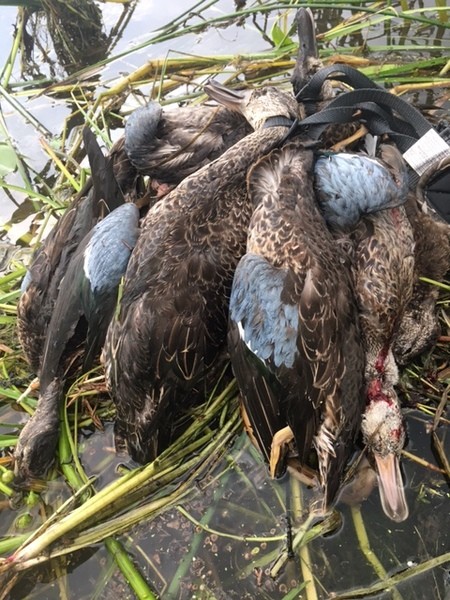 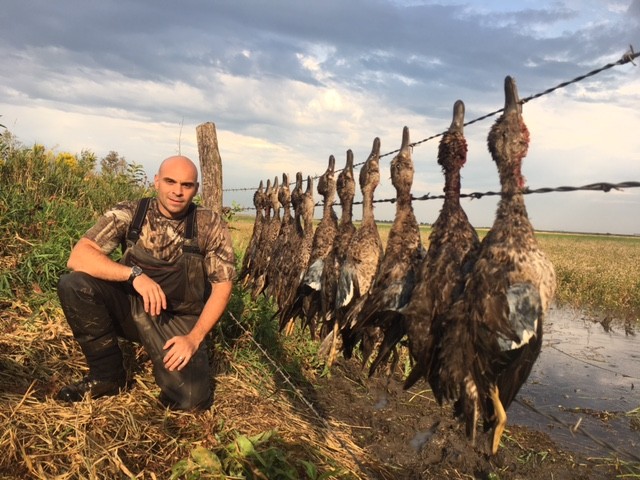 This last hunt was particularly fun, as I got my teal limit and then shot a limit of snipe. I ended up getting checked by a game warded on the way out of the mudflat. He said I was the first person he's ever checked for snipe and took my picture with my birds to add to his daily log. 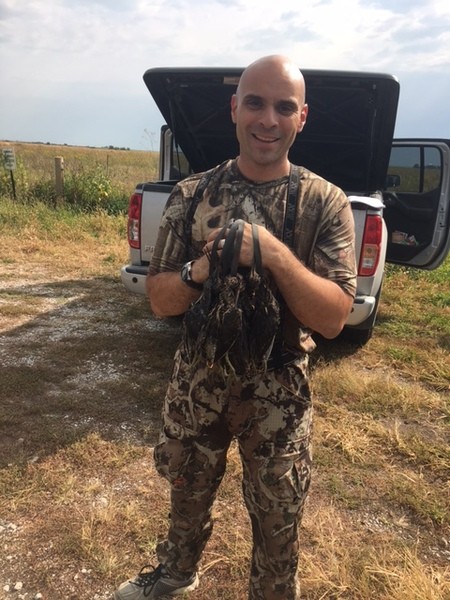 The game warden even took a selfie with me. He was a super nice, but very thorough guy - exactly what you want in this profession. After he saw that my license, bag limits, steel ammo, and plug were all in check, he even marked up my public land map to help me find some sharptail grouse and prairie chicken hunting spots a little way north of this teal hole. Very cool of him: 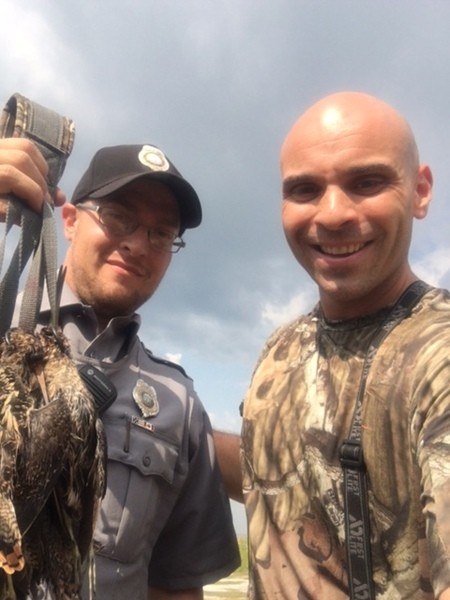 Here are a couple of videos from the past two weeks. Both hunts resulted in limits for me and a buddy. 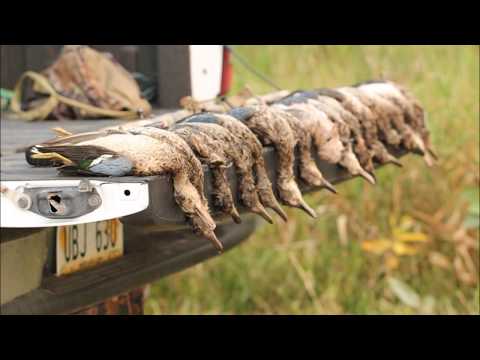