2nd Buck doesn't do what he's supposed to...

shooter10mm MemberPosts: 215 Member
December 2017 in Hunting #1
So I killed another nice deer yesterday afternoon, 75 yards from the one I killed last Sunday!! I was walking into the woods about an hour and a half before dark on a last minute whim, and heard chasing up ahead, figured I'd creep in there and when I got up closer I heard a buck grunting that sounded like he was a Triceratops!! Haha.... I knew he was mature before I saw him, then she moved through an opening about 80 yards from me and I threw the rifle up on her and the next deer to come into the opening was a heavy mature deer so I let that little 6.5CM loose! Heard it smack, and he buck kicked like he was heart shot.
Saw him run and went down there to see what I had. NO BLOOD...****! Called my buddy and we decided to back out and let him expire. We went in almost at dark to be able to see, found no blood, started canvasing towards where she and he ran off to to see if we could find him.....NOPE
SOoo....I ran to my truck.....Well really I just walked rather swiftly! Got my .300 with the thermal and his gun also so we could try to find him with the thermals through the brush. On the way back in I cut left a bit around a ridge to get around some trashy thick stuff with the two guns and about the time I was 20 yards from the spot I shot I almost tripped over him! I guess there were two bucks and at the recoil of the shot I looked back and saw a buck running right chasing her still, when the one I shot had cut back the way he came, went over a 3 foot little rise from an old wind row and crumbled! The 129gr Interbond went in at the top of the heart and lodged in the offside shoulder. A happy ending for a deer I kinda got worried about losing!
The Buck was 7.5 and an old warrior! Backbone showing, hip bones showing, he probably would've run himself to death by the end of this rut if we get any kind of cold weather this year!
I'm European mounting him this week. 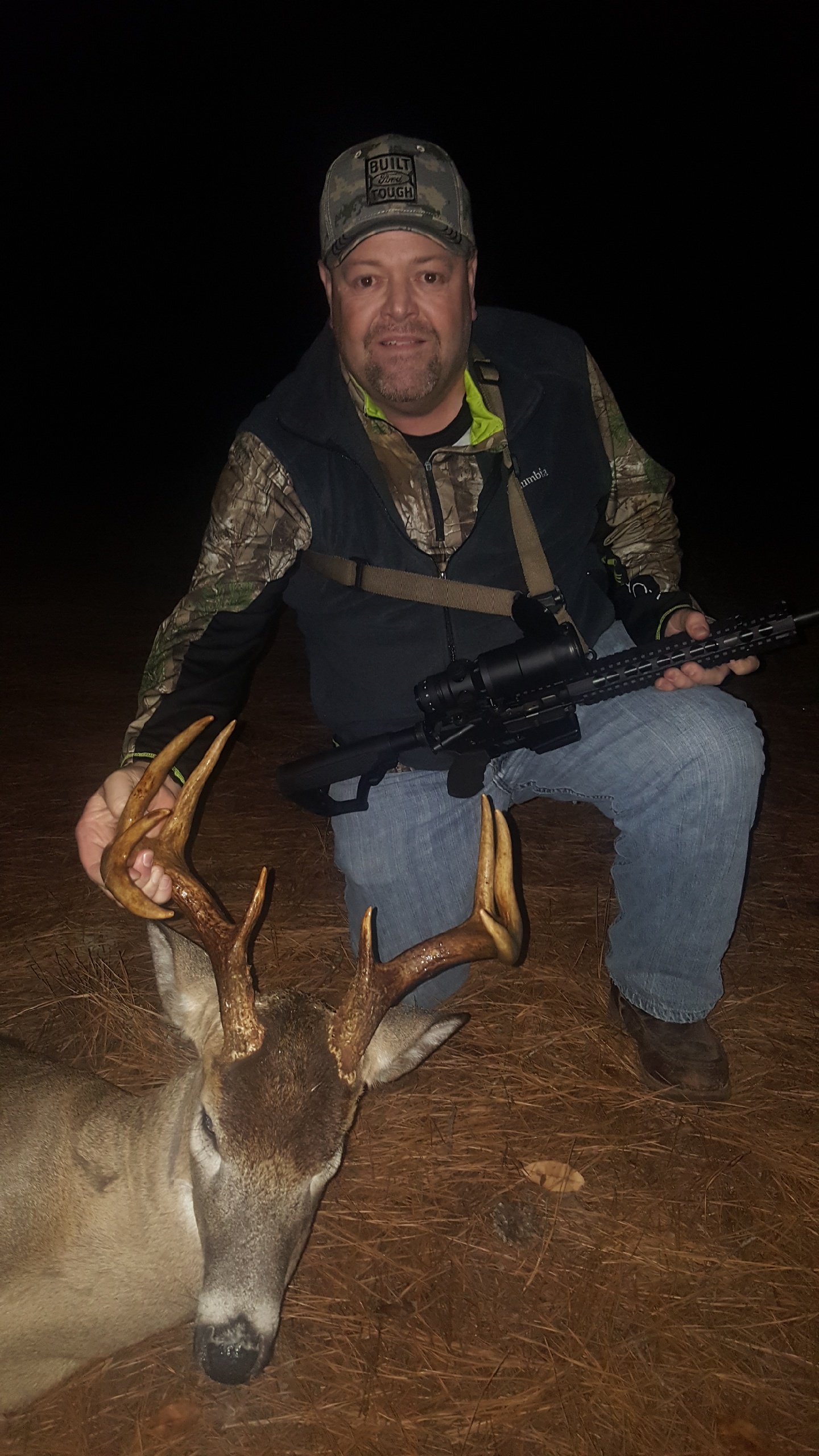 "You miss 100% of the shots you do not take!"
"As long as there's Lead in the air there's hope!" -- Ralph Adkinson(Daddy) The original Marlboro Man
0 · Share on TwitterShare on Facebook