Pig with the 64gr. Gold Dot

Zee Senior MemberPosts: 24,018 Senior Member
March 2018 in Hunting #1
Farmer texted me on Thursday that he had planted one of his fields.  Told me to go kill whatever..........whenever.  So, Last night after work, I headed over there to check things out since there was a good moon up.  Got to the field and noticed about 30 pigs out feeding.
Started my stalk, but by the time I got to them, they had moved off into the brush.  Decided to wait and finally a big boar came out in another area of the field.Unfortunately, There were deer between us and the wind was wrong, so I had to wait.  While waiting, the big herd came back out and the boar started moving over to them.
Being in a between location for wind and no deer, I moved across the field and got within 150 yards.  Played a little cat and mouse with the big boar weaving in and out of the heard.  I tried to get close enough to get him with my 10mm, but a sow finally saw me in the moonlight, grunted, and busted.
Pigs ran everywhere but none but the sow knew what was wrong.  Several exited the field and several ran a bit and stopped to look.  The big boar being one of them.  I dropped down, found him in my scope, and put a 64gr Speer Gold Dot behind his ear with my 20" AR.  One shot and he dropped.  The rest of the pigs exited stage left.  One down.  Many more to go.

And folks on TV say the AR isn't used for hunting. 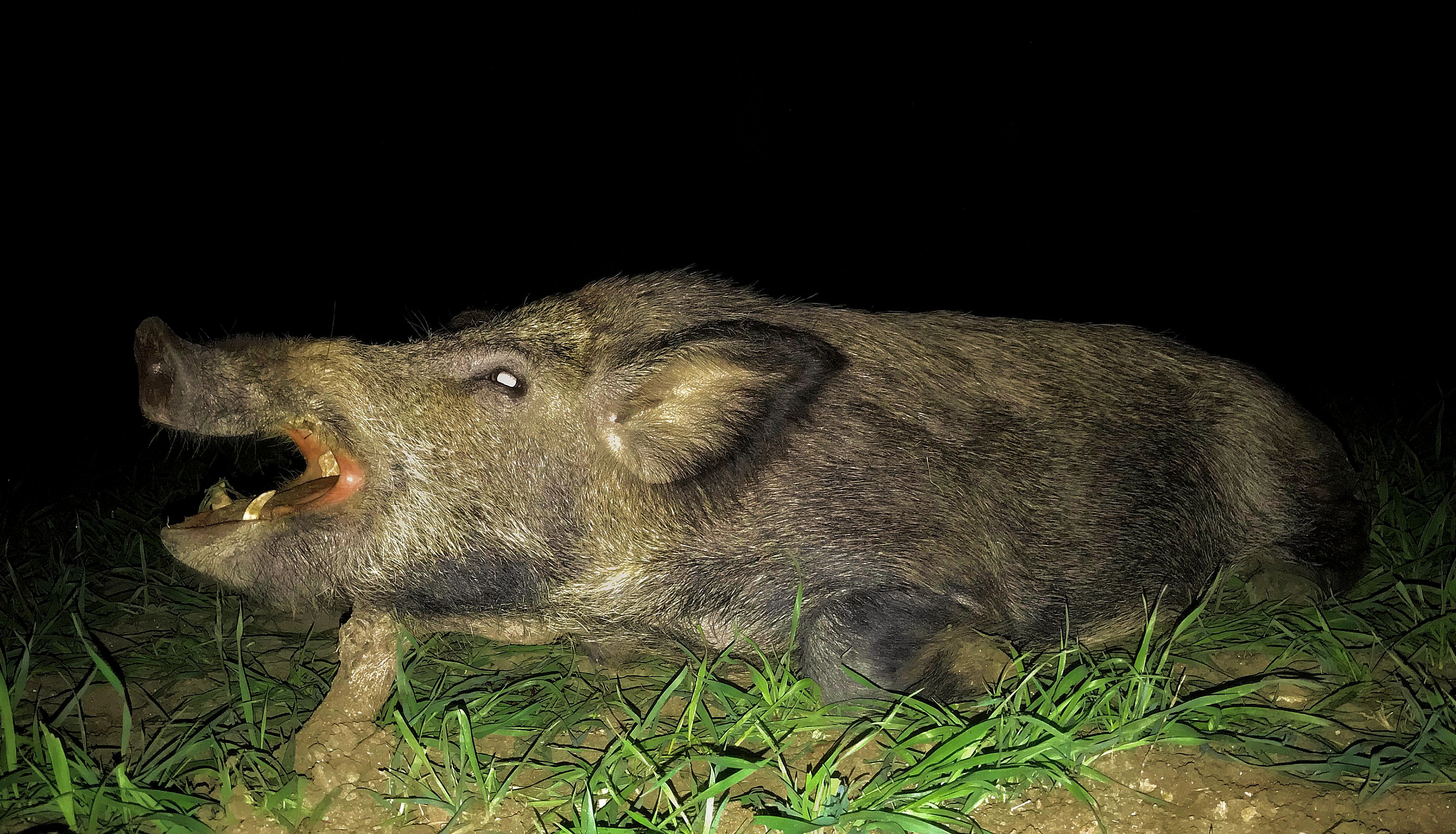 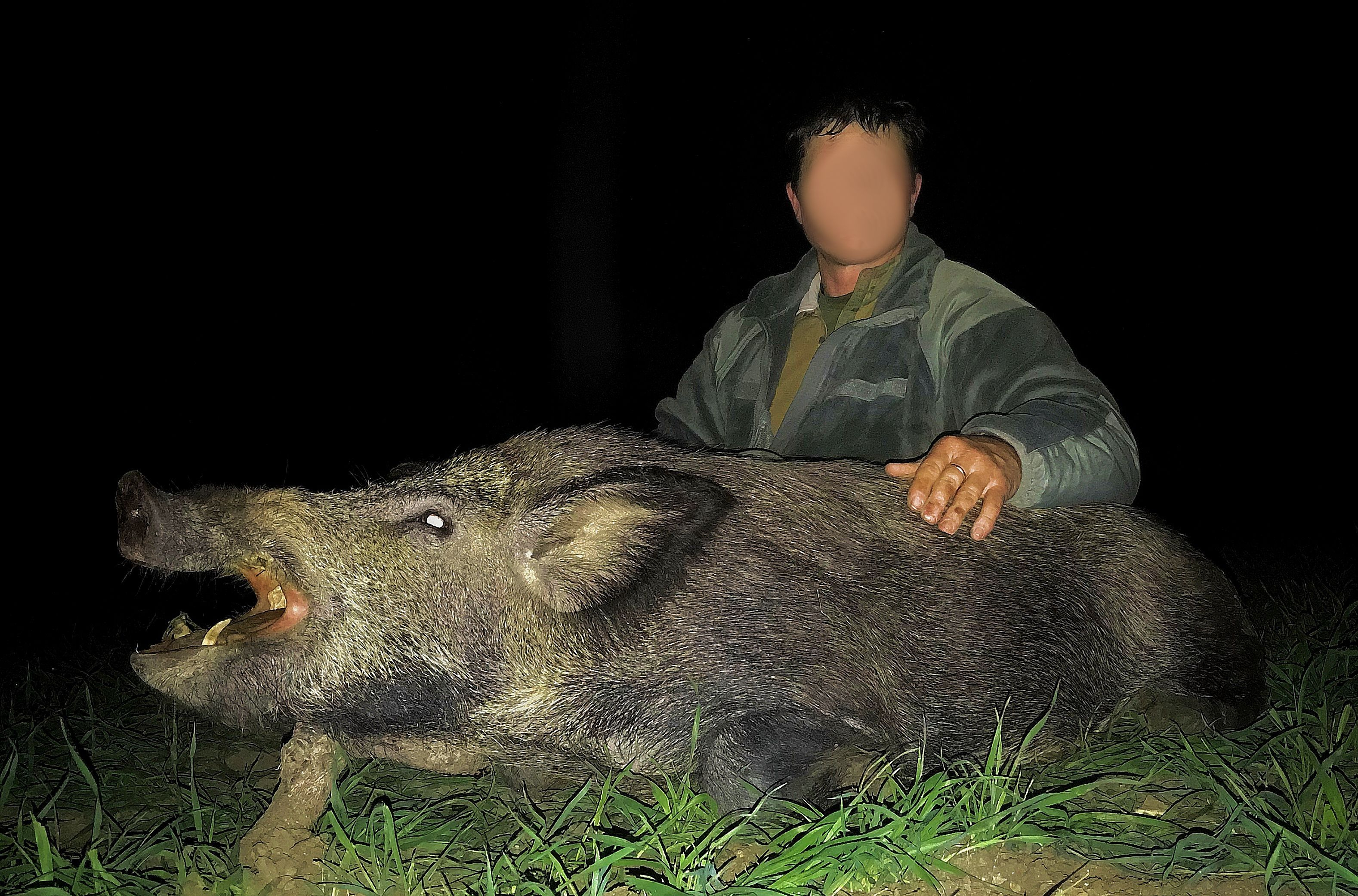