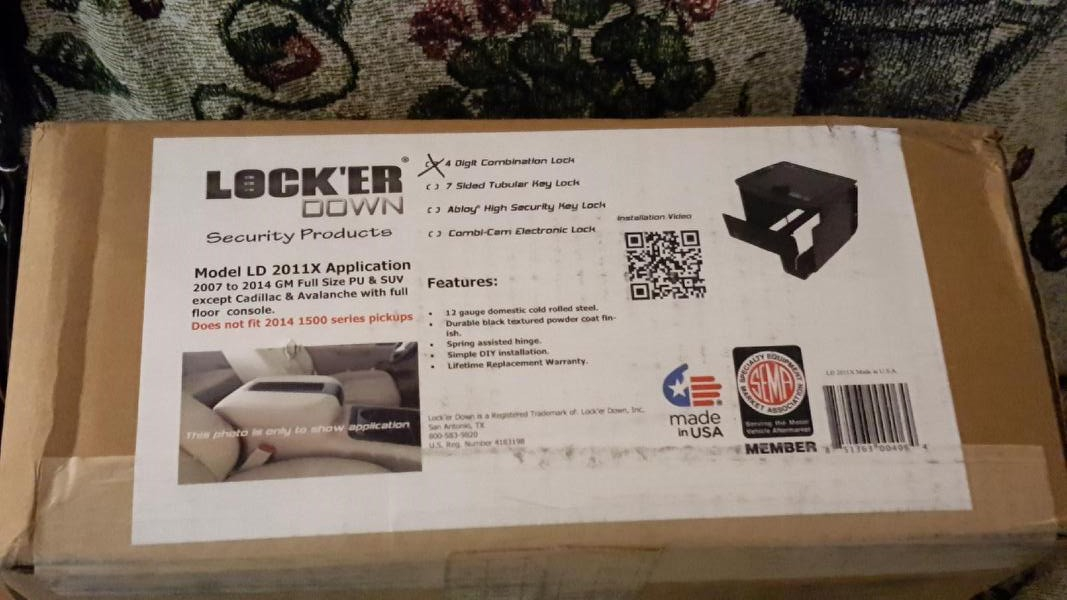 I just finished installing this in my wife's Suburban so that she will have a secure place to keep her Shield when she is in school (she is a teacher).  First I did a test assembly on the workbench and mounted a holster to the inside wall to keep random stuff out of the trigger. 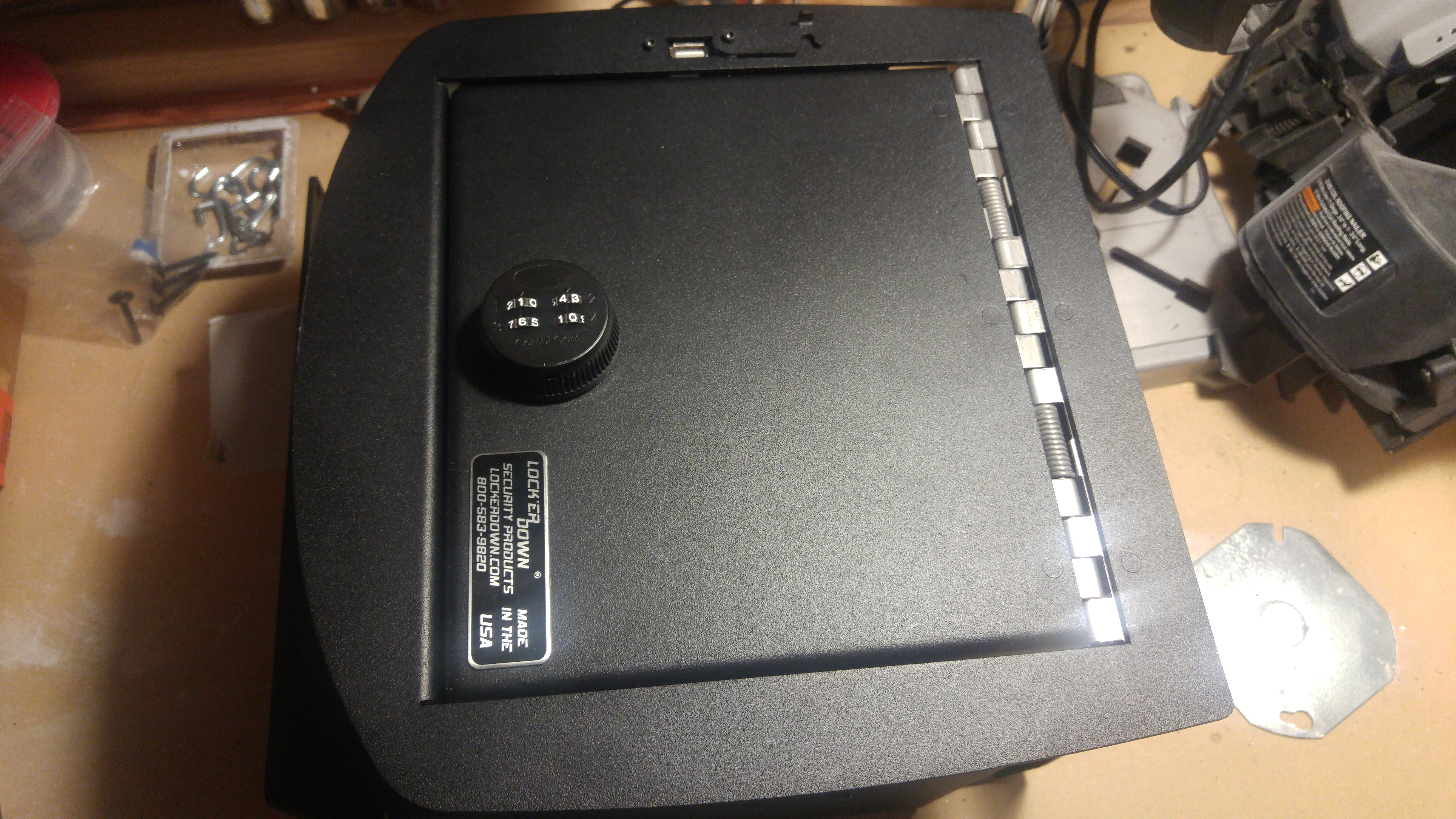 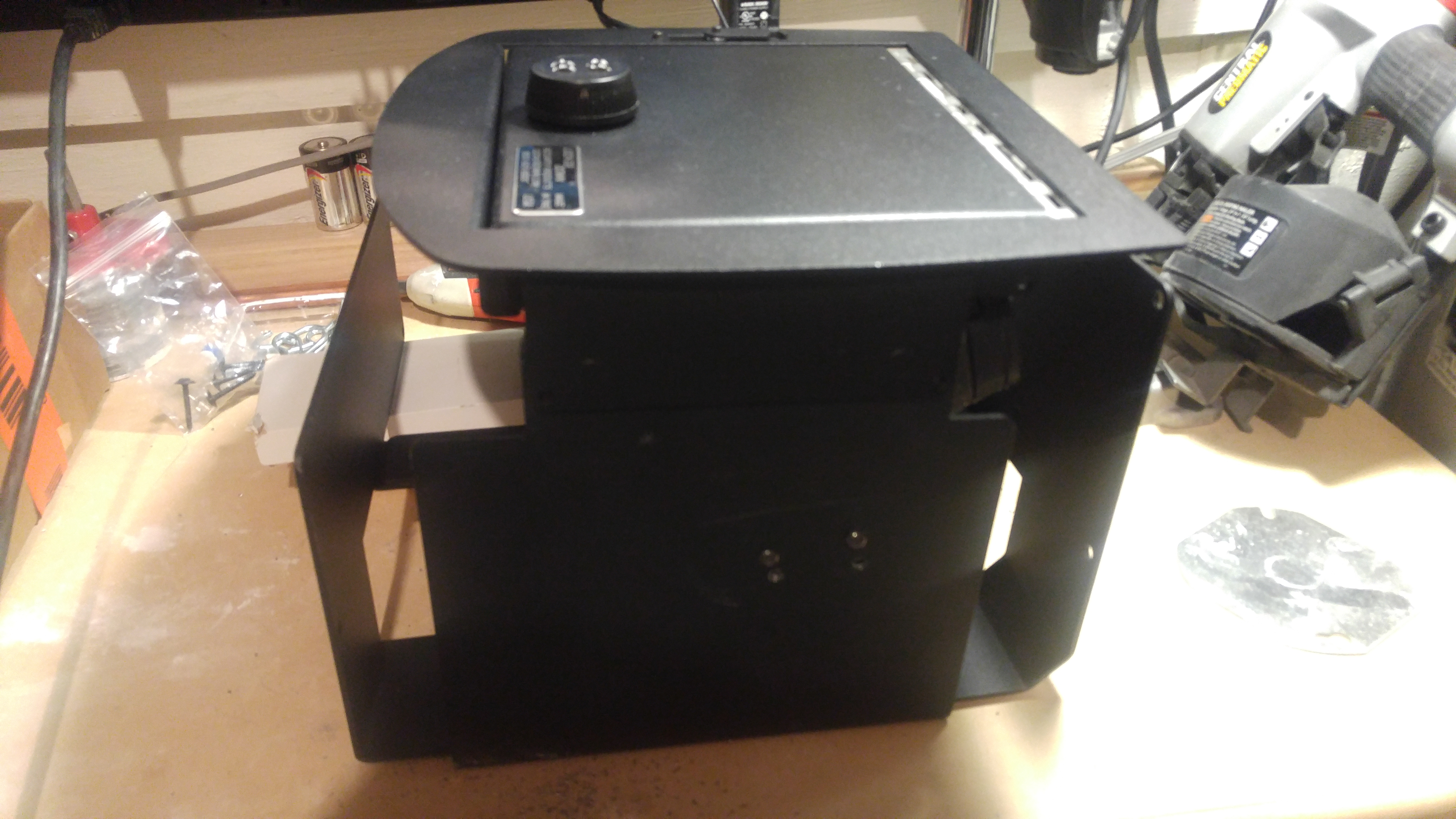 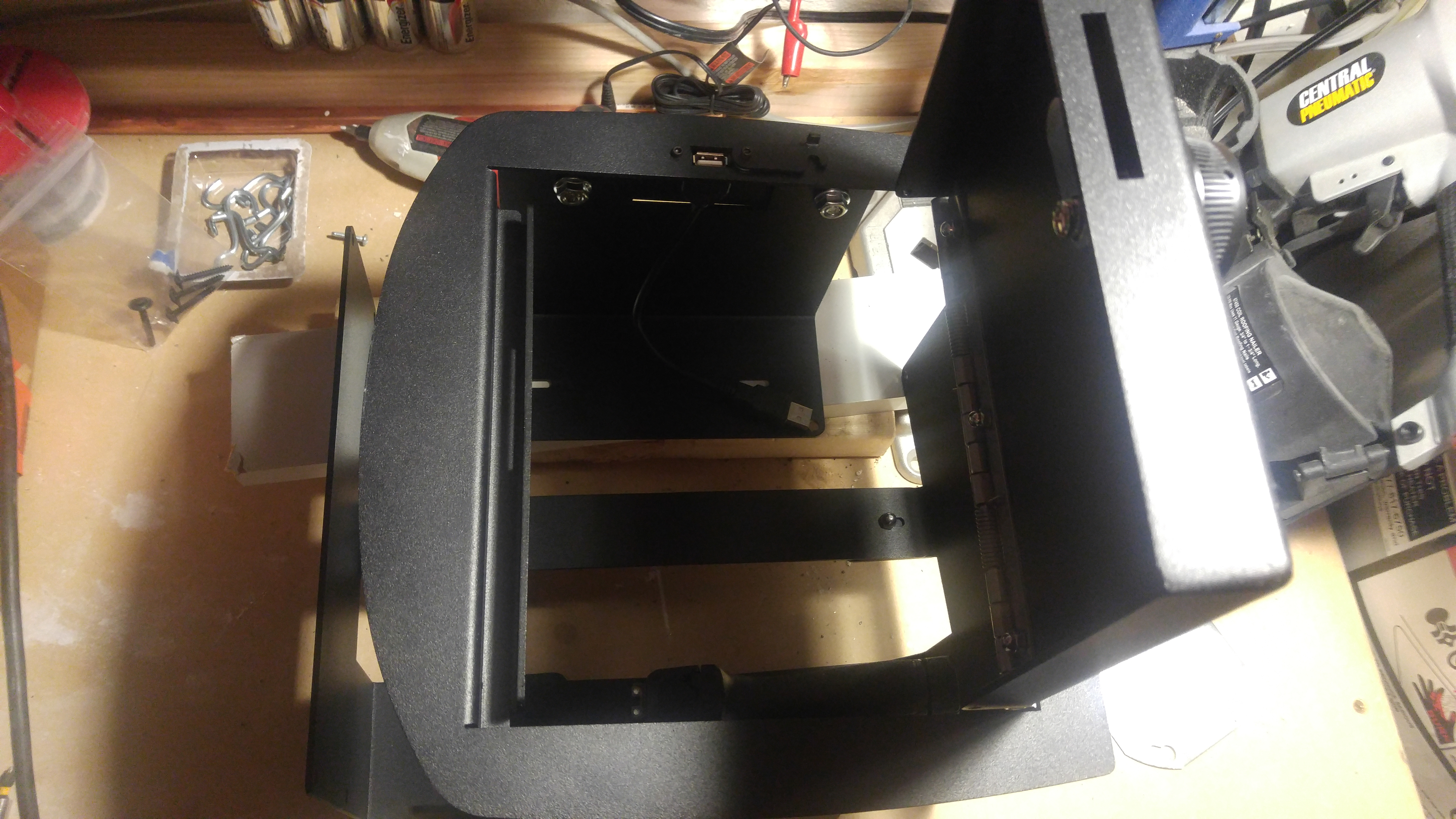 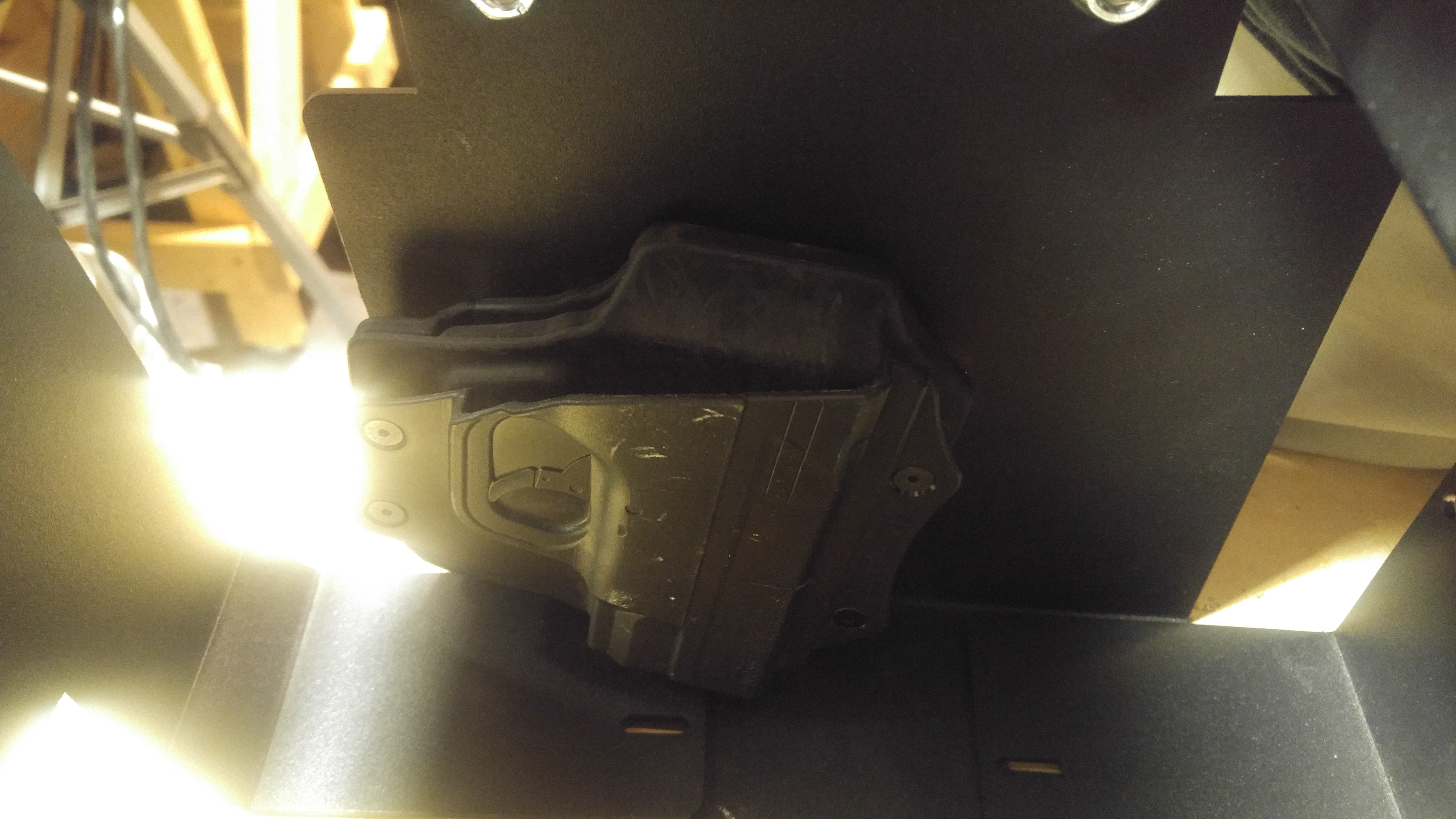 And the completed installation.  Just like any other safe, it will not prevent a truly determined, skilled and equipped thief who has enough time on his hands.  However, being built out of 12 gauge steel it will absolutely prevent a smash and grab.  With the holster mounted in it my wife will have reasonably quick access to her gun if needed. 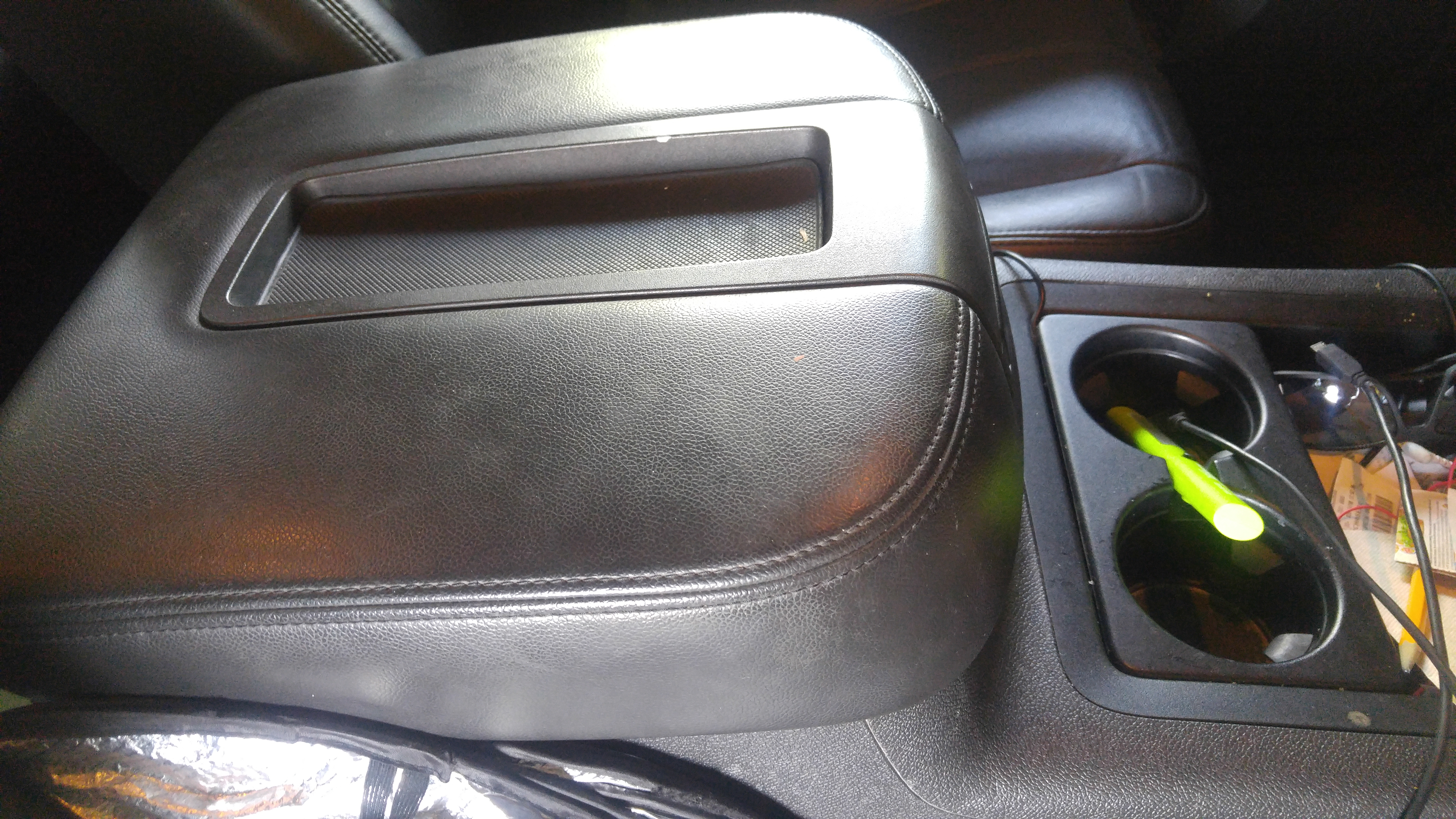 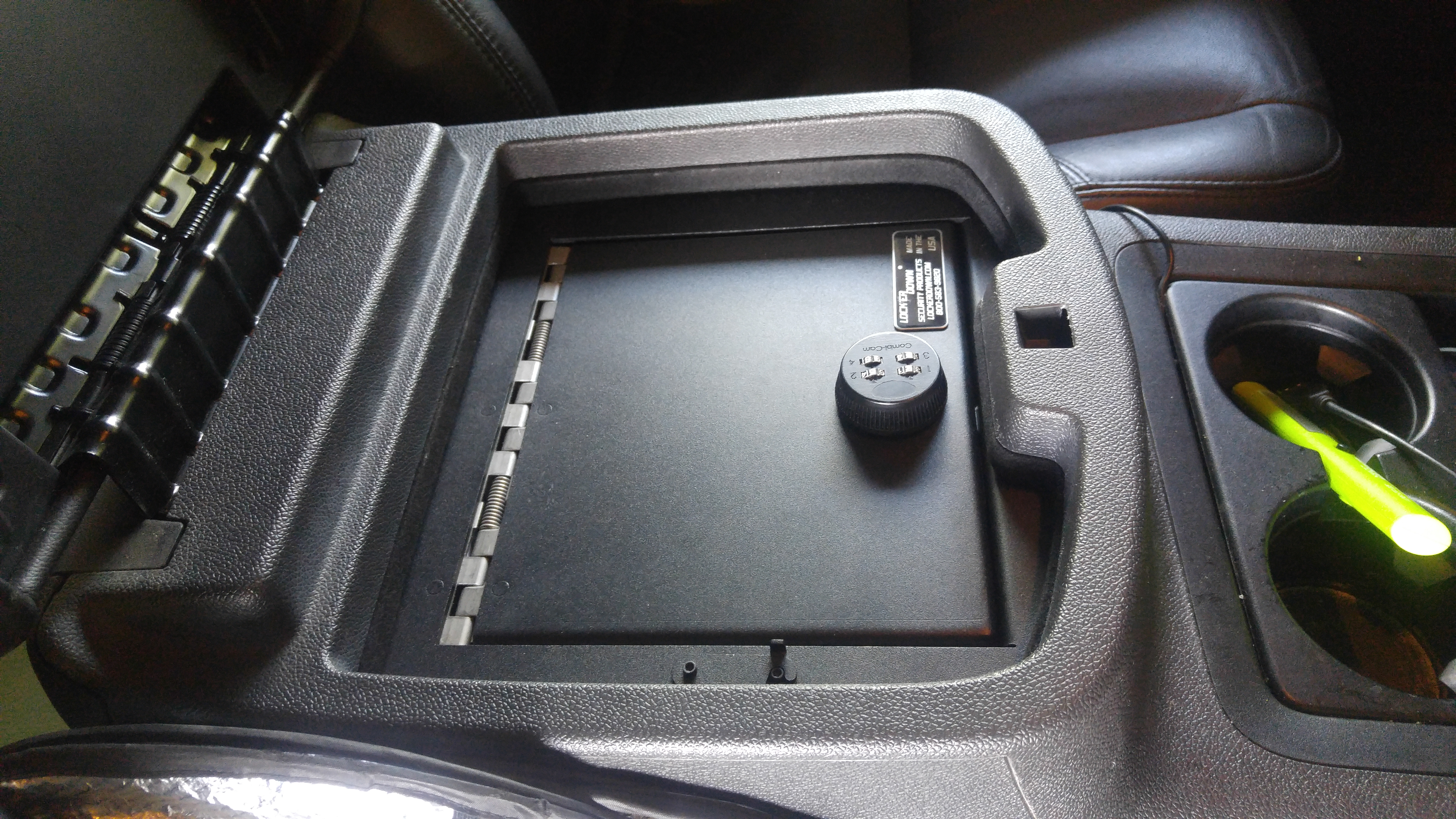 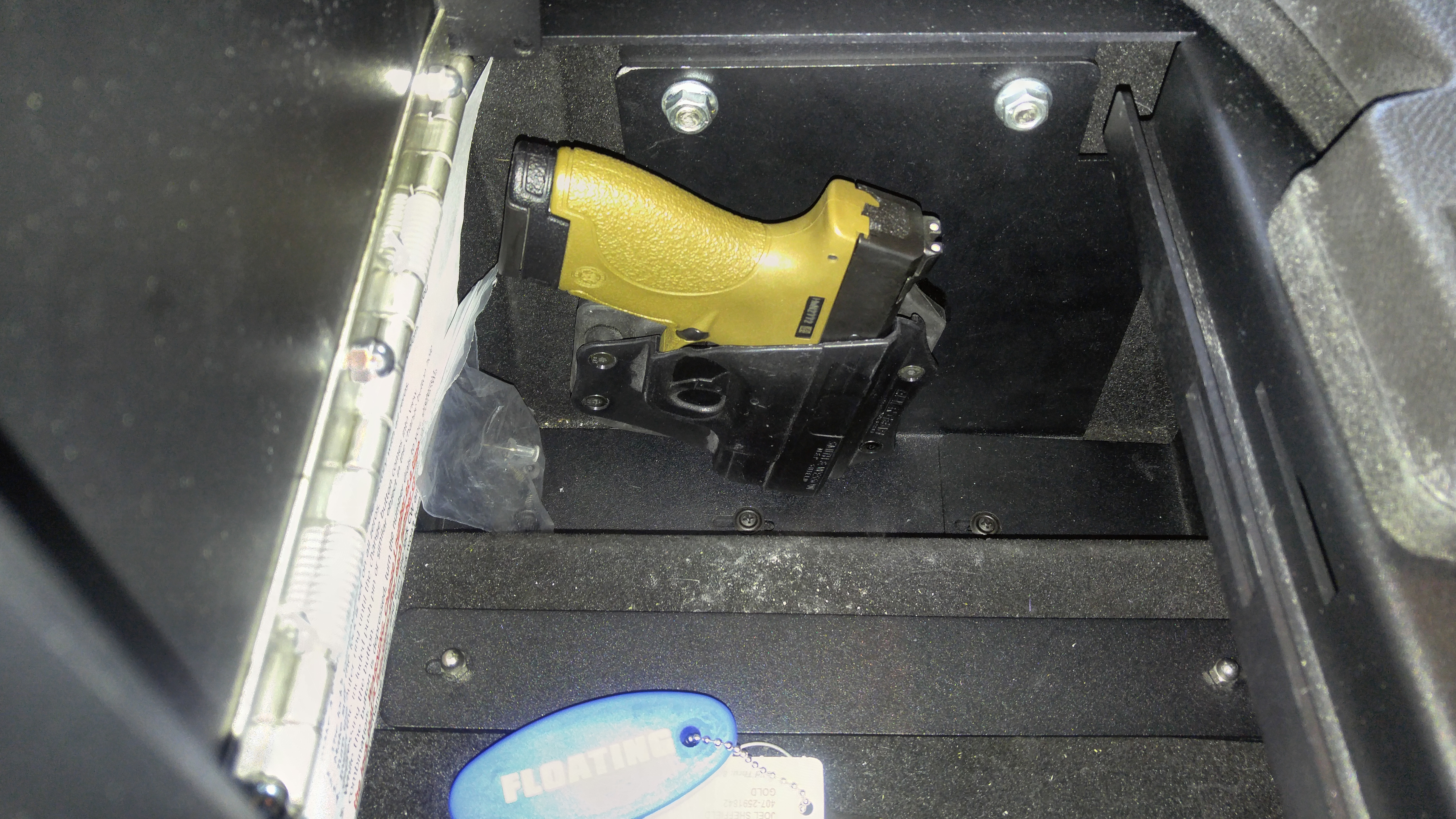 This is not meant to be a primary way to carry.  It is meant to be secure storage when she can't legally carry.

There were two events that triggered this project:

First, the recent school shooting in Parkland, FL.  My wife is a teacher and two of our kids attend the school where she works.

Second, about a week after the school shooting, my wife and daughter had to take cover in a dressing room at the mall when a fight broke out in the store they were in.  The fight resulted in a shooting a few feet away from my wife and daughter.  The experience of being on the phone with my wife while she is hiding from a gunman while I am sitting helplessly in a hotel room 80 miles away is one I hope to never have again.  The silver lining is that I have finally won the battle to convince my wife to carry anywhere she legally can, and to have her gun locked up nearby when she can't.  She now understands why I am so insistent that she be armed and why I am always armed, with spare magazines.  She has always had to leave her gun in the safe at home when going to work, now she will always have it nearby.  To her credit, the day of the shooting at the mall, she did go home after school and retrieve her gun before going to the mall.  She would not have been defenseless had the gunman come her way.  In fact, he would have found an armed Mama Bear defending her cub.