A time ago, someone posted a video of Keith Warren supposedly missing a deer’s head at 100 yards with a .50cal 750gr A-Max bulletand the “concussion” of the bullet passing her head.......”sucked” the eyeballs out of the socket.

I froze the the head of my last deer this season. Thawed it out on Tuesday and had it ready to shoot on Wednesday. 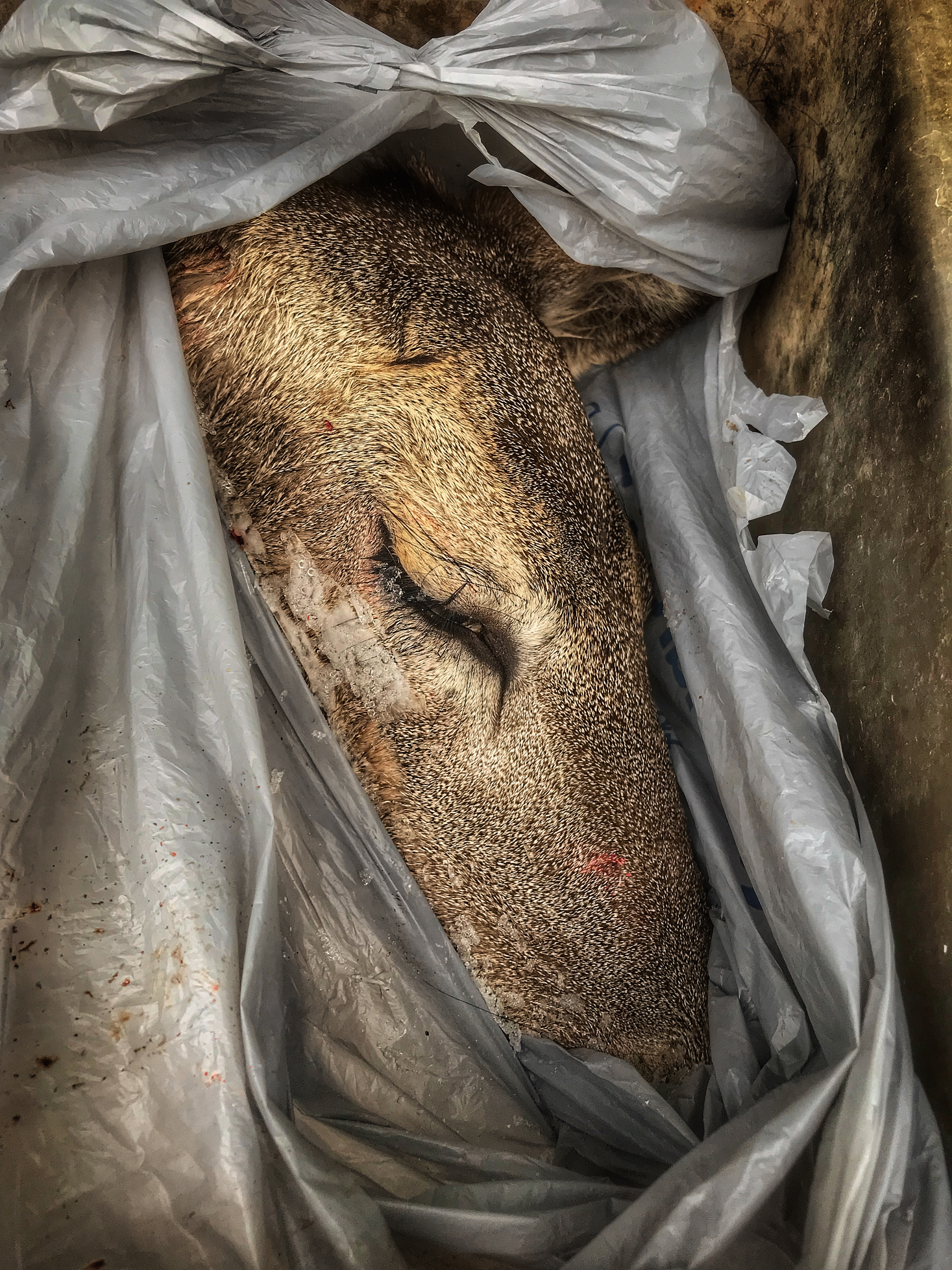 Did some work to the McMillan Tac-50 on Tuesday so I needed to re-zero the gun Wednesday morning. 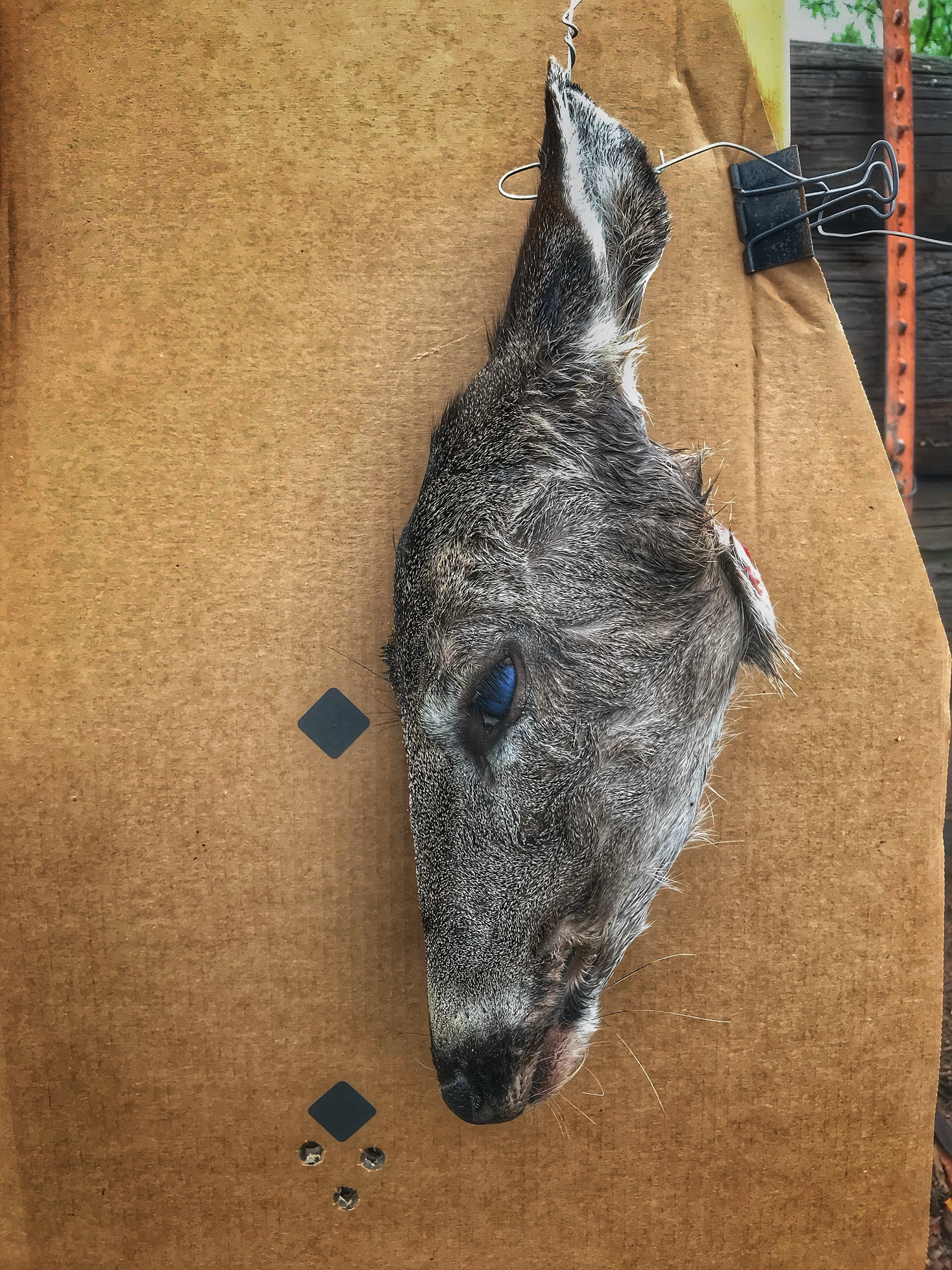 I let a friend do the honors of shooting the head so that I could video down range. I told him to use the plaster by the head as a reference but to hit as close to the eyes as possible without hitting the head.

He he performed PERFECTLY!!!  That boy CUT hairs off her eyebrows!!!  The head didn’t even move!

Keith Warren is a clown.

Next I told him to hit her at the base of the jaw through the most bone in her head and see if we could “blow” the head up.

Here you you can see the shot by the eyes that cut hair and the eyeballs are still in the head. To the right of the eye, you can see the entrance of the second shot through the jaw. 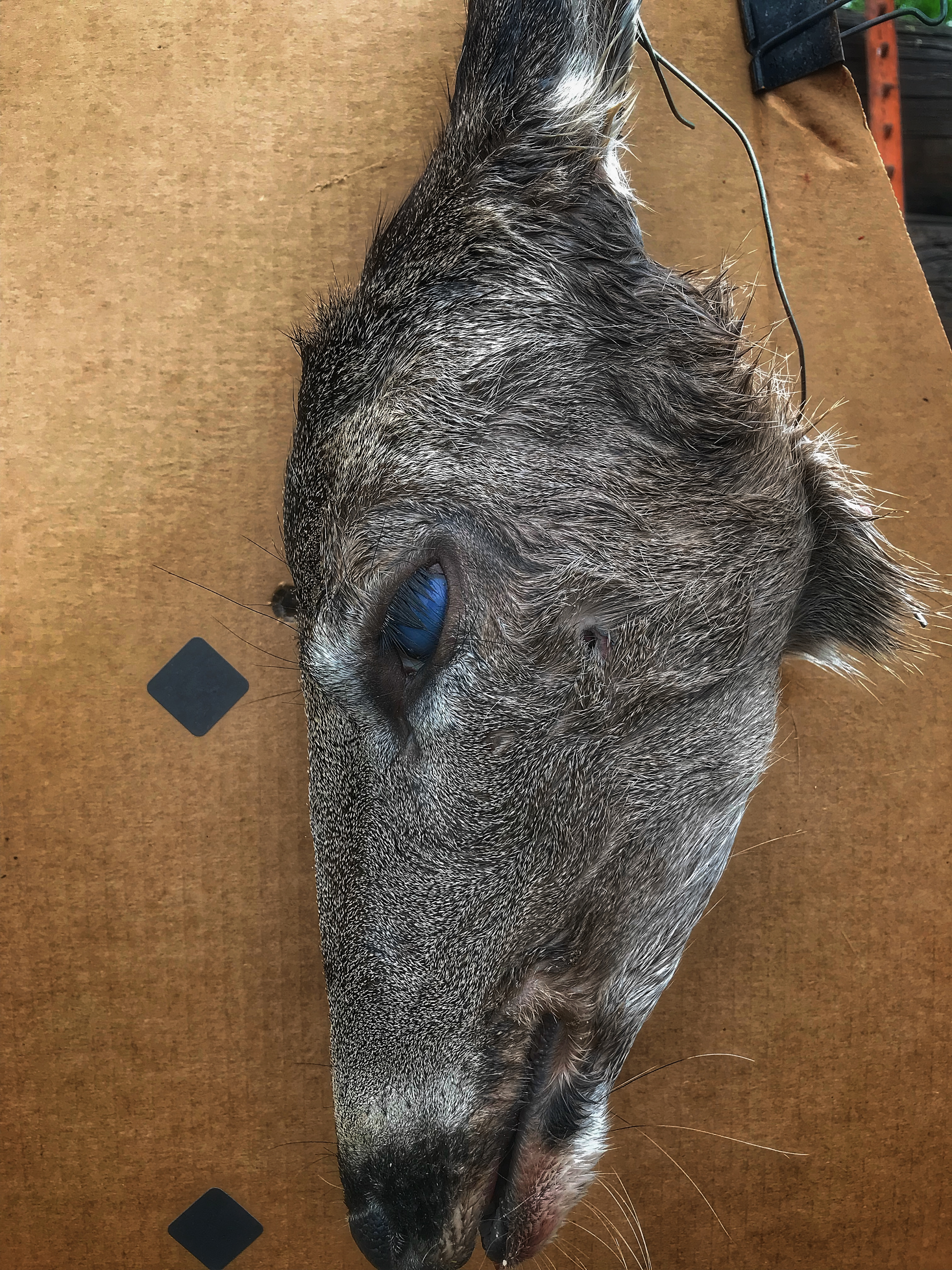 Exit through the jaw. 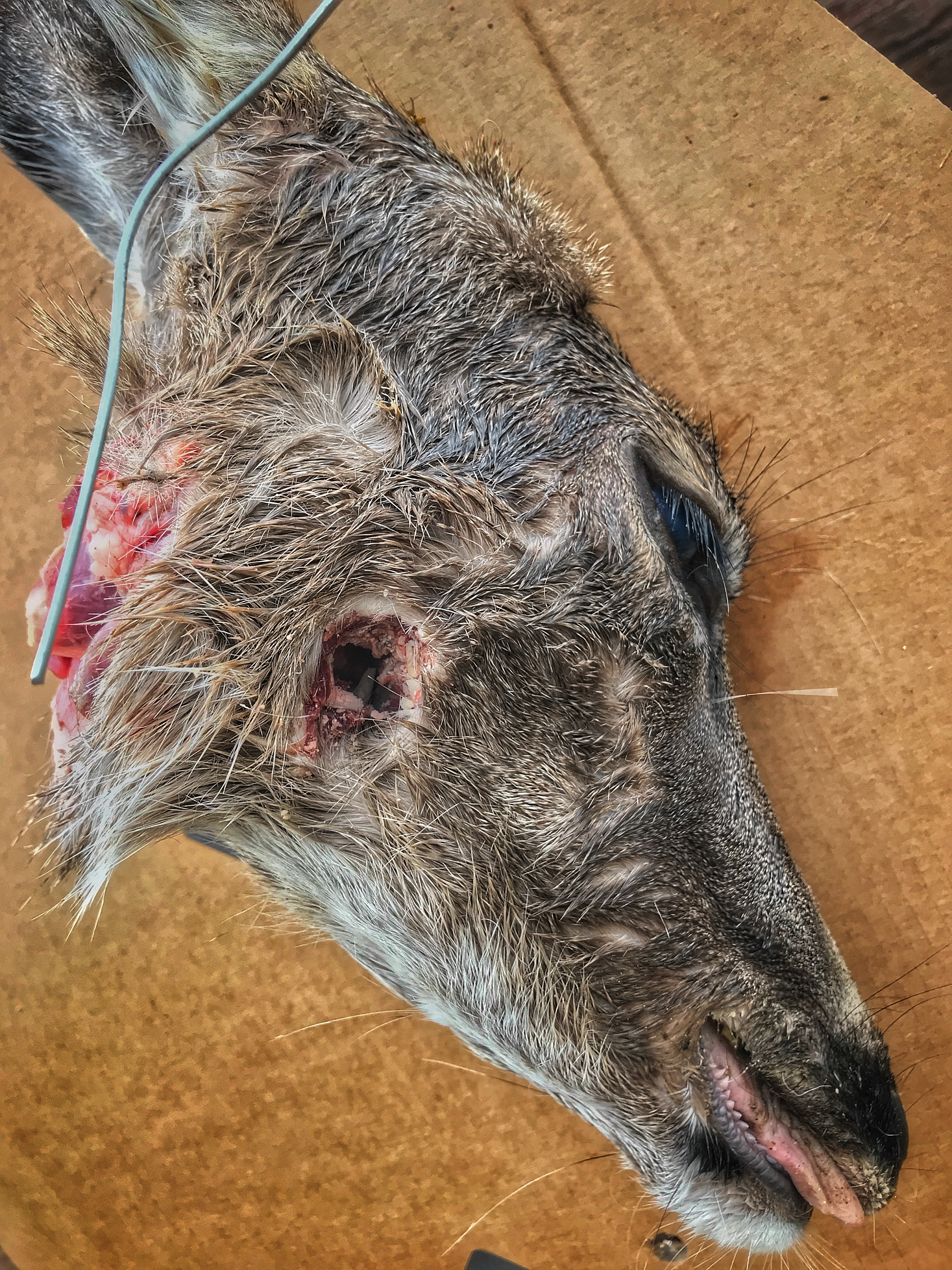 Here is the Exit first (because the forum decided to download it that way and the Entrance (through the eyelid) second. 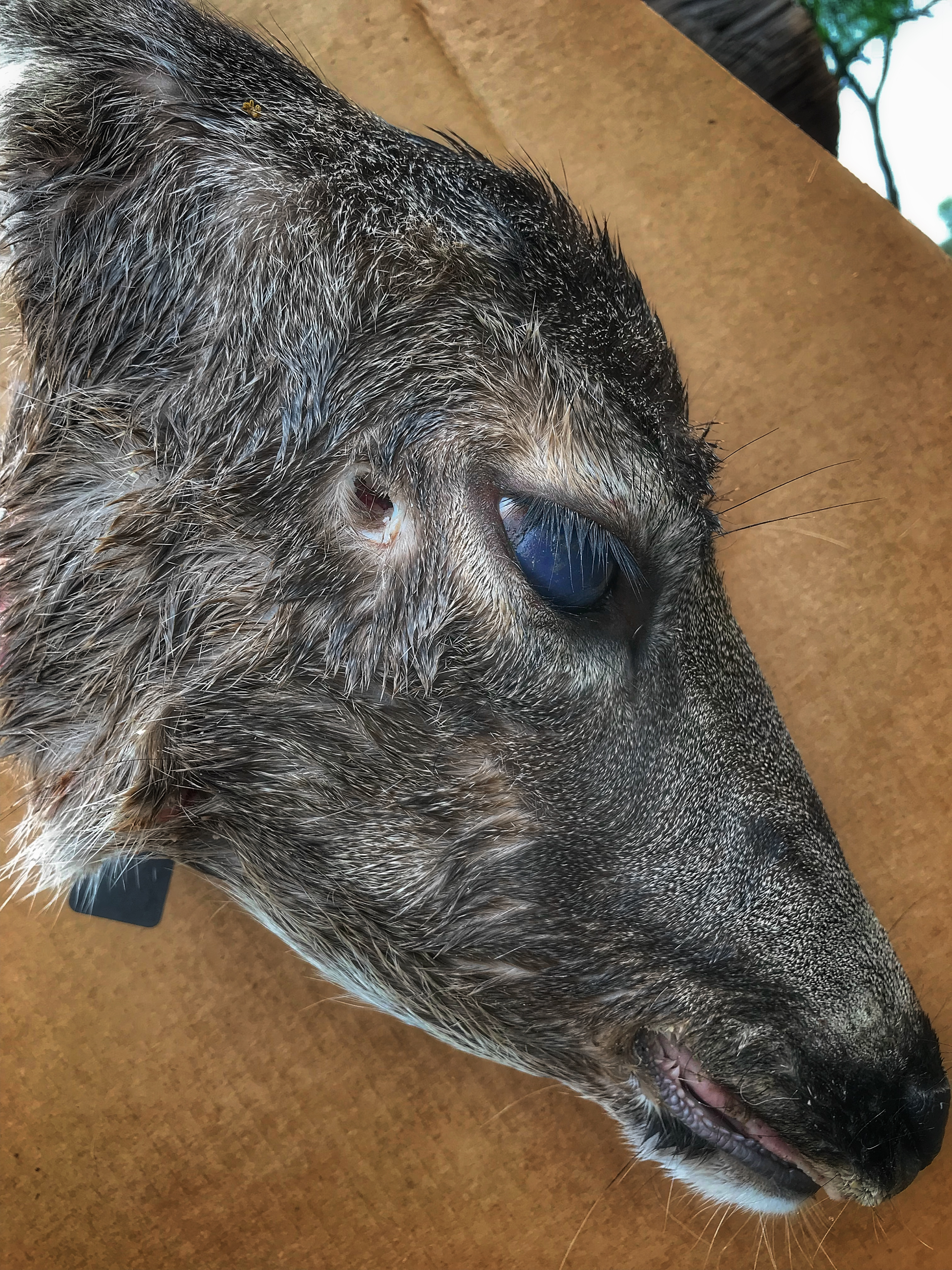 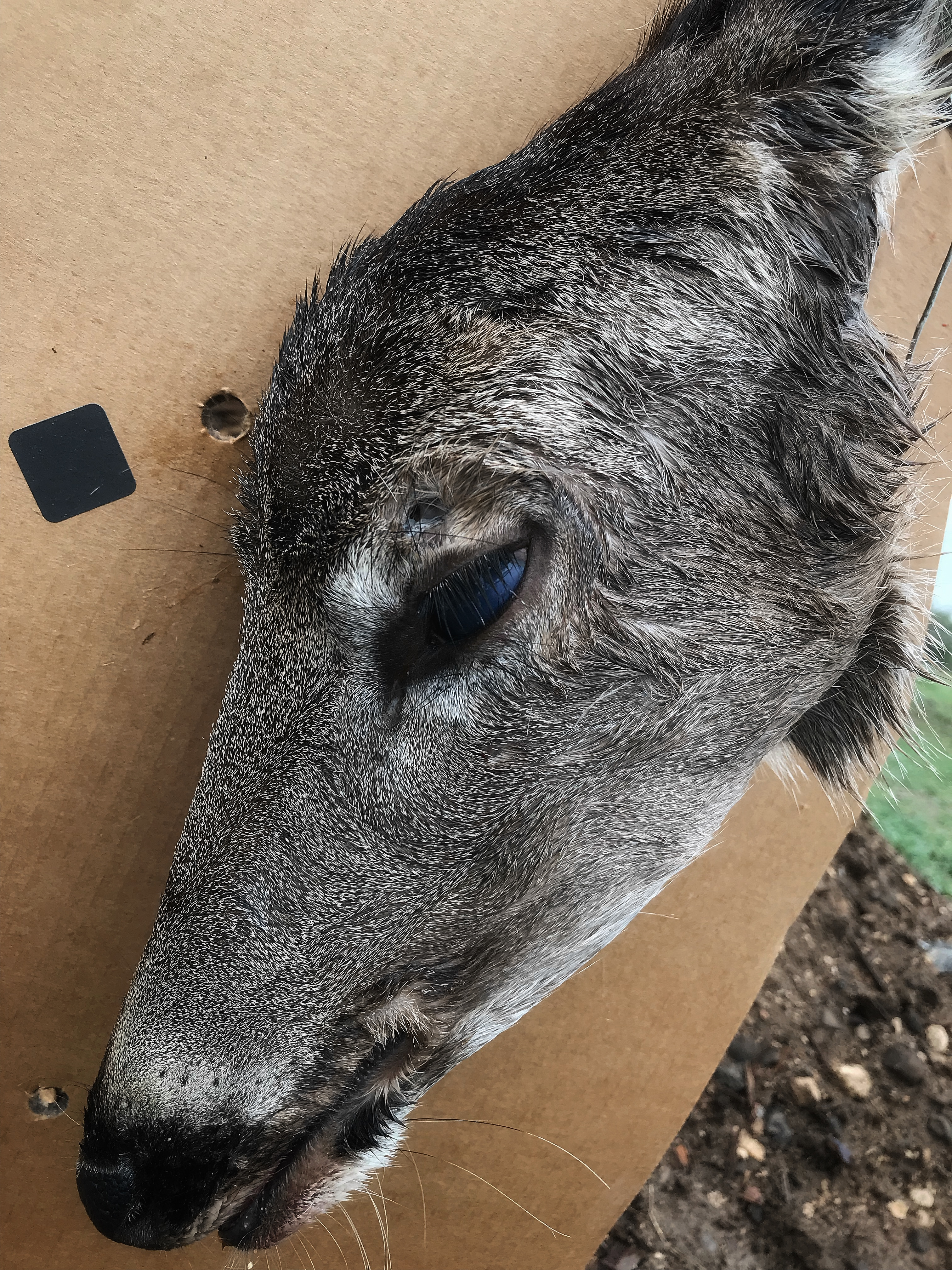 Consequently, my eyeballs are still in tack as well. 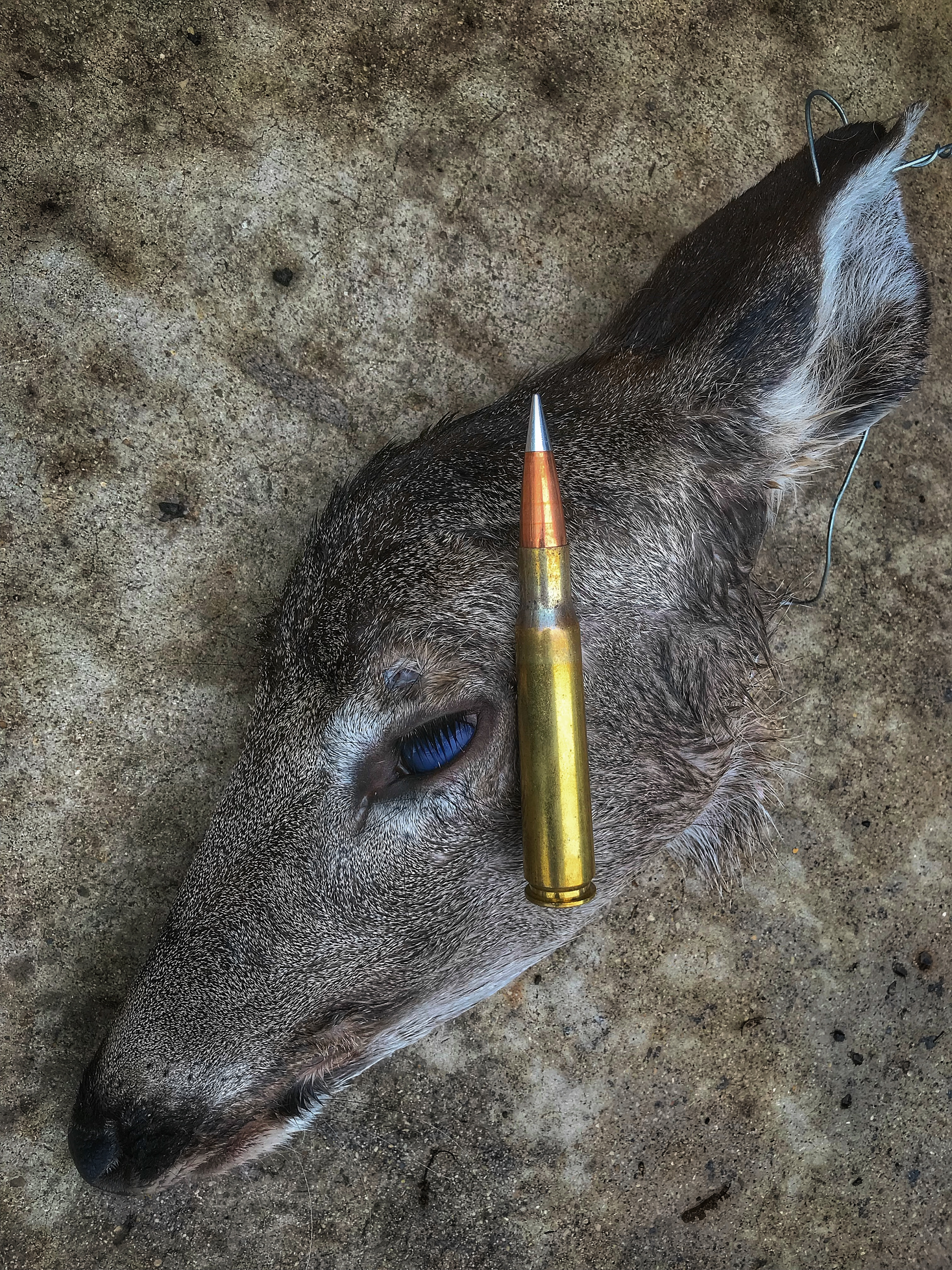 Folks, it’s essentially a ball round (non-expanding) that poked a hole through the head like any other ball round would. I myself have shot deer in the head with non-expanding rounds and they look the same as this one. But, put a soft/frangible/expanding round through a head and things will come apart quickly.

Disclaimer:  I know that a live (sealed) head responds somewhat differently than a “dead” one. But, not THAT much differently.

We finished off shooting 1,400 yards with the .50 BMG. And, I had a screaming headache by the end of the day. 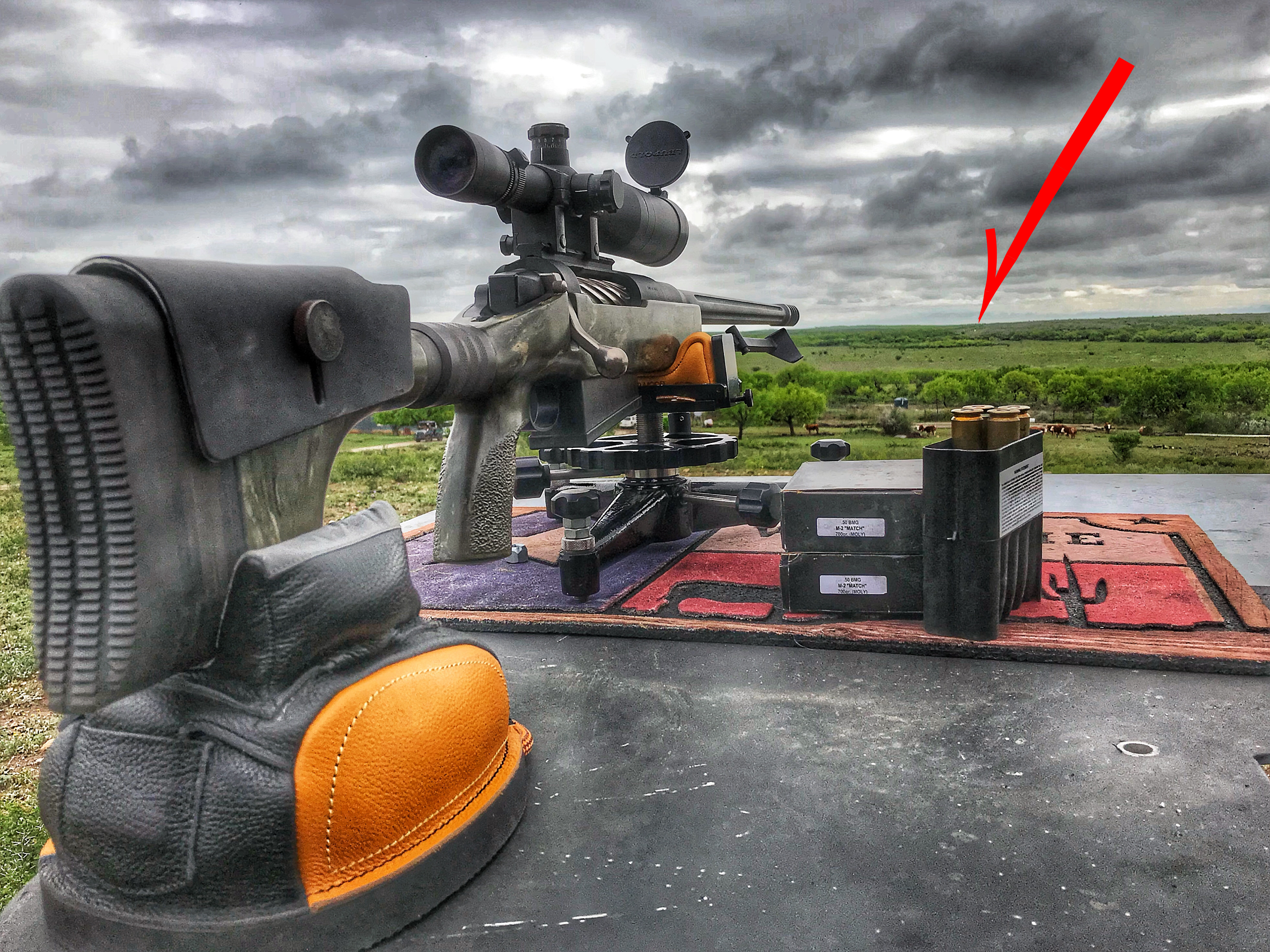 They just aren’t fun to put a bunch of rounds through.
"To Hell with efficiency, it's performance we want!" - Elmer Keith
1 · Share on TwitterShare on Facebook
«12»