Zee Senior MemberPosts: 24,018 Senior Member
June 2018 in Hunting #1
A farmer friend of mine that I thin pigs for has been getting hammered by deer as well. So, he applied for Depredation Permits from the the Parks & Wildlife Department and listed me as a shooter.

It’s a pretty thorough ordeal to cull deer on a Depredation Permit. Unlike pigs which can be shot with “reckless abandon”, all the deer have to be tagged, documented, processed, and the name/address of the shooter/processor/recipient recorded on a log.  But, they can be culled year round and at night (neither of which is legal under standard hunting laws).

Only shooters whose information has been submitted and approved by P&W may participate and there are two pages of steps/measures/rules that must be adhered to in the act of culling. Holy crap!!

The farmer called the Food Bank in the nearest largest city and told them we would be culling deer. They dropped off a refrigerator truck for us to store the deer in and returned the next day to retrieve the truck. All the meat to be processed and delivered to folks in need.

In a couple hours, we culled 13 deer. Gutted, removed the trachea, tagged, and loaded in the refer truck. 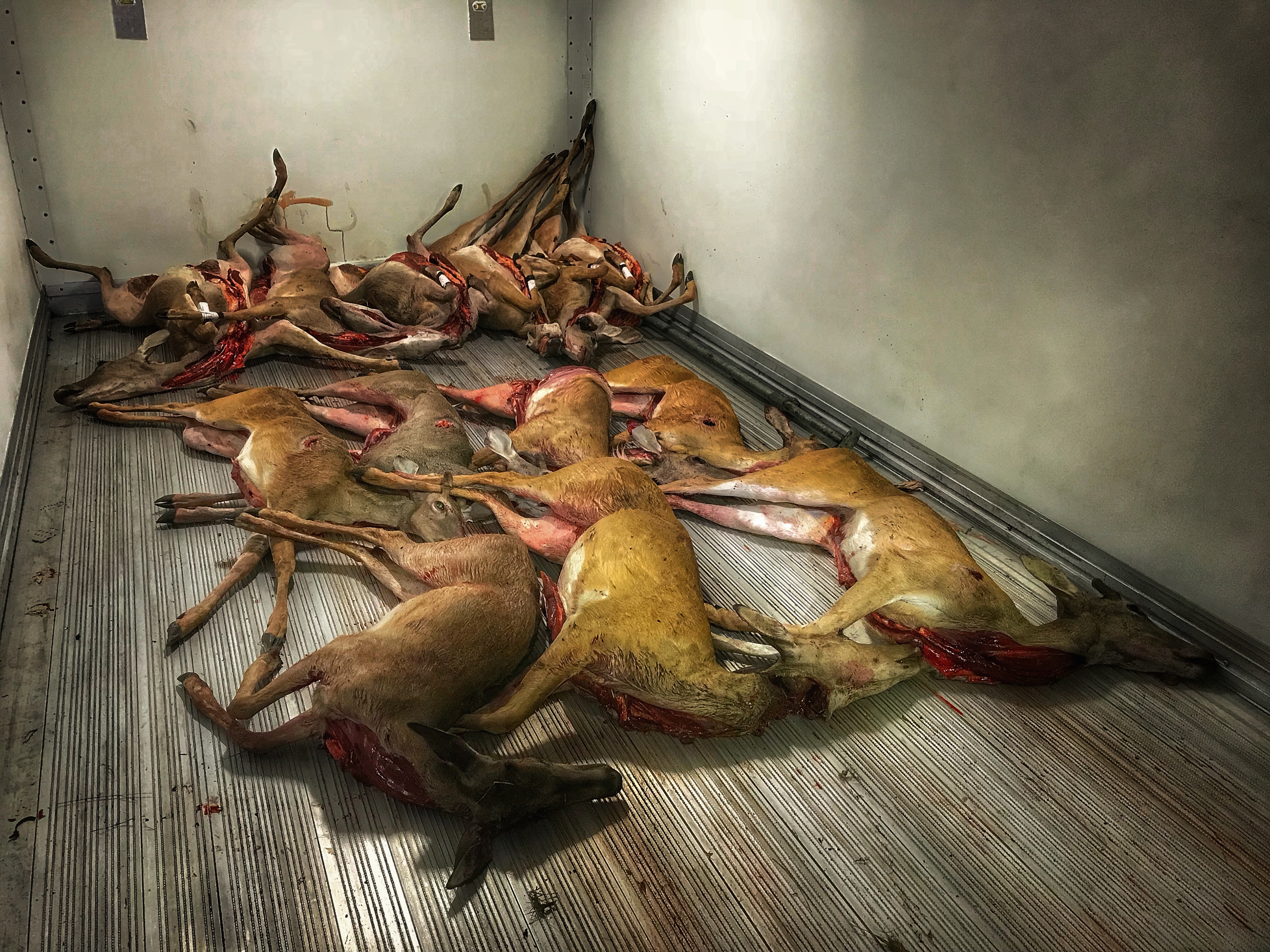 8 does and 5 bucks were taken and every doe was carrying. 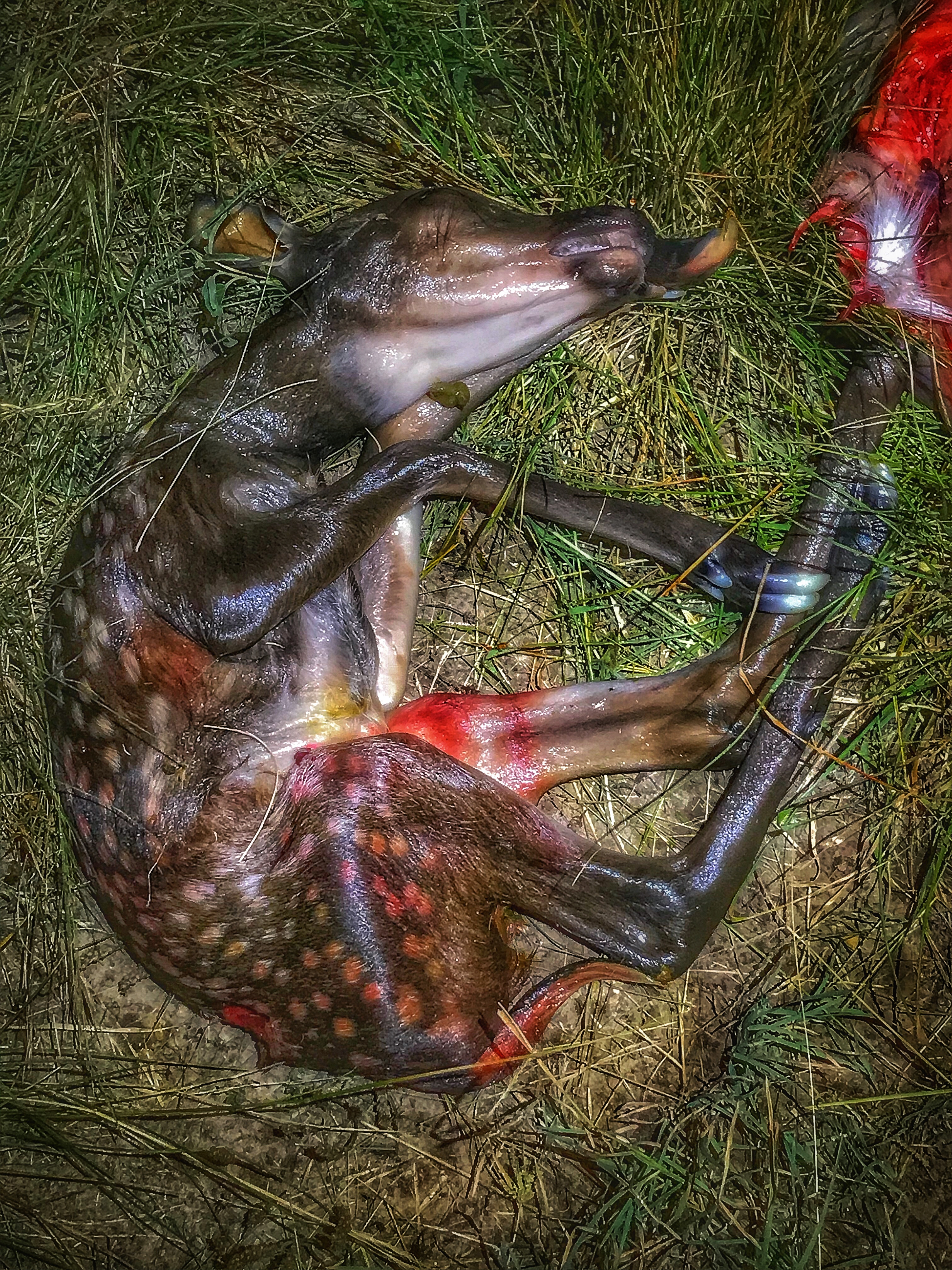 So really, we are saving the farmer from future damage as well.

We would select, cull, gut, tag, load, and repeat until the ATV was full. Load them in the refer truck and go back out. 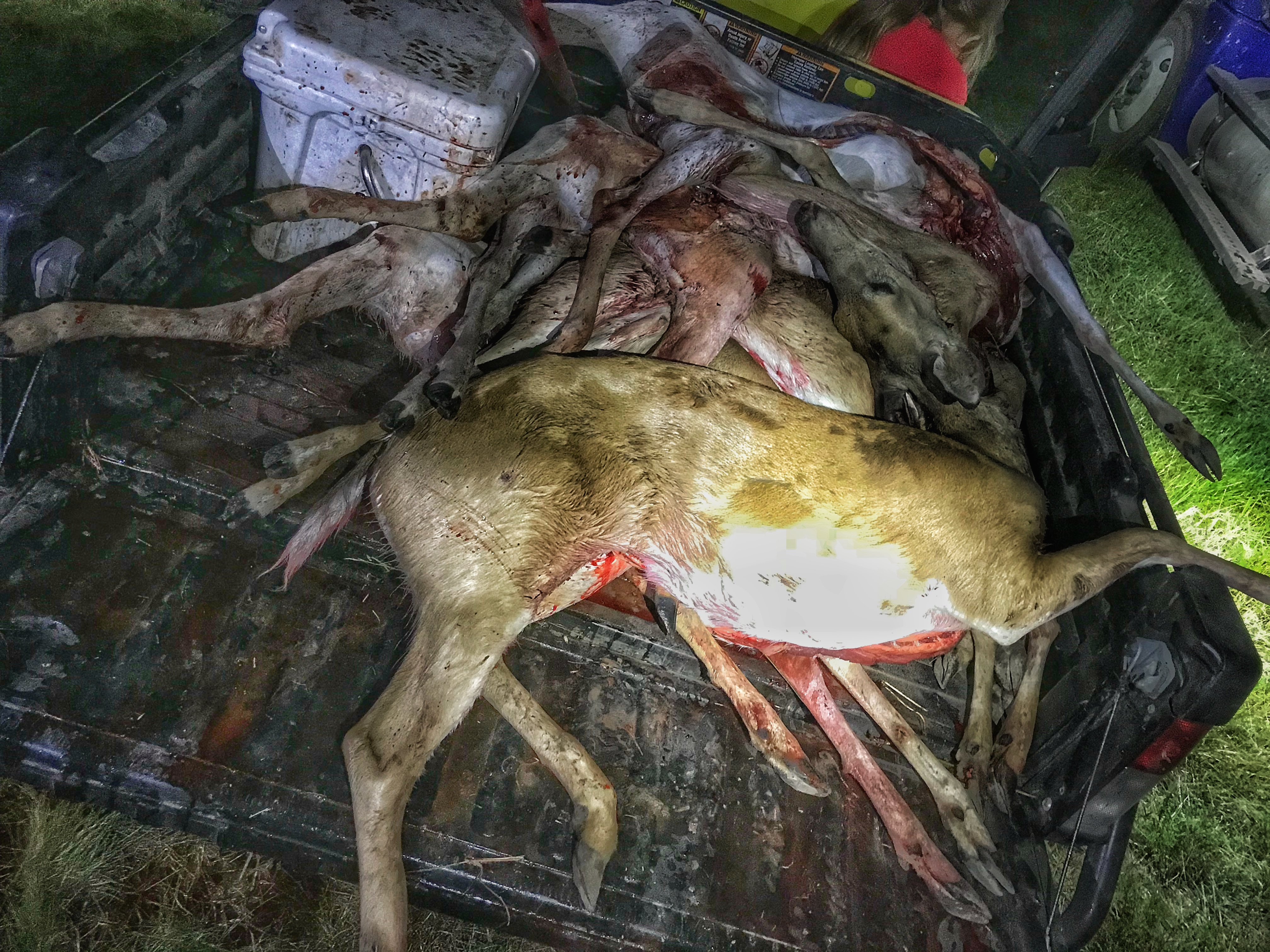 This was but a drop in the bucket of all the deer we saw. But, considering the need to recover edible carcasses, we couldn’t just slay away. Still, it was fun. And he has unlimited permits that are good for a year.

I’m gonna be busy.
"To Hell with efficiency, it's performance we want!" - Elmer Keith
2 · Share on TwitterShare on Facebook
«12»