Jay Senior MemberNew Mexico/TexasPosts: 4,550 Senior Member
July 2018 in General Firearms #1
In my other thread, I went over the plan for this build and sought some advice. I got good advice and have been picking up parts here and there. Everything finally came in and the gun is finished. Here’s the link to the other thread.
https://forums.gunsandammo.com/discussion/36676/308-win-ar-build-thoughts/p1

And heres a pic of the finished gun. In my next post, I’ll give a general list of the parts used. 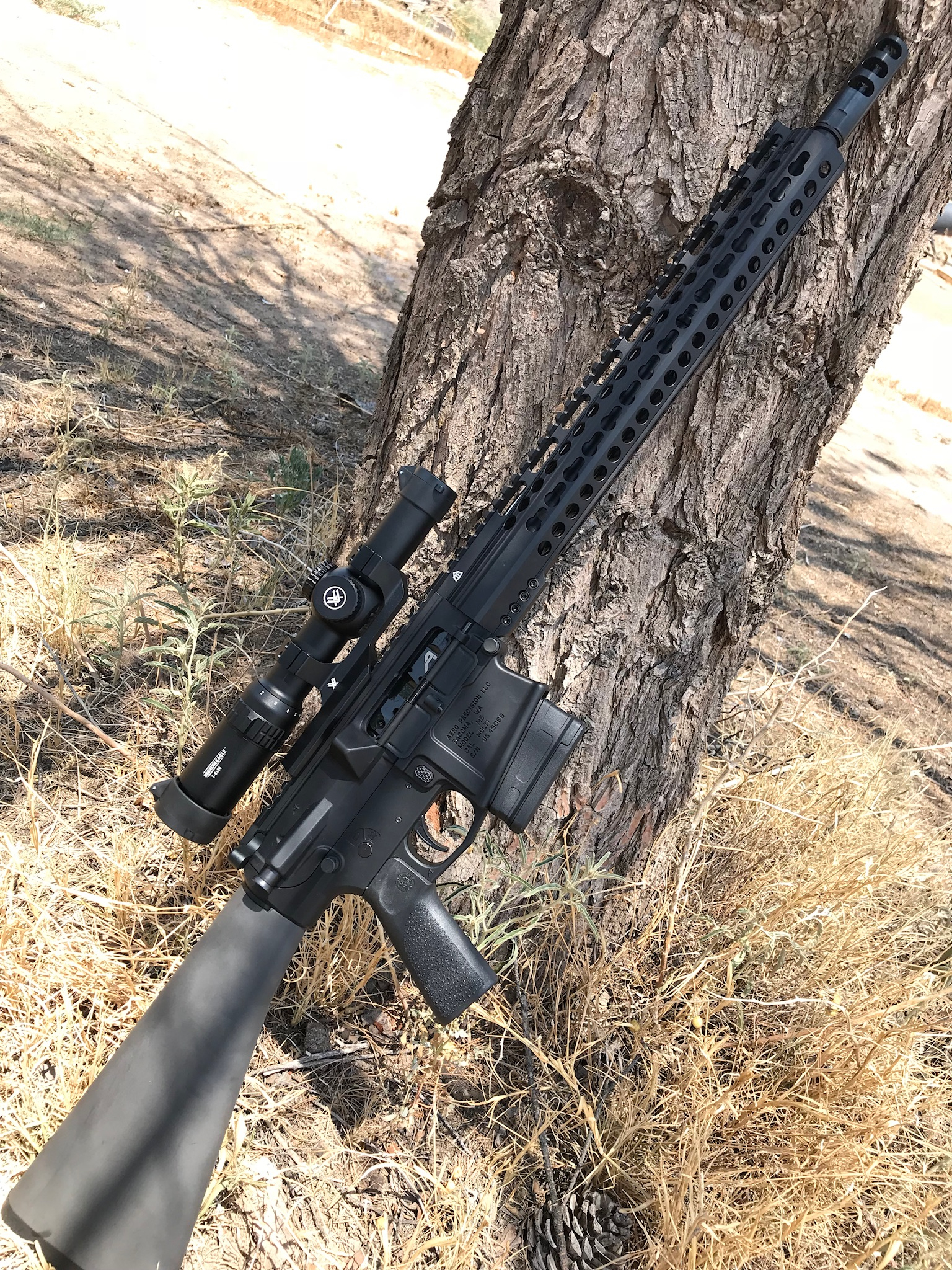