TurdusMerula MemberPosts: 356 Member
October 2018 edited October 2018 in Hunting #1
As the temperatures have dropped enough so I don't have to cut and freeze my possible kills in the next morning I decided to go hunting on a week day, after the work. On tuesday afternoon I packed my rifle and something to drink with me and called my father that I'm gonna go hunting if he wanted to come too. Of course he did.
I drove my 80 mile trip to our hunting area and we decided to go to one field that has been sown with oat and broad bean especially for the deer and moose.  It's about 5 hectares acreage. It was supposed to be sunny evening but when I got there rain was falling from the skies. My dad took another field a few hundred yards earlier and took his place there.
Luckily on the side of the field I was there is an old shelter for the hay poles so I could be out of the rain. Waiting game started. I had about two and half hours until the darkness would be too thick to see if there is anything on the field.
At 6.45PM I noticed movement on the left side of the field. A lynx! It was calmly walking towards me and sat around 80 yards from me. They are pretty rare here and this was my 2nd time in my entire life I have managed to see a lynx in the nature. It sat there, obviously waiting for the deer arrive. Just like me. I tried to take some kind of picture of it with my phone through the rifle scope. Managed somehow, you can at least recognise that it's a lynx from the picture

I wanted to get rid of it so it wouldn't scare the possible deer away so I started to whistle. Nothing! Just watching towards me trying to figure out where the whistling is coming from

Started to wave my hands. Nothing! Started to clap my hands. Yes, you guessed it. Nothing! Then I stood up and coughed. That did the trick and it left. Slowly...
After five minutes at around 19.00PM a bull moose walked into the field from the forest line. It started to pick food into it's mouth 200 yards away from me. Unfortunately moose was out of the list at the moment. Otherwise it would have been an easy kill. But it was nice to watch as it slowly enjoyed it's meal.
Lights were dimming pretty fast and at 19.20 I heard a shot from my father's point. Tikka 308 got some attention from the bull. He raised his ears and oat was hanging from his mouth but after a couple of minutes he put guards dow and kept eating. Ten minutes later I heard two shots about a mile away. I knew one of our members was hunting there and I felt a tiny sting of the envy. I had company from everything else but the deer. So it goes most of the times as you all know. To and salt to the injury couple of raccoon dogs (Nyctereutes procyonoides, not the same as your raccoon...) came to me and gave me the middle finger

Soon it was so dark that if there was anything, I wouldn't see it. I left to help my dad with his deer. Lifted it into my car and drove home. My dad would cut it next day.
On thursday I desiced to try some revenge. Weather was much nicer and the set up was the same. I took the same field and my dad took the other. It was a very quiet and uneventful wait. Nothing to be seen except some ravens making noice in the sky. It started to get dark and still nothing to tell your grandchildren. At the last minutes of light I was pretty sure that there wasn't any bushes by the big ditch that cuts through the field 220 yards away. I look through my Zeiss and yes! there was a deer. Dark silhouette was moving slowly by the banks of the ditch. I radioed to my dad that here is a deer and I'm gonna try to shoot it if it's possible, please keep the noice down there...
It took couple of minutes until the deer finally stopped. Light was dimming fast but I took a deep breath and pulled the trigger.
Deer started to run but I was certain it was a good shot. Thanks to illuminated dot my Zeiss has. I didn't even chamber another round. It bolted about fifty yards and stopped. I started to rethink the situation and decided to send another ttsx on it's way. Huge muzzle flash lit my view again from the barrel of my 798 and when I could see again the deer was gone. I was certain that it had dropped. Called my dad that I will go and check and he was already on coming after the second shot.
I walked through the field towards the place I last saw the deer. I had to use crossing place and started to canvas the field with my flash light. It was pitch black dark at this point. Then I saw my fourth deer for the season. A buck was playing submarine in the middle of that ditch. Oh my! I was already imagining my wet pants to collect it, but as wonders never cease I managed to grab it's other front leg and even managed to haul it closer with my two finger steely grip

It had two bullet holes 2 inches apart and a blown heart and lungs. Good shots I managed in a very bad lightning at 220 yards.
Dad came to help and with dragged it into the field. Soon it was gutted and inside my car. Thursday was my evening! Happy man, as for some reason this ugly antler buck felt a really good catch. I got a lot of meat into our freezer from it. 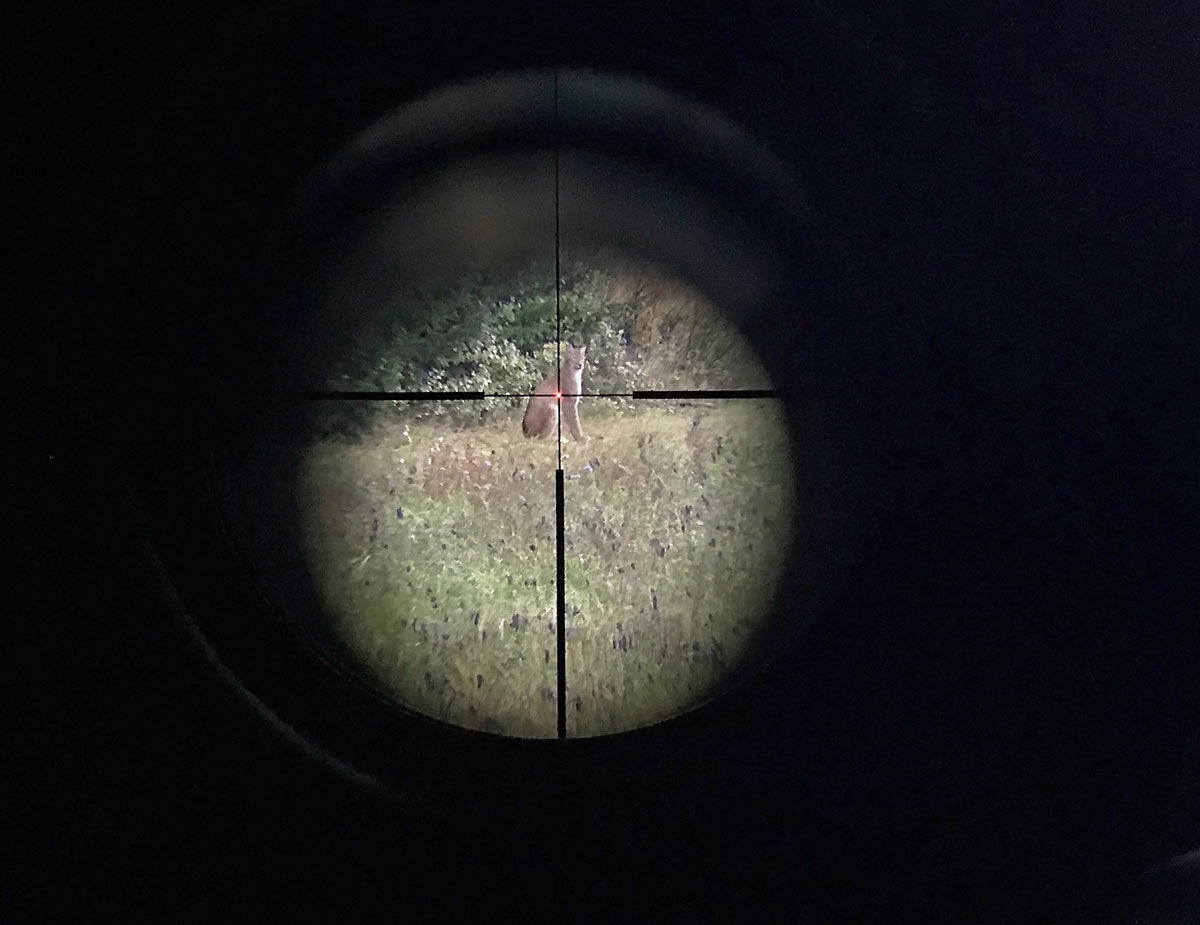 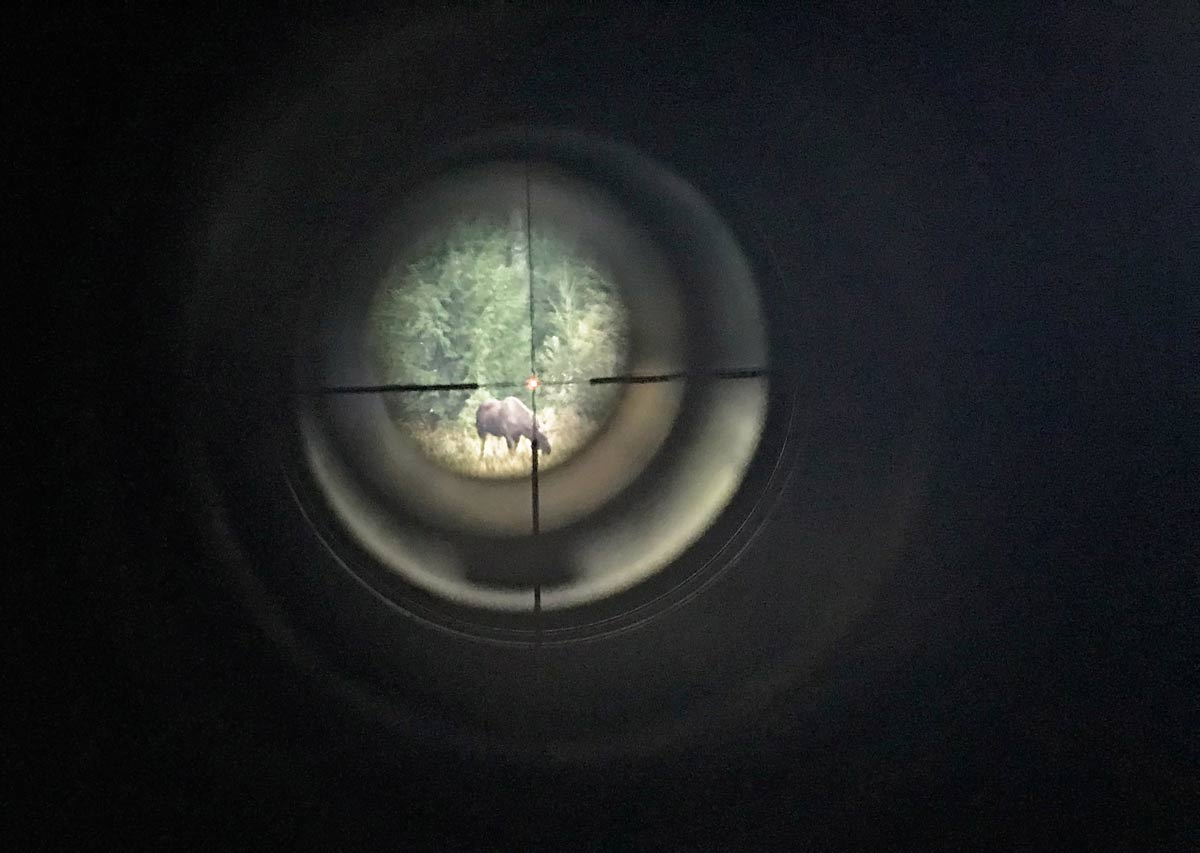 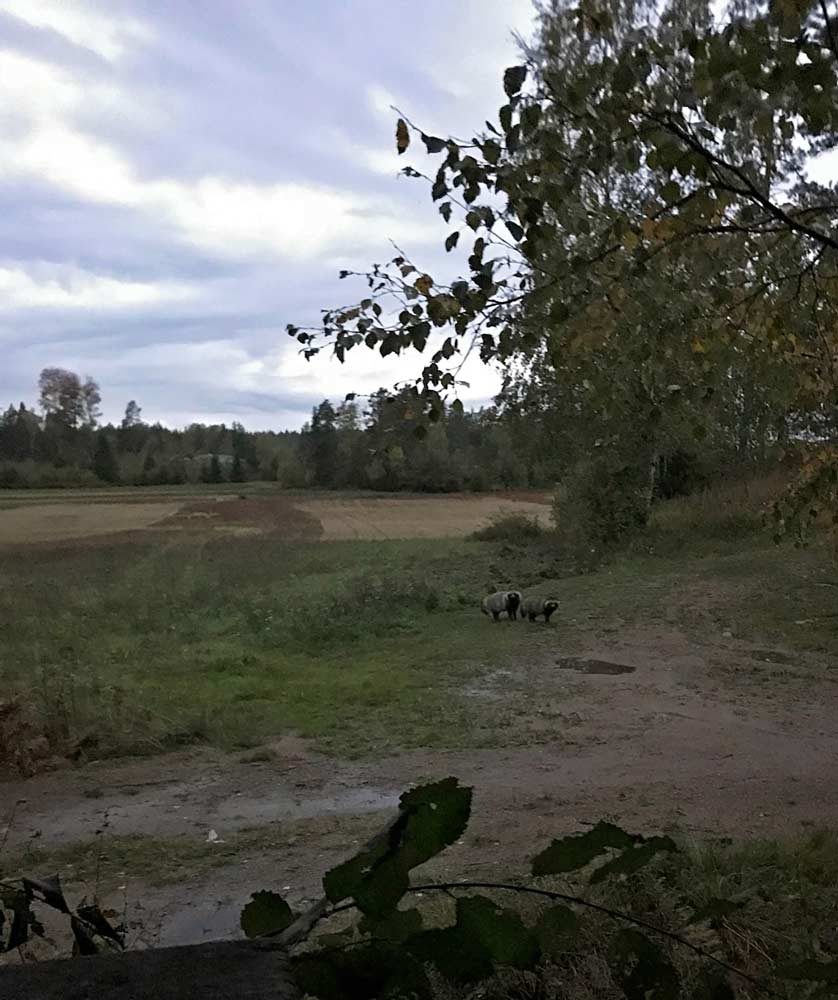 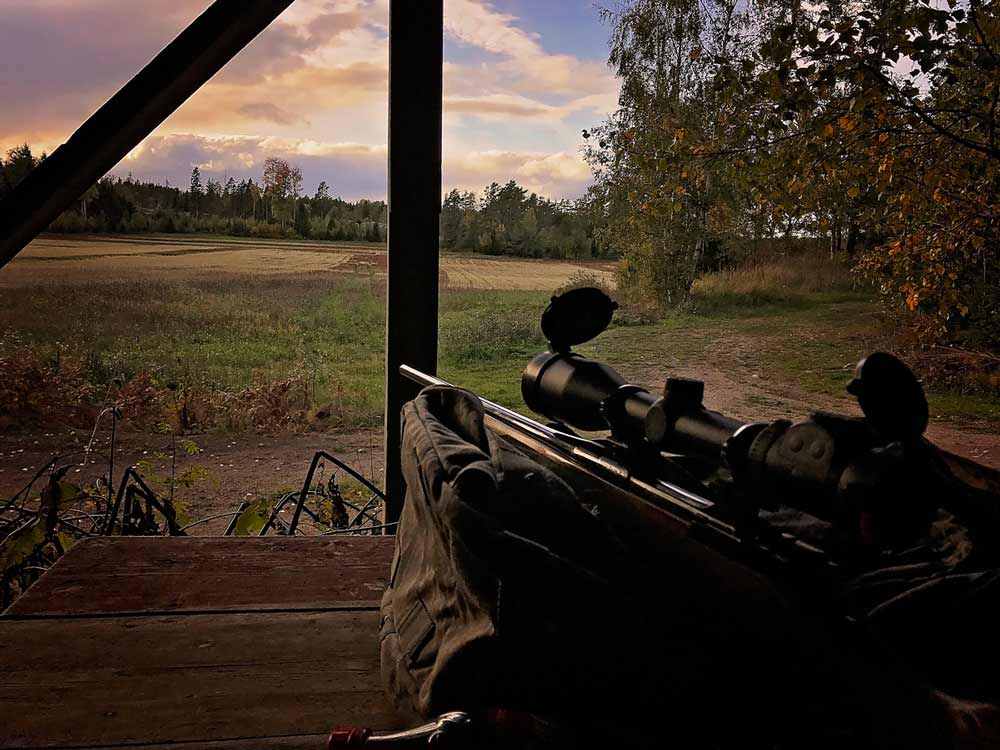 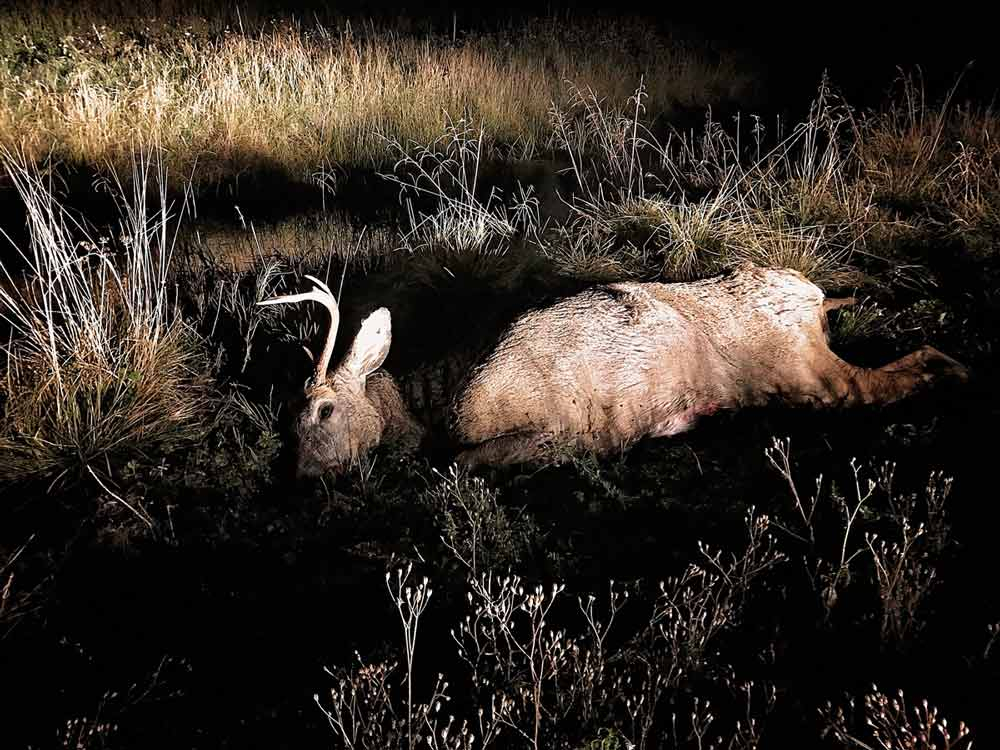