Six-Gun Senior MemberPosts: 8,155 Senior Member
October 2018 edited October 2018 in Hunting #1
So, JerryBoBCo and MileHighShooter decided to pull the trigger on a hunt in Montana this year.  They opted to go opening weekend, renting a camper and setting up on a stretch of public land that I recommended as a their operating base.  In preparation, they asked me to come up and help get them oriented in unfamiliar territory, and were kind enough to provide both food and camper space for me to join them.  I was happy to join them and try to steer them in the right direction for a few days before heading out with my regular group in mid-November.

I don't want to go into too much detail because I want to let them tell their own stories, but let's just say that the whole affair was a remarkable success.  In the 2 days that I was with them, they dropped 4 deer and a turkey.

MHS after filling his whitetail doe tag with a 6mm Creedmoor: 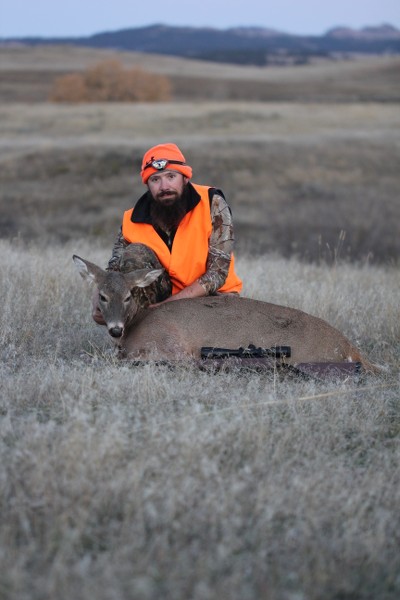 MHS with his *first ever* turkey!  A Merriam's bird shot with my Benelli Super Black Eagle 3 and Winchester Long Bird XR 3", #5 loads: 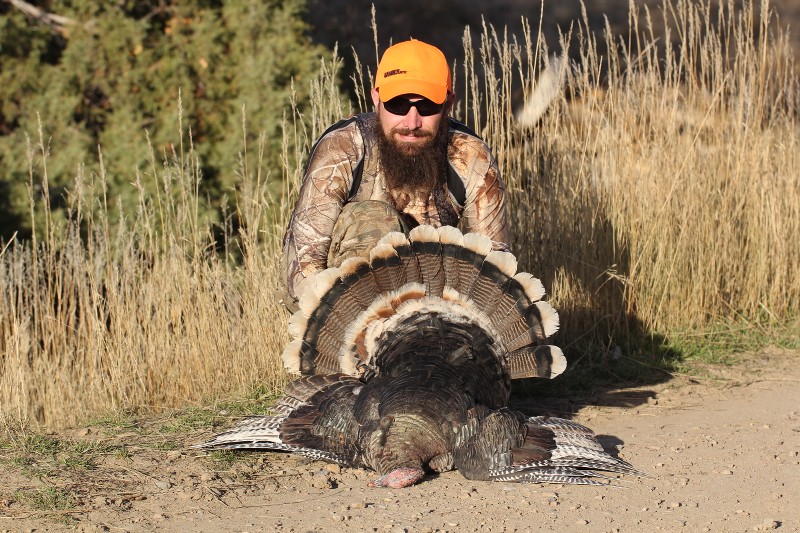 Jerry after filling his whitetail doe tag with his .358 Win on the first evening hunt: 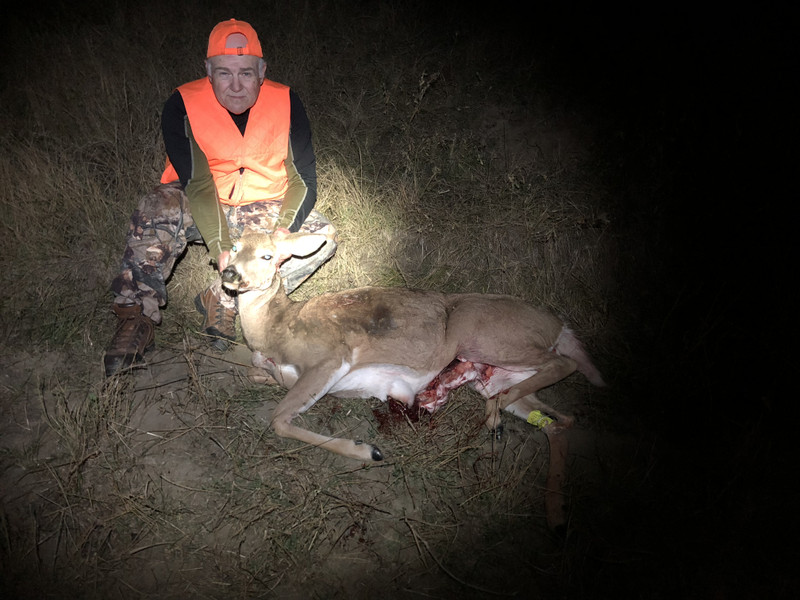 Jerry also scored a whitetail buck, but we failed to get a pic of it.  He was tagged out on the first night!

I'm also holding a whitetail doe and mule deer doe tag, but I realized that it made no sense to shoot a deer with no time to have it processed.  I'll hold off on shooting those until I return in November for my regular hunt.

In the meantime, I snuck off during their first evening hunt to bag a turkey of my own, and get first blood on my Black Widow PCH-X.  I got it with a Magnus Stinger 150 gr. fixed blade broadhead: 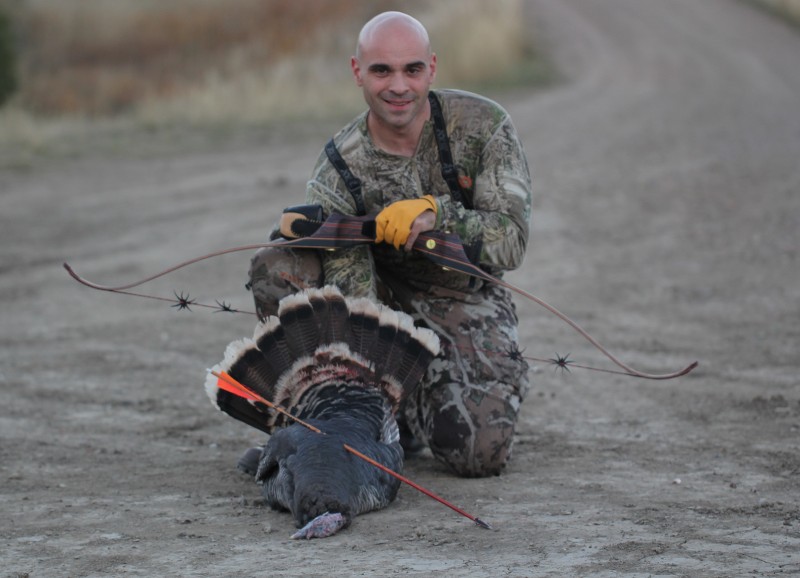 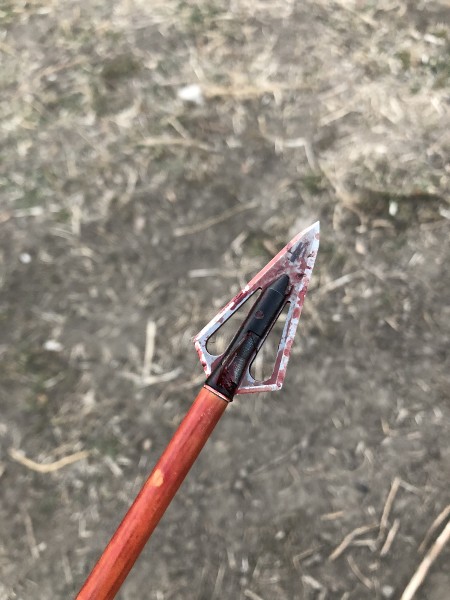 We also went on a little sharp-tailed grouse excursion, in which I bagged one bird, but again...I forgot to take a pic.  It was great fun though, as they got to see a good number of birds (not as many birds I saw as last season) and Jerry took the bird's hide and feathers to use as fly tying material.

Yeah.  I'm going to go out on a limb and say that they had fun.