shotgunshooter3 Senior MemberPosts: 6,019 Senior Member
October 2018 in Personal Defense #1
A few months ago I inquired here about using a slide mounted MRDS on an EDC rig. Many people here, for numerous good reasons, were opposed to the idea. Nonetheless, I'm stubborn, and may have been seeking some confirmation bias. Anyway, I ponied up for a second slide for my Glock 19 that had been milled for a RMR, and mounted an RM06. Since then, as discussed in the General Shooting section, I also threw some other upgrades into my EDC.

This thread, however, is not about that. Something that has been brought up numerous times about the MRDS on an EDC is the added bulk. I will say unequivocally, in my situation, it is a non issue. I will demonstrate below: 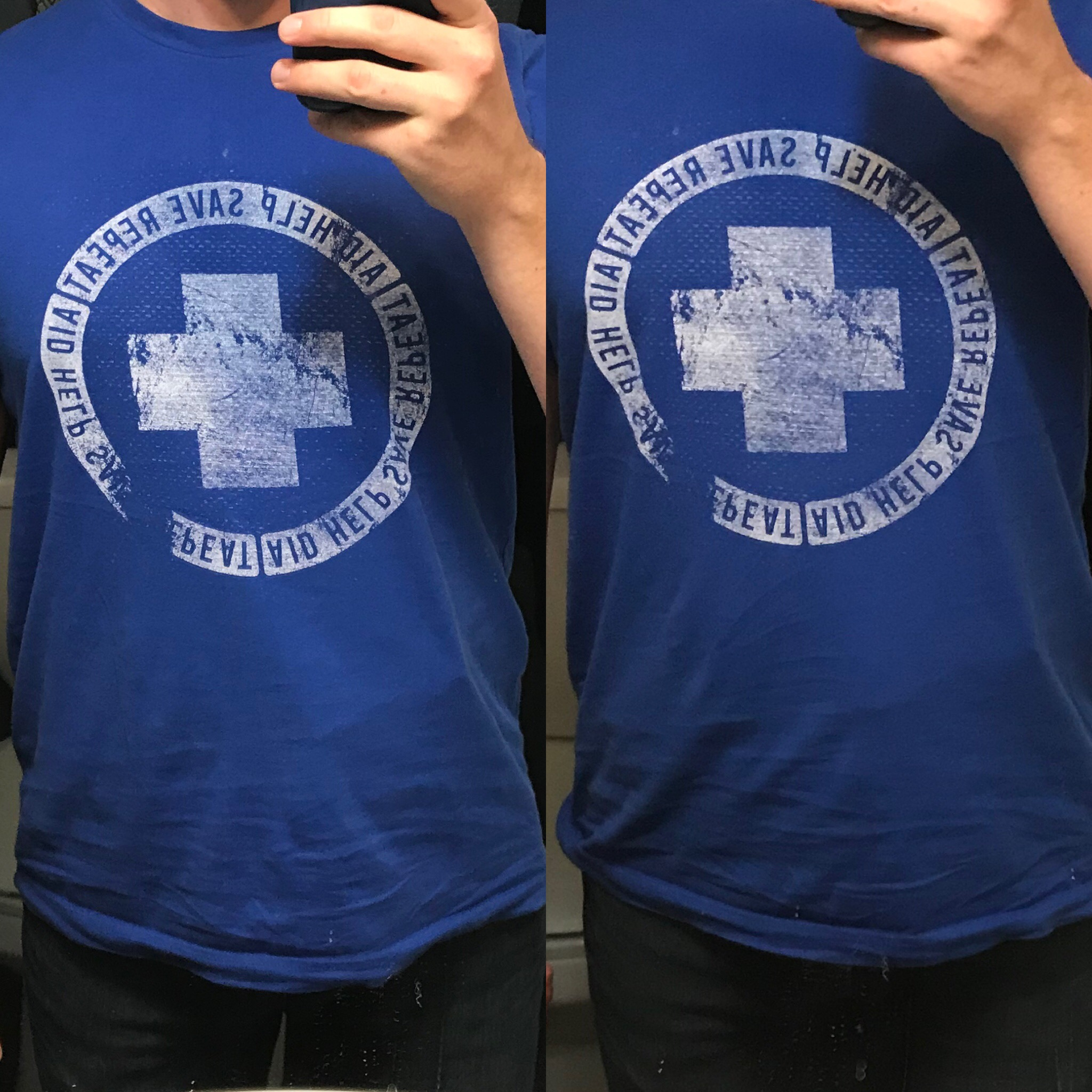 There's a slight bulge created by the butt of the gun and the rearward portion of the slide, but not much. I'd venture to guess that 95% of casual observers wouldn't notice it, and those that could figure out what it is wouldn't care. My point, however, is that the RMR adds NOTHING to the printing of the gun. I could see this changing if I was using a closed emitter optic such as the new Aimpoint ACRO, but the typical MRDS design presents no issues here.

Example 2, space on the belt part 1 (go ahead and make fun of my belly fat): 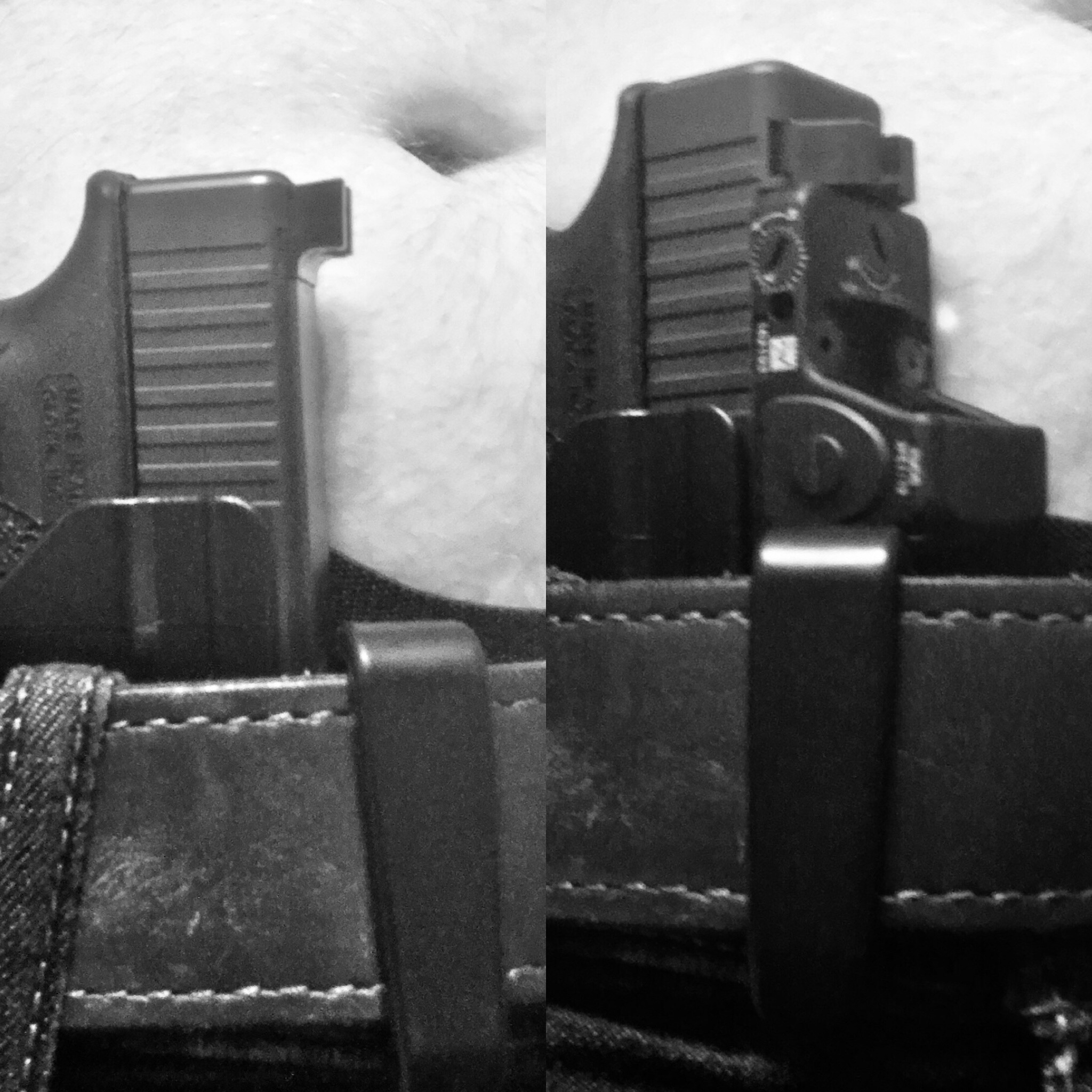 As you can see, the RMR occupies space left vacant by a gap between the belt, body, and holster. 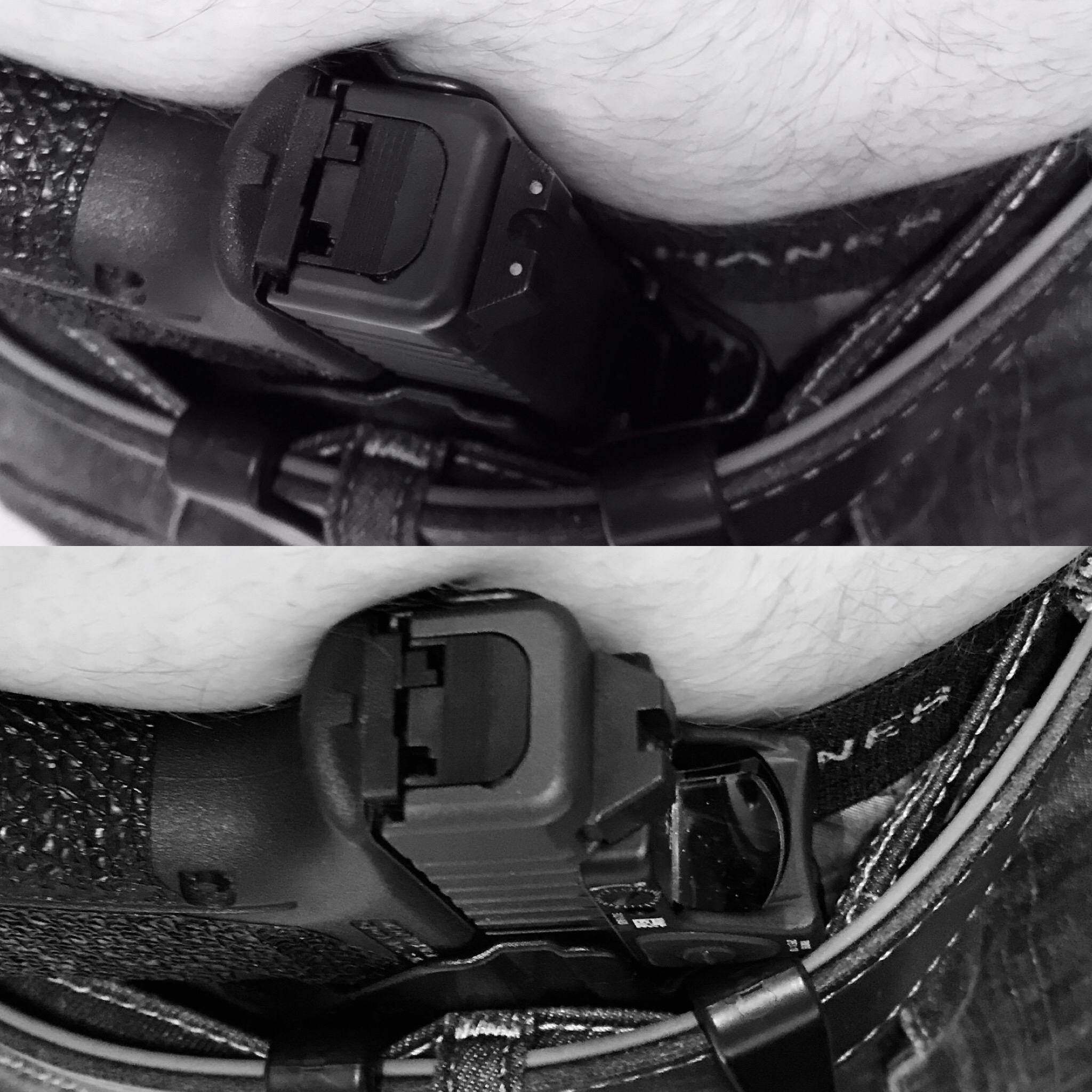 Again, it fills a space that was previously empty anyway.

Just food for thought. In my mind there are obvious advantages and disadvantages to the MRDS (cost being a large one). Critics on both sides make valid points. However, for typical IWB or AIWB with a Glock 19 sized handgun, I don't think there are any issues whatsoever with conceal-ability. Your mileage may vary, especially if you tend to carry smaller handguns where the MRDS would add a significant more percentage to the space filled.
- I am a rifleman with a poorly chosen screen name. -
"Slow is smooth, smooth is fast, and speed is the economy of motion" - Scott Jedlinski
0 · Share on TwitterShare on Facebook
«12»