Zee Senior MemberPosts: 24,051 Senior Member
November 2018 in Hunting #1
Been after this sucker and the female for the better part of 6 months!!  Regularly get pics of them on my game cams. The most recent was the other night. 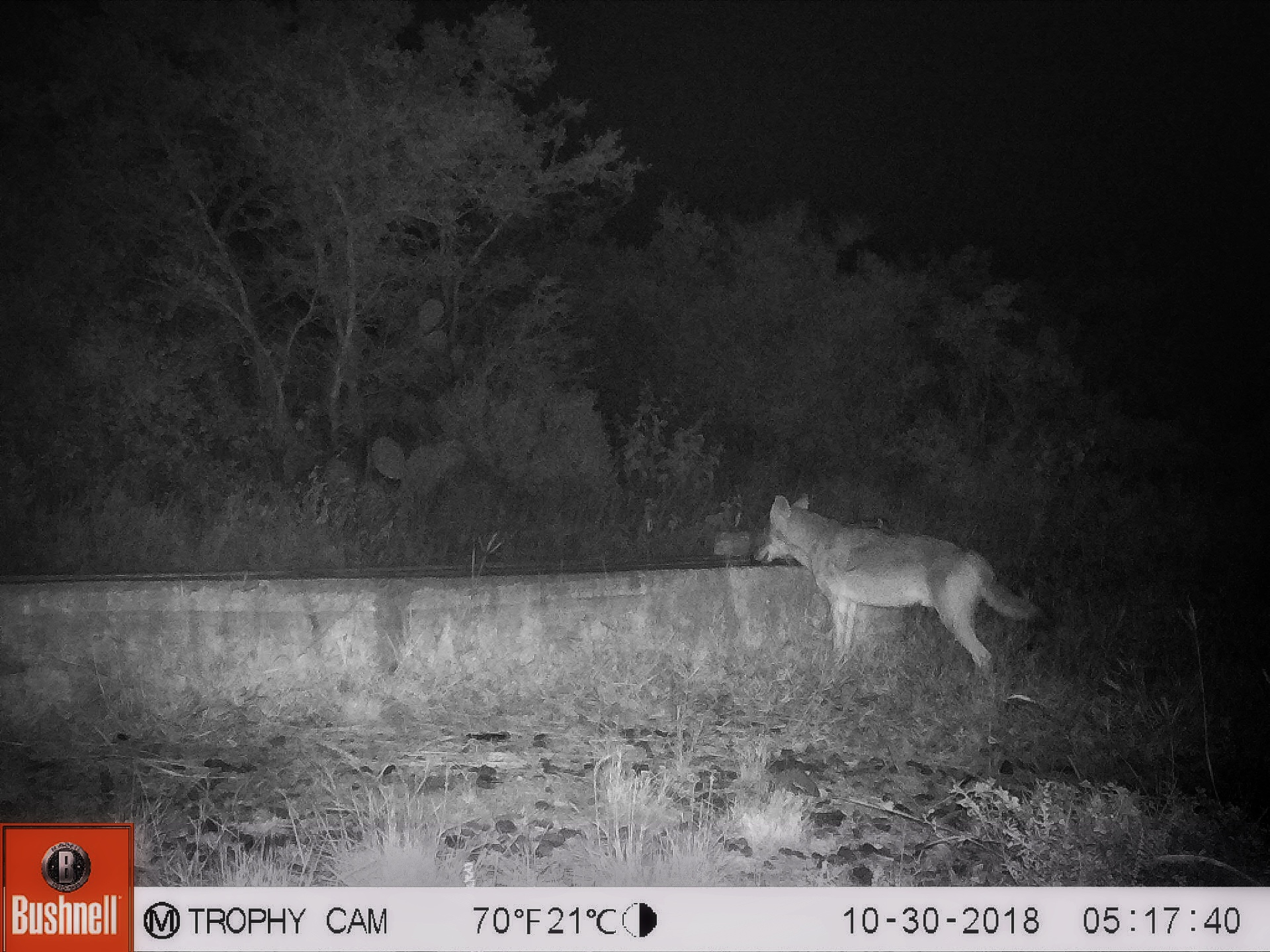 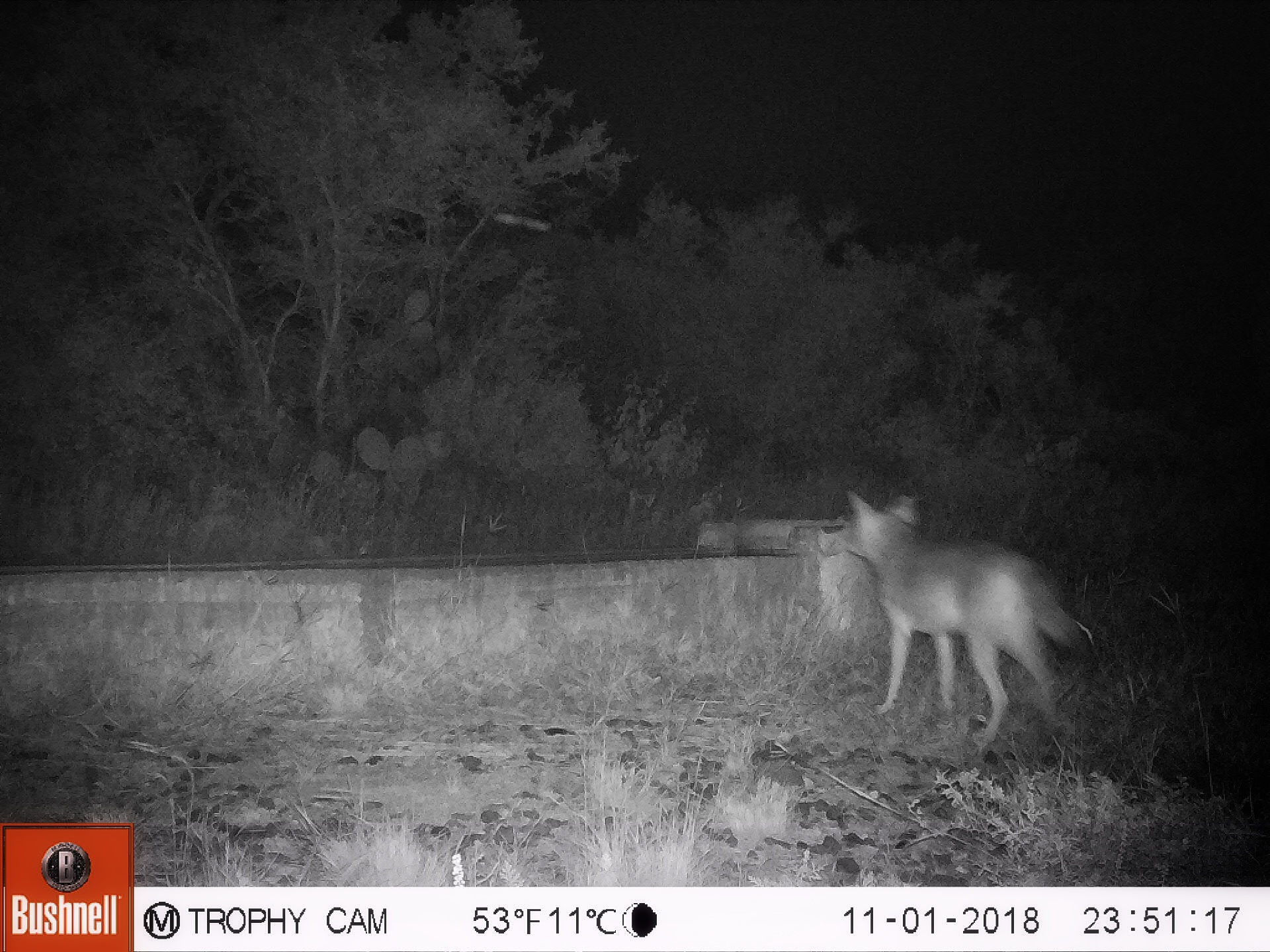 Called them in twice at night several months back. But, was unable to connect. Since then, they have been call shy.

So, this morning, while everyone else was deer hunting. I sat a stand for a bobcat or yote.

Shot a female bobcat from this stand about a 2 weeks ago. She came into a call. Knew there was a male cat left and saw him from this stand last weekend when my boy shot his deer with the handgun. Figured I might see him again this morning. 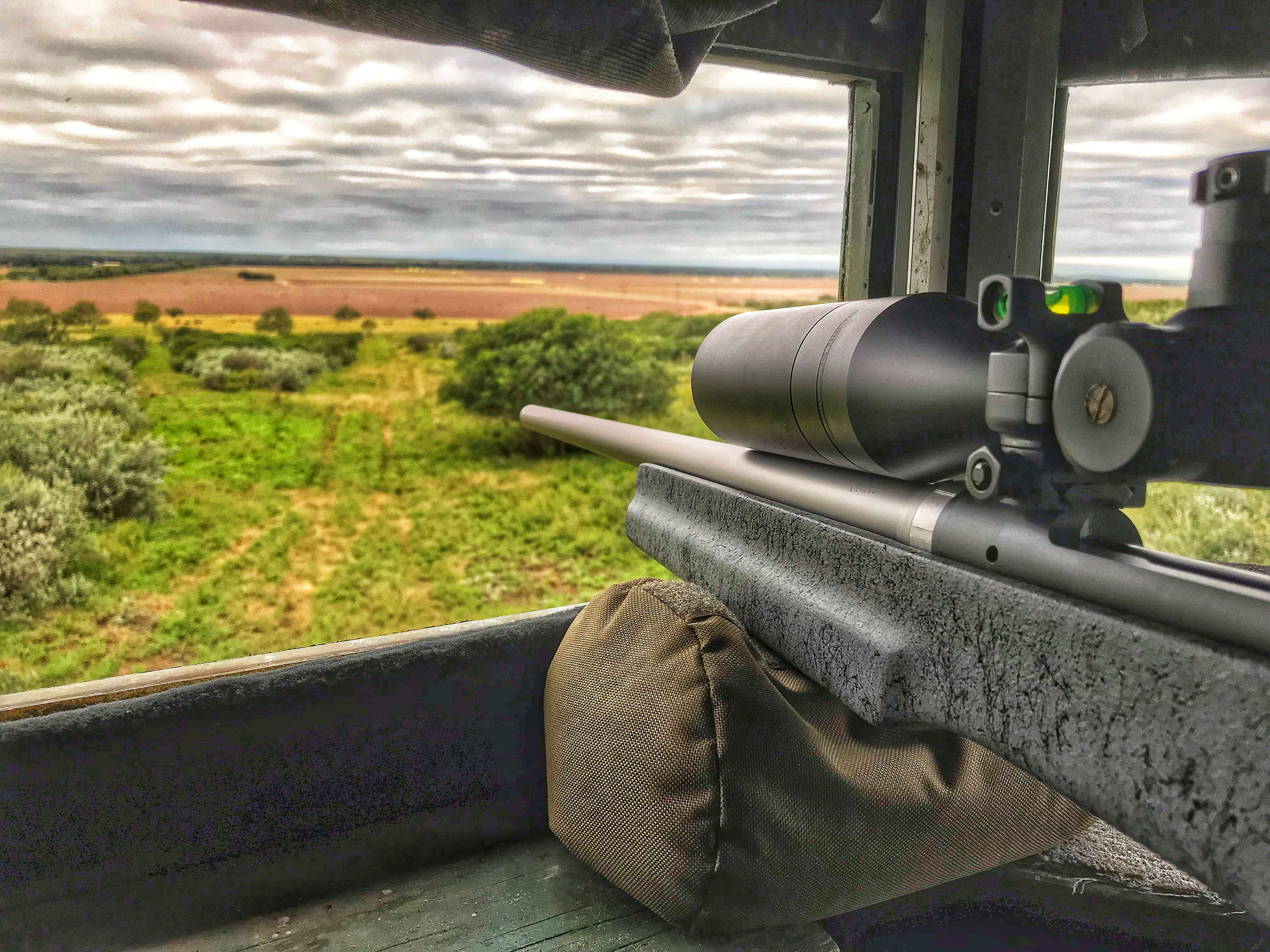 Great morning for hunting. Cooler and overcast, the deer were everywhere!!  Big bucks, little bucks, does, Axis........and I was after a varmint.

It seemed the the best time had past and I was ready to leave. But, there were a few deer still hanging out and I didn’t want to spook them getting out of the stand. So, I decided to wait until they left.

Then, at 7:40, a spike halfway down the sendaro started looking into the brush to his right. I started moving for the gun when the dog yote walked out into the middle of the sendaro and stared my way!!

On the gun, aimed just behind his shoulder, and sent a 60gr Hornady FBHP across 162 yards and into his ribs.

Even with ear pro on (and not turned on), I heard the hit. He fell over and started spinning around. Then, half jumping and half flopping, made it to the edge of the sendaro and into the brush. I knew he was a dead yote.

Just then, I see the female yote break cover another hundred yards or so down the sendaro. Streak across the opening and disappear into the brush on the opposite side. The spike, still standing in the sendaro, watching her progress through the brush. His head was following her up the hill towards me and I hoped I’d get a shot if she crossed another sendaro. But alas, never saw her again.

Grabbed my kit and walked down to where the yote was standing on impact. 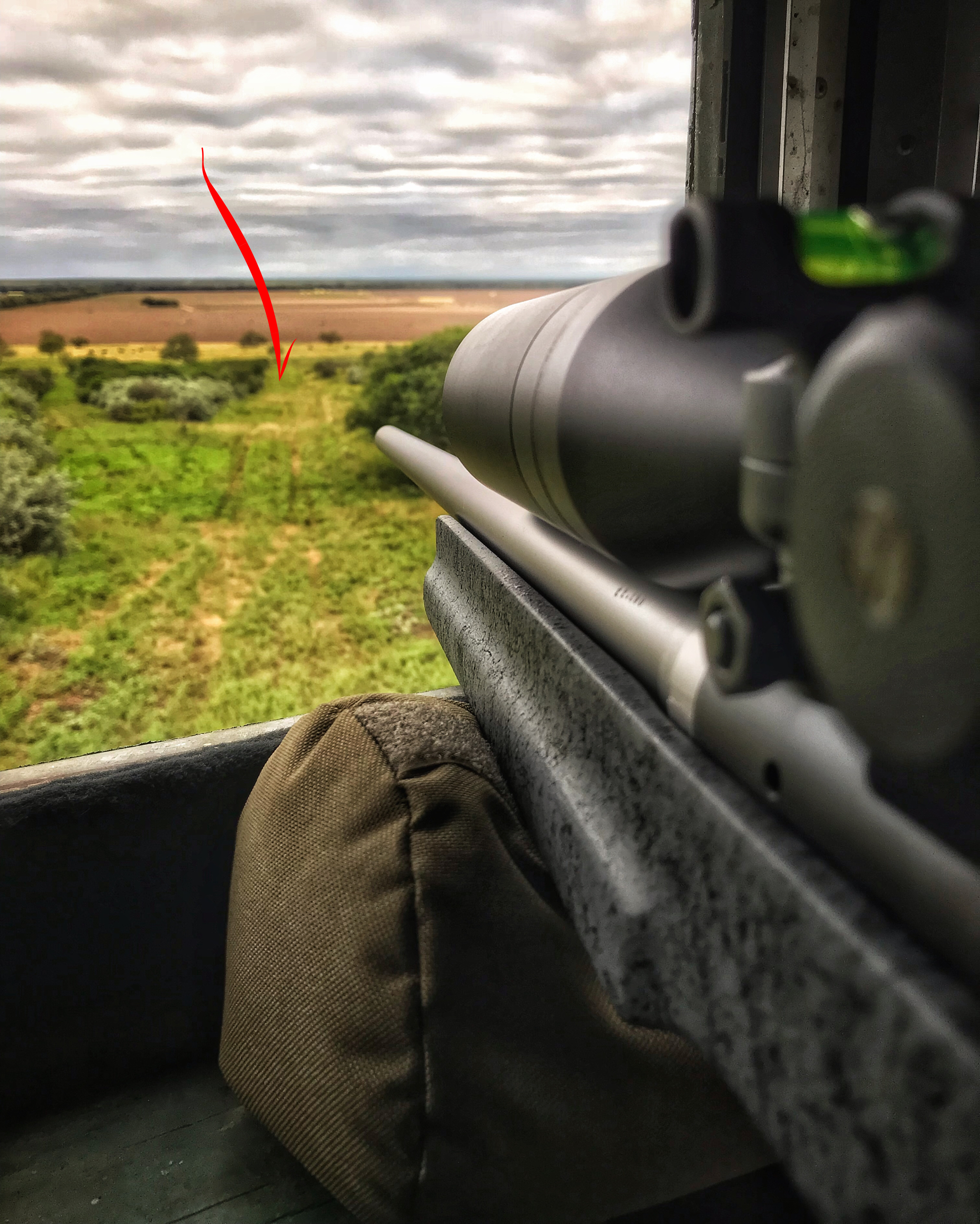 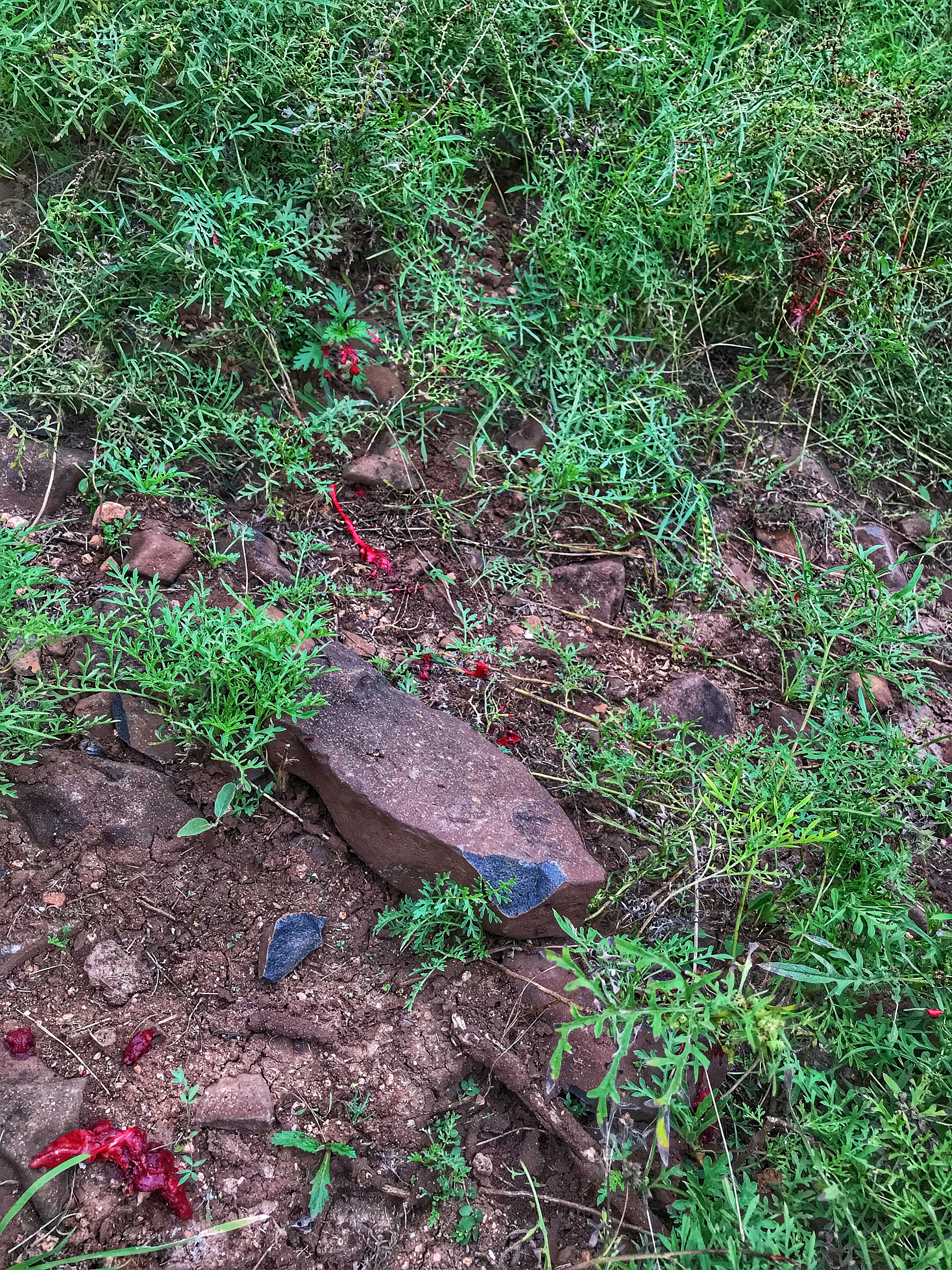 Lung tissue and blood were scattered about at the impact site. The blood trail led about 7 yards to where the yote hung in the fork of a bush about 2 feet off the ground.

Slightly quartering towards, the bullet had entered just behind the right shoulder and exited middle of the ribs on the off side with liver and stomach contents hanging out about a 2” exit hole. The bullet did well. I plan to try it on deer as well. 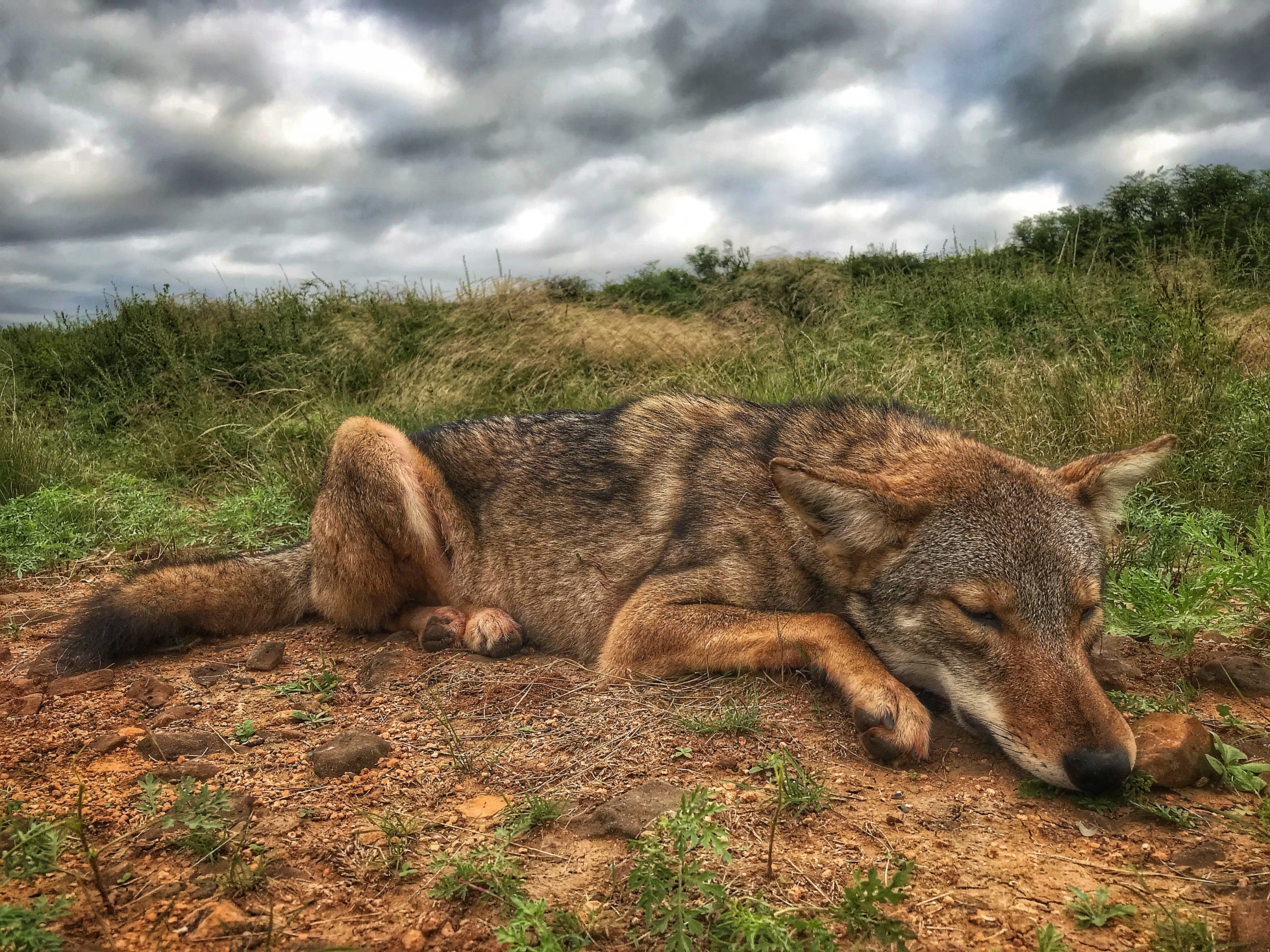 The rifle did well, even for a Savage!!  Albeit, a custom one with B&C Stock and Shilen Select Match Barrel. 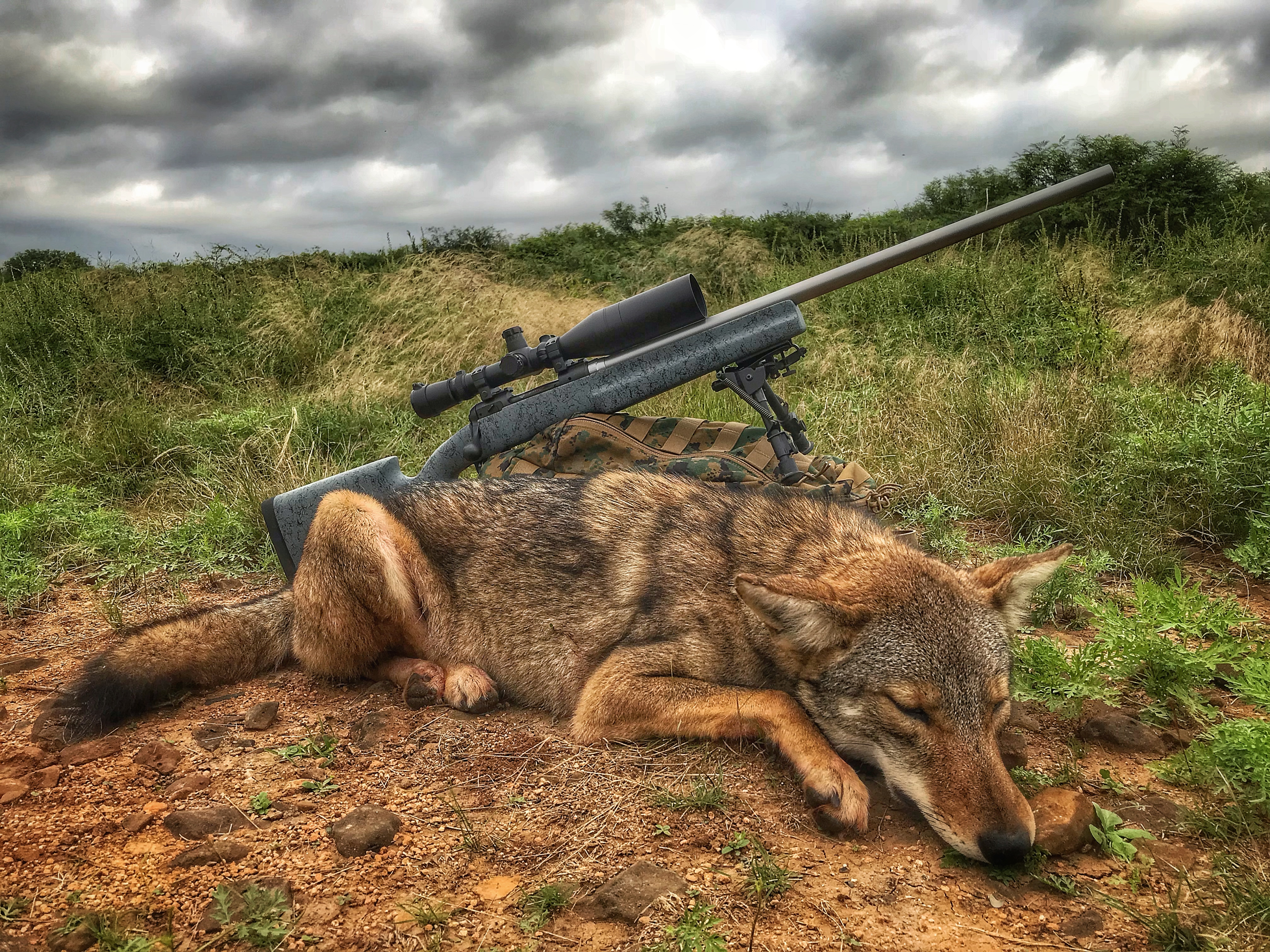 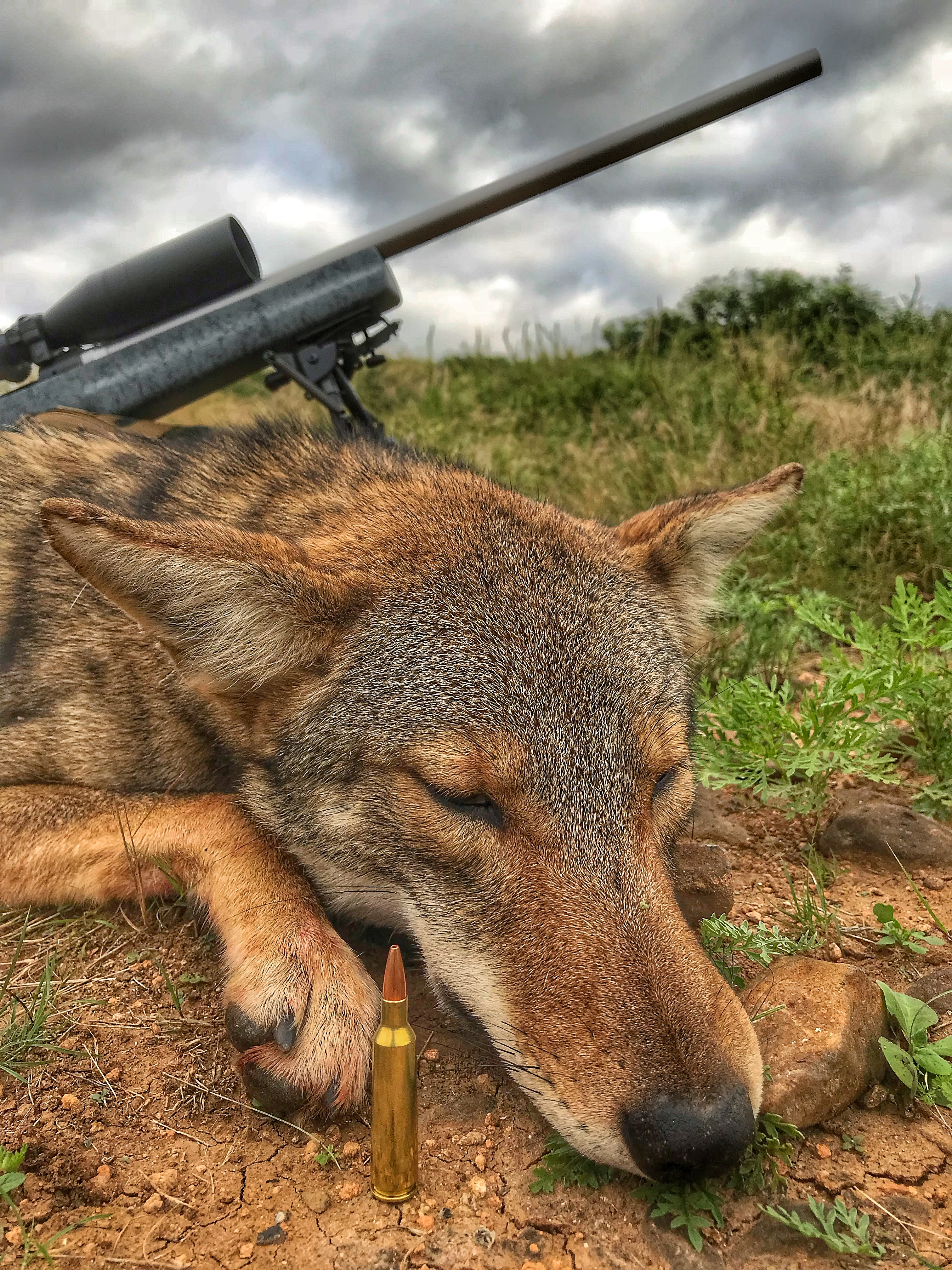 A good morning.
"To Hell with efficiency, it's performance we want!" - Elmer Keith
1 · Share on TwitterShare on Facebook