Well, I also needed to raise the gun some. When I built this shooting house last year, I used basic design elements I found here on the internet for window height etc. Turns out the window sill is entirely too low for me. With my "office chair" in its lowest position, I still have to hunch over if I rest the rifle on the 2x4 sill.
During the recent night hog hunts, I spent some time trying to figure out a way to 1) raise the rifle to a more comfortable position and 2) have a more stable rest.

It has to be removable so I can still close up the shooting house between hunts, and light enough that the wife can get it mounted and use it when she hunts that field.

This is what I came up with. 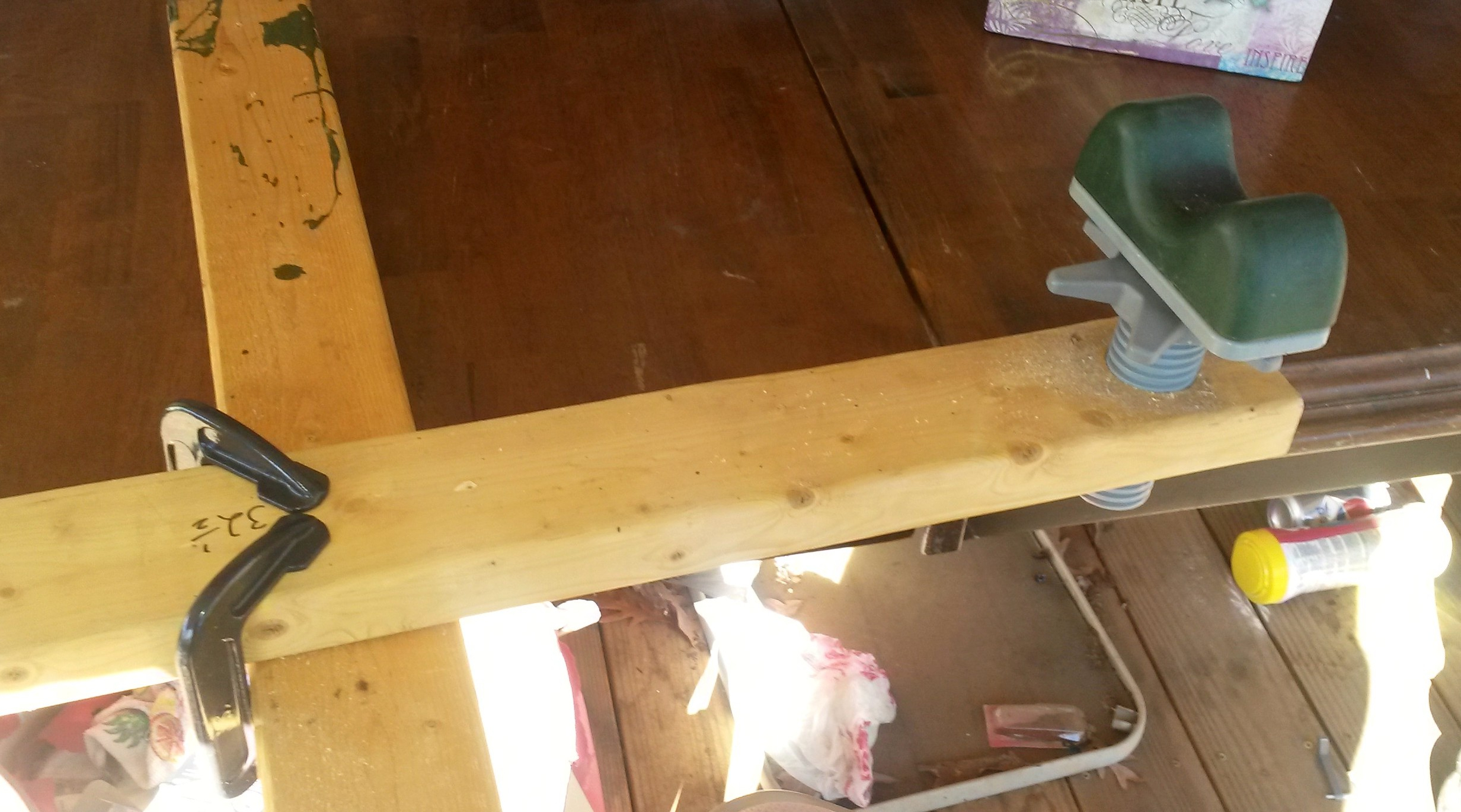 The rest part from a plastic rest I had, a scrap 32.5" piece of 2x4 and 1 or 2 C-clamps.
The bottom 2x4 was another piece of scrap I had, and I wanted to make sure the clamps would fit it. and get an idea about how stable it will be. It's NOT a part of the rest I'll be deploying

The hole saw I used was "just barely" large enough for the threaded part of the rest to fit through it. It's a tight enough fit, that the threads actually engage an edge inside the hole, so to adjust the height, I turn the rest and screw it up or down.

I haven't put it in the shooting house yet, I'll try it tomorrow. I know it won't be as stable as the concrete benches I use at the range. However, having a stable front rest and using both hands on the back half of the rifle should be more stable than the contorted position required to rest the rifle, or my arm on the low window sill.

More to come tomorrow after I mount it to the window and try it tomorrow.