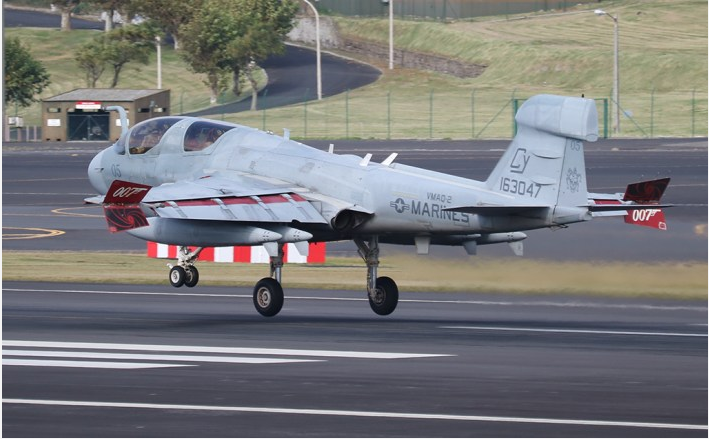 Four aircraft, using radio callsign “Trend 01-04” landed at Lajes, Azores, on their way back to Marine Corps Air Station Cherry Point, North Carolina, from Al Udeid, Qatar, on Nov. 12, 2018. The remaining two aircraft would follow in a couple of days (they were left behind due to technical issues).

even in the Land-dominated COIN environments of Afghanistan and Iraq, the type has proved equally critical in a wide variety of unforeseen roles. Many soldiers will have benefitted from it’s support without ever having realised it.A great many times in the Middle East and elsewhere, the EA support provided by EF-111s and EA-6B was critical to assets penetrating ostile MEZ. Both types were regularly deployed to Aviano where they ‘lived’ next to the Brit AWACS ‘Mole Hole’ ops facility and the young ********* never ceased to be impressed by the size of the Prowler as it taxied past! We maintained a great relationship with the crews as they coordinated with us closely for both C2 and EW (particularly if they accidentally jammed our comms or frequencies being listened to by SIGINT!).

Many soldiers will have benefitted from it’s support without ever having realised it.
this