Zee Senior MemberPosts: 24,979 Senior Member
December 2018 in General Firearms #1
My ranch friend’s granddaughter is in town visiting this week. She has some shooting experience and her boyfriend had given her his 1911 to use at her house and to travel.

I asked what kind it was and she didn’t remember. But, asked if we could clean it for her while she was visiting.

Of course I’d clean it for her. And, of course I was gonna shoot it as well.

Turns out, it was a Rock Island Armory Rock standard CS Model. Or, a basic officers model. Seemed a nice gun. Felt decent in the hand. My only gripe being the rough/sharp edges prevalent with all RIA. 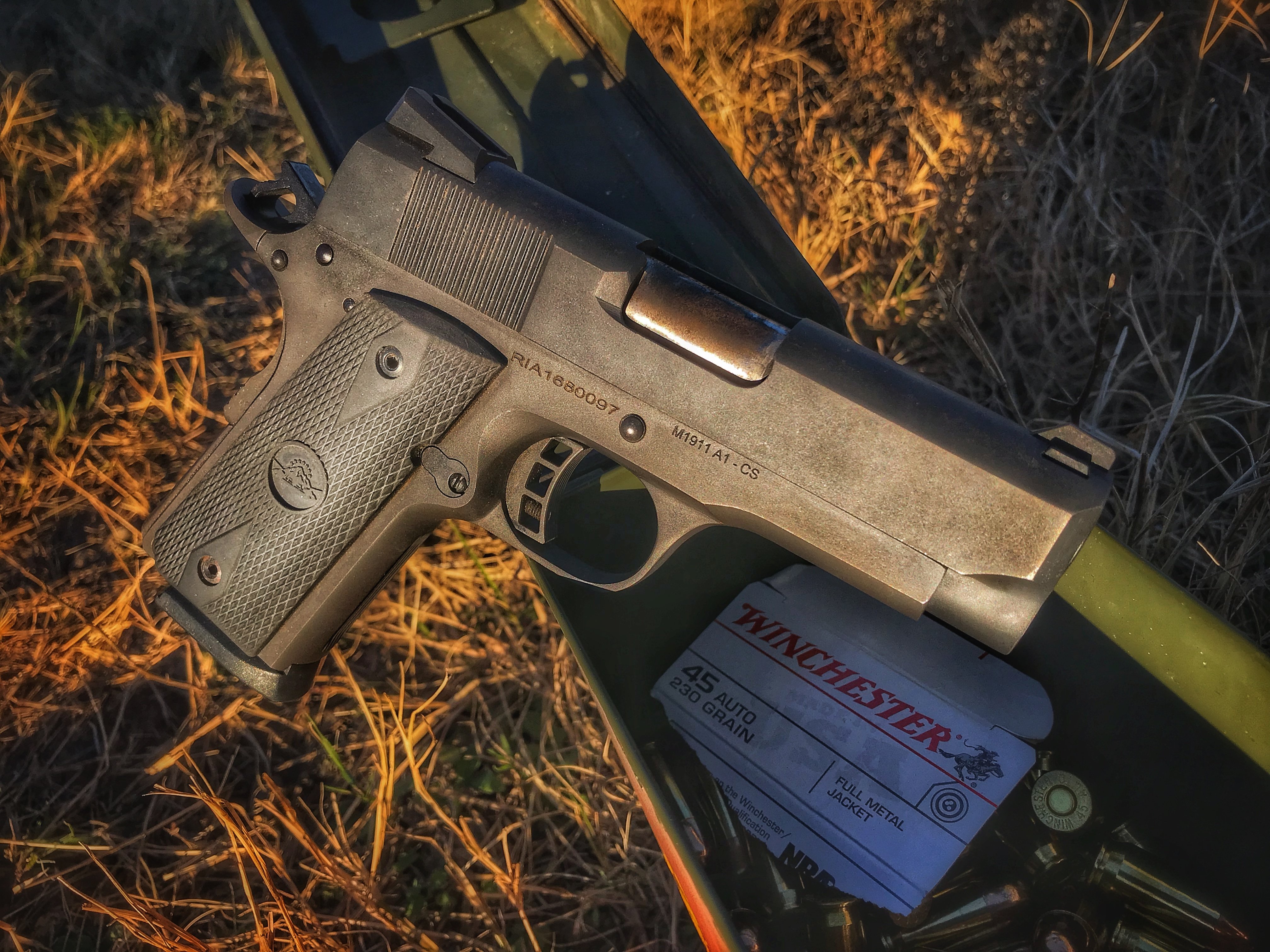 The boyfriend had loaded it with 230gr ball ammo for her defense use. Dumb ass.  At least it was .45 cal I guess.

Anyway, I put several mags of my own 230gr ball ammo though it and was pleasantly pleased with how well it shot. Recoil wasn’t bad at all for such a small gun. The sharp edges of the beavertail and thumb safety were annoying. Other than that, it handled, recoiled, and shot well from 10 yards offhand. 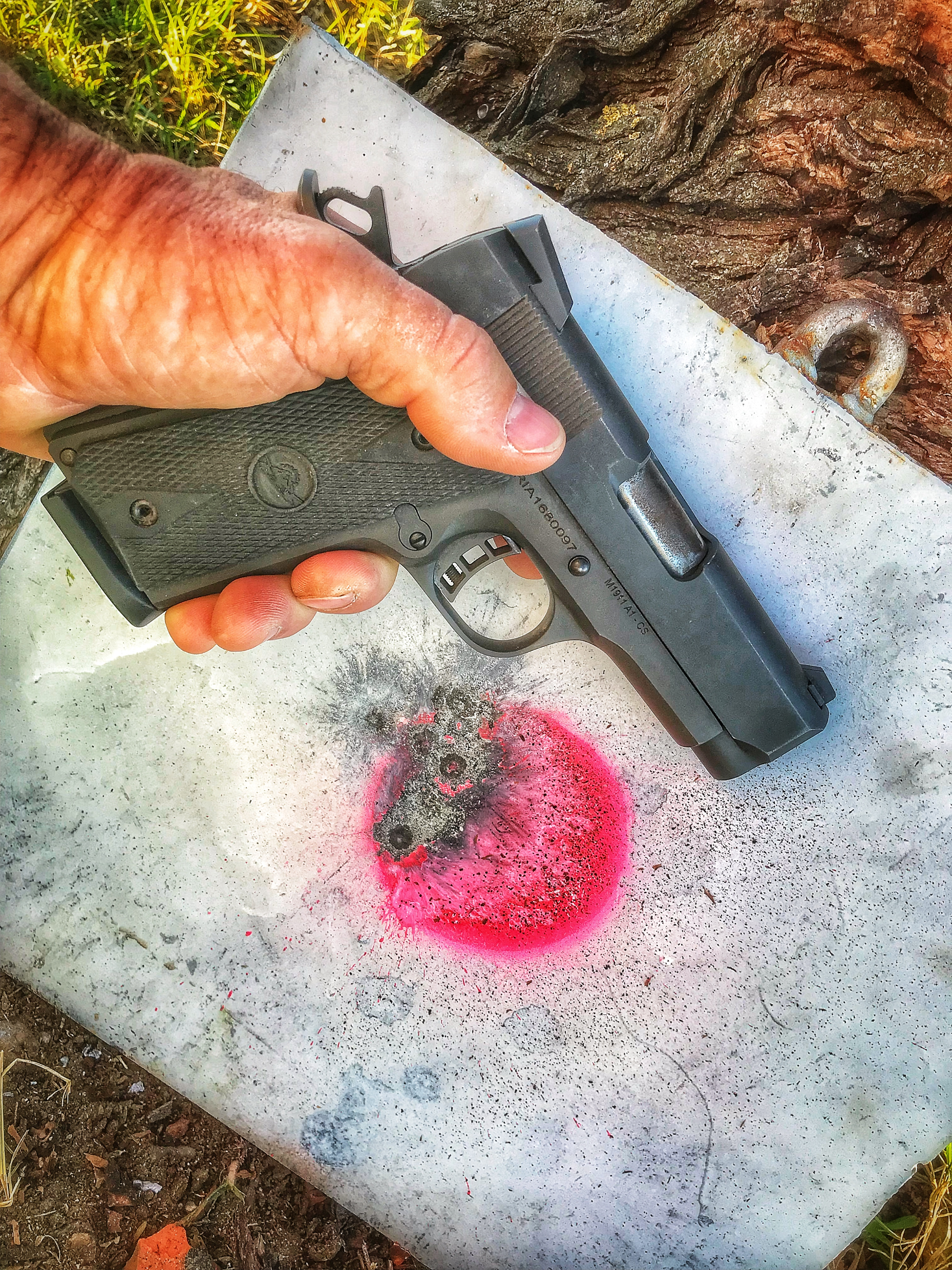 Loaded up some 185gr Federal Classic HP ammo and tried it as well. It fed, recoiled, and grouped even better! 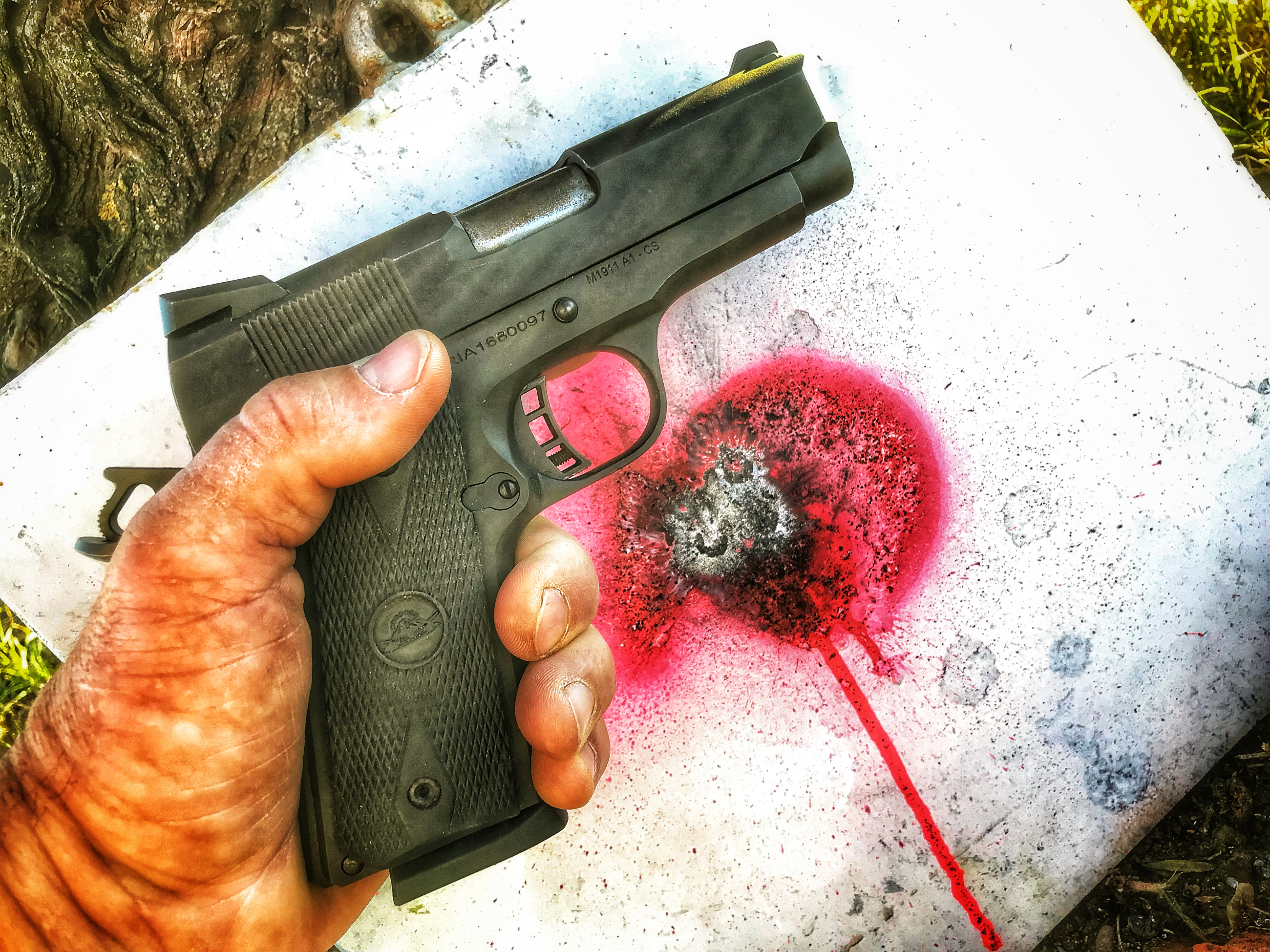 Won’t be trading or selling my G36 for one, though.

Cleaned it it up and lubed it up. It was in need of both. Some surface rust and zero lubrication were an issue. Nothing a little synthetic ATF and grease couldn’t fix.

Afrerwards, there was a drastic improvement in how smooth it cycled.

Rumor has it, her boyfriend is getting her an XDs in 9mm that she liked for Christmas.
"To Hell with efficiency, it's performance we want!" - Elmer Keith
1 · Share on TwitterShare on Facebook