Made my longest ever shot on game today

knitepoet Senior MemberPosts: 22,395 Senior Member
December 2018 in Hunting #1
Also, my first deer with my suppressor.
Wasn't raining today, so have a better pic than the last one. 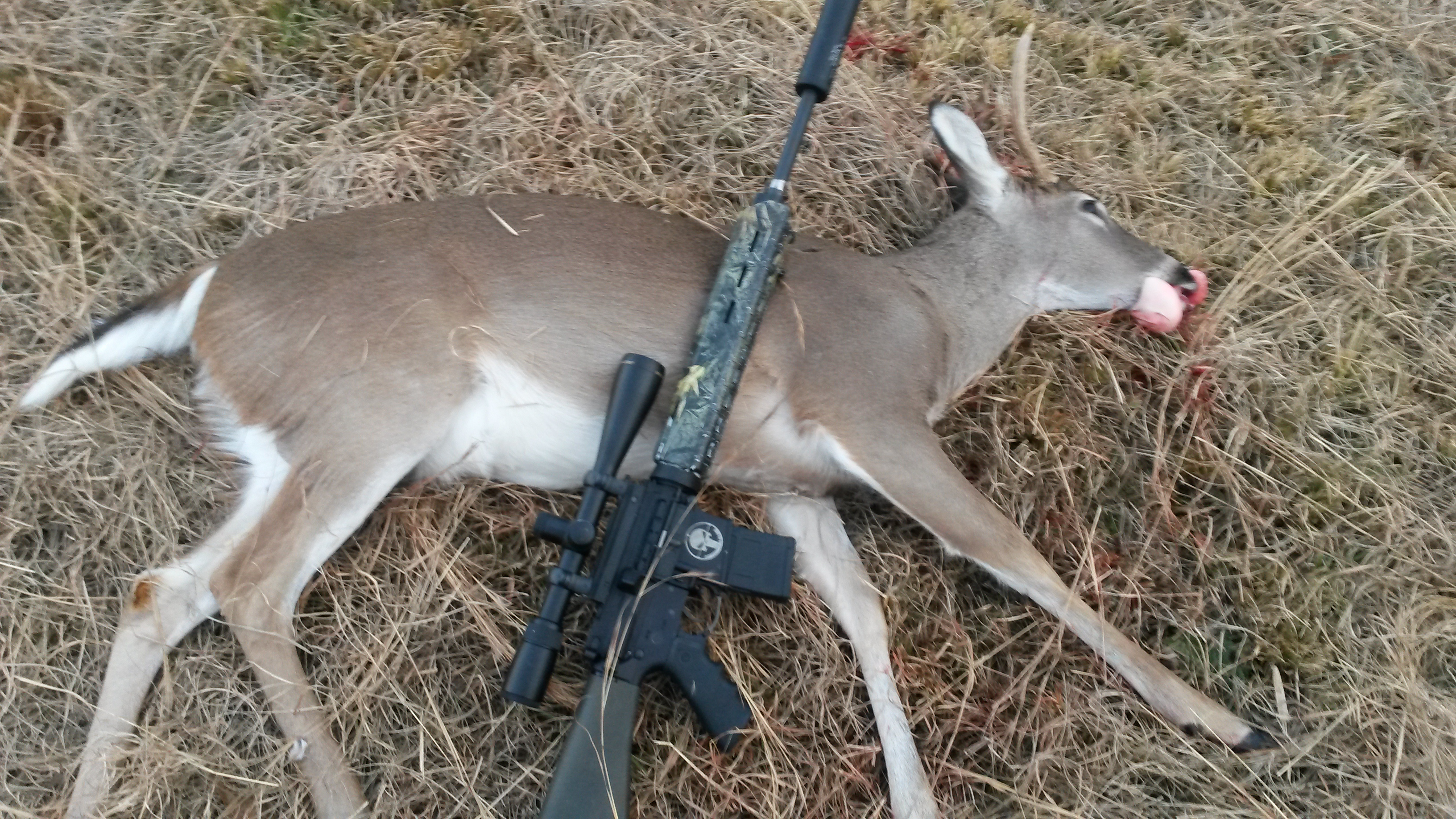 Bullet entered just below the white patch under his chin and the black mark you see just to the right of the end of the hand guard  is the exit.
180 yards, 223, Nosler 64gr "Bonded Performance" pushed by a healthy dose of Ramshot TAC and a DRT 4pt
Seven Habits of Highly Effective Pirates, Rule #37: There is no “overkill”. There is only “open fire” and “I need to reload”.