We still have MLD Tags on my Rancher Friend’s place to use by the end of February. So, he let a buddy of mine and his daughter come out to try and shoot a deer.

He wanted to use a handgun as he’d never hunted with one before. So, I set him up with my Dominator in .35 Remington.

His first practice shot at 100 yrds was perfect.

We headed out and ser up a blind inside a wellhouse shed.

The deer were running late but eventually they came out in great numbers. The only problem was that nothing that came inside our pistol distance of 150 yards was a spike or mature doe!  Just young bucks, old bucks, Axis, and young does.

As the sun set, we were running out of options. Fortunately, we had brought a rifle in .308 Win just in case.

So, as light failed, I handed my buddy the rifle and told him to take a mature doe at a little over 200 yards.

She was quartering away to the left and standing still when my buddy aimed in and started to shoot. Right then, she took step forward and turned to her right.

I started to say, “Wait!” But it was too late. The gun went off and I saw the impact in her back left hind quarter.

She jolted forward and took off for the brush. Well, now we had work.

We collected our stuff and headed back back to the barn. Gave her a bit of time, then headed out to track her. As we left, I grabbed my .40 S&W Pistol. Just in case.

Well, the tracking was hard. There was blood, but not a lot at first. Over the next hour and a half we fluctuated between easy tracking at times and hands and knees looking for specs. Saw where she bedded down 3 times but kept pushing her.

It wasn’t going to be cool enough to leave her overnight and I didn’t want here to stop bleeding. I knew if she rested too long, the wound could plug up and I wanted it to keep flowing.

Finally, after almost .5 mile, we caught up to her in the dark. Hearing something ahead of me, I looked up and saw her stand up and take off through the brush. And the chase was on. I sprinted after her. Trying to keep her or the brush she was moving in the beam of my flashlight. After about a 50 yard dash, I rounded a cactus and saw her standing, quartering away, looking back my way.

Quickly, I drew my pistol and, holding the flashlight in my left hand, shot her with my right. She didn’t even flinch. So I shot again. This time, she shuddered and took a couple steps. I waited, she lowered her head, and in about 10 seconds, fell over. A few more breaths and she was done.

That is about the furthest I’ve ever tracked a deer. Hind sight knowing we got her, I can say it was challenging and a fun ending with the chase. Yes, it was a bad thing. But, we made the best of a bad thing and followed through with our responsibility. 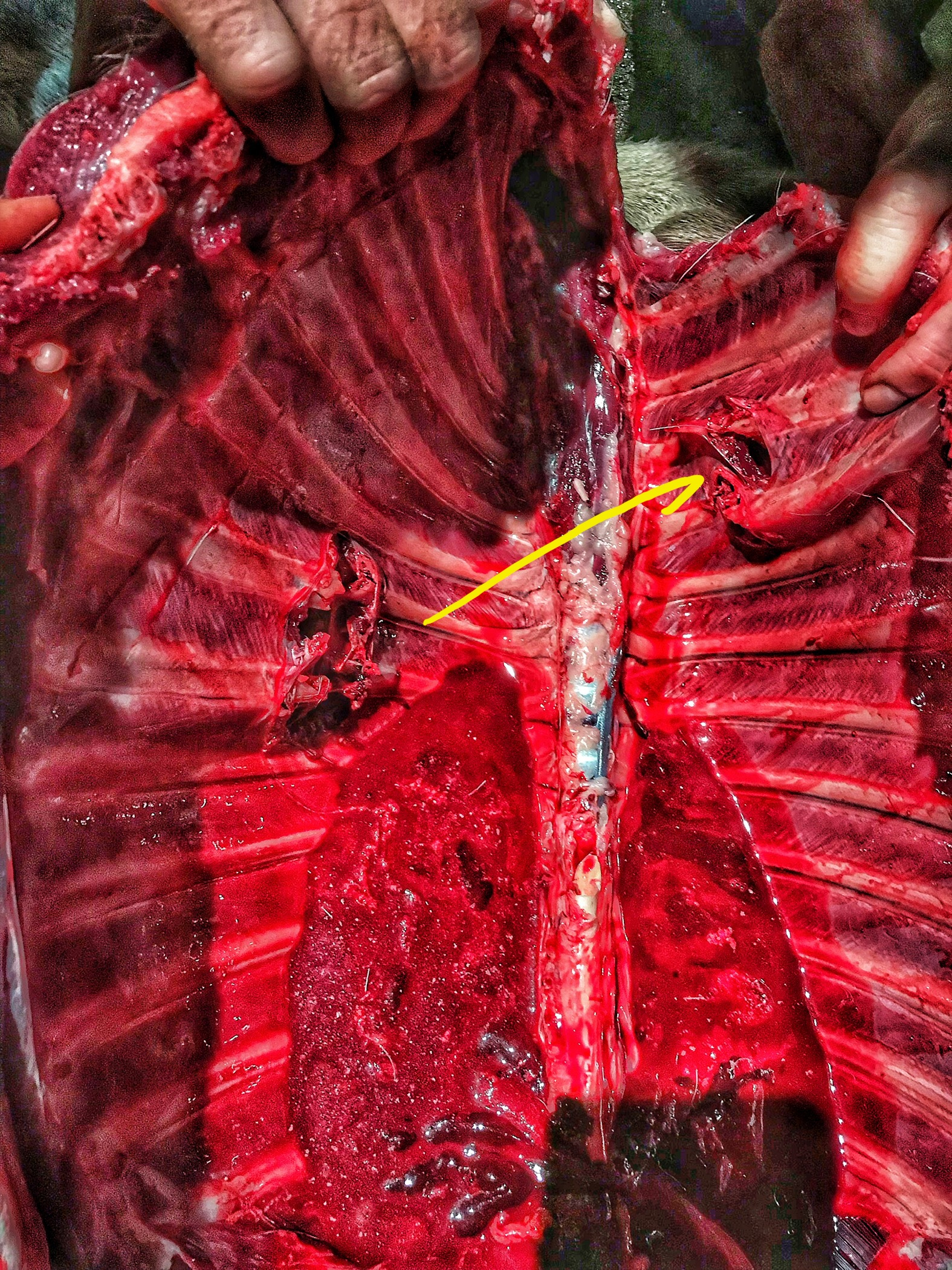 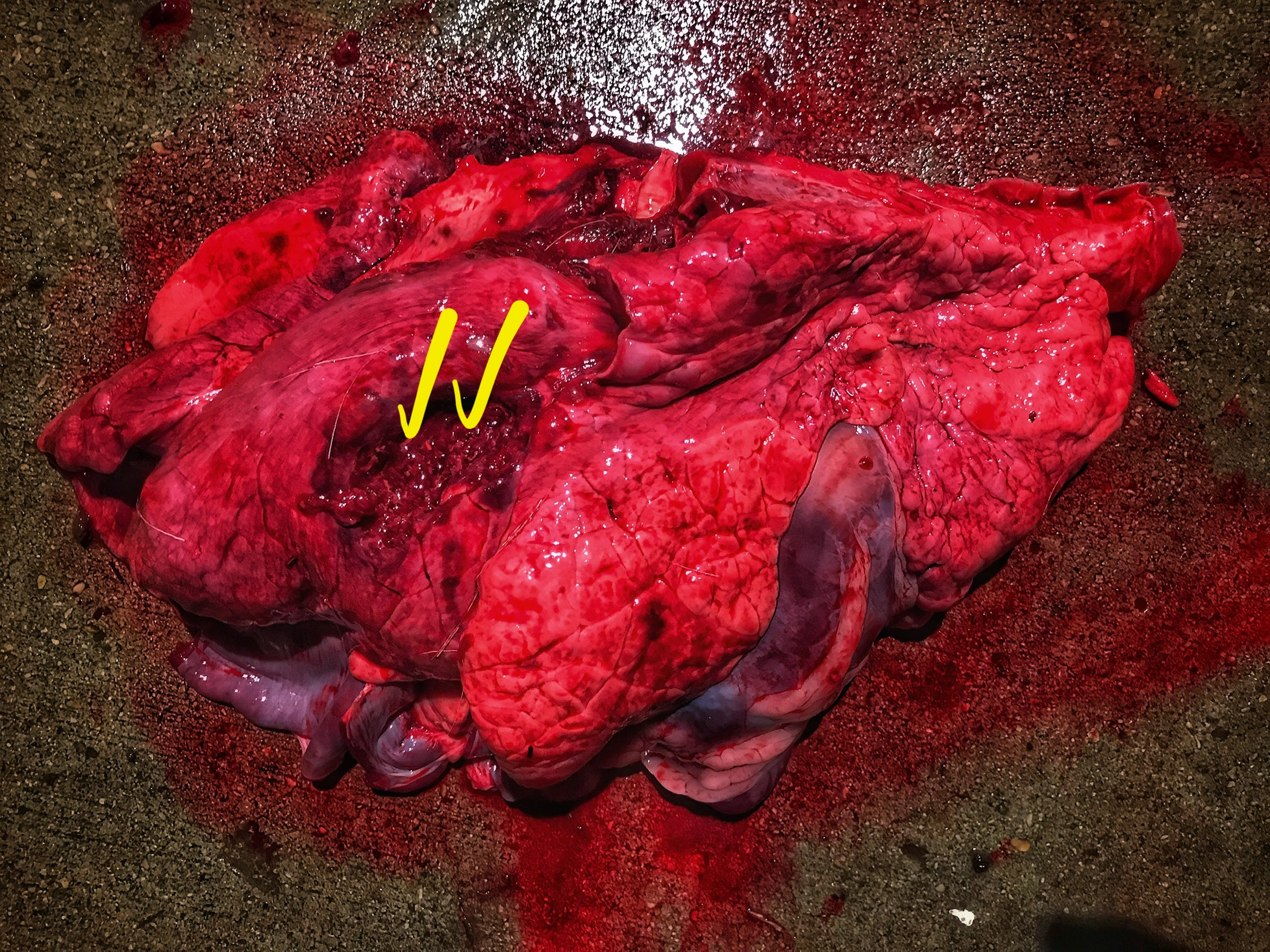 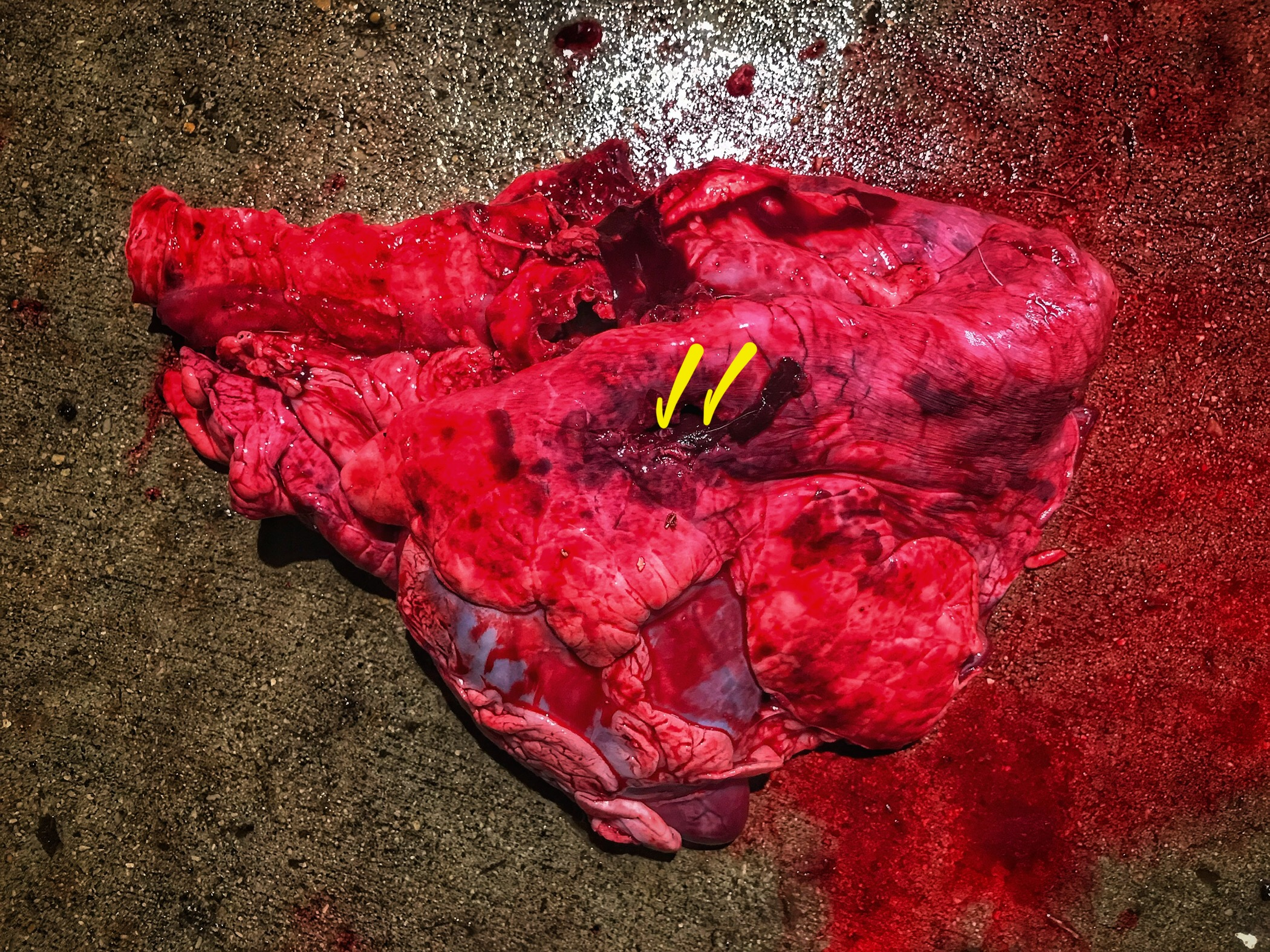