zorba Senior MemberPosts: 24,985 Senior Member
February 2019 edited February 2019 in Clubhouse #1
Bought this on eBay - a tin sign reproduction computer advertisement. Not only do I remember this exact ad ca 1978 or so, I actually owned - and now own another - one of the IMSAI computers in the ad. From the days of iron men and wooden computers - makes me feel old... 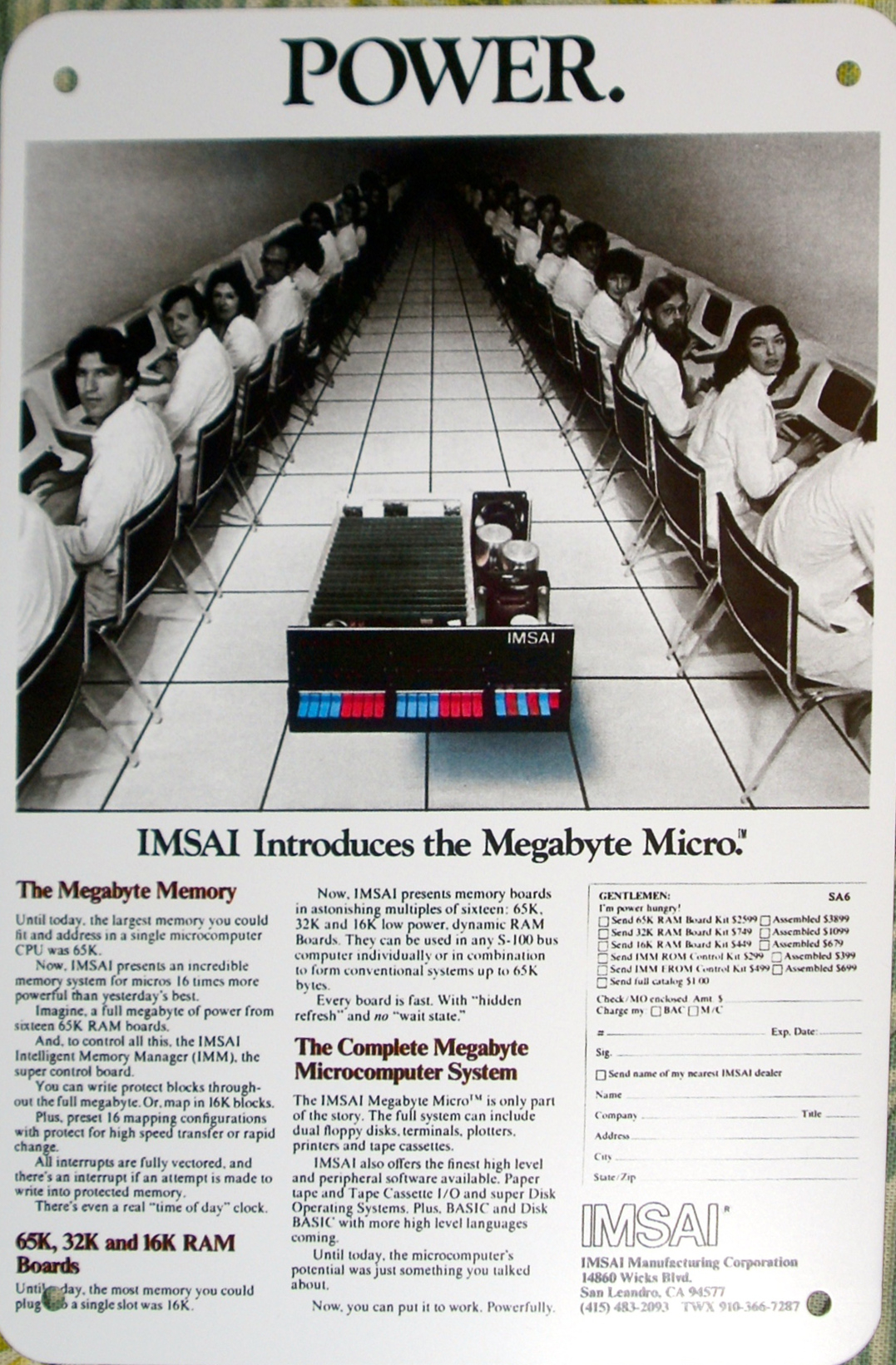 They're still in business, selling parts for their old systems.
Anyone else either remember this, or have a similar story to tell? Maybe an old car ad or gun ad or somesuch that has been resurrected as a "quaint curiosity" that you remember from the day?
-Zorba, "The Veiled Male"