Taking a Deer with a 77 year old Mauser!

It took 4 outings before everything worked out. I saw deer every time, but they were either too far or the wrong one (looking for a doe or cull buck).

I wanted to hunt from the ground and tried several different spots. 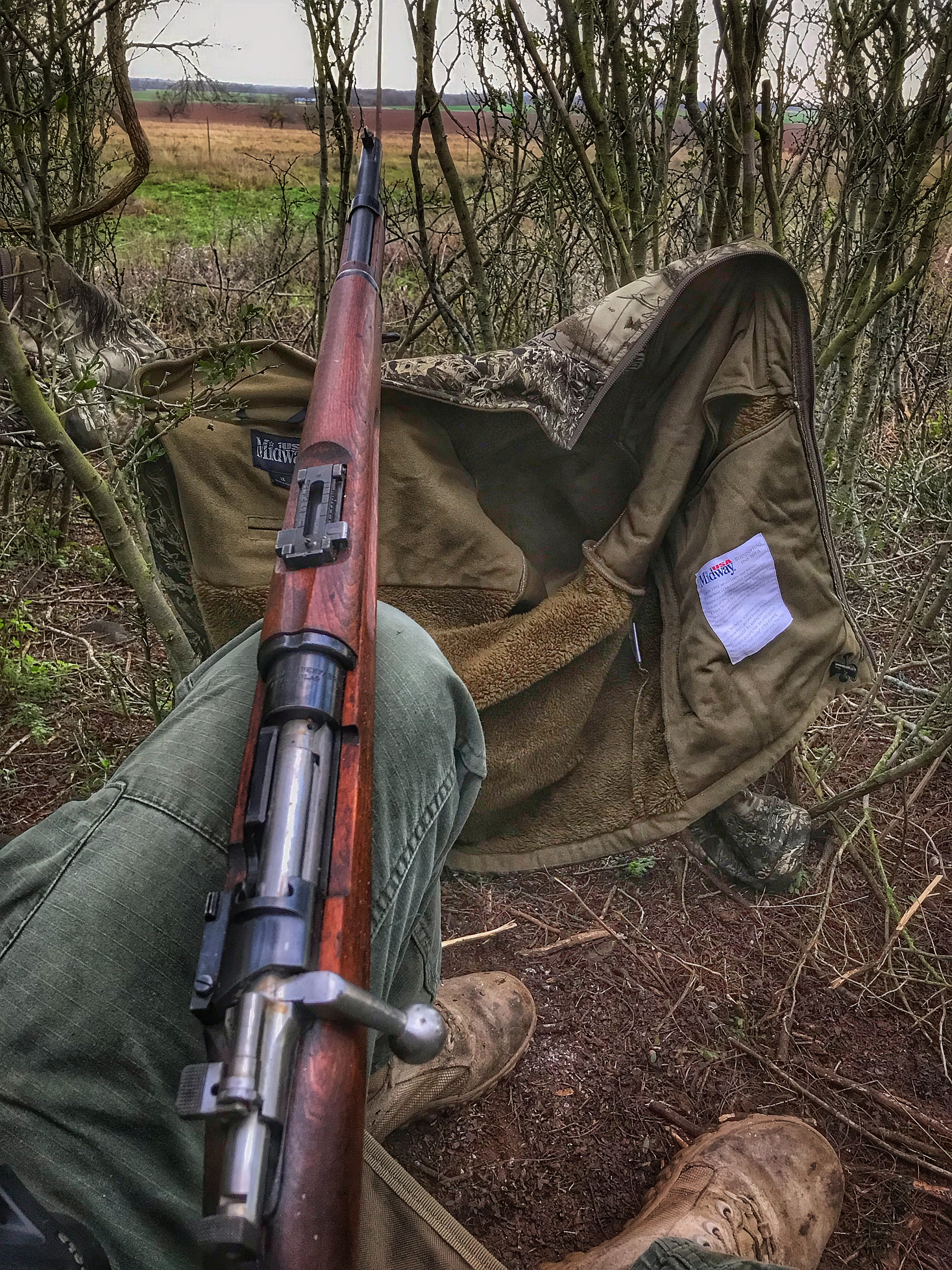 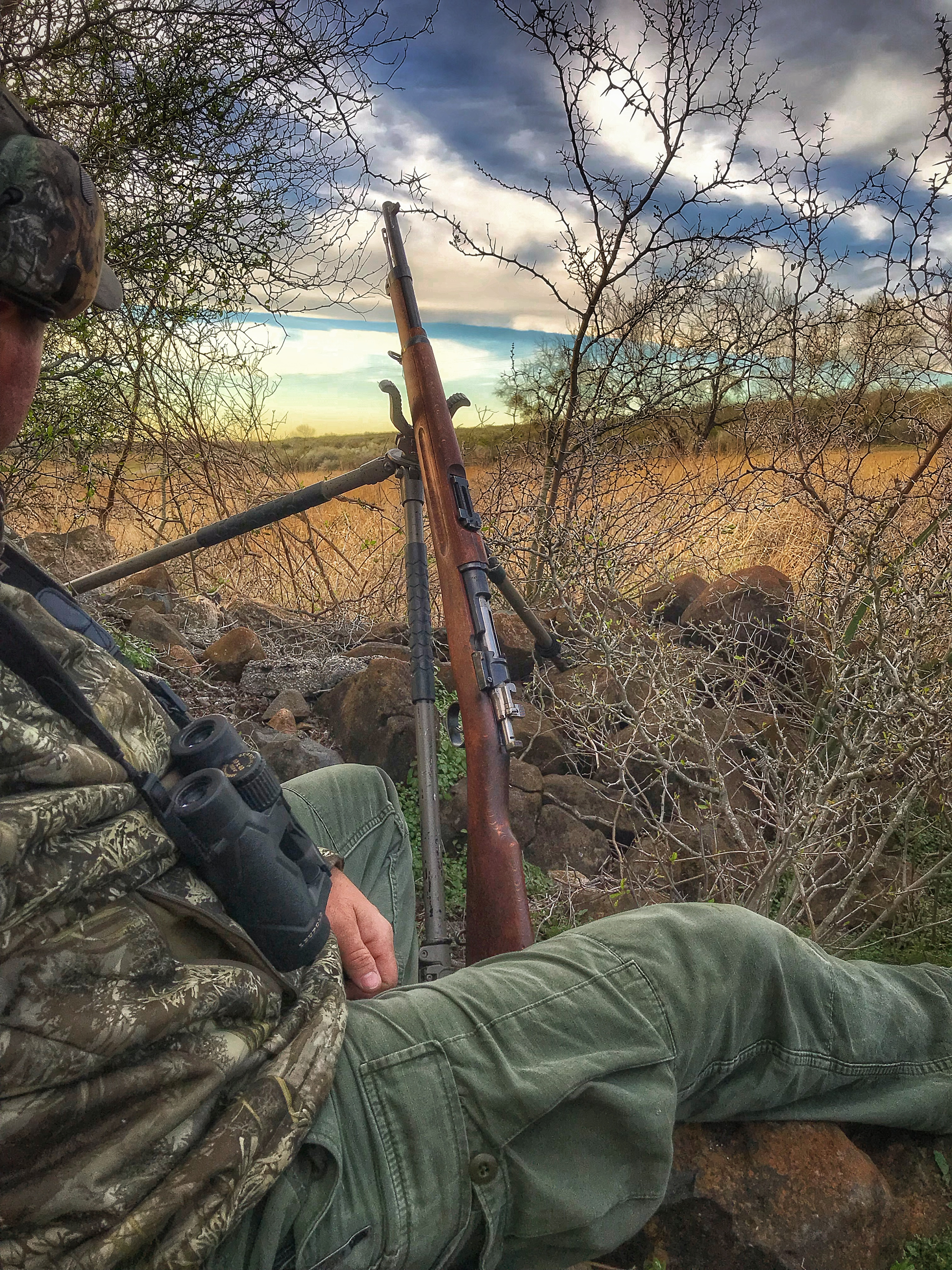 I set up in a brush pile about 100 yards from a fence line that deer like to walk at dusk and like clockwork, they started moving at 6:15p. I knew it was going to be tough as the sun set at 6:30p and nothing had moved into range.

As the sun set, I saw several does and young buck move out into the field and pass by me to my left. Unfortunately, I couldn’t shoot that direction because of the brush pile. So, I just watched them pass and assumed this would be another fruitless outing.

But, finally a huge 8 point buck and doe started walking down the fence line, heading my way. The buck passed by first with the doe lagging behind. Light was failing and I was having trouble seeing the deer through the sights.

With only 15min of legal shooting light remaining and honestly only a couple minutes of CAPABLE shooting light left, the doe quartered slightly towards me.

This illuminated her right side and allowed me to vaguely make her out behind the iron sights. 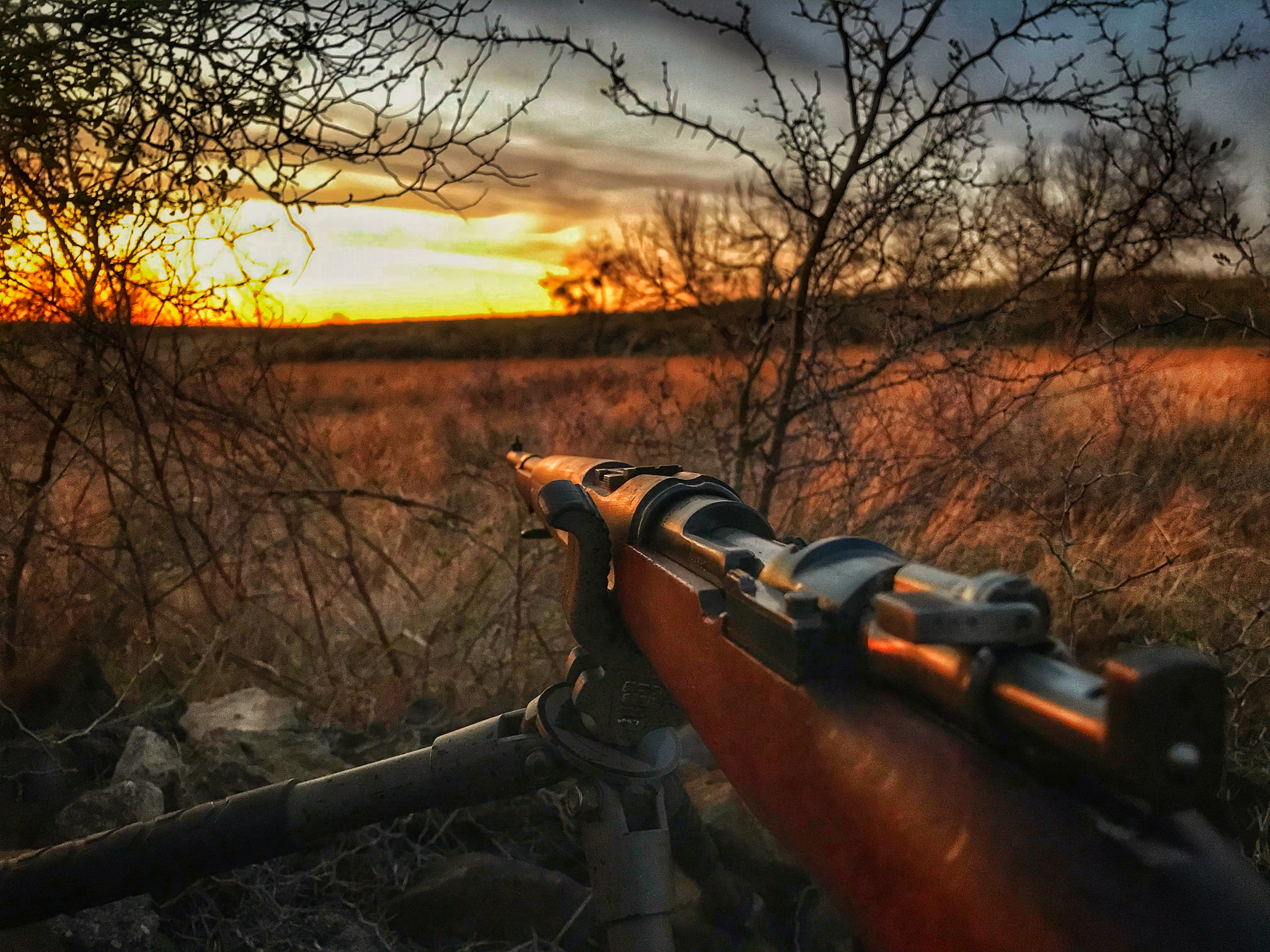 She was only 104 yards away, but was one of my most difficult shots on game. I checked and rechecked my sight picture. Then, sent a 160gr Hornady RN bullet on its way. Dropping her on the spot.

I had intended to shoot her high in the shoulder and drop her. But, in the difficult light and sharp quartering angle, I hit her a few inches behind the shoulder but through the spine.

Here is where she was standing at the shot. 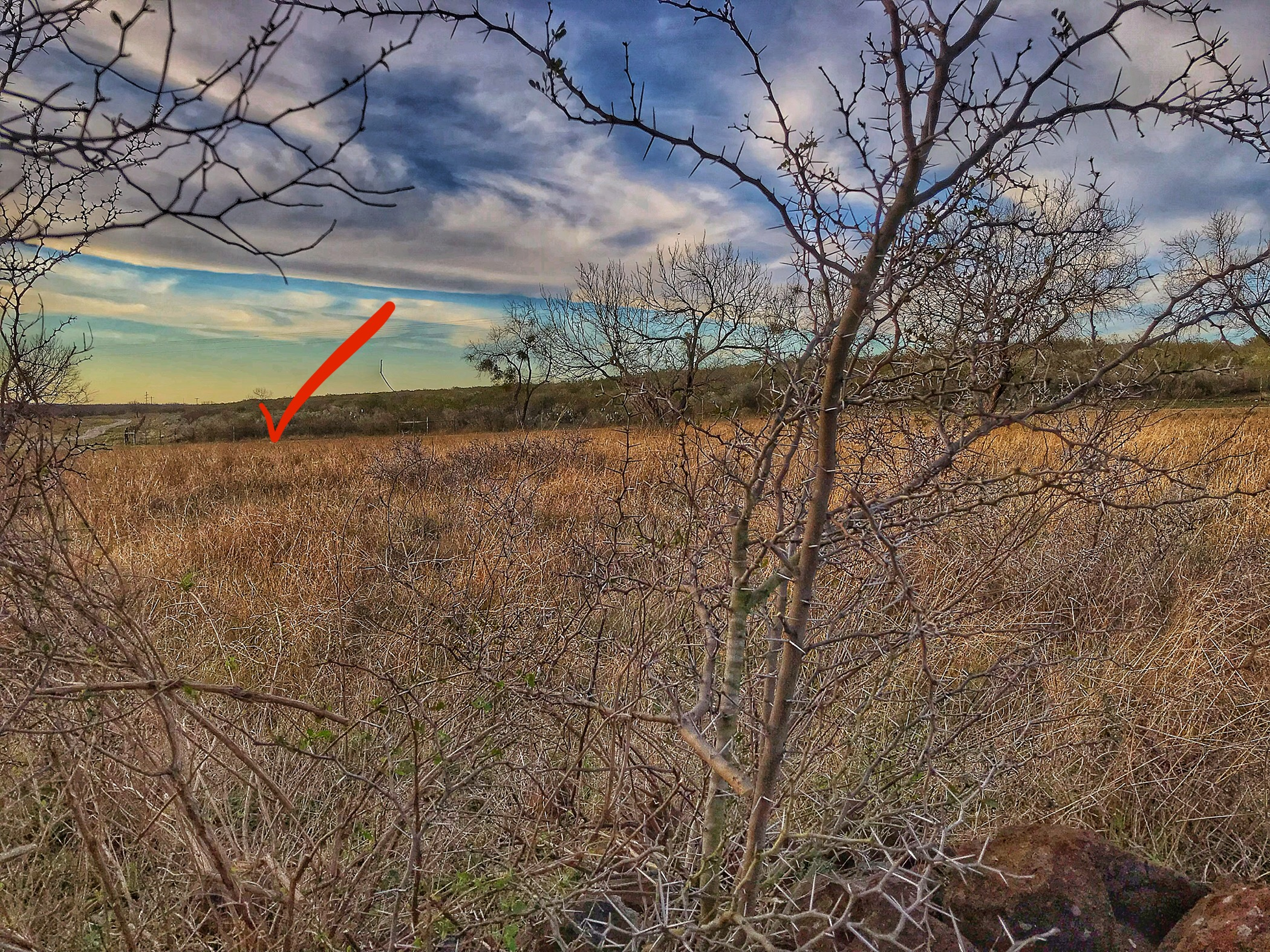 After the shot, I called my buddy and collected my gear. Walking across the field, it was a pretty cool feeling. Knowing that I had just taken my second deer EVER with an iron sighted rifle!

But, the coolest part was that I had taken this deer for my father and used a rifle that was built the same year he was born. 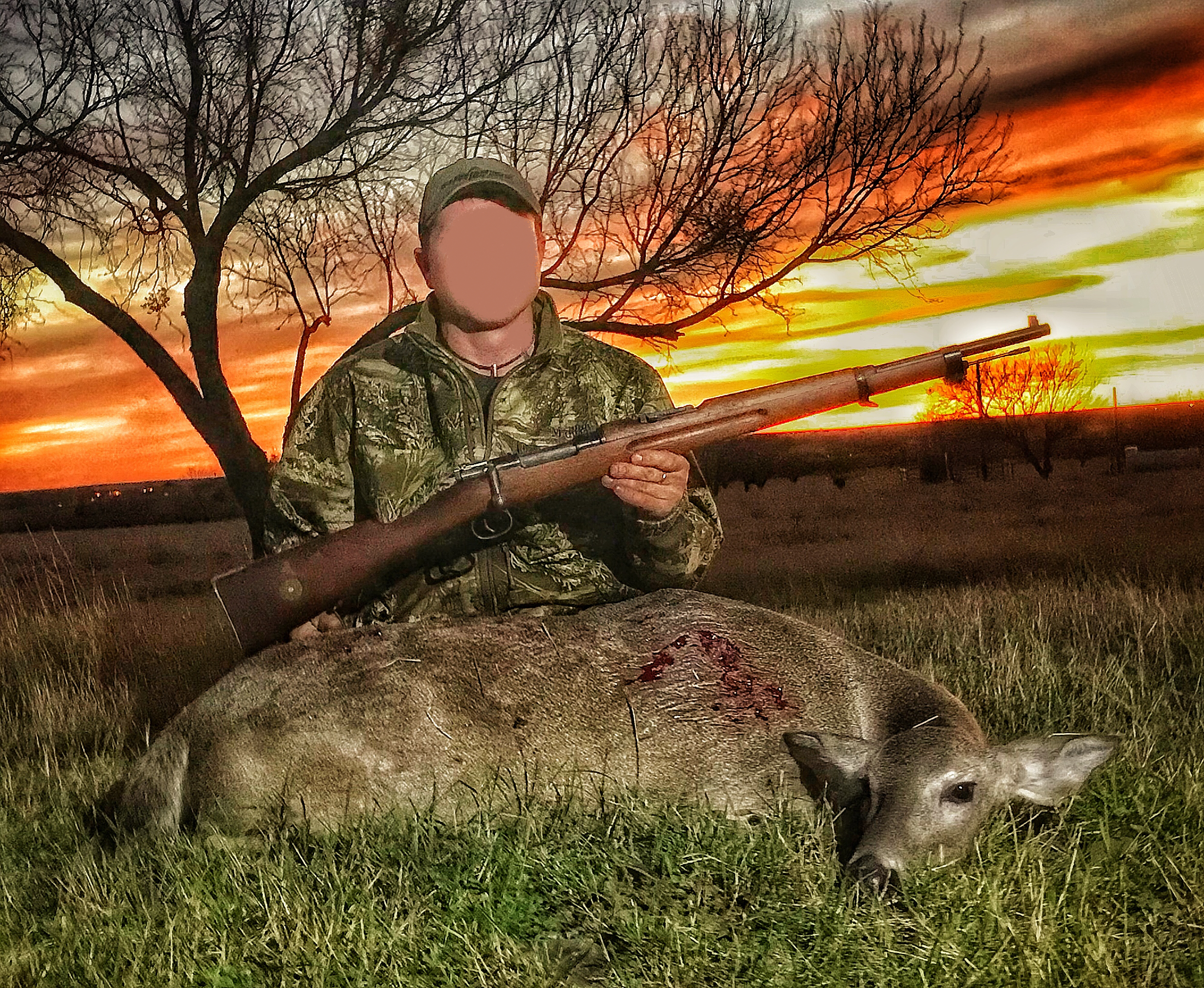 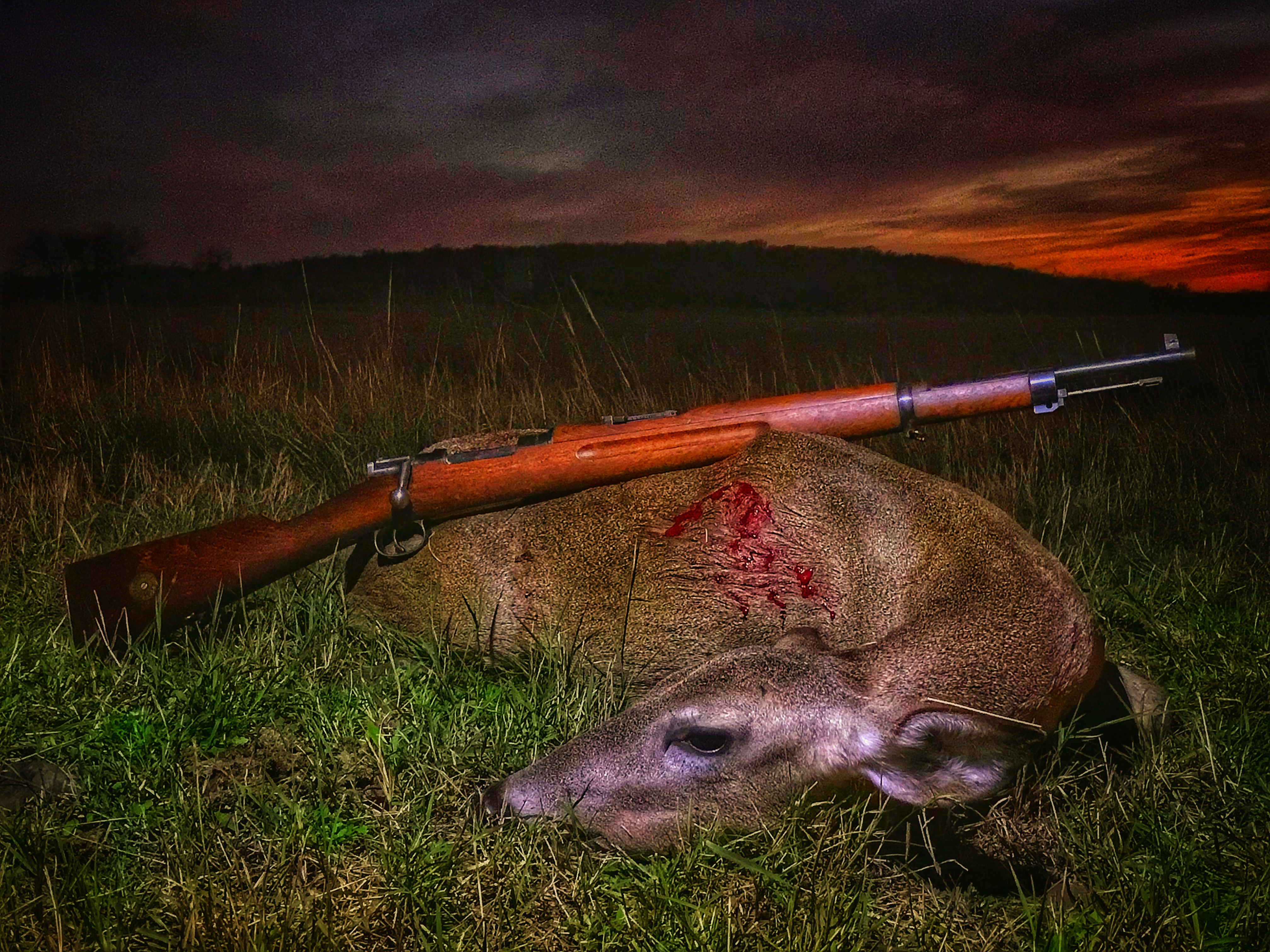