das68 Posts: 662 Senior Member
March 2019 in Clubhouse #1
ticket price on the used lot
$5.3B for two, after modification
https://www.thedrive.com/the-war-zone/27128/the-two-sort-of-new-air-force-one-jets-now-to-cost-nearly-the-price-of-a-nimitz-class-carrier 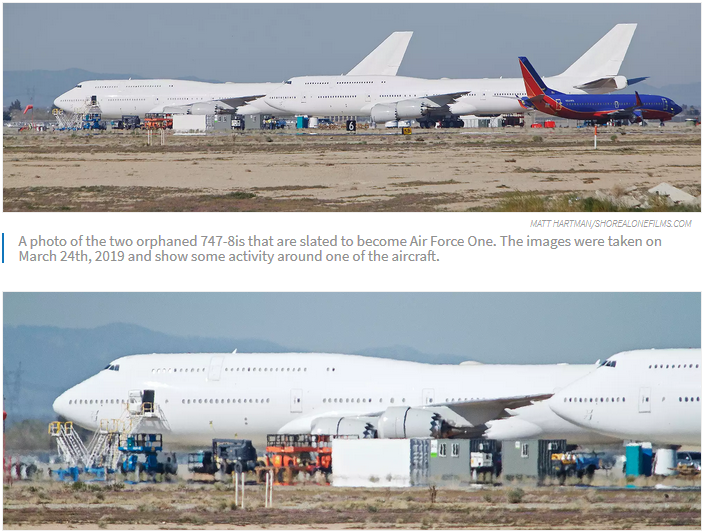 they come with a real russian link
originally produced for the russian liquidated airline Transae
still the bargain?
https://www.popularmechanics.com/flight/news/a27589/trump-air-force-one-cheap-747s-russian-airline/
Aug 1, 2017
Now the Air Force is planning to buy Transaero's old 747-8s for "a good deal," according to Defense One. The official purchase could be announced by the Pentagon as soon as this week. The final price for the aircraft will not be released, but the average price for a 747-8 is just shy of $387 million. The Air Force could pick up the two Transaero 747-8s for a good bit cheaper, however, considering they were previously purchased and currently reside in the boneyard where Boeing is paying to store them.