Gene L Senior MemberPosts: 11,731 Senior Member
March 2019 in General Firearms #1
I may have posted pics of this before, but today I found out the age of these .300 Savage 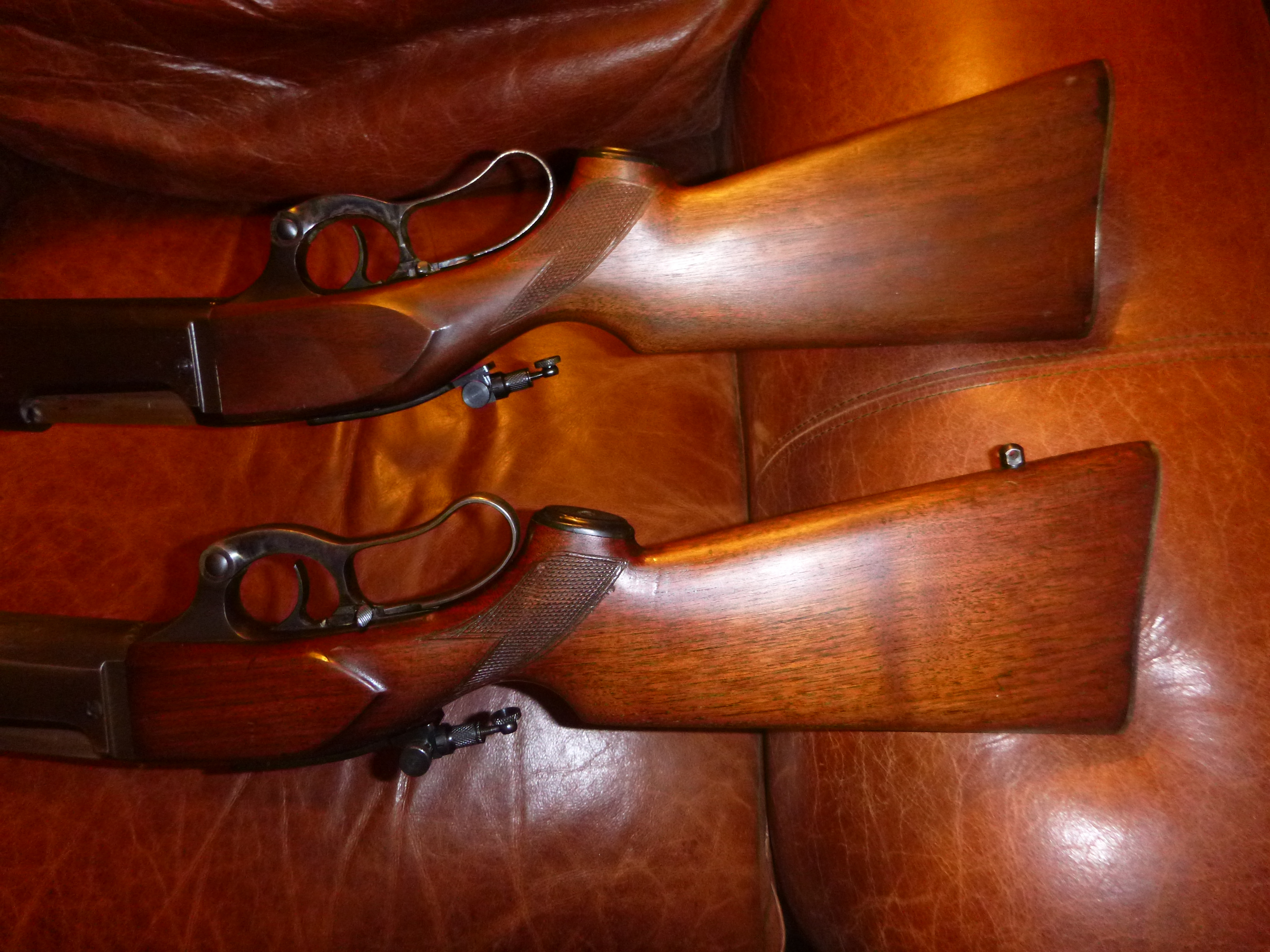 99s, which I thought were from the 1950s.  On another forum, I found out the one on top is from 1941, the one on bottom is from 1930.  They have six-digit SNs, which I also found out kinda link to the age: I was informed that the six-digits in 99s are like pre 64 Winchester.  I believe they're called "Pre Milled," although I don't know what that means.  They've both been D/T, but that's not such a terrible thing.  The age apparently doesn't add to the value, but it's nice to know.  A couple of really well preserved rifles that apparently weren't hunted much.  I removed the scope mounts and put on the Marbles tangent sights.  They both shoot as well as I can.  I love them!