Saul Alinski: Hero of The Left!

Make_My_Day Posts: 7,927 Senior Member
April 2019 in Second Amendment/Politics #1
Saul Alinski's name has been mentioned a few times in the last few weeks within threads discussing the leftist policies in this country. He was the author of the the book "Rules For Radicals." For those that are not that familiar with this man and who he was, I have attached an image that encapsulates the philosophy and methods for converting America to a socialist state. It's amazing how much of this program has already been completed, and how many liberals agree with this. 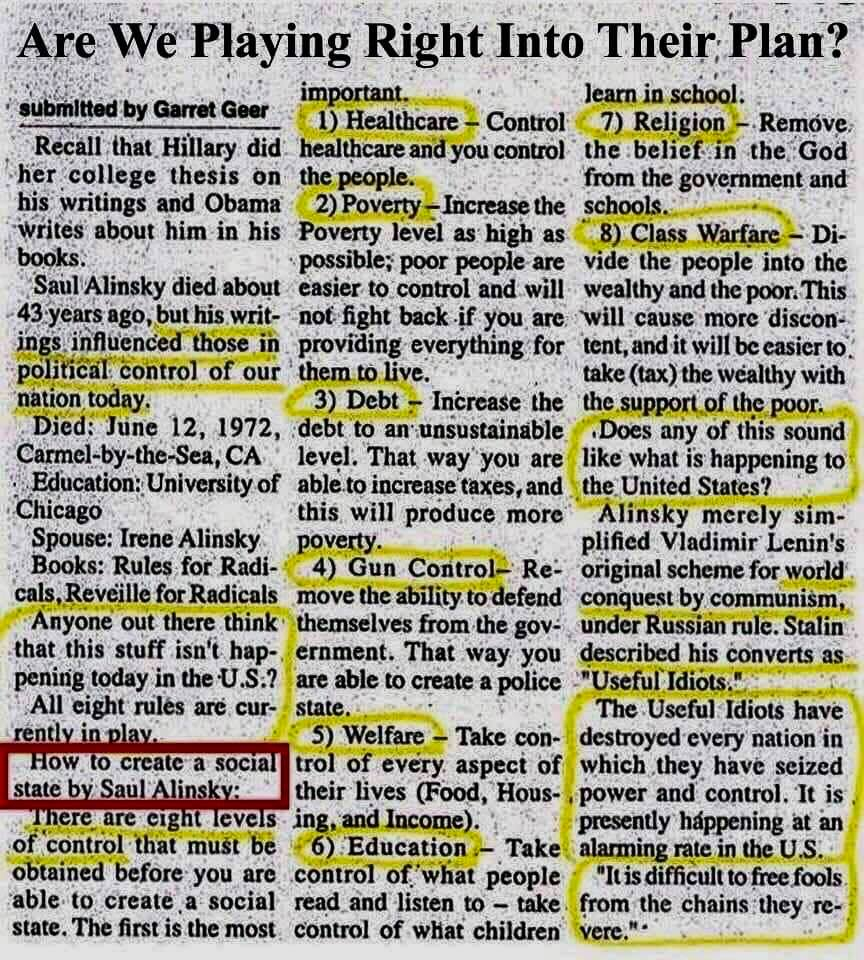