zorba Senior MemberPosts: 23,392 Senior Member
July 2019 in General Firearms #1
Being as I have a soft spot in my heart for unloved guns, I decided to add to "Zorba's gunsafe for misfit guns", and ordered a new pistol last nite. It'll join my Hi-Point $100 bill pistol and my Nambu T-14 - both guns that are widely panned.
Its not a gun I'll be carrying or using in a "mission critical" role - even if it turns out that it runs 100% reliable. Its a 7+1 all steel pistol, I'd rather carry my LC9s (lighter weight, less likely to rust), defend the homestead with my CZ-75BD (more capacity), plink with my Ruger Wrangler, etc, etc.
It is a gun that myself, and a lot of other people, were intrigued with when it first came out as it resurrects an old-time, somewhat oddball action. Right up my alley!
Then the Manufacturer had to recall them due to manufacturability problems, and introduced a replacement gen 2 that was also problematic.
By many accounts - but certainly not all - the gen 2 eventually got itself sorted out, but at about a $470 pricetag, nobody was going to take the chance. So production has stopped on this gun - probably not to start again but nobody's sure.
And now, various retailers are starting to blow these out at around $250, and I found one last nite, brand new in the box, for $199.99. I couldn't say no.
By now, you probably know what I'm talking about, the INFAMOUS Remington R51!
We'll see what happens - there is a pretty decent R51 forum that will hopefully help with any debugging. Should be an interesting journey, at least. We'll see if I can get it running, hopefully without trips back to Remington.
Watch this space for more of the unvarnished truth of whatever my experiences should be! 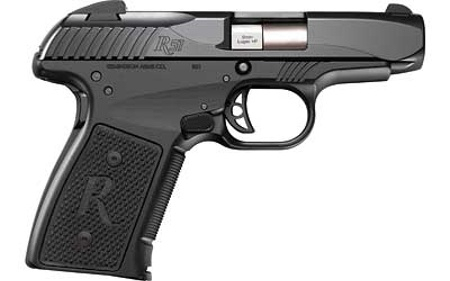 "If you get it and didn't work for it, someone else worked for it and didn't get it..."
0 · Share on TwitterShare on Facebook
«12»