CPJ built me a brake!

Zee Senior MemberPosts: 23,518 Senior Member
July 2019 in General Firearms #1
If you remember, I bought a Ruger PC9 Carbine and put a brake on the rifle.

I was GRAVELY disappointed with the performance of the brake. An ABSOLUTE waste of money in my opinion.

Well, CPJ asked me what I wanted and thought would make a good brake and we discussed the ports and location. Sent him a couple example pics and he got to work in his shop.

Keeps him off the streets and out of the brothels. Selling his body for pocket change. Sad.

Anyway, he finished it up and I have to say that he was patient with me for taking so long to get around to the field test. Like a month or so.

First off, I don’t know how lucky he lives, but........without my gun in his hands, he timed the brake PERFECTLY!!!  I mean, right and it’s in the exact place it needs to be.

He did did a great job building a first run design that I asked and expressed via text messages. I’m impressed. 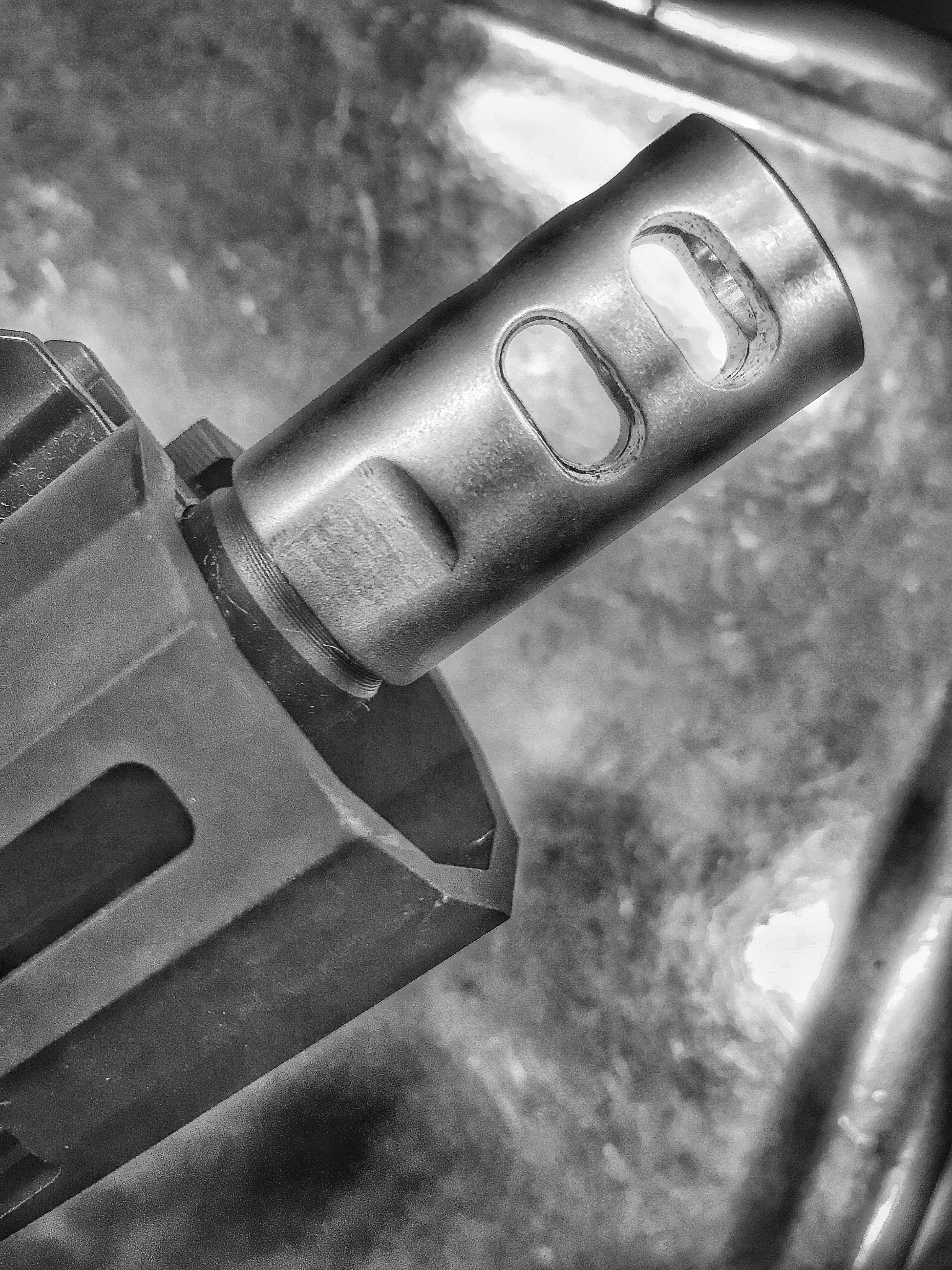 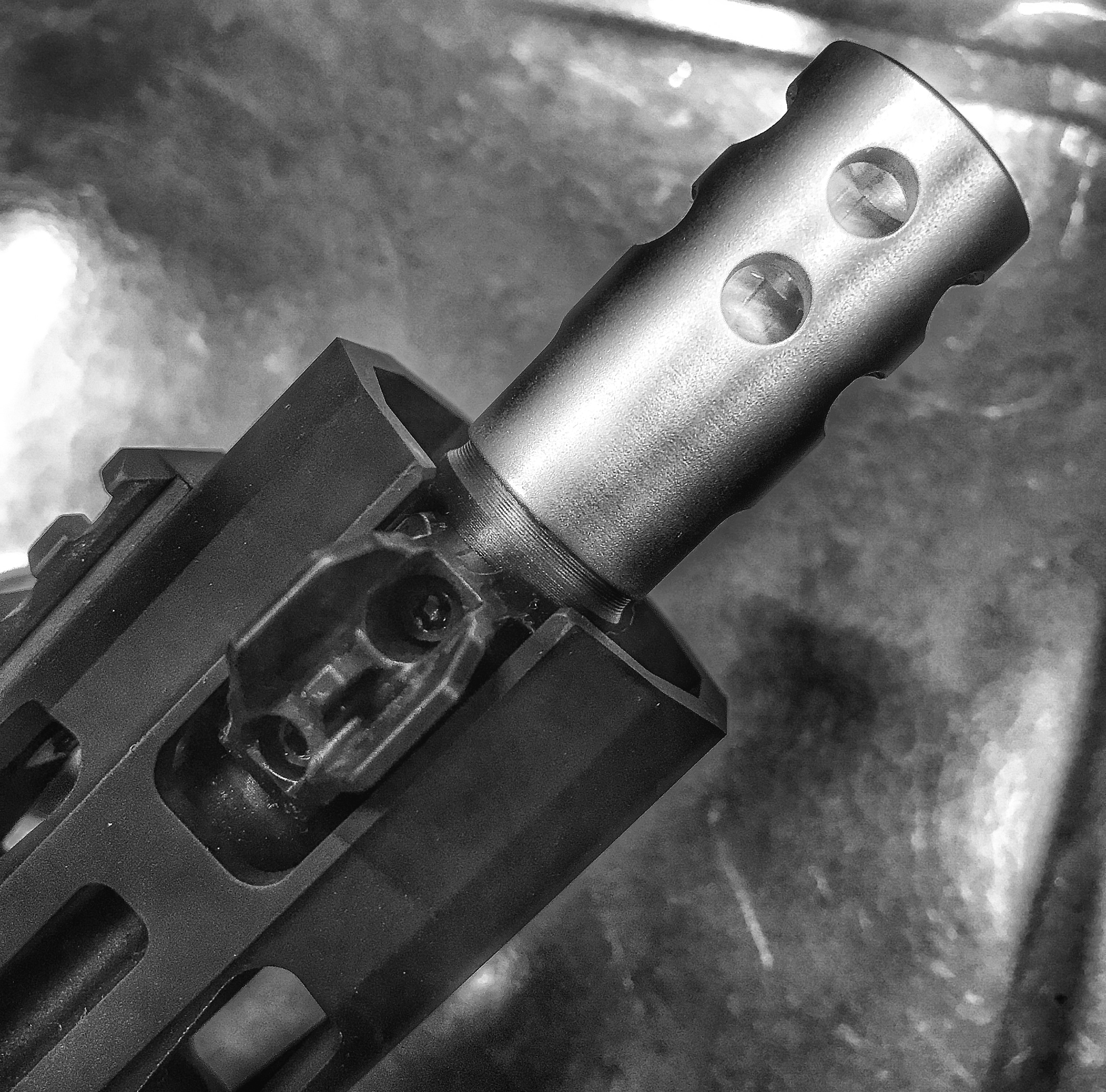 The first shot today was an amazement at how much more effective it was than the commercial brake. All my gripes were washed away with the veritable lack of muzzle rise and right pull.

I mean, there is a slight hint of both but I truly believe it is mostly from the heavy bolt inertia. Compared to no brake and commercial brake........this is a new gun!!!!

I am amazed and dumbfounded how a guy that once glued his barreled action together and then froze his rifle in the freezer.............later stripping a handgun with CLP..........could POSSIBLY produce such an effective brake in his garage with little to no experience. Well..........I stand humbled.

I did a quick 10 round zero check at 50 yards with little effort and fanfare. 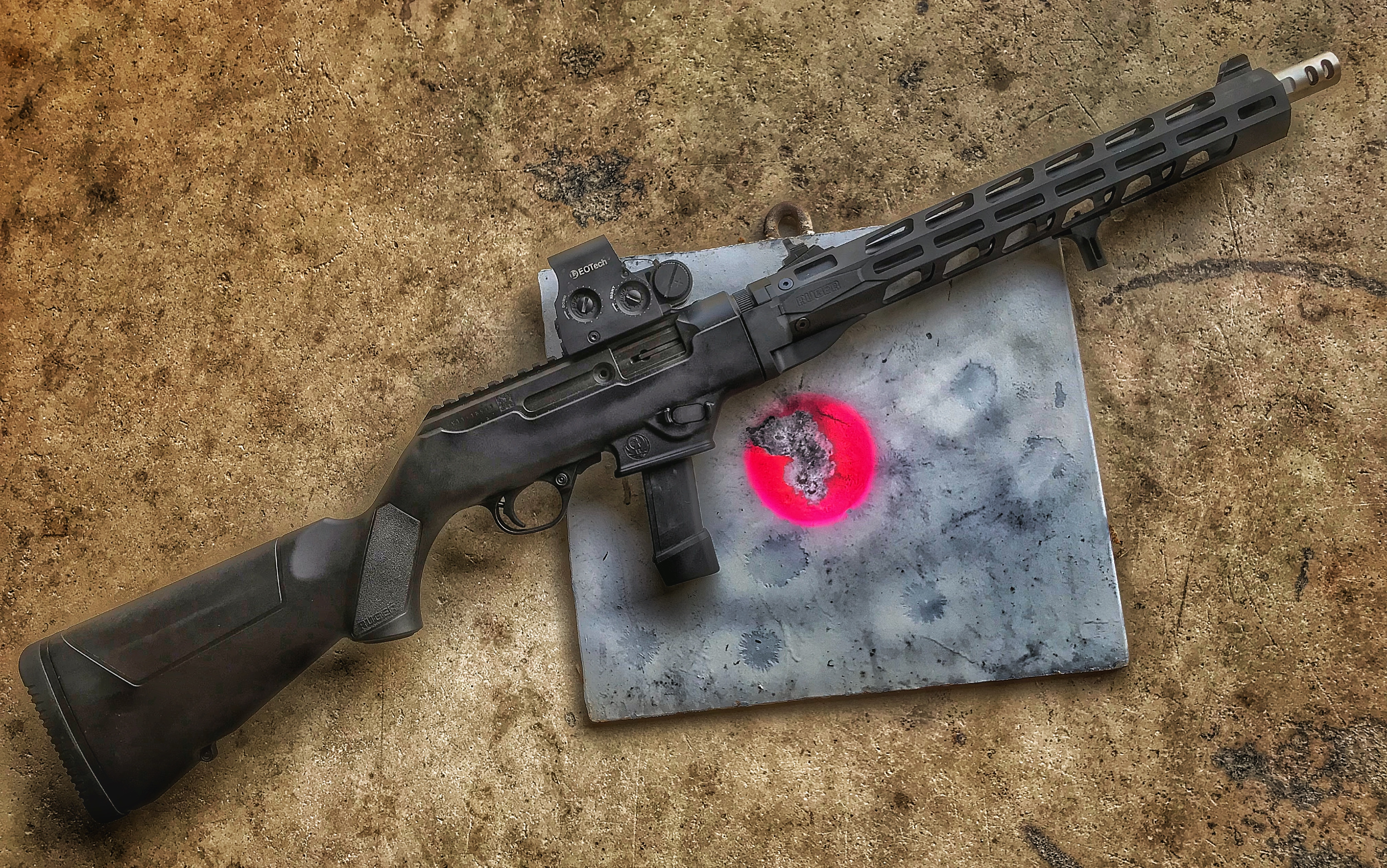 I then let my boy shoot it for the first time at 15 yards offhand. 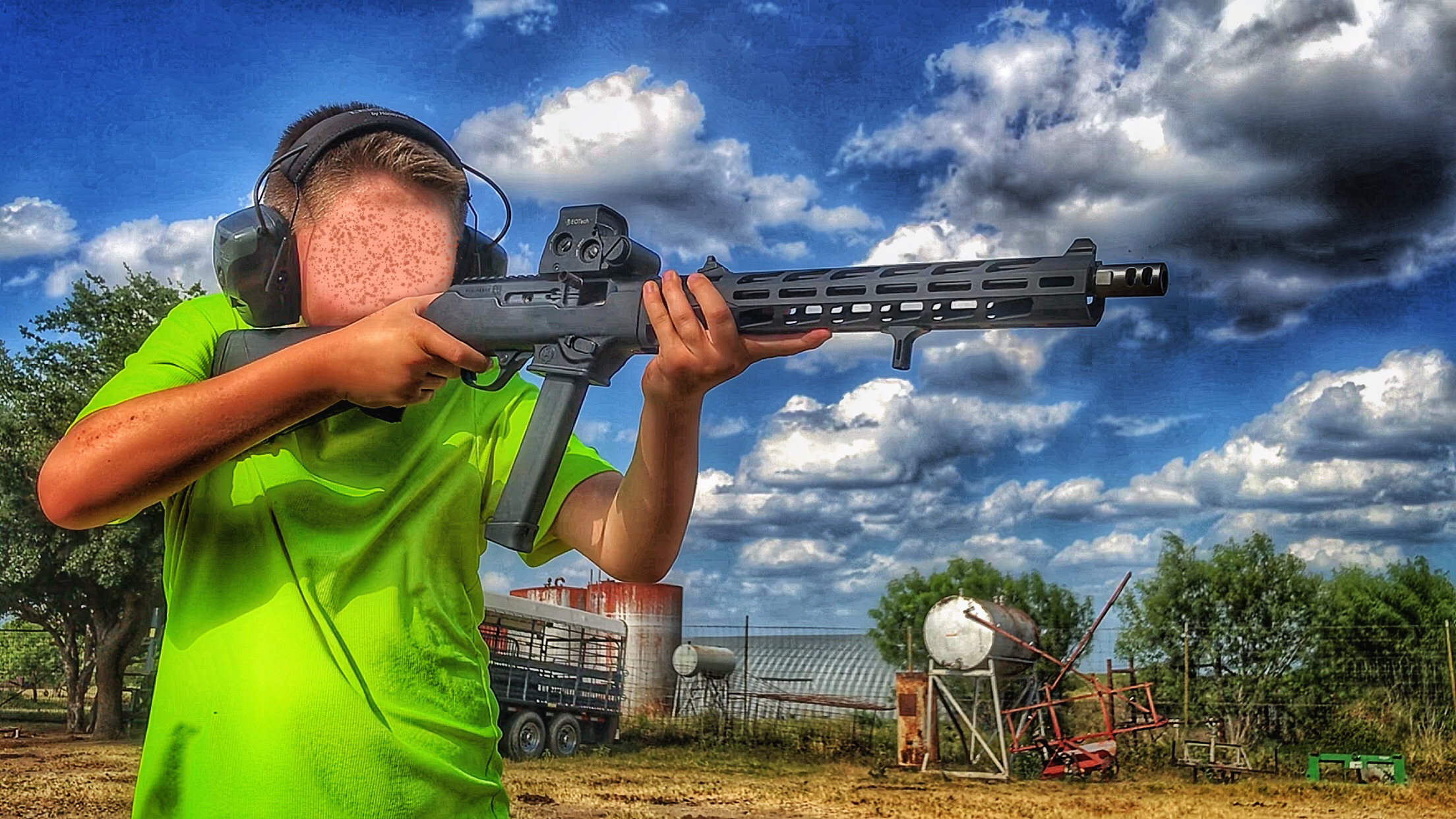 To which he stated, “That is one of the funnest rifles I have ever shot!  I want to shoot that one more!”

Psalms 8:2, "Out of the mouth of babes and sucklings hast thou ordained strength".

I will have another one. For a more substantial chambering.
"To Hell with efficiency, it's performance we want!" - Elmer Keith
3 · Share on TwitterShare on Facebook
«12»