GunNut Posts: 6,719 Senior Member
July 2019 in General Firearms #1
Looking to get back into SASS so putting together the new gun battery.  Saw this on GB for a really good deal and the blueing looked light and uneven and the description made it sound as it might be a little worn but the price was soooo right so I took a risk.

Well the bluing is perfect, the dark spots in the pictures were just finger prints and it turns out it’s the desirable (and really pretty) charcoal blue finish.  The gun is absolutely unfired, not even a ring on the cylinder.  No residue of any kind on the chamber mouths.

Paired it it with this vintage forward cant (butt forward) Bianchi Cavalry 1860 holster and threw on a set of stags that still need fitting. 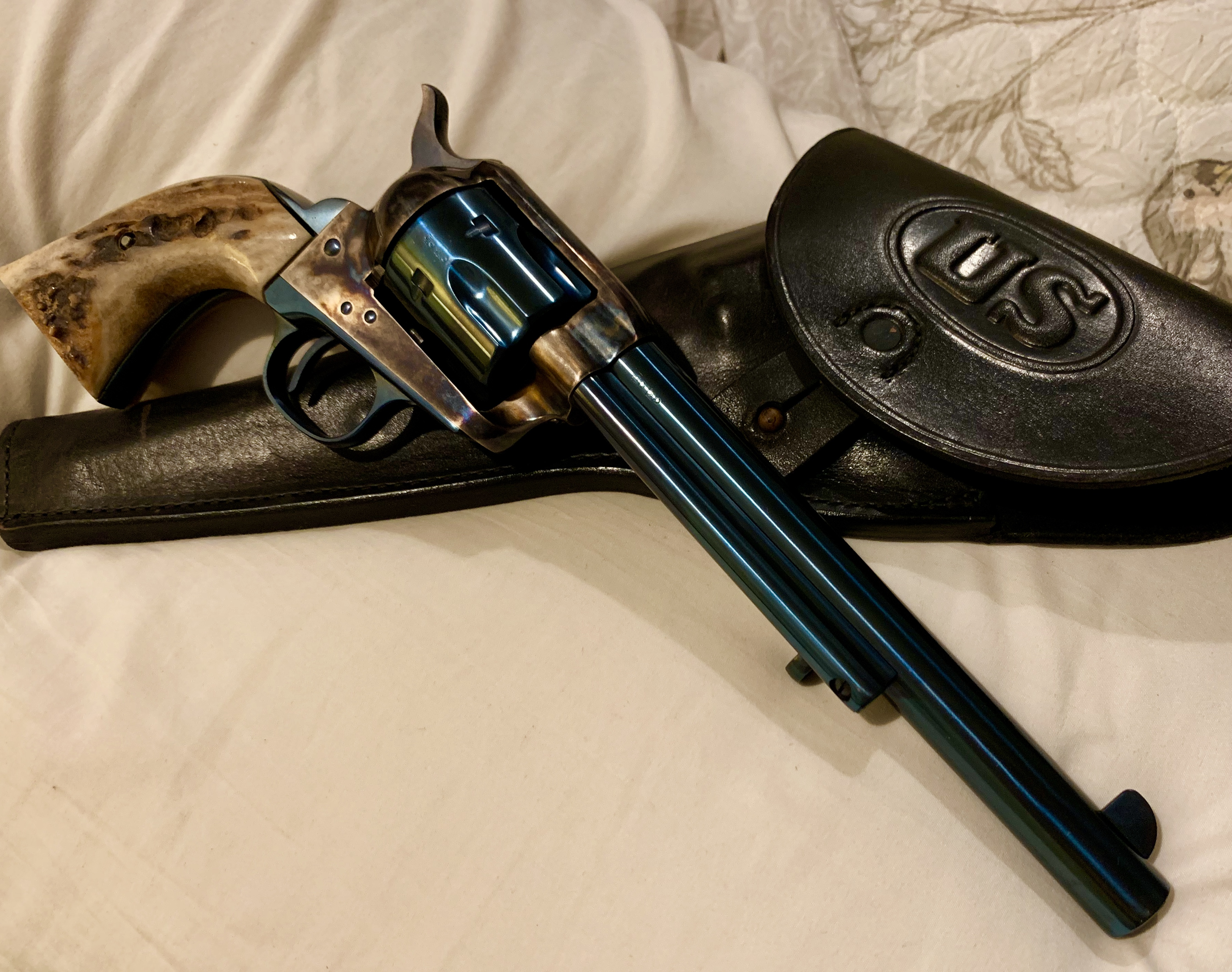 General George Patton:  “Watch what people are cynical about, and one can often discover what they lack.”
2 · Share on TwitterShare on Facebook
«12»