When to do what 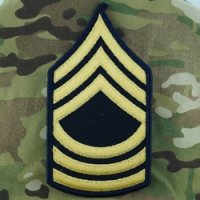 rbsivley Senior MemberThe Heart of DixiePosts: 1,259 Senior Member
September 2019 in Personal Defense #1
You're armed and standing line at the gas station A guy a couple people ahead of you a gun, points it at the cashier and demands money.  What do you do at this point?
Then he turn his gun on the people in the store. What do you do now? Next he proceeds to herd the customers to the back of the store. What do you next?
I've thought of this using these scenarios. An additional thought is most of the time I have my 3 yr old great grand daughter with me. I'm thinking as soon as he produces a weapon I'm ready for him to turn on me. I'm not going to kill anyone for a few hundred bucks from the register. But, when he turns that changes my plan.
Randy