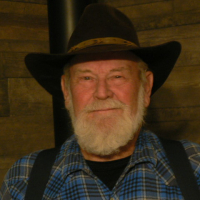 mosseybuck MemberSan Luis Valley, CoPosts: 564 Senior Member
October 2019 edited October 2019 in Clubhouse #1
Mike I just read your comments about hunting at Arnold Engineering. It was before A-10s came along but my cousin and I archery hunted there a few times In the '60s. I saw some really nice bucks but only shot I got was at a doe that was too far, I missed. Too far away for me now but I'd really like to hunt there again. Not far from my old homeplace near Nashville.
USMC '59-'65, NRA Lifer, Tennessee Squire
0 · Share on TwitterShare on Facebook