JasonMPD Senior MemberPosts: 6,583 Senior Member
October 2019 in General Firearms #1
I got curious. This usually sends me down rabbit holes with no purpose or direction. But I took the Trijicon MRO off the 12.5 and put on my Vortex Viper PST 1-4x.

With an optic (albeit a 1-4x), what can the rifle potentially do?

Right away I had to put aside 55gr ammo and get some heavy class ammo. Hornady Black 75gr HPBT shot well in my 16" guns, so I went to buy some.  All out.  Crap. 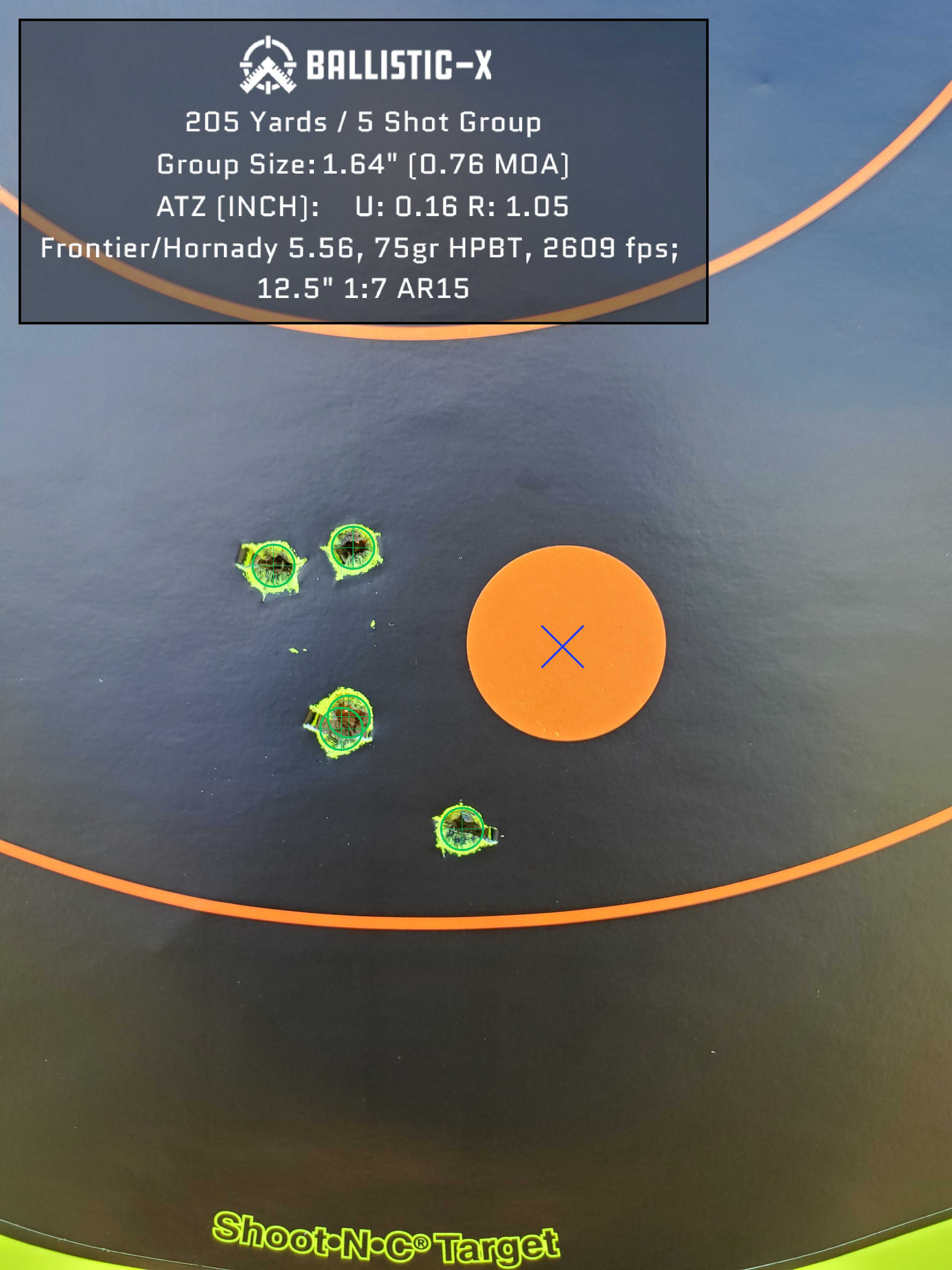 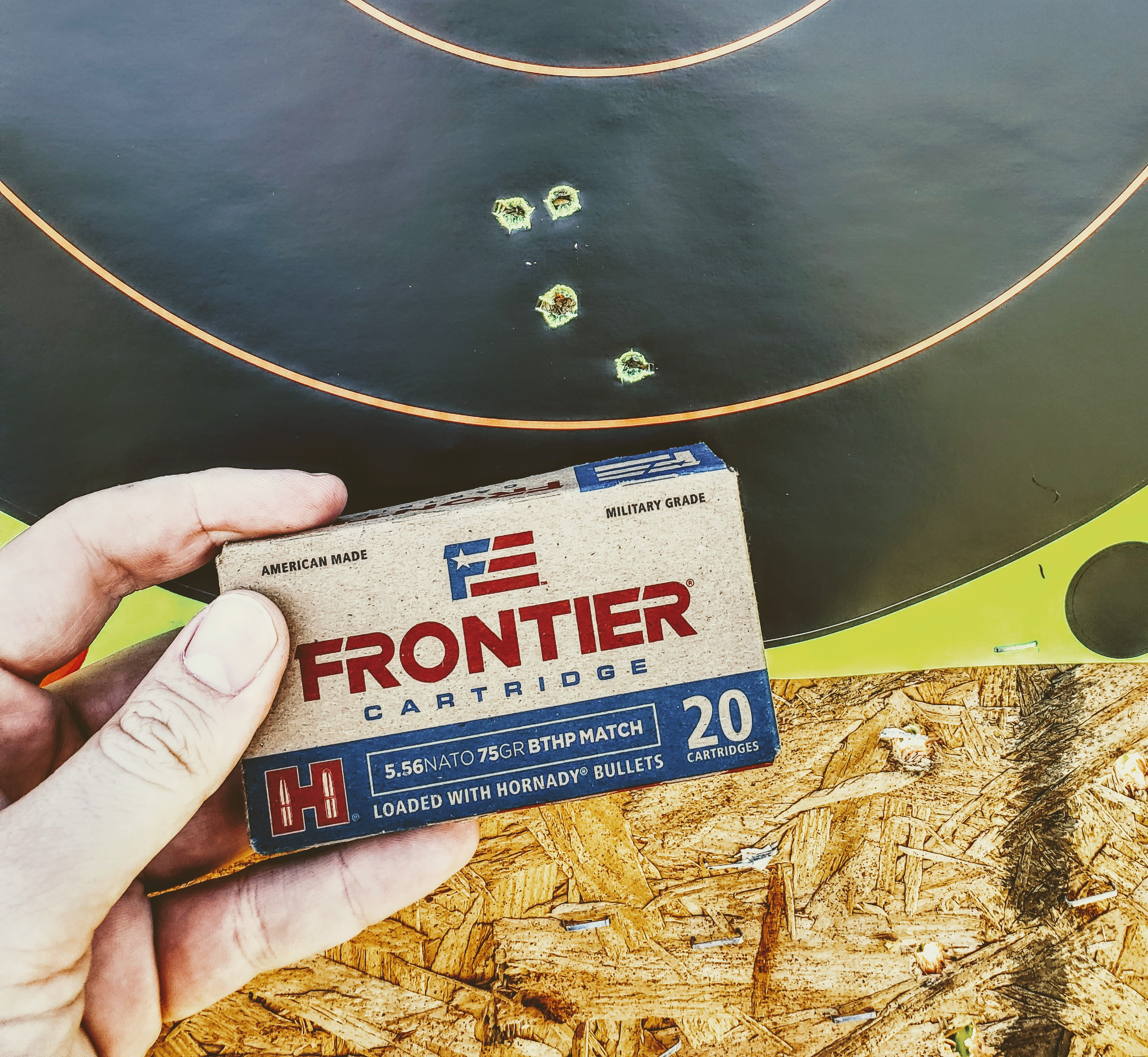 (Note: orange dot is not POA. I pasted it there so the phone app had the 1" reference needed.)

Needless to say I have my new ammo for this gun and its inexpensive.  I'm working on replicating it at the reloading bench. I'm fairly certain the powder they use is H335.  Reloading data available suggests that too.  223 REM data "max" is 23gr in Hodgdon's guide and the case had 24gr in it.

Is 1gr the difference between 223 and 5.56 specs? Maybe. I'll find out. It could also be MAYBE Hodgdon CFE223.  Looks sorta like that one too, but edges out looking more like H335.  Both have similar max data for 75gr bullets.  So it begins.

Here's some pics of the rifle in it's new permanent configuration.  It's a CQC/medium range (400-600 yard) rifle now.  2600fps with 75gr ammo makes it a very, very capable platform. 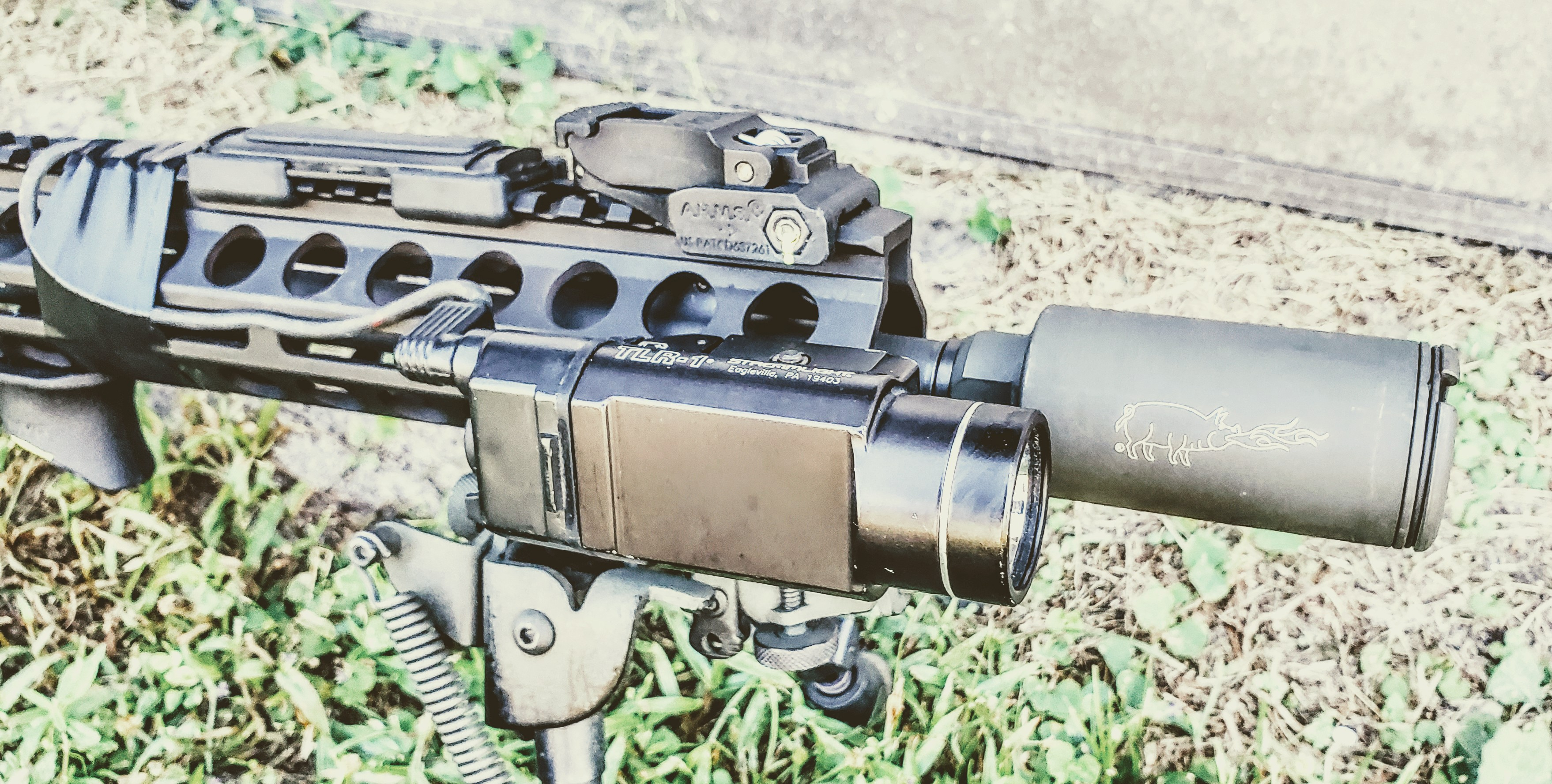 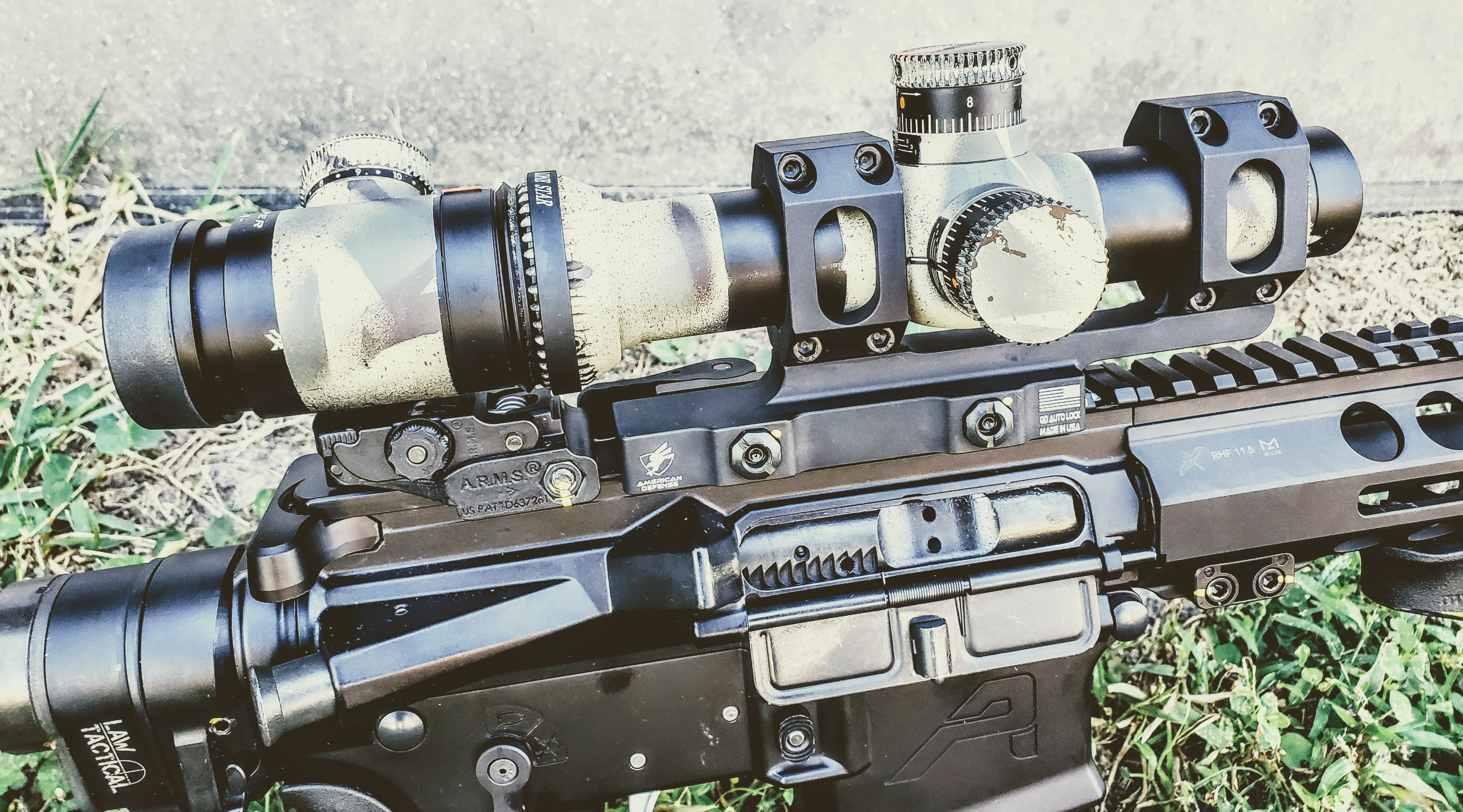 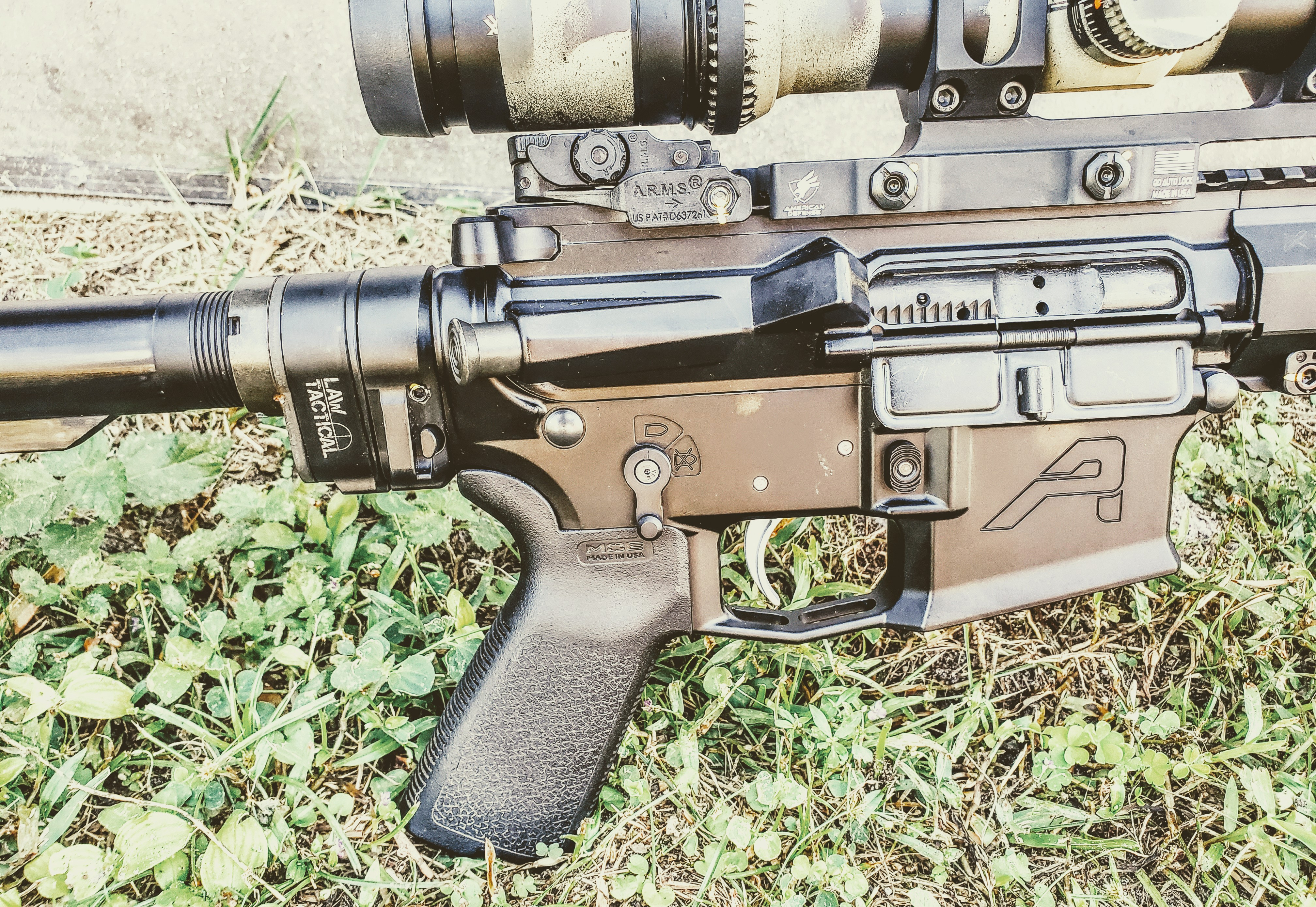 “There are three kinds of men. The one that learns by reading. The few who learn by observation. The rest of them have to pee on the electric fence for themselves.” – Will Rogers
2 · Share on TwitterShare on Facebook