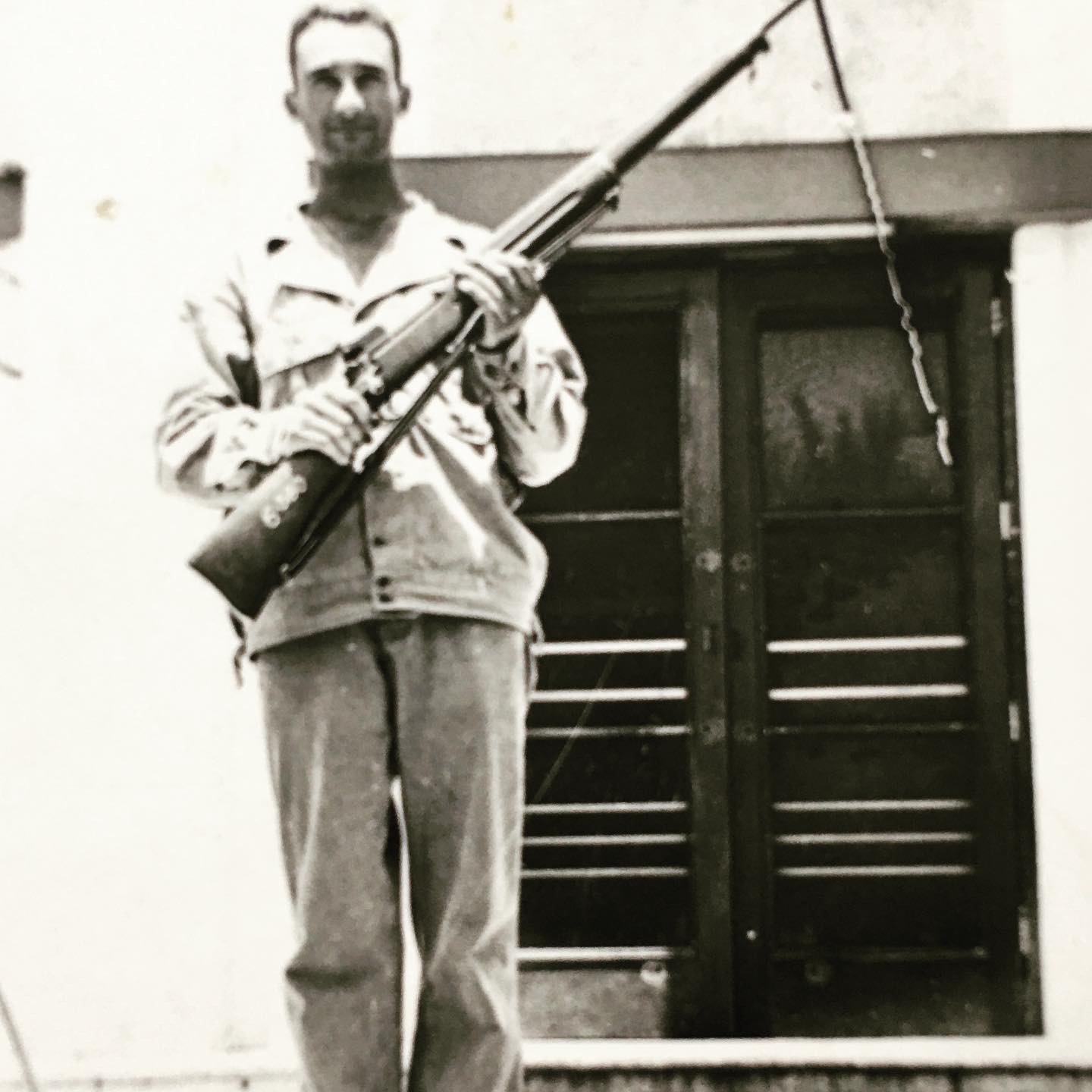 This is my father circa 1943/44 in training on Miami Beach as part of the US Army Air Corp prior to shipping out to England as a bombardier.  I believe the rifle is an ‘03 Springfield training rifle.  A number “6” plus some other writing can be seen on the butt stock of the rifle.  Any info appreciated.  He passed on Dec 23, 1995.  He was about 27 yrs old in this picture.

D
"A patriot is mocked, scorned and hated; yet when his cause succeeds, all men will join him, for then it costs nothing to be a patriot." Mark Twain
Alcohol, Tobacco, Firearms and Explosives.... now who's bringing the hot wings? :jester:
0 · Share on TwitterShare on Facebook