TurdusMerula MemberPosts: 356 Member
December 2019 in Hunting #1
At this time of the year lenght of the day here in Finland is pretty short, little over six hours here in southern part of the country.
despite of that I managed to squueze in a short hunting tip into my schedule today.
I drove the one hour drive to my hunting area and I was ”inside” the small spruce by the field at 2.15 p.m. The Sun was setting around 3.20 p.m today. That meant that I had about two hours of hunting time ahead of me as it would be too dark to shoot or see anything as we don’t have snow yet.

i sat by the field and enjoyed the peace and quiet. At 4.p.m it was getting very dark and I knew I had to leave within ten minutes. But then at 4.04 p.m. I suddenly saw three deer on the field, about 150 yards away from me. Doe and two fawns. Fawns we already pretty big at this time of the year. I didn’t have any time to waist so I quicly put my Zeiss’ red dot on other fawns shoulder and pulled the Mauser’s trigger.
Big, orange and yellowe muzzle flash blinded me for a second and after I recovered from that I saw that one fawn was missing and other was standing with the doe. Shoud I shoot another fawn too? Naah, I didn’t want to be greedy and desided to let it run away. Which it did after a few seconds. Then I saw a dark lump on the field and I knew the game was over for the other fawn.
Walked through the soaking wet and muddy field to pick up the young buck/fawn. It already had small buttons on it’s head.

All that was left was to drag it to my car about 450 yards. Luckily I had taken my self built game cart with me.

At home I understood that it had collapsed on the spot as the bullet went through spine and shoulder blade on the exit side.
It was a deer number six for me in this season. Third for my new rifle.

I would like to wish Merry Christmas to members of this forum! 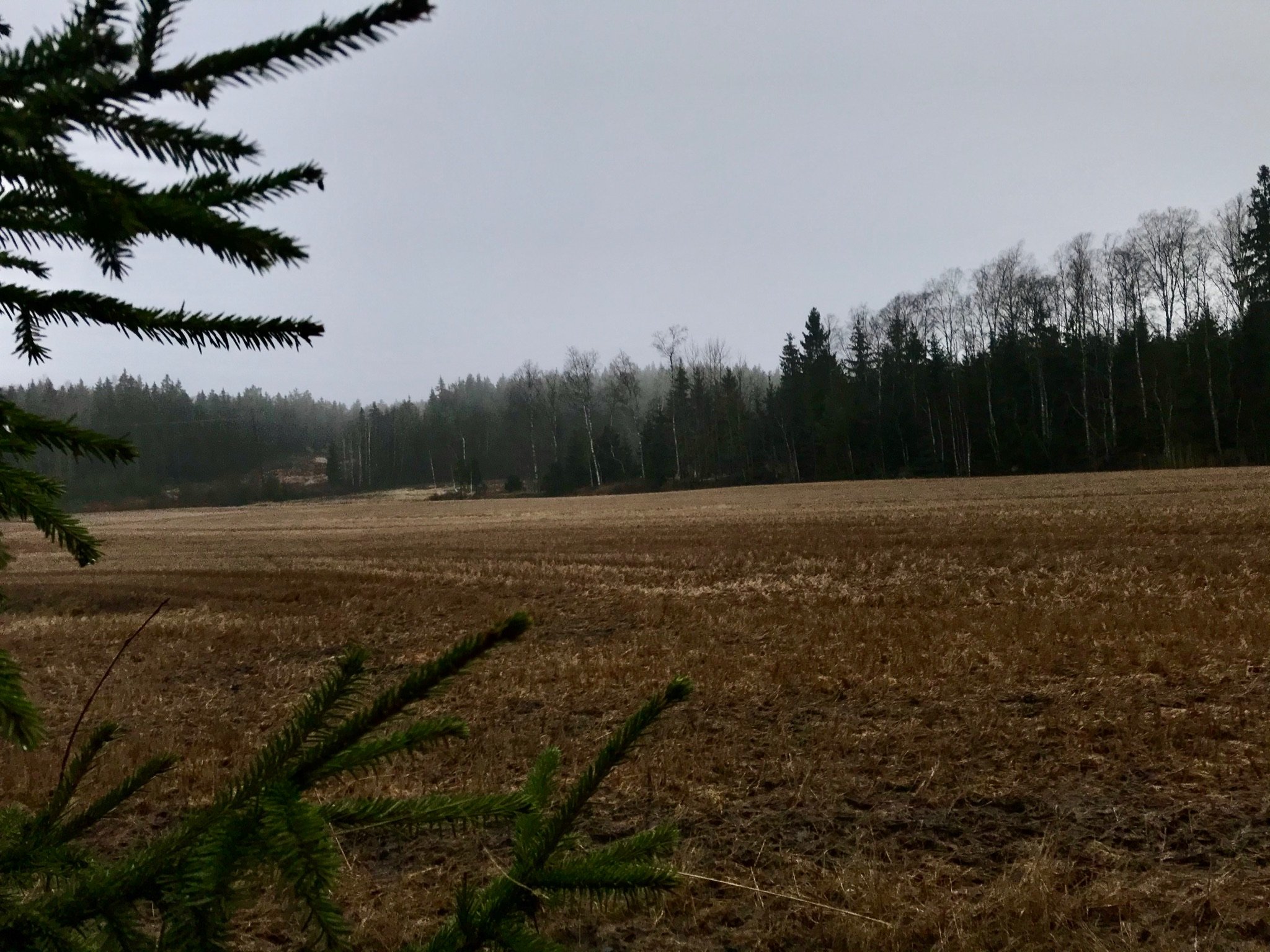 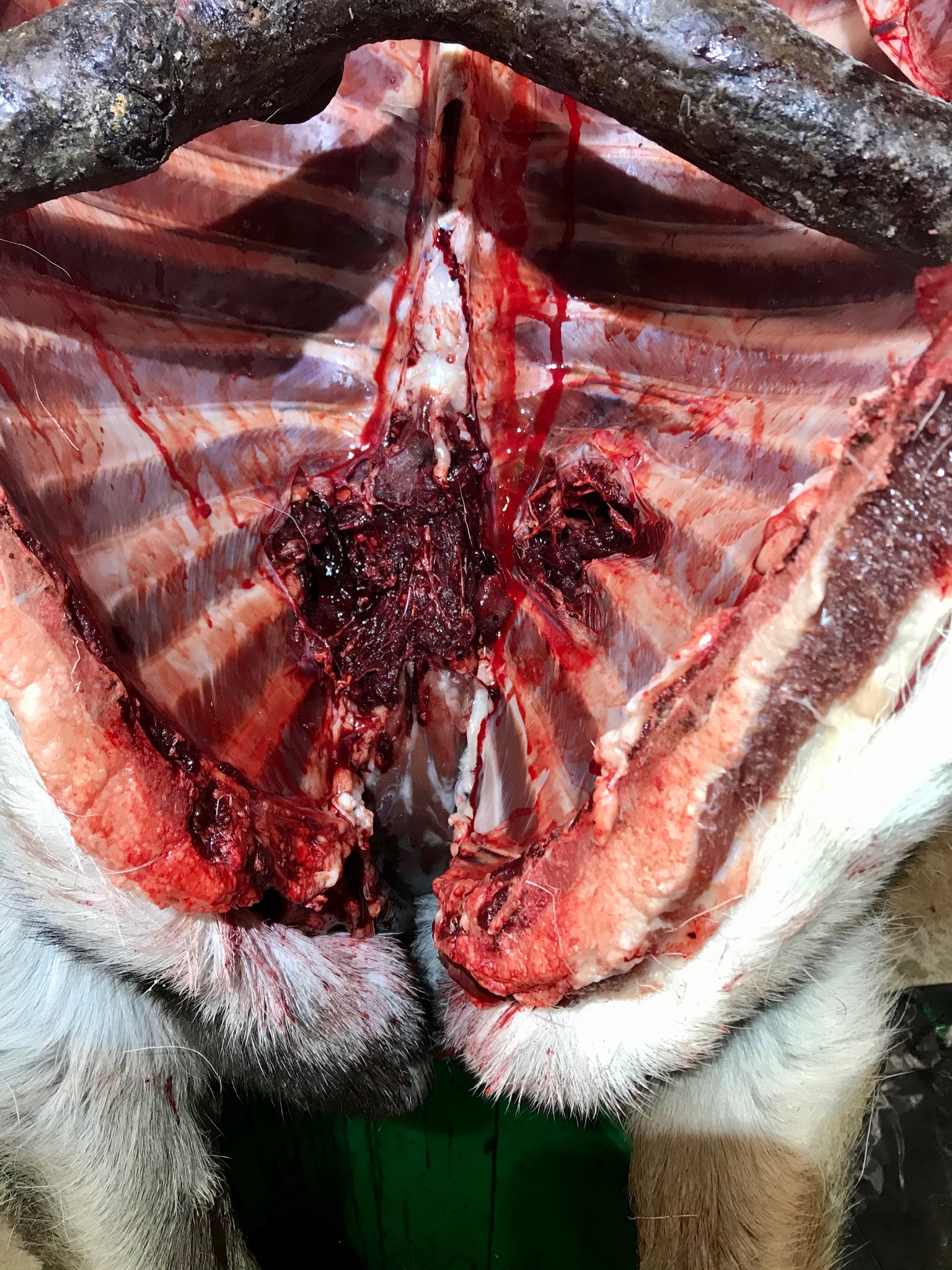 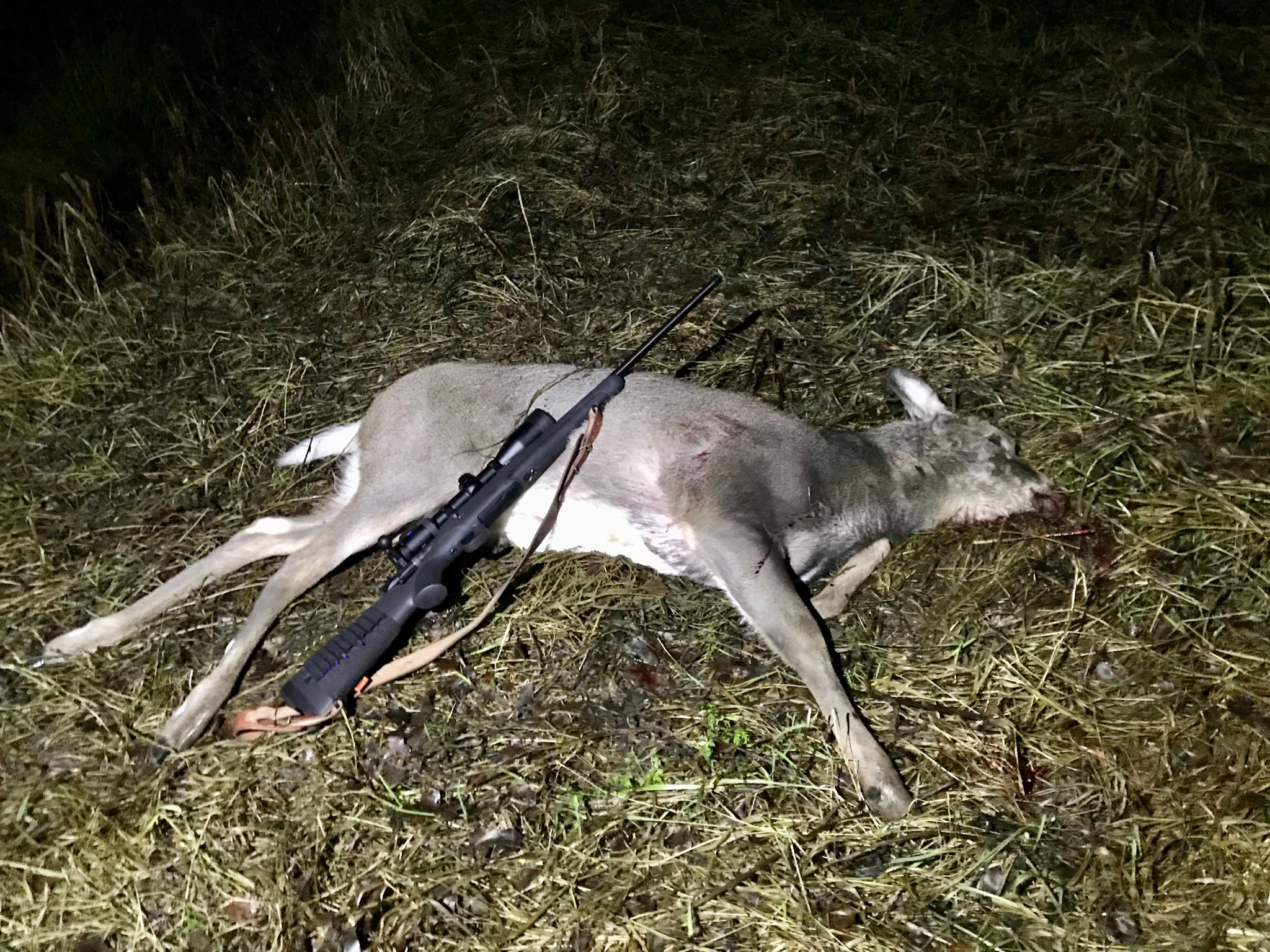