My boy doubled on deer yesterday!

Zee Senior MemberPosts: 24,503 Senior Member
January 2020 in Hunting #1
Took my boy hunting yesterday evening to a friends place. It was January 10th, 80 degrees, and we were wearing shorts!! 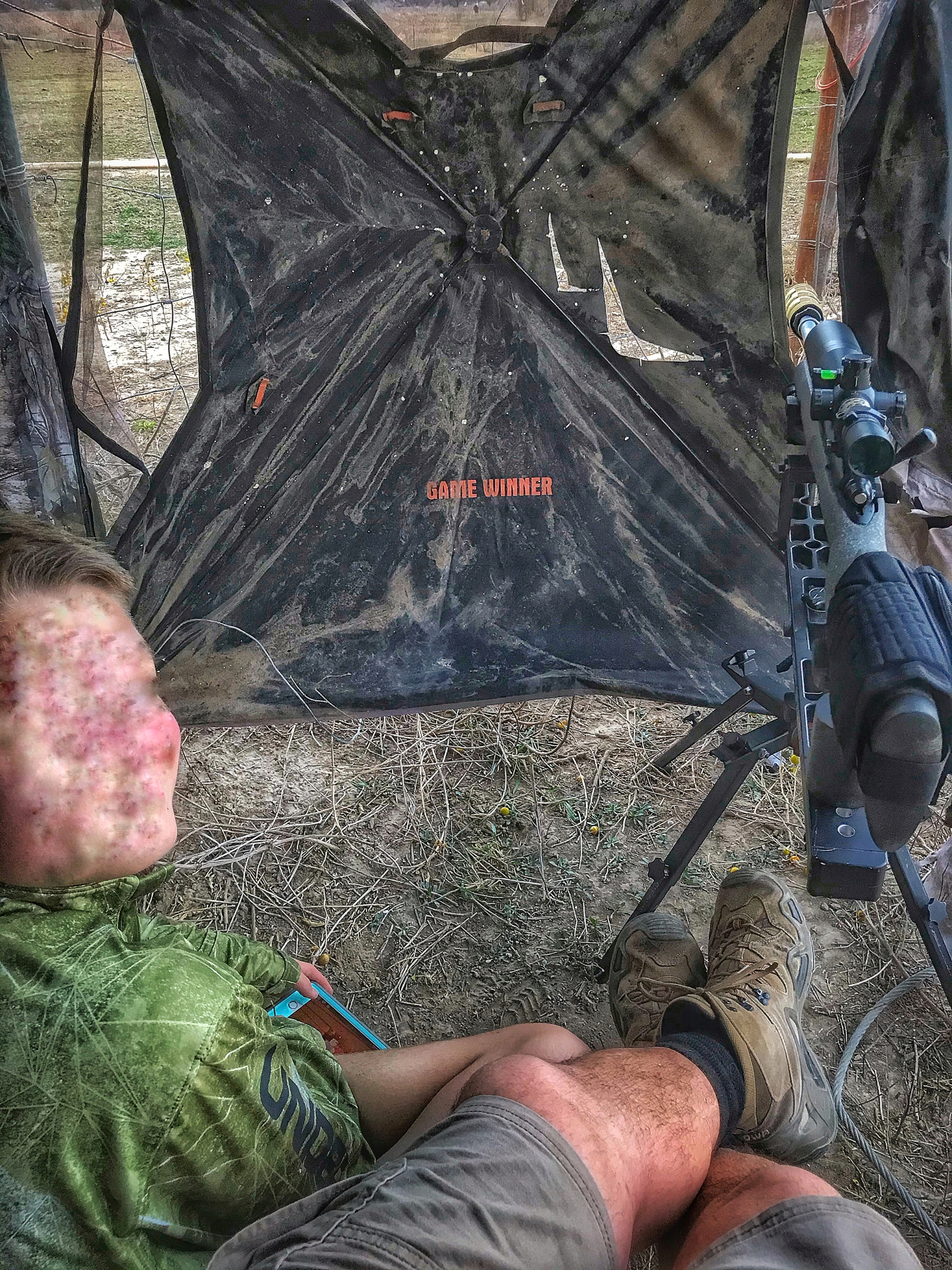 We set up in the same dilapidated Blind I shot my deer with last week using the CVA Scout Pistol.
A storm front was moving in but I hoped it would miss us or we’d beat it. Wrong on both counts.
The clouds rolled over us as the sun set. Bringing thunder and lightning as light faded and deer approached the field. I willed them to hurry up and cross the property line as rain drops began to fall. The compromised state of the blind with one side missing and holes in the roof soon cost us our dry state. But, the deer had crossed into the pasture and we were working hard to get a shot.
A big doe was blocked by that pole on the right of the above picture. The SAME pole that had given me trouble last week. It’s like they knew!  Finally, as rain began to fall harder, a yearling to the left of the pole turned broadside and I told my boy to take that one.
Looking directly over his right shoulder like a good spotter, I watched his shot drop the deer in it’s tracks with a cloud of mud and dust at 88 yards!  The big doe ran to the left and stopped in the middle of the field.
We reloaded and I moved the Spec-Rest to the blind opening on the left. I located the doe in the dim light with minutes of legal time remaining. Oriented the rifle and told my boy to take her as well.  At the 130 yard shot, I saw dirt kick up behind her and she lept into the like a Springbok pronging. Hit the ground running and collapse after a 30 yard death race.
Pouring rain now, we high-fived, grabbed our gear, and sprinted for the house. Making it just in time for the hail to start falling. We decided to wait and retrieve the deer after the hail storm. 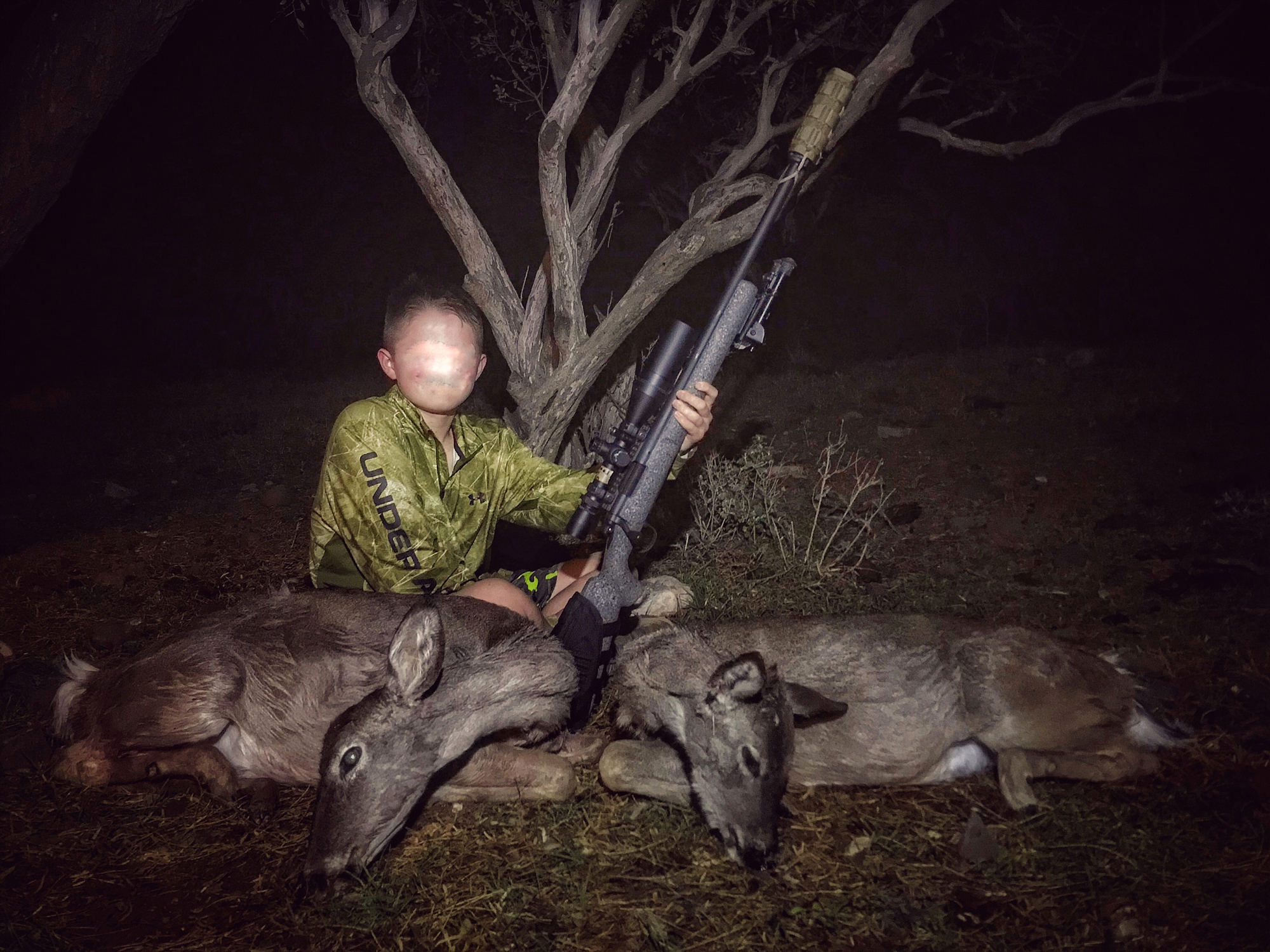 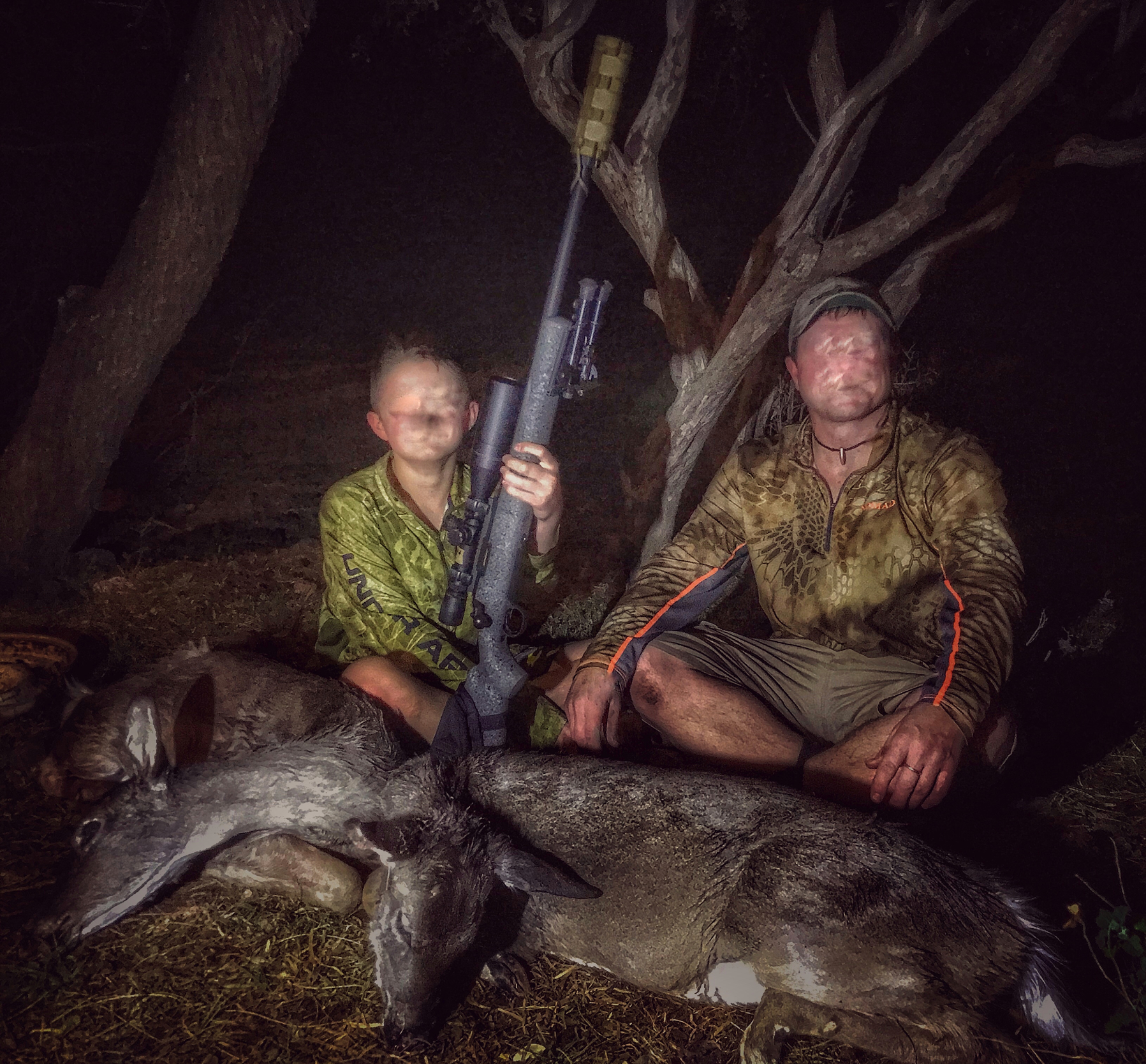 On our way to the ranch to hunt, he asked if he could try a Monster (energy drink). I told him, if he short a deer this evening, he could have a Monster. But, I didn’t want him jacked up on liquid speed before the shot. Well, he got his drink afterwards. 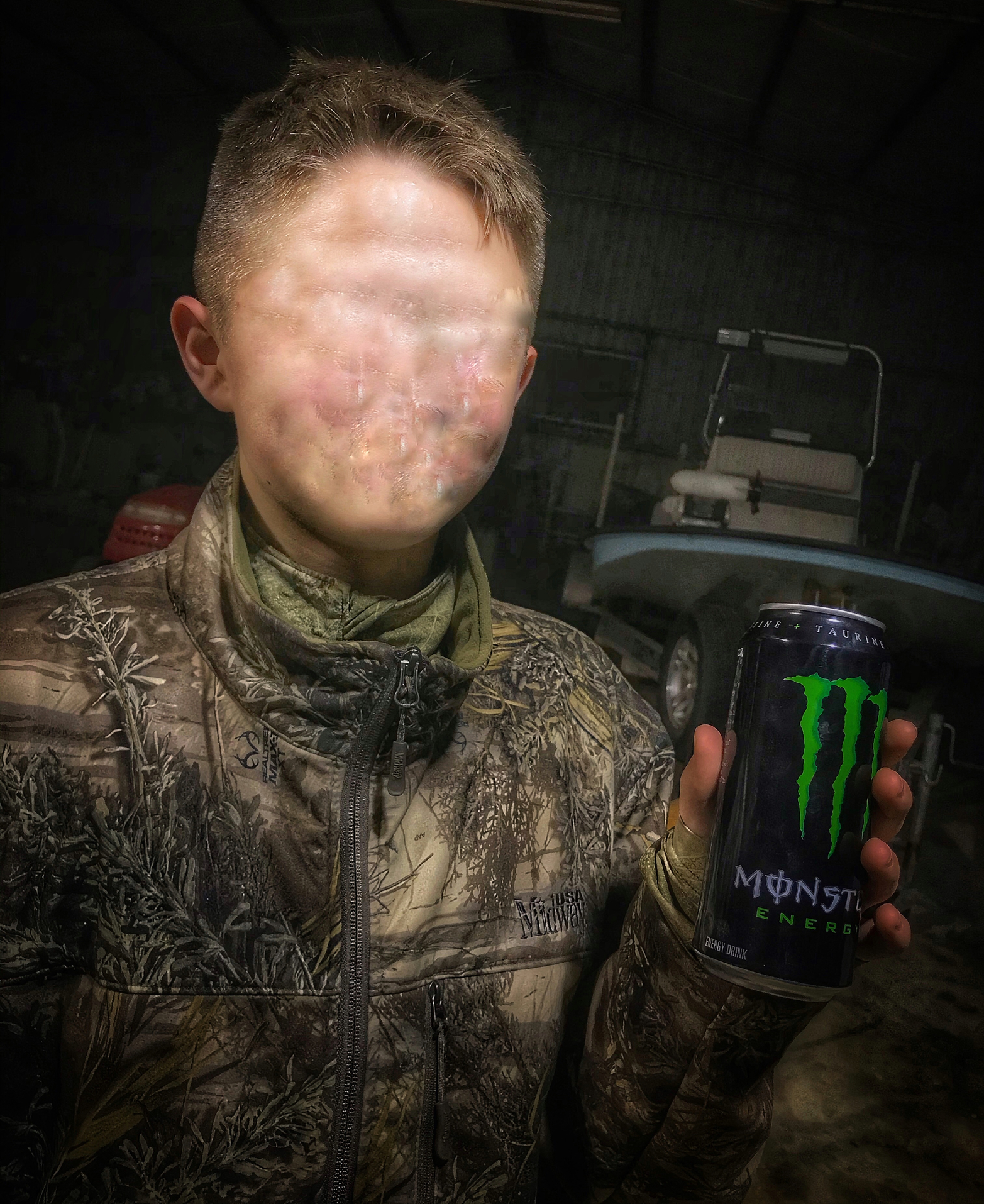