My boy Doubled on Deer again!

Zee Senior MemberPosts: 24,508 Senior Member
January 2020 in Hunting #1
Took the boy out again to a friends oat field where the deer have been eating him blind.
Set up in my friends makeshift blind with my short .308 Winchester and SpecRest with 72 degree weather. 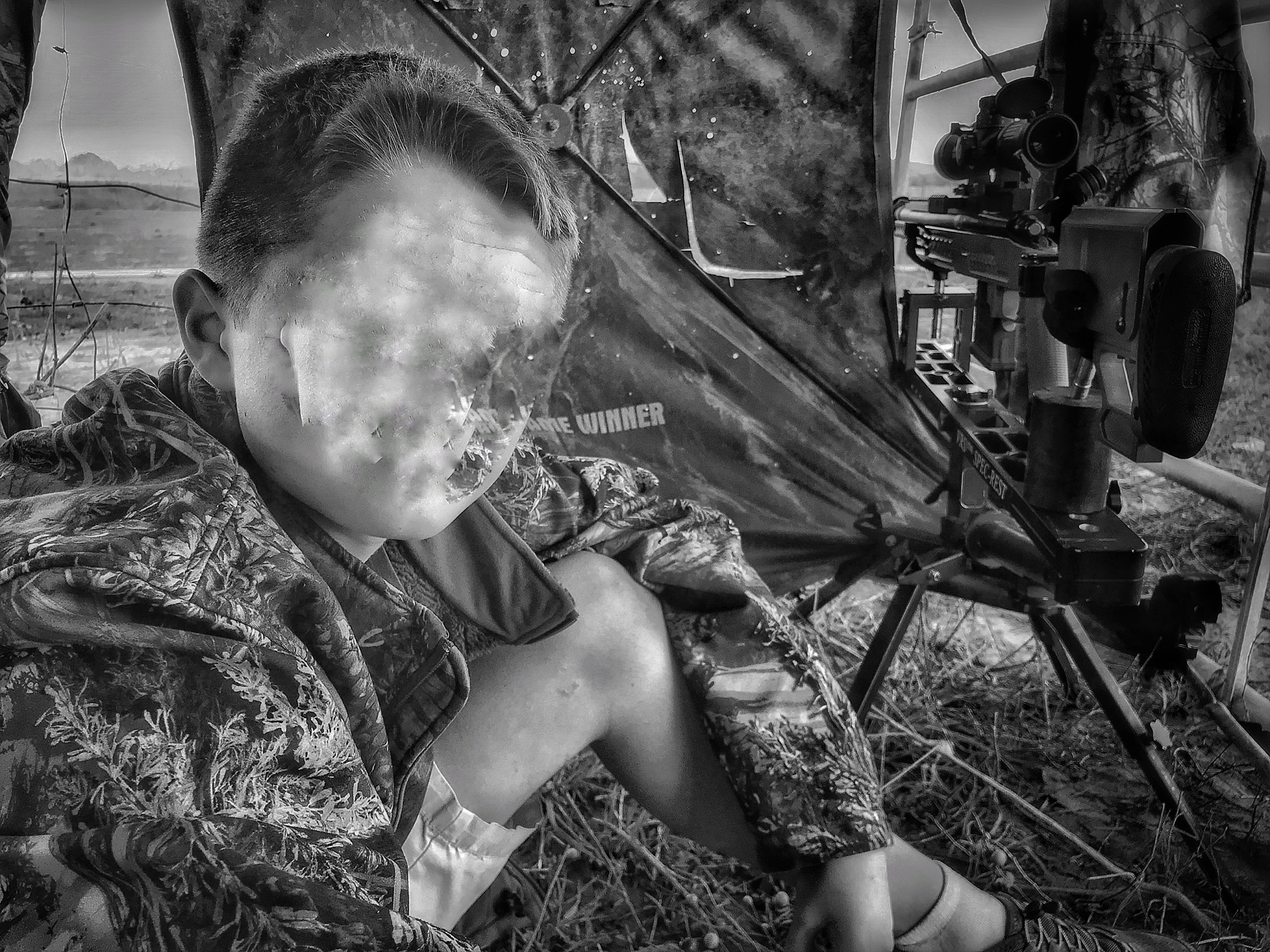 The deer show up just before dark in the oat field. But, I saw a few in the brush of the neighboring property to the East.
As we waited, a visiter found us in the middle of a field and decided to make himself at home. 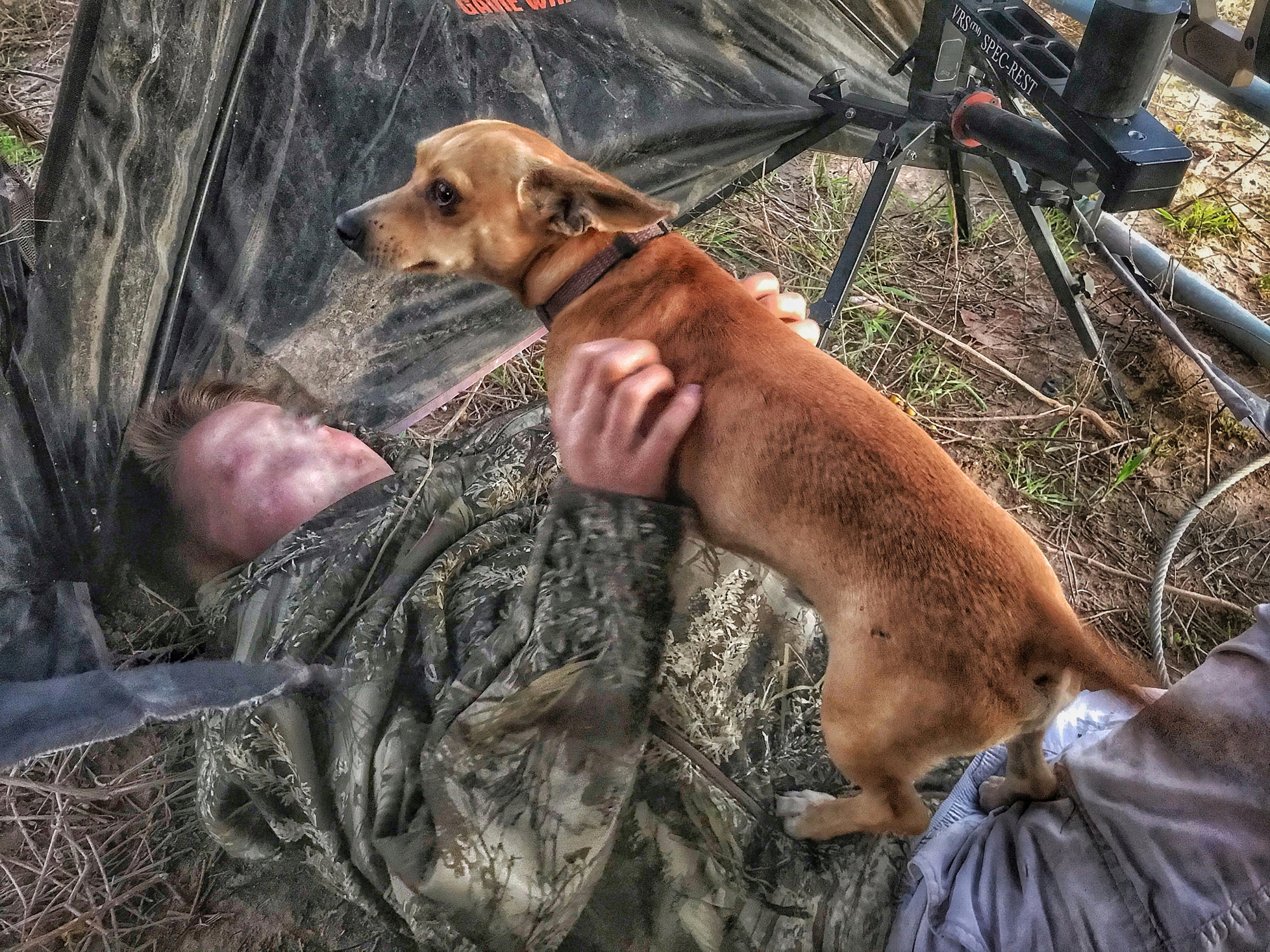 Apparently, the neighbors dog tracked us to the blind. Friendly lot. He hung out and played with my boy until I looked over my left shoulder and saw 4 deer had entered the field behind us. Crap!  Now they were within 50 yards and the gun was facing the wrong way.
Well, puppy to the rescue!  He decided to go for a walk and the deer locked in on him. Allowing us to move the SpecRest and rifle to another opening that faced their direction.
The boy got behind the rifle and we waited for the largest of the group to turn broadside.
Earlier, I told my boy to try and aim a couple inches higher this evening. Seeing as he always shoots the heart, I said if he aimed a couple inches higher, we might be able to eat one this time.
Well, with only 10 minutes of legal light left, she quartered towards us and I told him to send it.
At the shot, she dropped like a rock without a twitch. Legs curled under her, she hit the ground and rolled onto her side.
One deer returning the way they had come, the other two ran across the field in the direction we’d originally been facing.
Moving the rifle, we waited for them to stop. When they did and the second largest quartered back towards us he sent another 168gr ELD-Match across the field and into his second deer of the evening.
Lurching, she ran straight into the fence like a brick wall and collapsed.
The boy has become quite deadly. 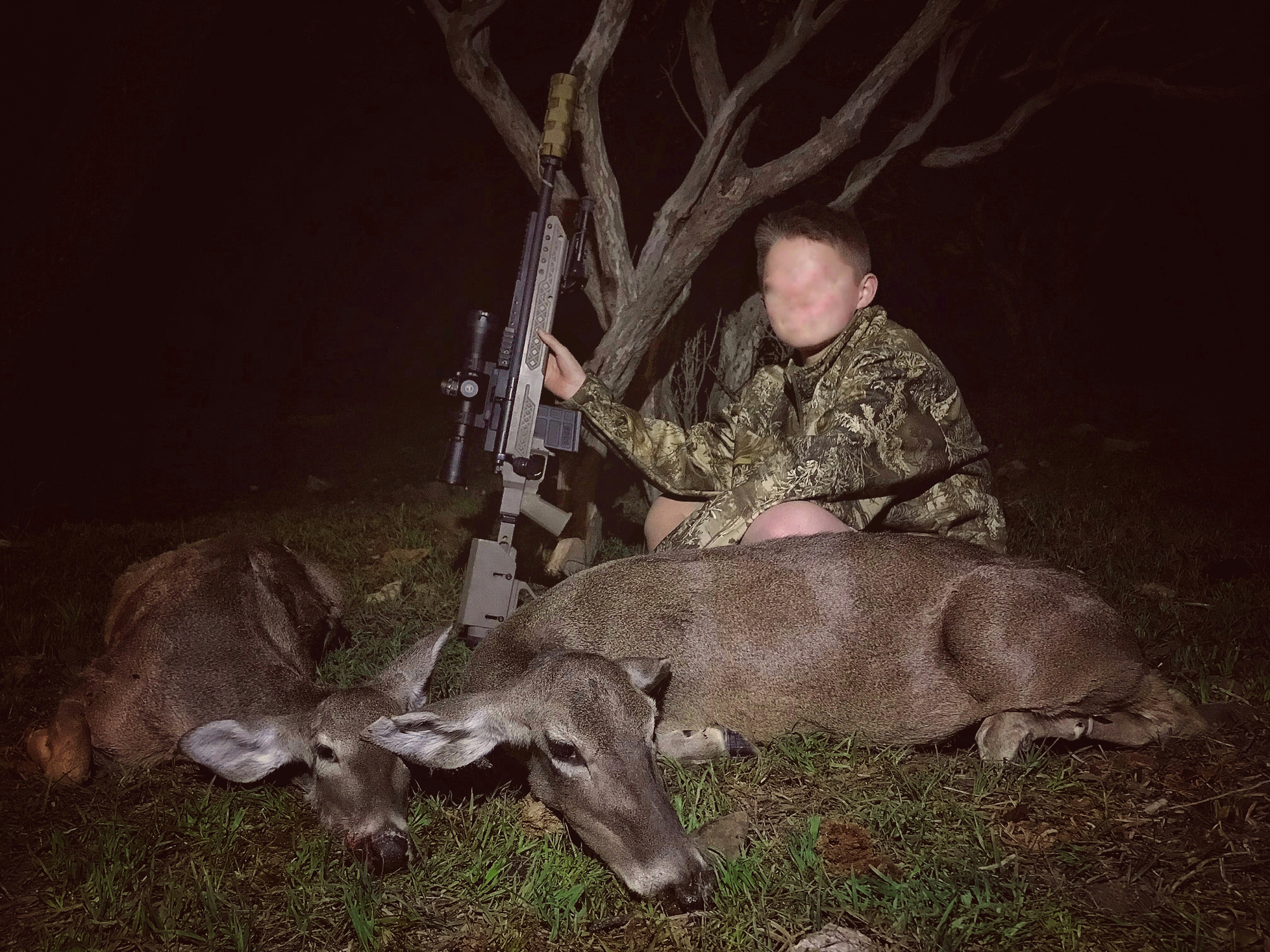