Zee Senior MemberPosts: 27,466 Senior Member
January 2020 edited January 2020 in General Firearms #1
Ernie came down my way this week to hunt on a ranch a friend of his manages. With my work schedule, I could only go and play yesterday. But , I got out there relatively early after their early morning hunt.
Met them at the gate and we headed to a barn that had a big clearing with a 200 yard range with bench that exotics frequented as well.
Ernie got set up on the bench with his Pachmayer Dominator in .25 Creedmoor and 110gr Nosler Accubonds. 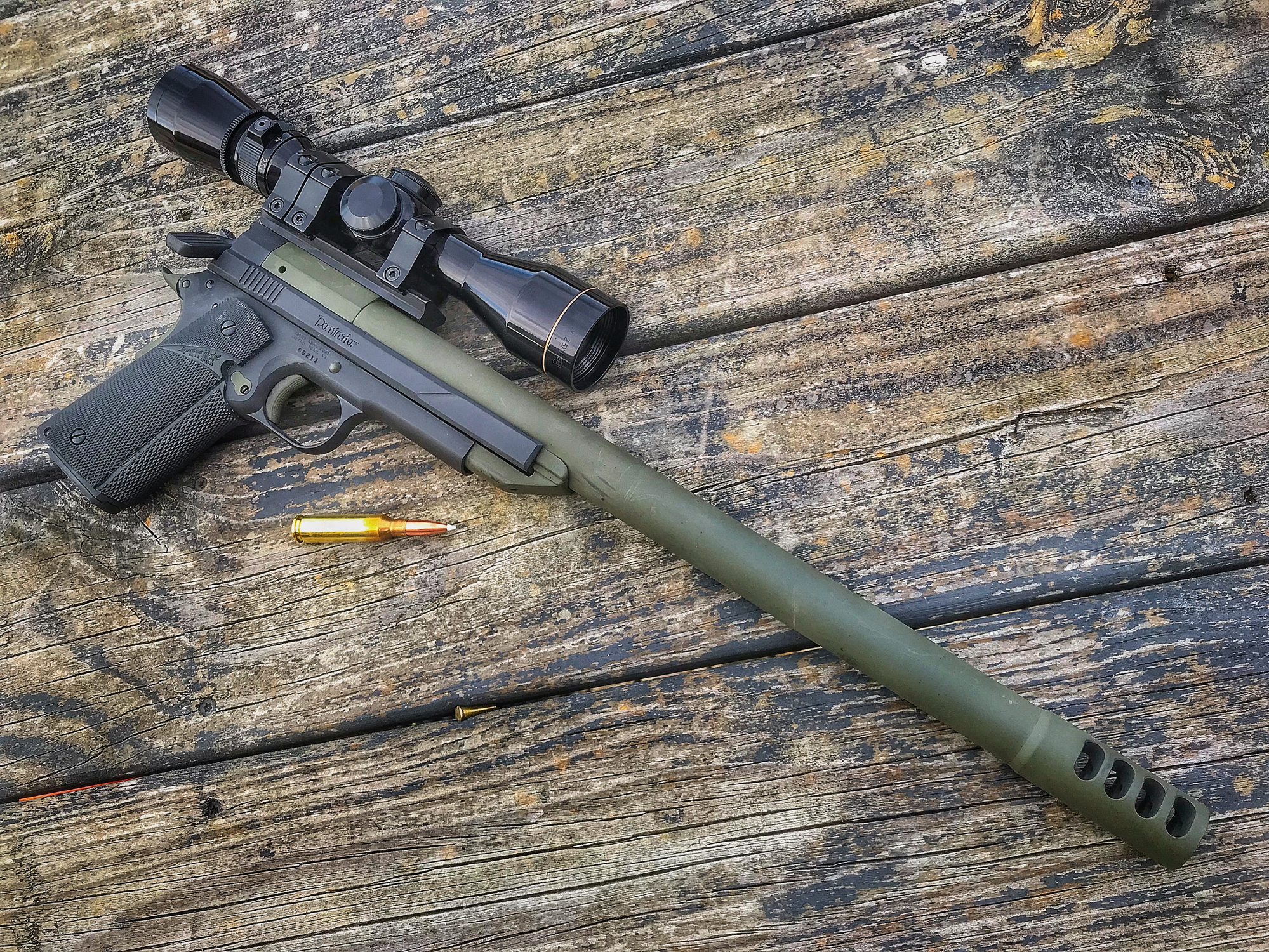 With the tempting of a little corn, a herd of Blackbuck Antelope and Axis Deer soon emerged to forage and suck up the food.
After watching some older and younger buck for a few minutes, the cull Ernie’s friend had in mind walked out. Then, the only problem was getting him clear of all the other animals and standing still/broadside. A feat that proved somewhat of a pain the the butt. He would be one of the above butt not all three.
Eventually, he was clear and broadside, but not still.

The only option was to take him after a step when he paused for a second to suck up a kernel of corn.

So that’s what Ernie did. 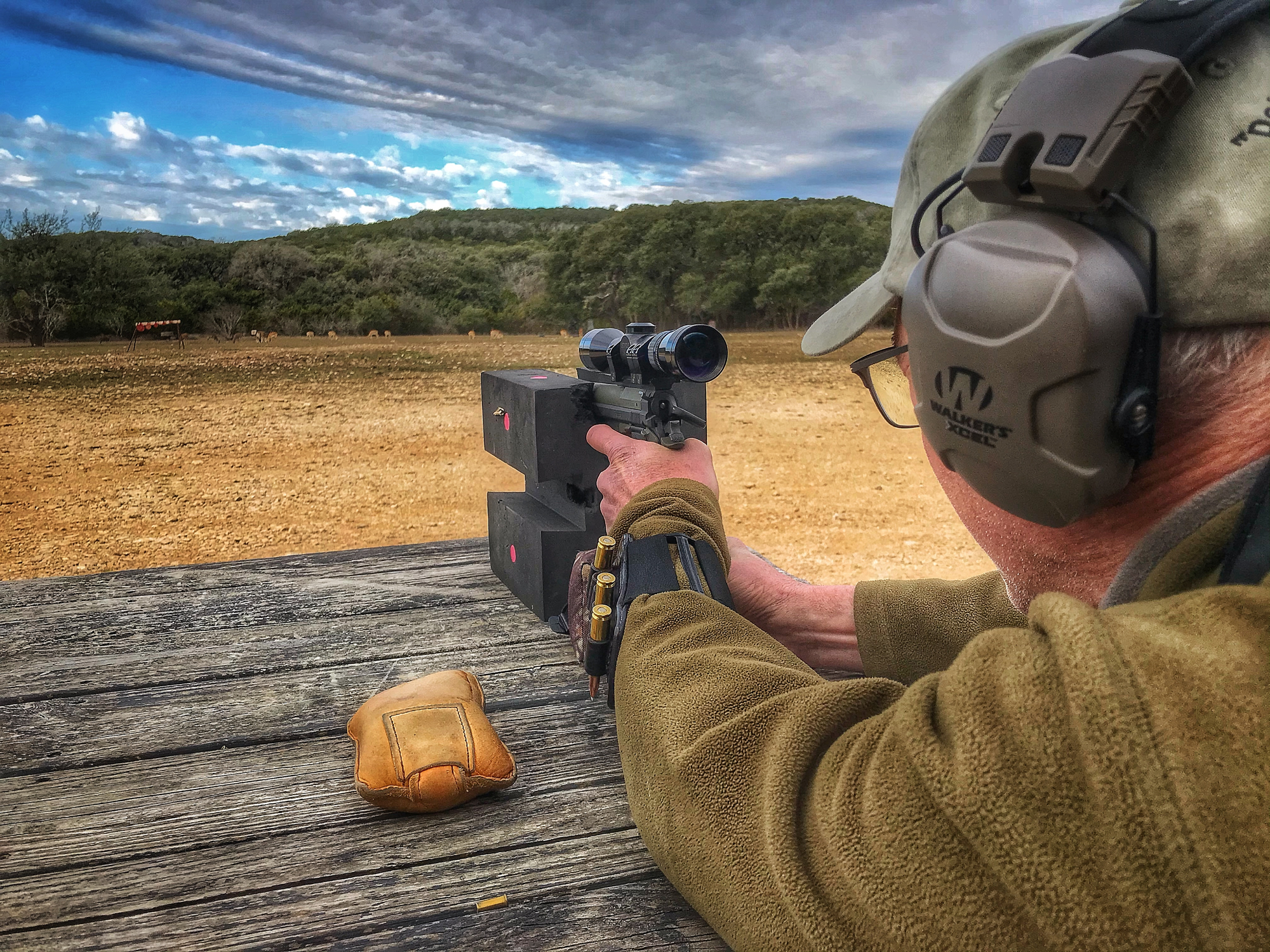 Putting the round tight behind his shoulder. On impact, the buck lurched forward and headed for the brush.

A consternation as he was in full velvet and a death run through the cedar would likely destroy his beautiful velvet cover. Fortunately, he stopped just inside the trees and spun around to fall. Only clipping the tip of one antler and scraping the velvet.
Not a bad shot for an old man with a pistol. 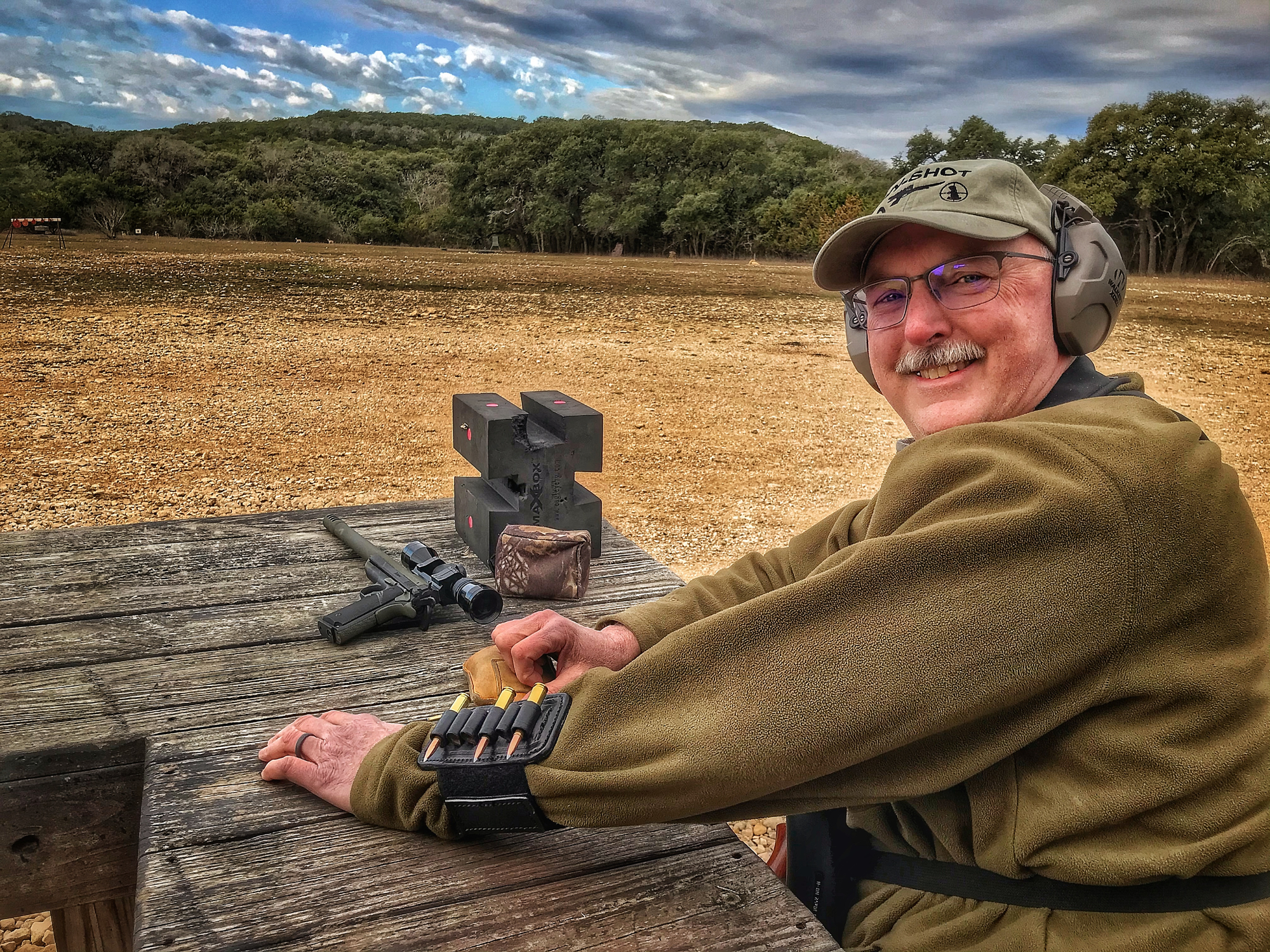 We grabbed our stuff and headed over to check him out. 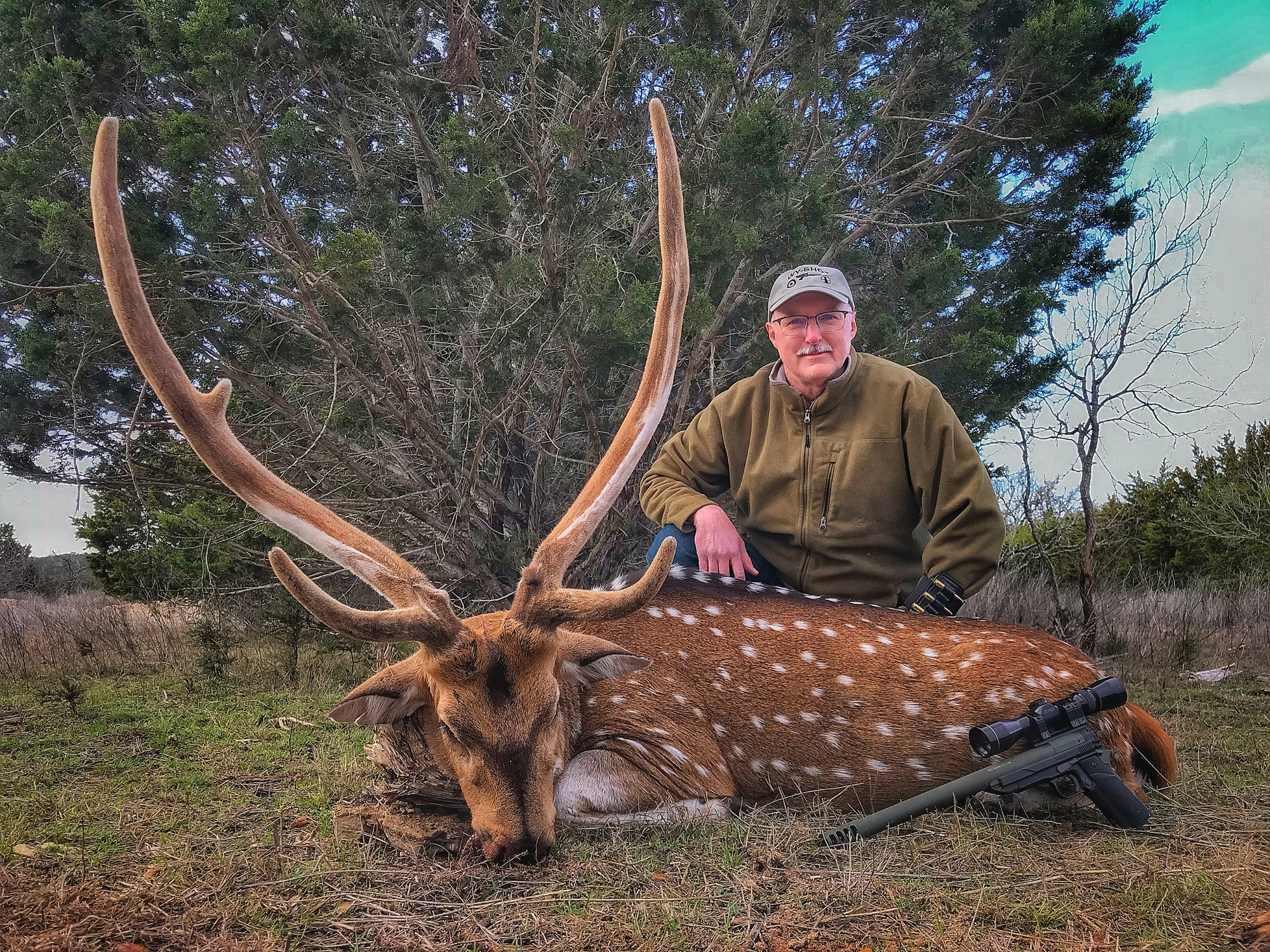 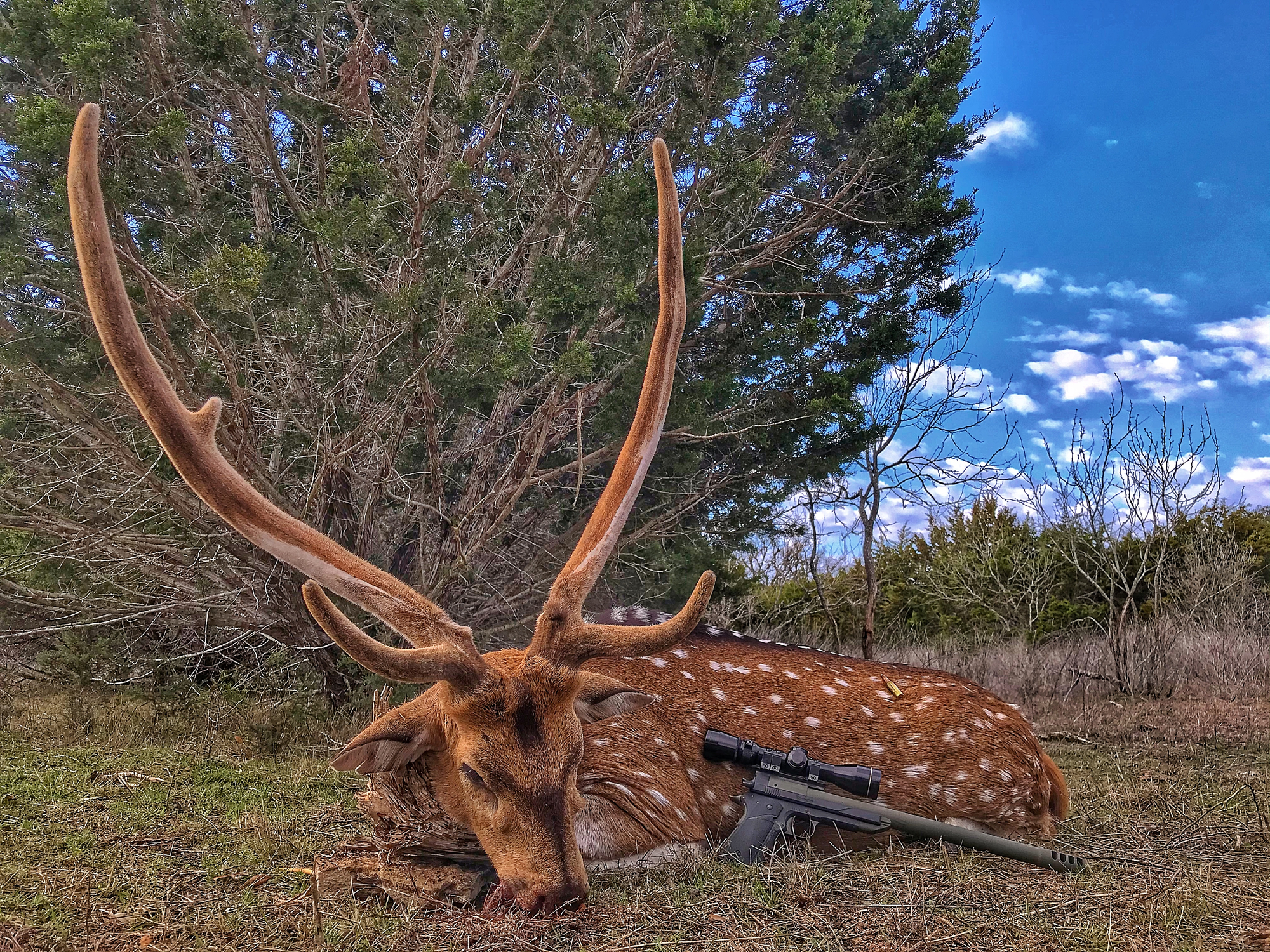 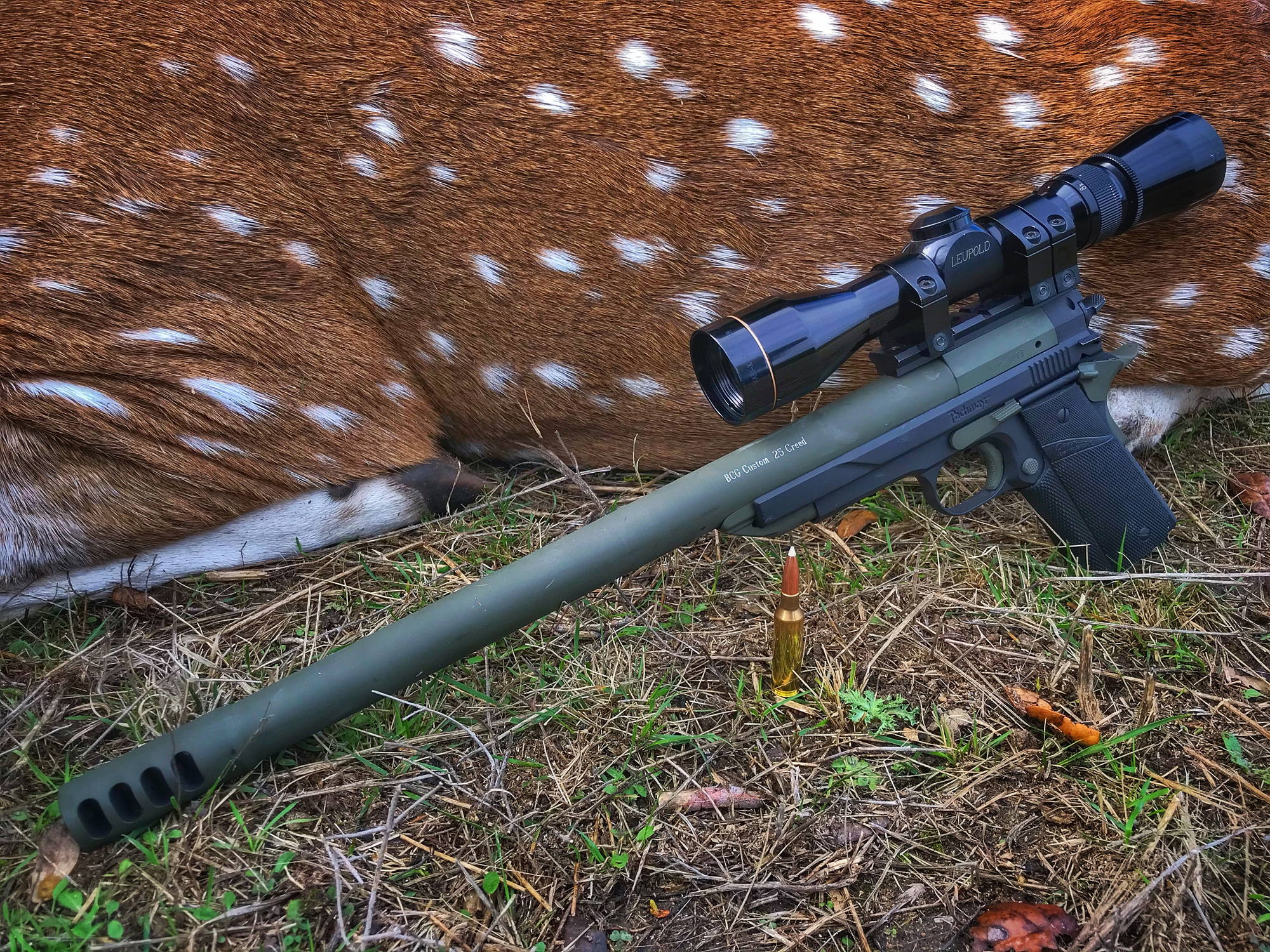 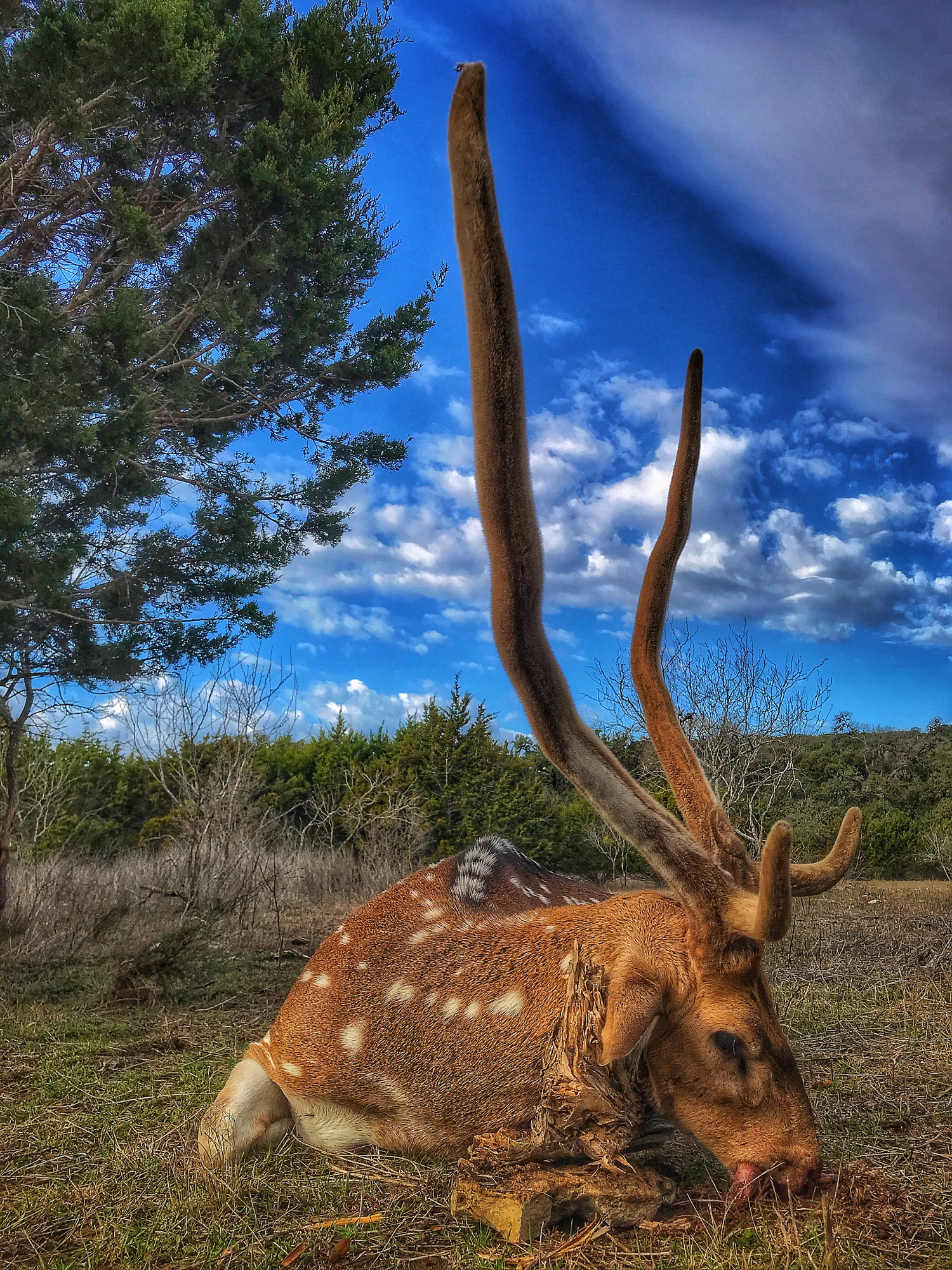 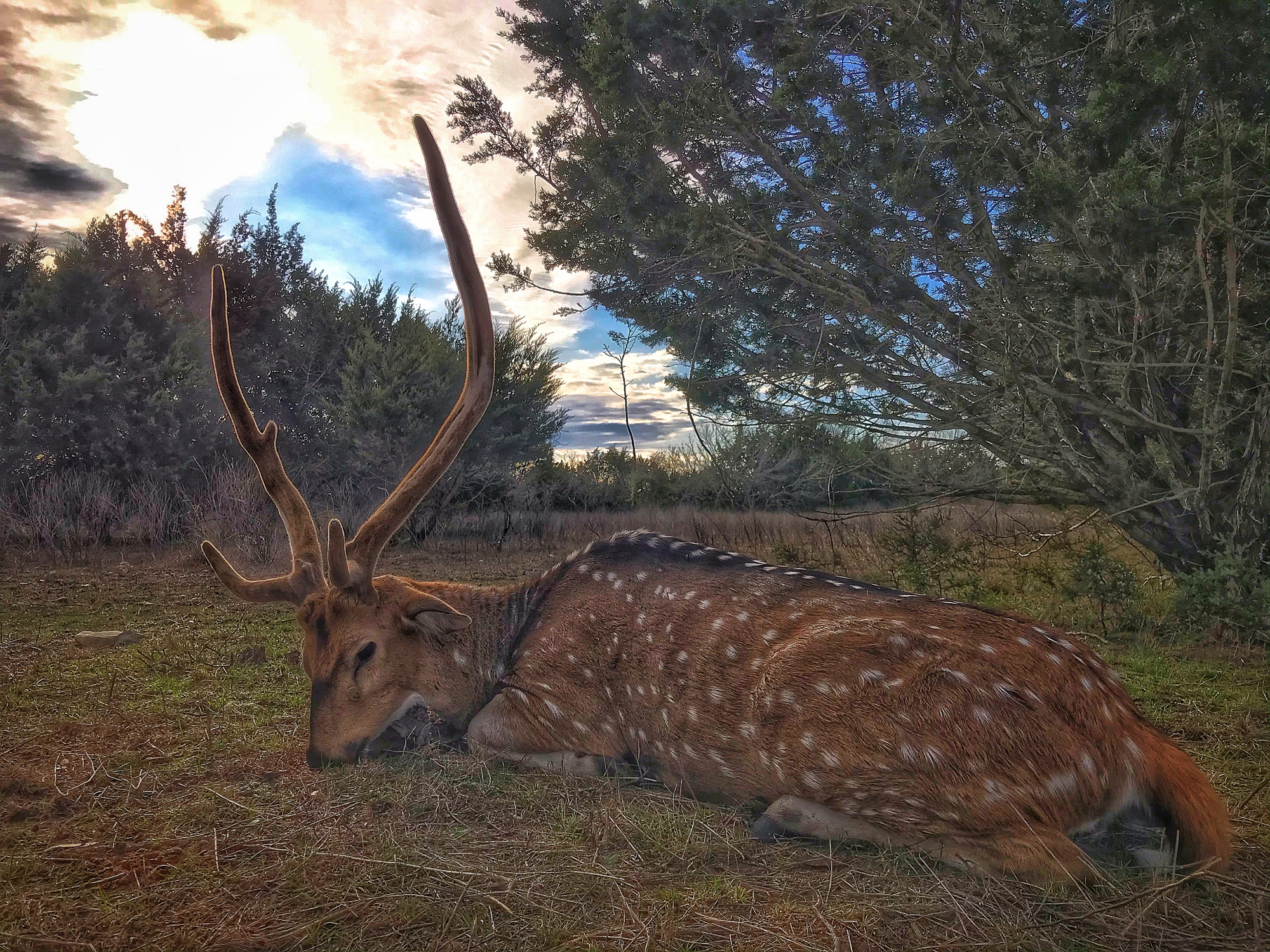 We gently loaded him up and took him to the cleaning shed to clean/cape/quarter.
A pretty cool looking animal, I dropped the head off last night to my taxidermy friend for a wall pedestal mount. Here is one she was working on when I got there last night. This is how Ernie’s will be mounted. 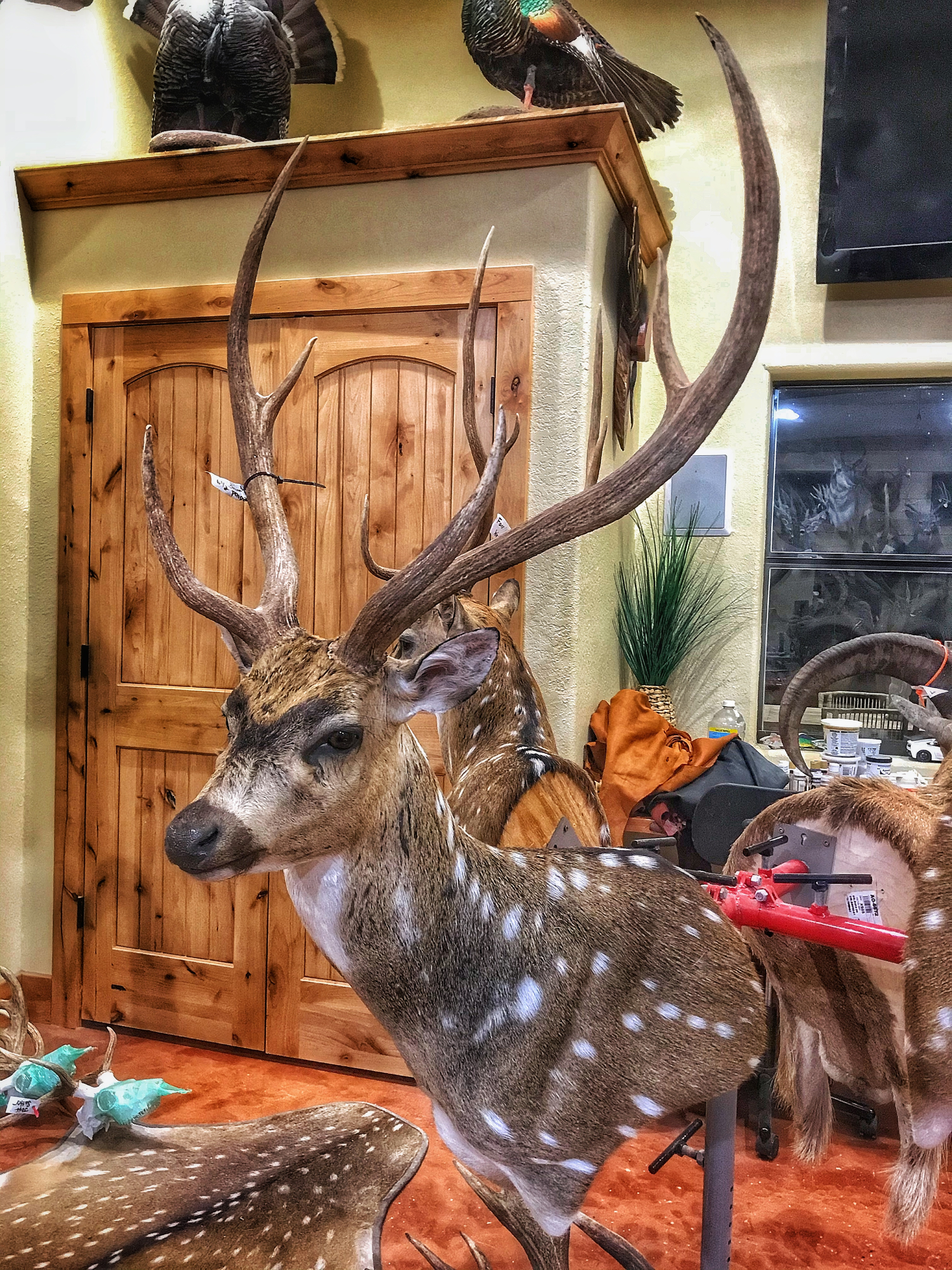 Disclaimer:  Yes, I know this is about a dead animal and I posted it in the General Firearms Section. But technically, he used a shooting bench on a shooting range so.......it wasn’t really hunting. More like shooting. That, and the next installment I’m about to post on this thread is all about guns and the long range shooting we did after the “hunt”. So.........I kinda combined them. 😎

Stay tuned.......
"To Hell with efficiency, it's performance we want!" - Elmer Keith
1 · Share on TwitterShare on Facebook