Jeff in TX Senior MemberPosts: 2,412 Senior Member
January 2020 edited January 2020 in General Firearms #1
Our church security team spent the entire day with with Young County Sheriff's department today learning how to protect our church and engage an active shooter.  First, every team member had to qualify shooting with the Sheriff's department.  Forty four rounds, from 3, 7, 10 and 15 yards, with strong hand only, weak hand and supported hand shooting.  For not shooting a pistol very much I did really well.

We spent five hours on the range qualifying and doing live firing exercise drills.  One drill was sitting in a church pew at 10 yards.  There were two 50 gal drums on the front pew.  You had to sit behind one in the pew with your pistol holstered.  One of the deputies walked around with a shotgun behind you.  When the shotgun was fired you would be told to shoot the green or blue or both black silhouette targets.  You have 3 second to stand draw and shoot.  Sounds easy, nope no even close.  You had no idea where or when the shotgun was going to be fired.    I did OK on this drill but need lots of work.

The second drill there were a number of barrels and silhouette targets you had to run and serpentine through  to get to the shooter target.  The target was a full size gray head and a partial black head targets on each side of the gray target.  Don't shoot the gray good guy and you would be told right or left black target when you got to it.  You had 7 seconds.  Most of mine were in the 6 second range, a few good kills, couple of misses and a few dead good guys.  Again, not as easy as it looked, lots to work on.

After the shooting we headed back to the church to review entrances and exits and how to protect and engage a threat.  Can't go into details on this but it can get nuts.  A few questions that really made us think

1. What's a bad guy or threat look like?
2. What's the worst case scenario that could happen?
3. While in an active gun fight what's the worst sound you could hear.  Answer, click and empty gun.

The training from the Sheriff's department was phenomenal and intense.  Can't wait for our next training session with Sheriff's team.  Lot's of stuff each of us needs to work on in the mean time. 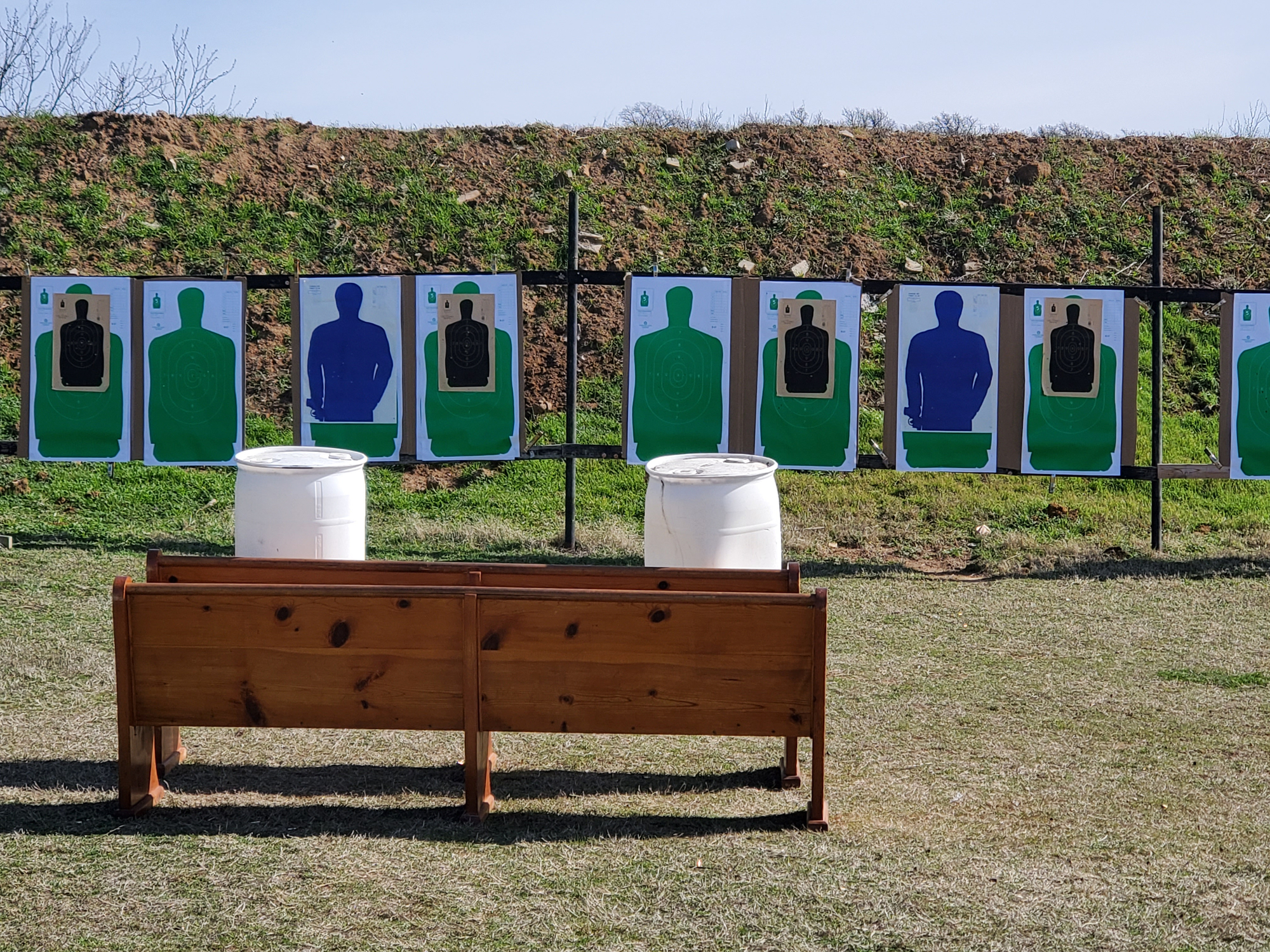 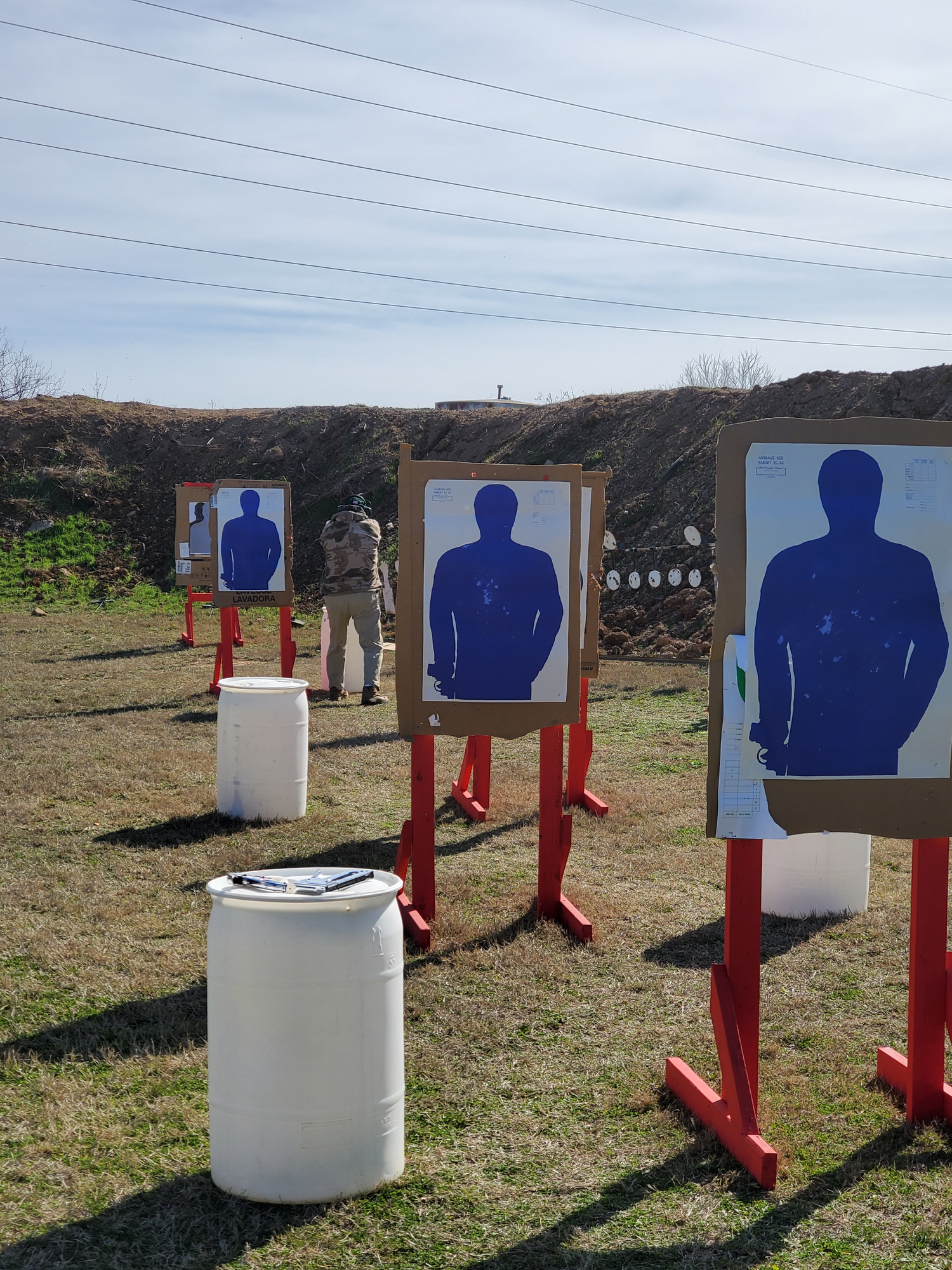