Zee Senior MemberPosts: 27,447 Senior Member
February 2020 edited February 2020 in General Firearms #1
If you recall, I worked on a friends built .220 Swift awhile back. Getting a load developed for deer was limiting with the 14T of the barrel. But, we got it done using 60gr Hornady HPFB bullets.
Well, I took a young hunter out a couple weeks ago and had a very successful hunt. His father appreciated it enough to gift me a brand new Remington 700 VSSF in .220 Swift!!  I picked it up last week.

Never being one to leave well enough alone, I started switching out parts.
The factory trigger was set at 3.8 lbs and couldn’t adjust below 3.5 lbs. It got yanked and replaced with a 1.4 lb 40x Trigger. The factory stock was replaced with an HS Precision Varmint/Tactical Stock.
I ordered a set of Talley Lightweight rings as I’d used in the past. These were a little off in that the scope bound up in the channel like crazy. Some judicious lapping solves the problem. 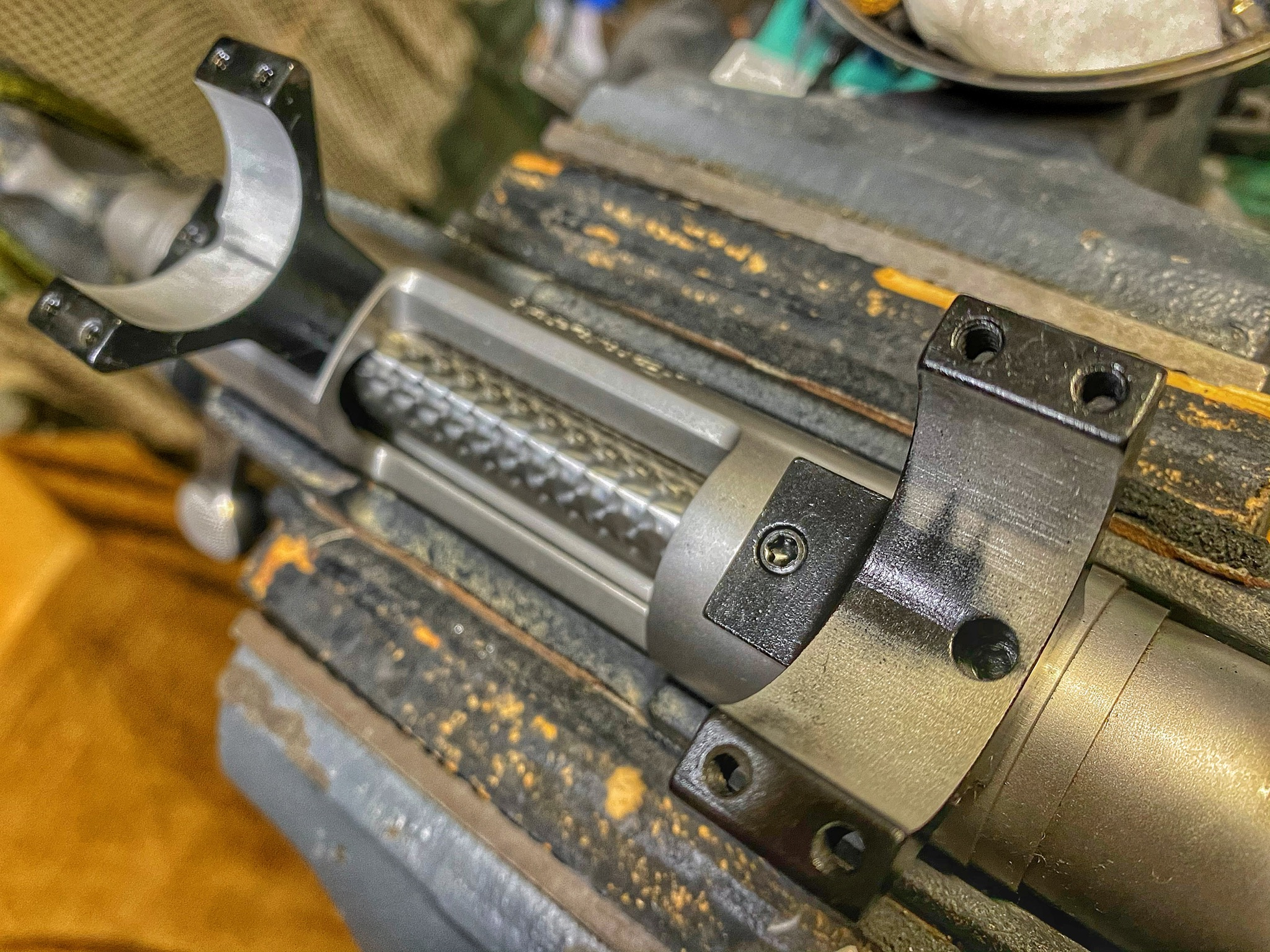 Mounted a Leupold 4.5-14x and called her reborn. 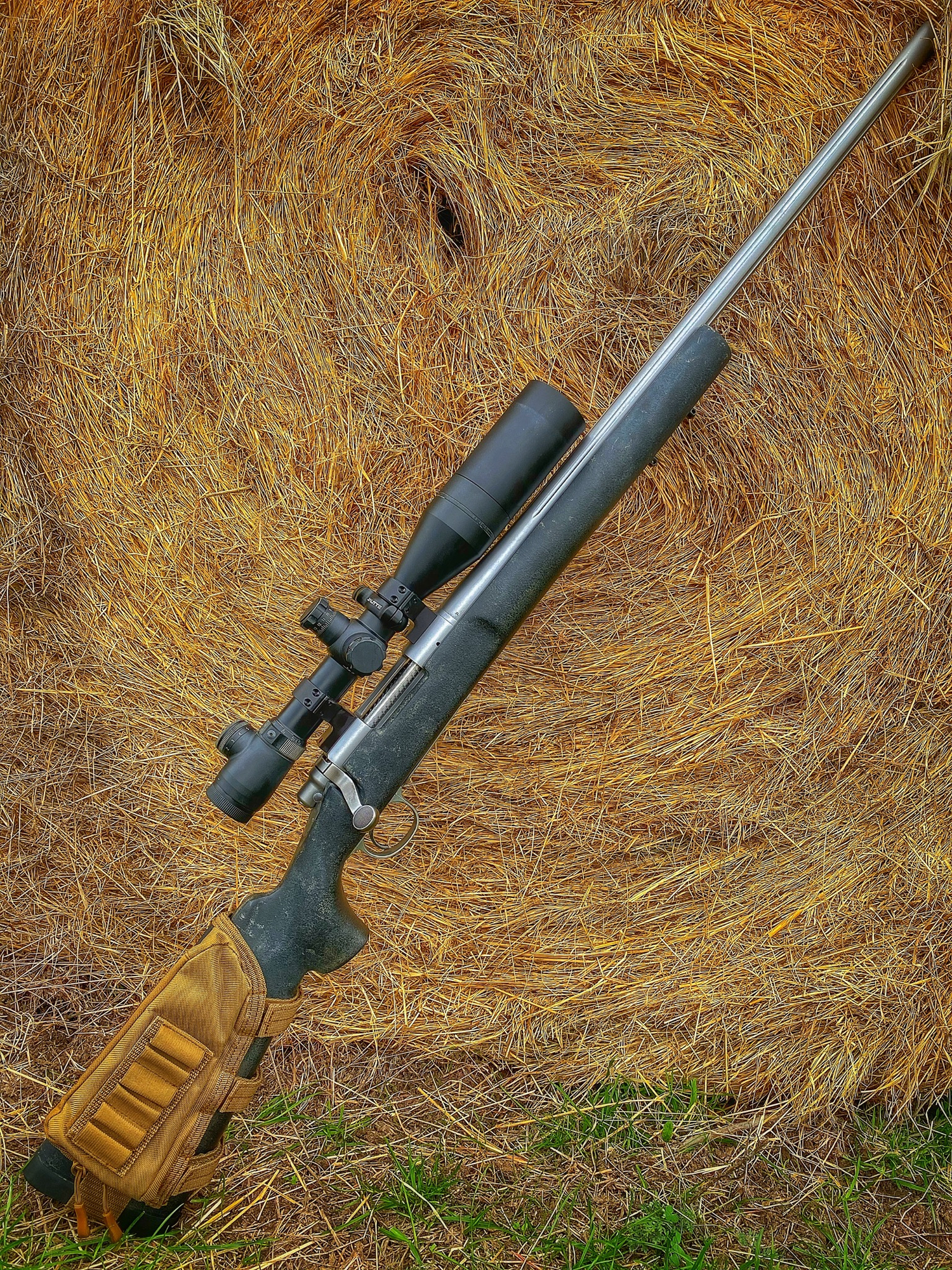 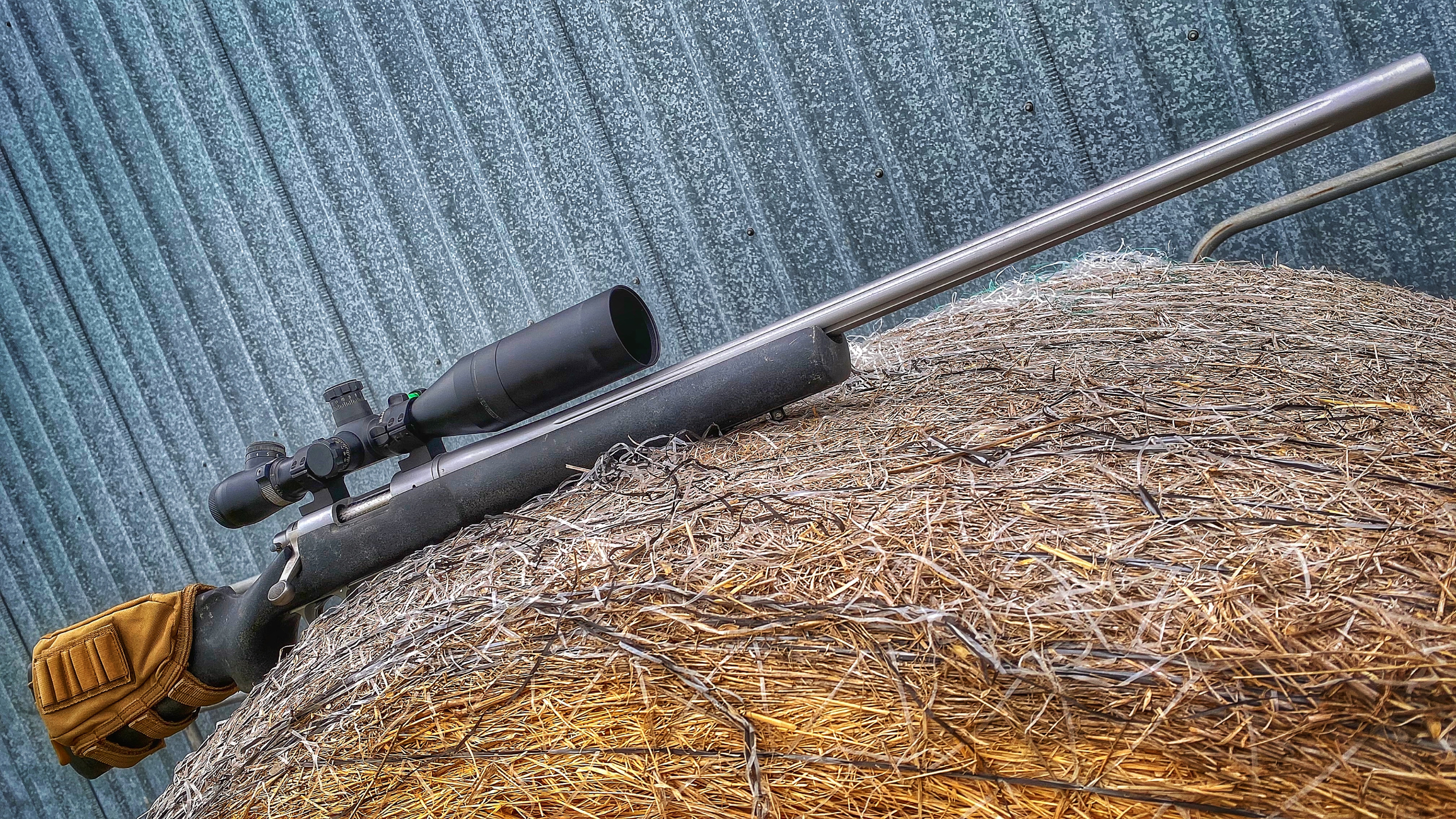 I then cleaned/lapped the barrel and measured the throat for bullet seating.
Here is where I don’t get Remington.  They make a Varmint rifle and twist the barrel for light bullets, then throat the chamber so as no light bullet can reach the lands without considerable jump!
I tried:
52gr Nosler BTHP Match
52gr Remington FBHP Match
52gr Hornady ELD-Match
None of them reached the lands with enough bullet in the case neck to seat.
So, I tried the 55gr Midway FBHP Dogtown Bullet (Made by Nosler) and it finally had enough ass to fit in the case neck only .010” off the lands. 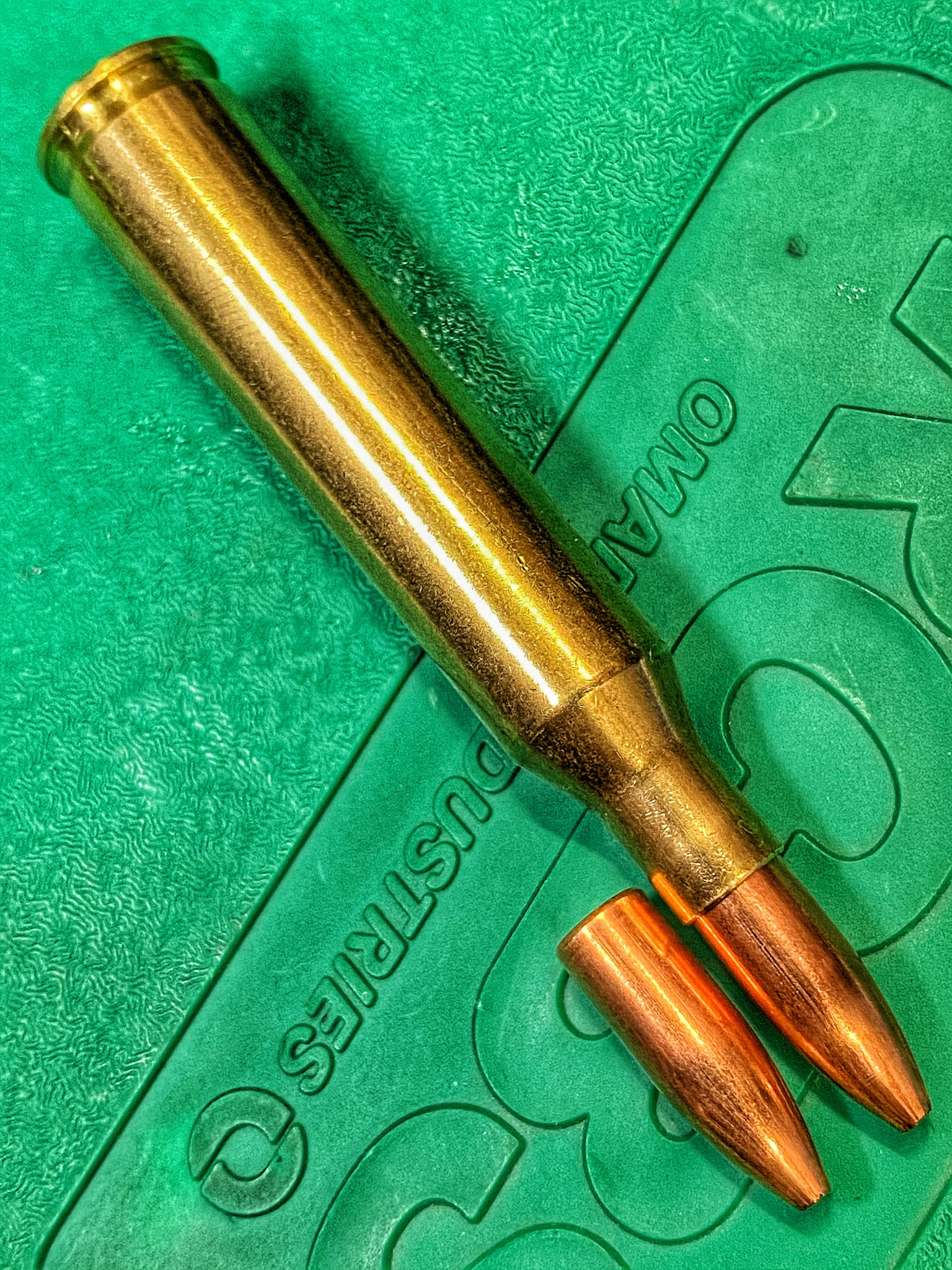 Well, seating so long, the pressure was assumed to be reduced considerably. Comparing Hodgdon data with the powders I had on hand, I chose H4895 as the first to start with.
36.5gr
37.0gr (Book Max)
37.5gr
38.0gr
All but the starting load shot well. 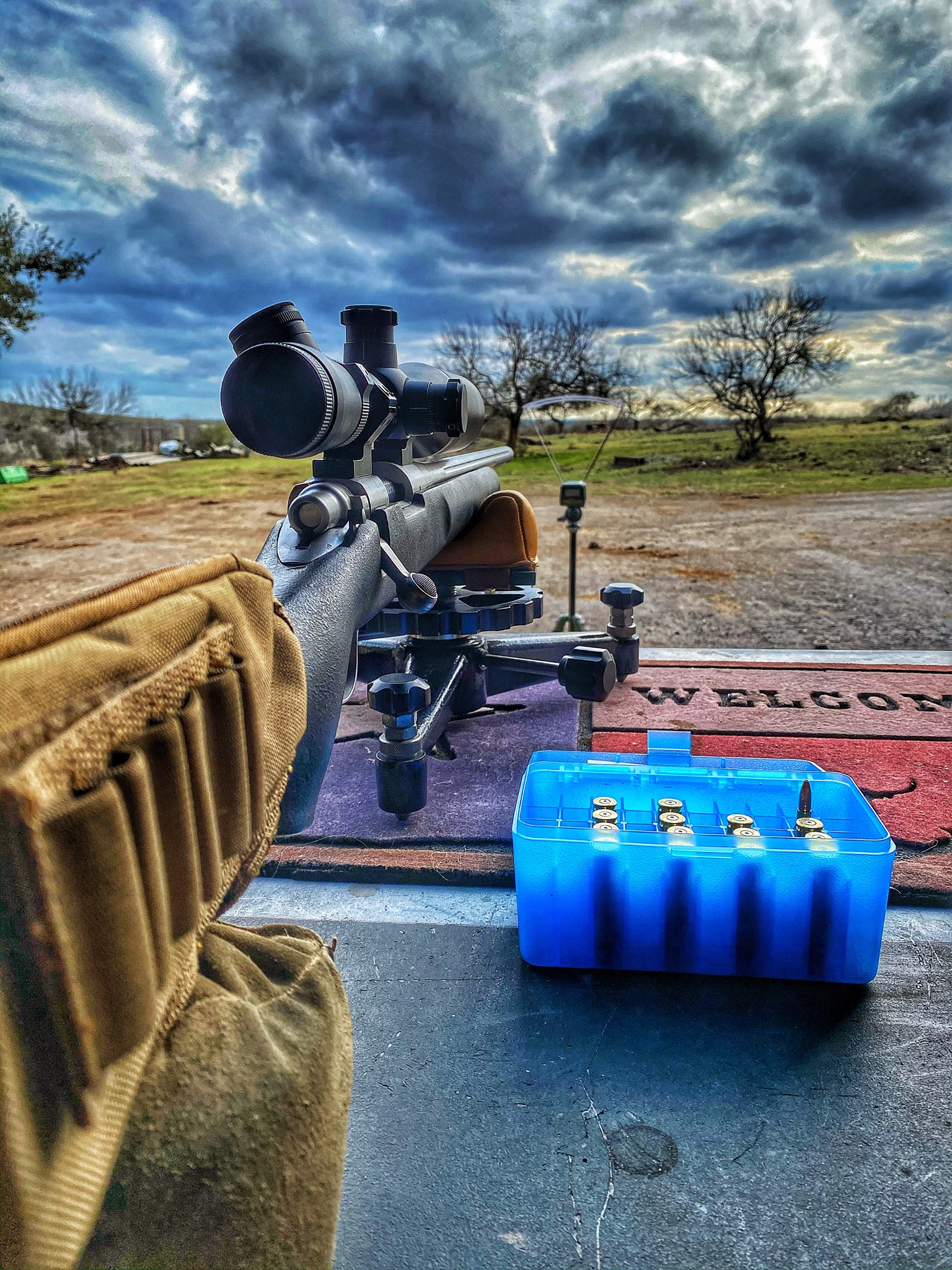 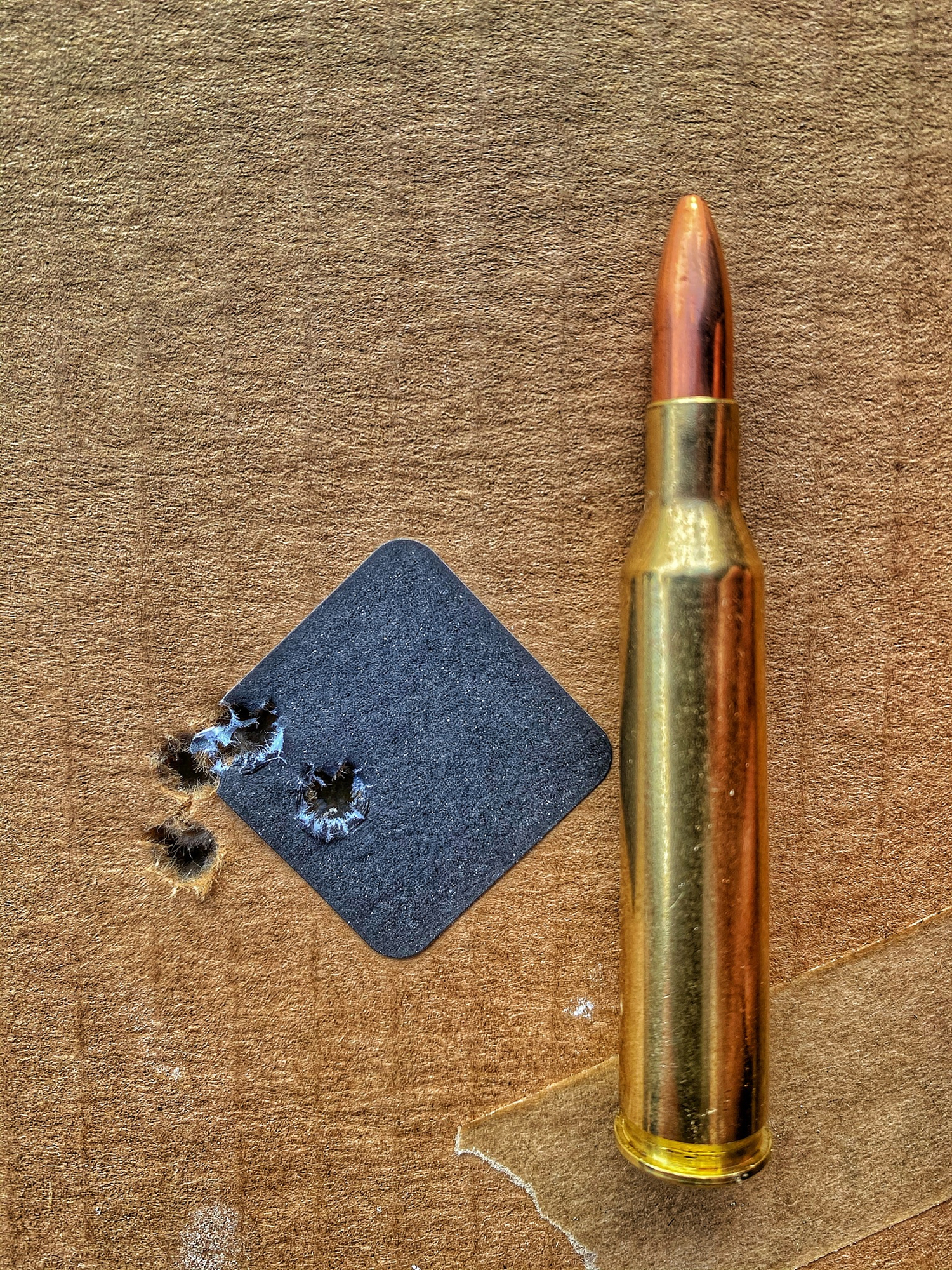 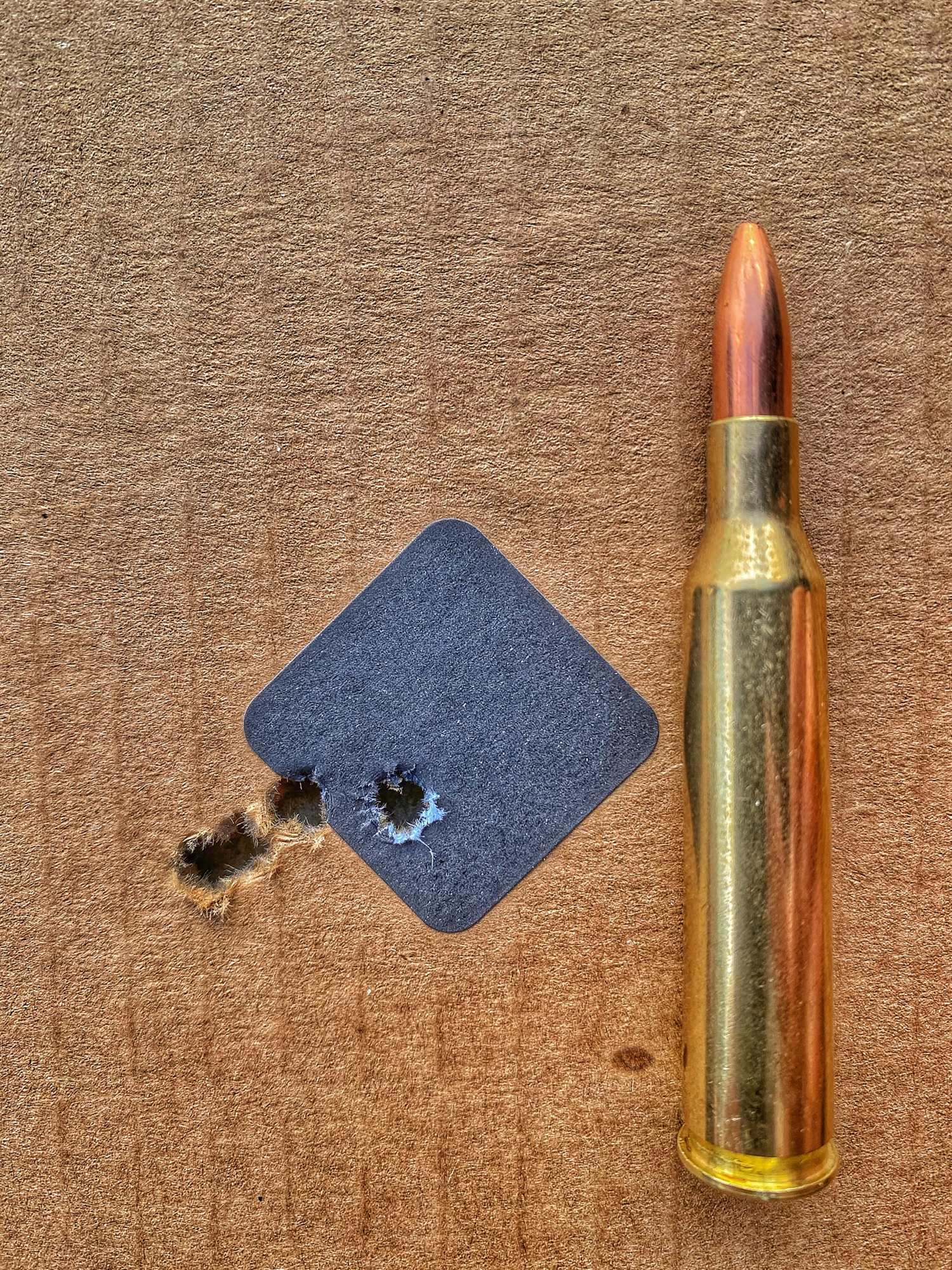 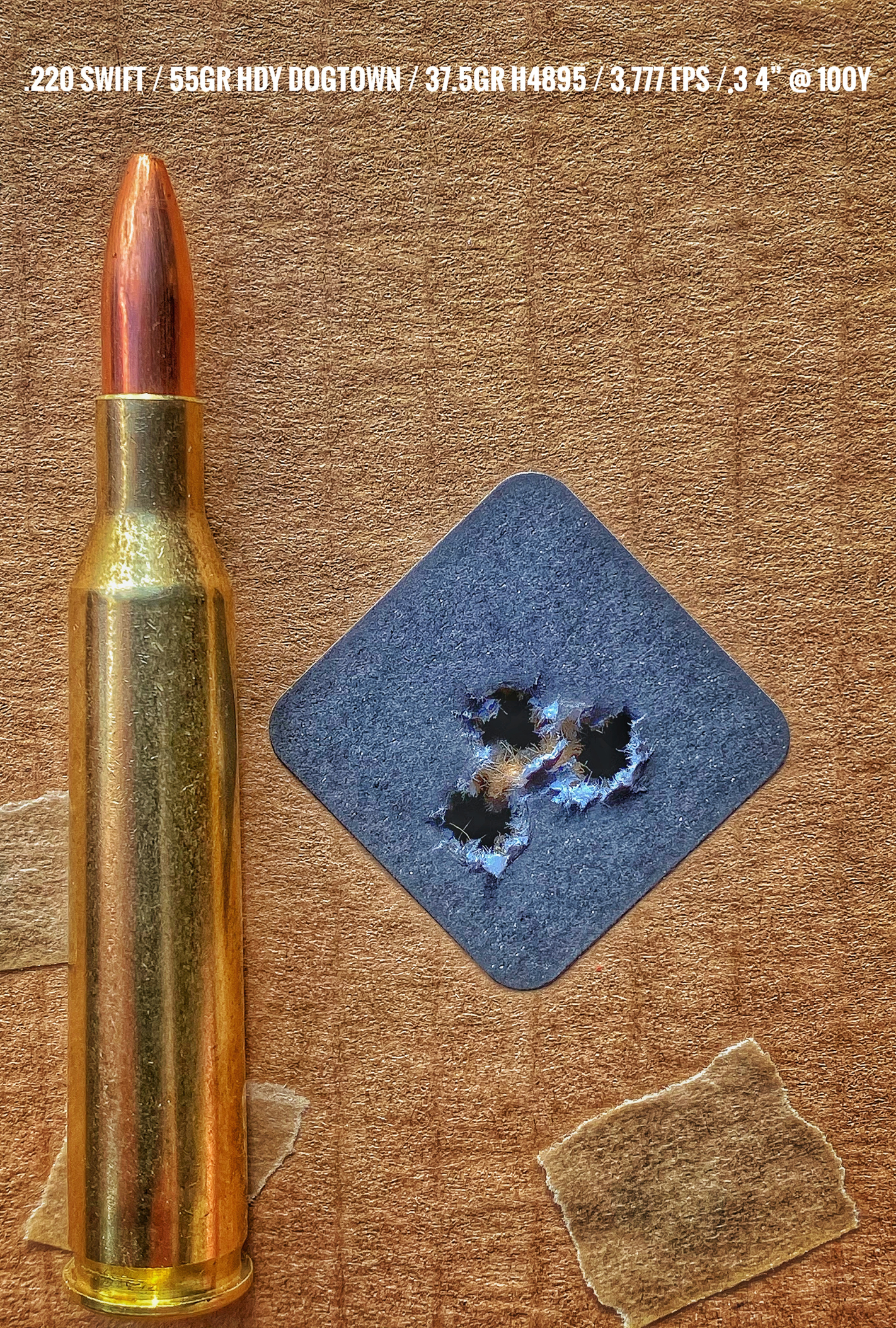 Kinda happy finding a load the first time out. My friend’s rifle was not so easy. I was hoping to use lighter bullets, but the Dogtown bullets shoot well, run cheap, and have good reviews on varmint performance. They should do the job. I know this rifle is a close mimic of my .22-250 in book performance. But, that gun has an 8T barrel and runs 60/80gr bullets. It can be used for deer. This one will be a straight up Varmint Rifle for me and my boy. 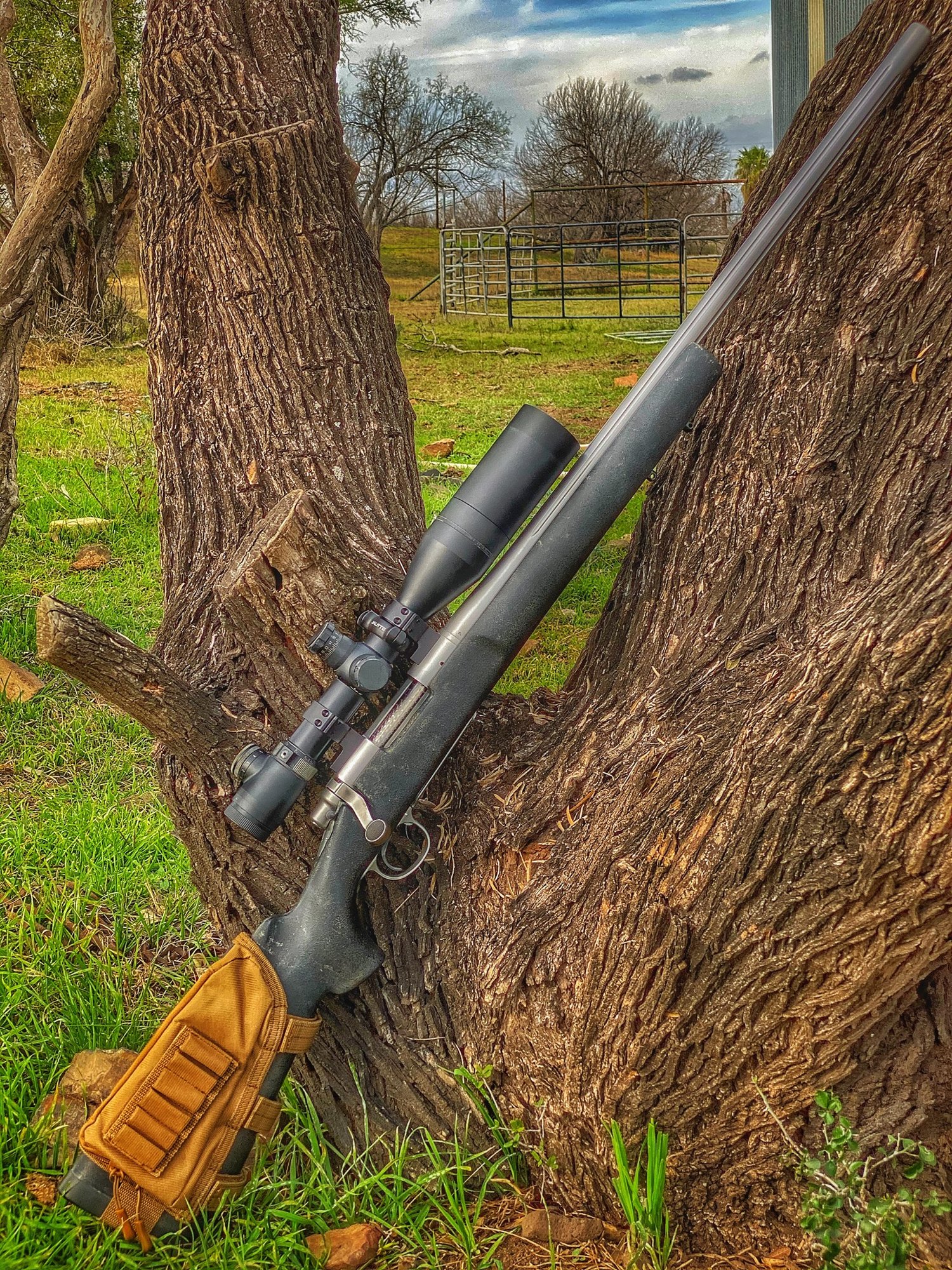 I’m a Happy Camper.
"To Hell with efficiency, it's performance we want!" - Elmer Keith
2 · Share on TwitterShare on Facebook
«123»