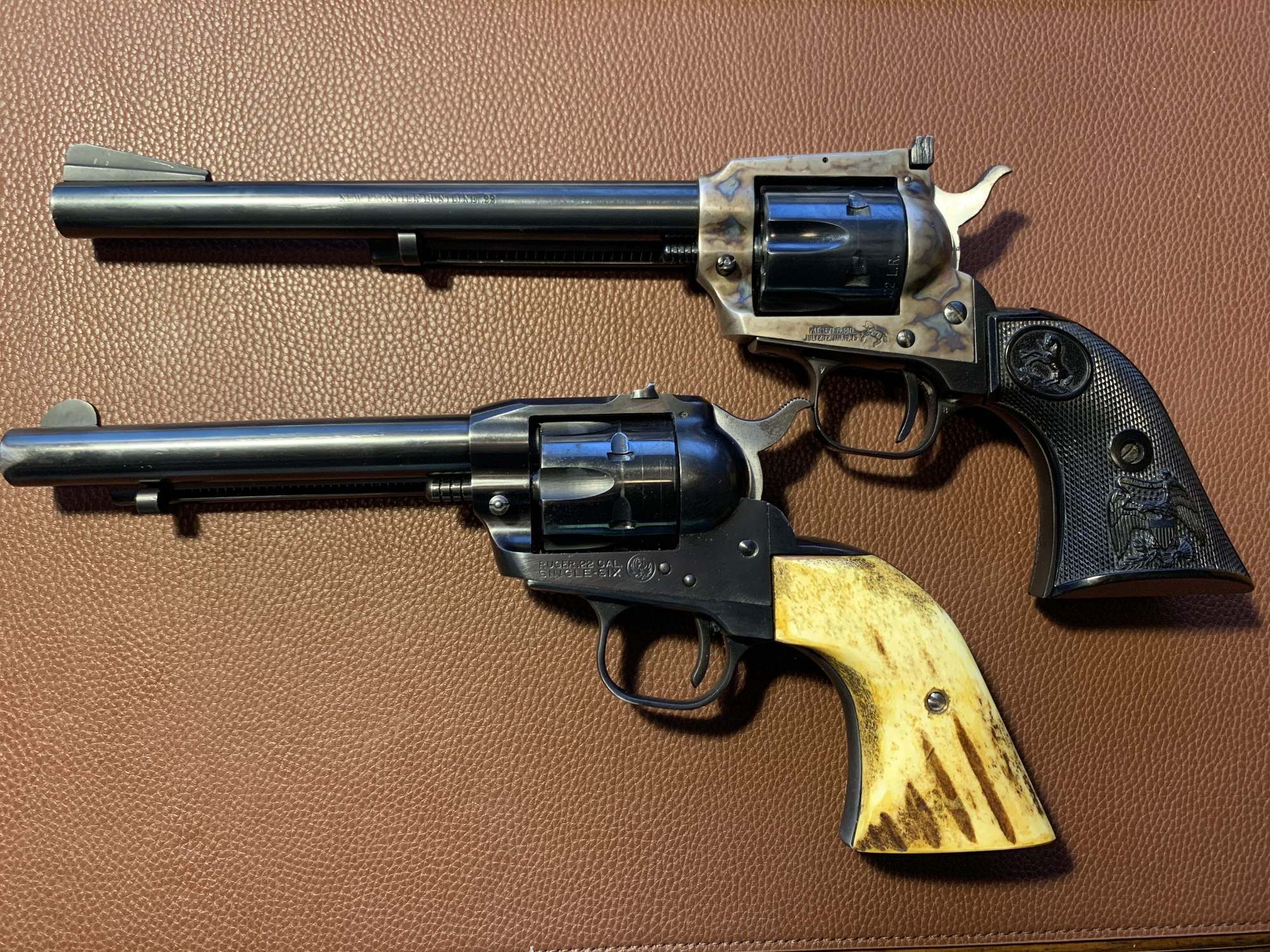 I'm kind'a leaning Ruger...  But the darn Colt is pretty.

As an aside the previous owner of the Colt was an older gentleman and decided that he needed to "enhance" the sights so he painted the front ramp with red nail polish, Ok so far no issues, and THEN he had a major brain FART and painted the rear blade with WHITE nail polish!!!  Real sloppy job and the stuff got deep into the works.  I just spent about 5 minutes cleaning the front and then 2 HOURS getting the gunk out of the rear sight

Anyway it's back to factory specs now.
Old West Saying: God created men, but Col. Sam Colt made them equal.

General George Patton:  “Watch what people are cynical about, and one can often discover what they lack.”
0 · Share on TwitterShare on Facebook
«12»