Needed to put a deer in the freezer so we went out yesterday evening in a rather low key attempt to fill an MLD Tag.
Meaning, we parked the ATV in front of the house and sat on the front porch waiting for a deer to walk across the pasture in range of my new C308.
They showed up late and one doe began walking down the road below the house. I climbed up in the back of the ATV with a small BogPod Tripod as a front rest. With the downward angle, I didn’t have a rear rest. I just leaned over the roof of the ATV, propped up on my elbows with one below the butt stock and one below the magazine. Because of the awkward angle and position, I pulled down hard on the forend to stabilize the rifle and allow me to minimize recoil/muzzle rise, follow through, and see my impact. Just like I do with a bolt gun every day.
Well, my boy was videoing over my shoulder when I shot.
Before the Shot

Now, part of being a good shooter is being able to call your shot (last place the reticle was as the shot breaks), not blink in recoil, and see your impact through the scope.
Well, I did all those things...........and what I saw didn’t look right. I saw the impact in the dirt WAY above the doe. I saw zero physical reaction to an impact. I lifted my head to watch her as she ran. She ran about 50 yards and stopped. Looking back over her shoulder to where the noise came from, she looked around as though surprised and confused. Then, trotted off into the brush. Shot deer don’t do that.
At this point, I’m wondering how the Hell I could have missed. There was no WAY I could have missed!  Still, I walked to the location of the shot and did my due diligence of tracking her route to the brush and looking for blood. None. No hair. No blood.
I watched the video and it confirmed what I saw through my scope. I missed by a MILE!!  At 68 yards!!  From a rested position!!!
To say I was pissed would be an understatement. I don’t remember the last time I missed a whitetail deer. If I ever have!!
I played over and over in my head what I could have done wrong and didn’t have an answer. I sighted the rifle in last week and hadn’t dropped it or banged it against anything. I was dumbfounded and tormented by the mistake I obviously made. And I didn’t have a reason.
Until 3:40 this morning. I must have been dreaming about it, because I woke up from sleep, eyes popped open, I knew immediately what had happened!!!
The forend slides into the front of the receiver. Then, the front is pinned around the barrel between the operating rod tube and the barrel. It’s NOT free floated!
When I pulled down hard on the back of the forend to stabilize the rifle in the tripod, I inadvertently pushed the barrel UP!  Not noticeable through the scope, I was changing the POA of the barrel. That’s why you never rest a barrel on a hard object when firing. Except, I didn’t rest the barrel. I rested the forend.............attached to the barrel!!!  Whatever pressure I put on the forend was therefore transferred to the barrel. I had to confirm.
So today, I recreated the shooting position. 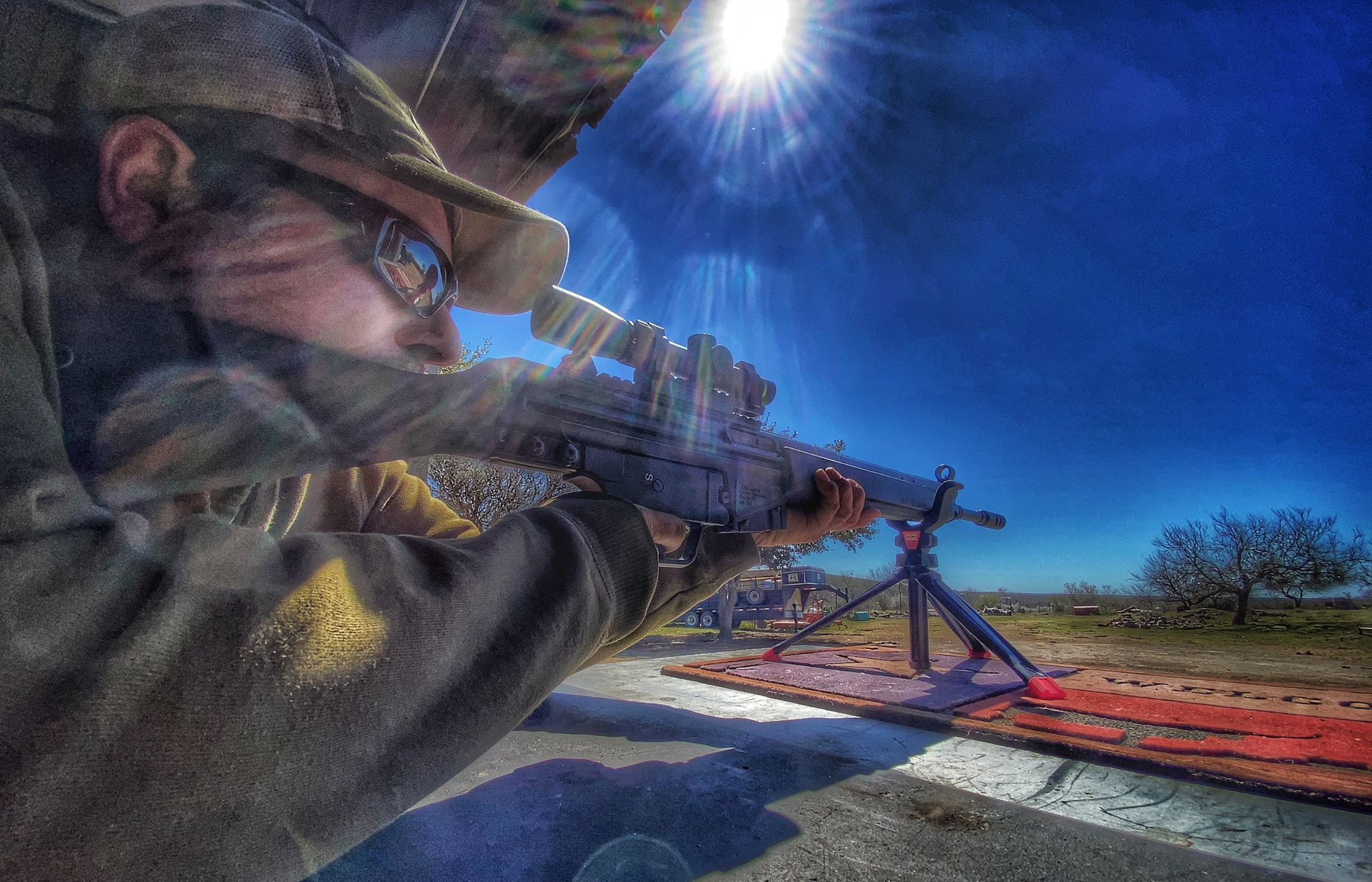 With the target at 100 yards, I pulled down on the forend like yesterday. Just not as hard.......I didn’t want to shoot over the 3 foot berm.
Aiming at the bottom of a piece of tape, the round struck 9 inches above my POA!!!  I then used a standard front rest and rear bag to shoot at 100 yards. Just like one would when zeroing the rifle. The forend was on the rest and my left hand was tucked under the butt stock squeezing the rear bag with my face on the cheek rest. No pressure. Just dead weight on the rifle. 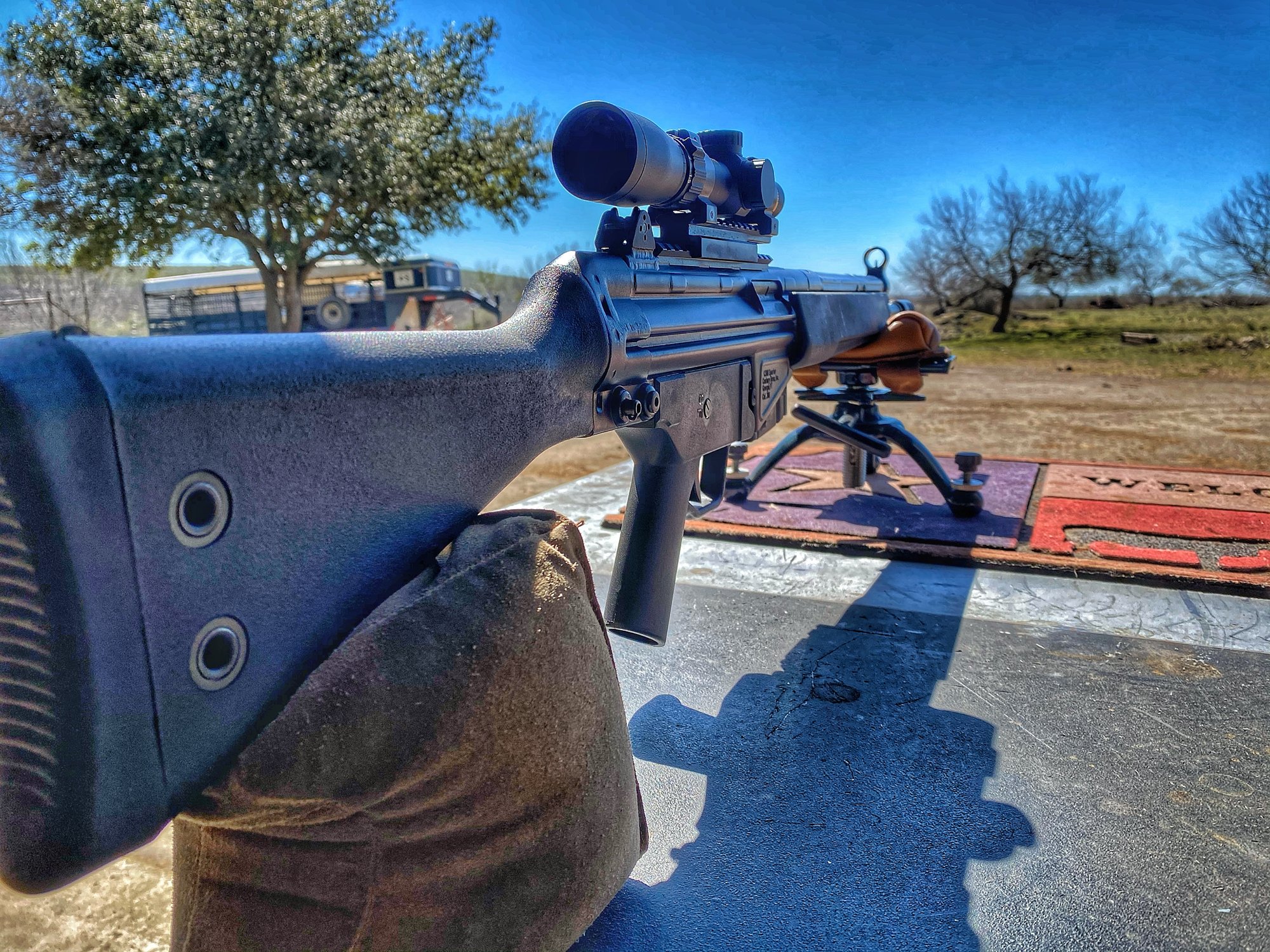 Aiming at the bottom of the tape again, the round struck 2 inches high. Exactly where it should with a 50 yard zero! 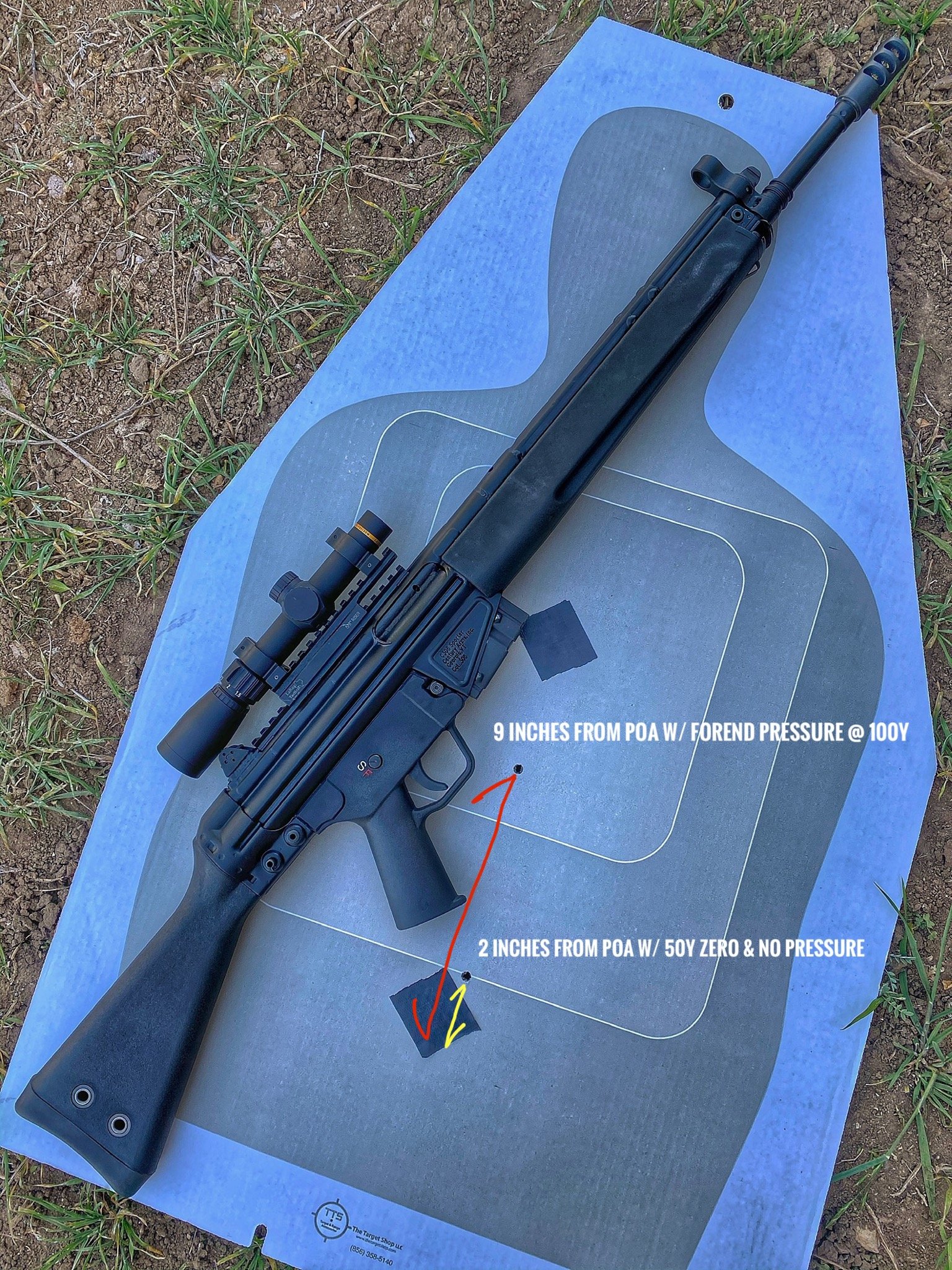 I still missed that deer. At least I know why. Apparently the C308 is VERY sensitive to forend pressure.
Note to self.
"To Hell with efficiency, it's performance we want!" - Elmer Keith
2 · Share on TwitterShare on Facebook
«12»