Six-Gun Senior MemberPosts: 8,155 Senior Member
March 2020 in Hunting #1
When I told my taxidermist I was deploying late last year, his first reaction was "oh, I can get your buck done before you go."  He wasn't behind his stated schedule at all, he just wanted me to see it before departing.  I told him, no, that was not necessary.  I wanted him to take his time and work on it while I was away.  Turned out, that was a good thing...

...when he got to working on it, he ended up needing a bigger form than the one he initially ordered! 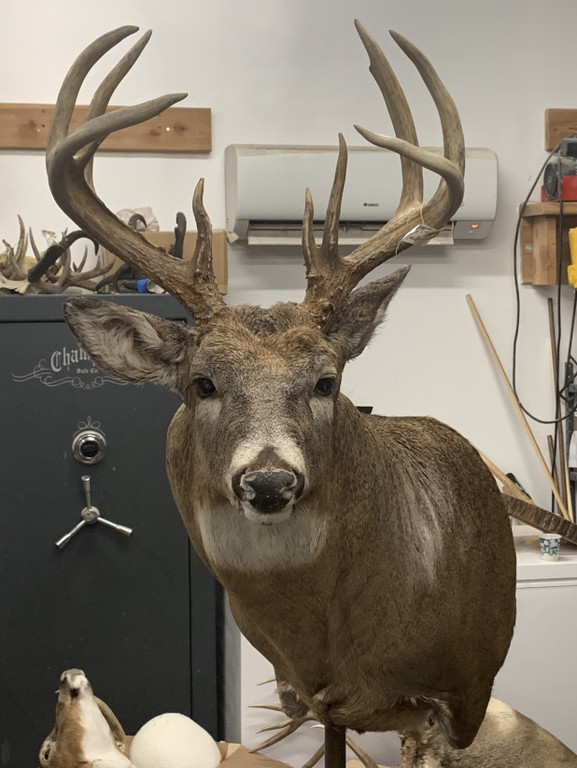 This guy was a brute.  Not overly impressive in spread, but his antler mass and body size was ridiculous.

I'm extremely please in what I see in this quick shop photo.  The face is natural and the neck really captures how thick he was.  I specifically asked him to do some asymmetrical ear work because I'm just annoyed at how every single shoulder mount seems to have the same, high-alert ear pose.  It was a risk that could've turned out goofy, but he nailed it - much more natural and exactly what I was after.

As a reminder, this is the buck on the day I brought him home. 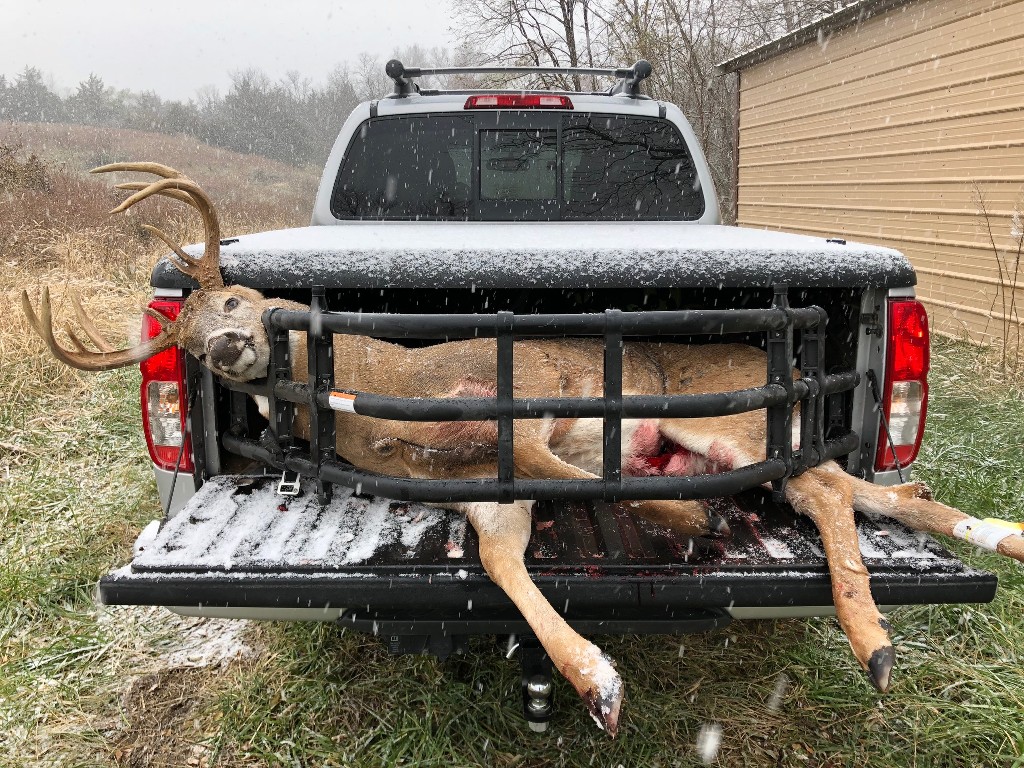