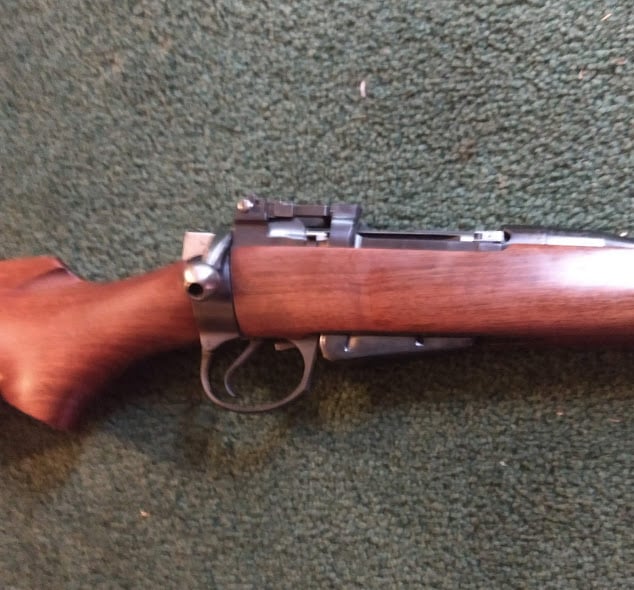 But a fine rifle.

A few years back, I bought the above "sporterized" rifle off the web, can't remember from whom.  Anyway, an interesting story.  I paid for it on my card and gave them the shipping address of my FFL holder.  A few days later on a Sunday as I remember, a Fed Ex truck arrived at my door and delivered my rifle.  Apparently, they took the address off my credit card.

Anyway, it wasn't just a cut down No. 4.  I have no way of knowing, but I believe it was a project rifle from a gunsmith school.  The stock was replaced with a nice, plain walnut, sporter length, and finished well.  All the military markings had been buffed off and professionally deep blued and a commercial front sight put on it.  A five-round  mag replaced the original, also blued.  The rear sight was the early 4 Mk 1 sight, machined rather than stamped like the later ones.  Also, the side of the receiver had been milled down for a scope mount, which was included.  Very professionally done, everything.  Bore is brilliant.  Last night I cleaned the bore and examined the patch, and found that the barrel had 5 or 6 grooves, as the later ones had 2, a time/cost saving move. I found thi out after watching a video on the No 4.

The point is, whoever sold the rifle to me obviously was inexperienced, shipping the rifle to me.  Also, the rifle was under priced, which attracted me.  I believe I paid $250 for it.

This is the second gun I've bought that I think were project guns.  The other was a 16 ga double gun, Savage or Stevens or Sears. (all the same gun.)  Everything I said about the Enfield applies to the double, except the smith had fit a Neidner steel buttplate.  It was cheap, too, as the seller saw it as a cheap Stevens.

So sometimes, it pays to take a chance on a gun sight unseen. Just got to look at the photos of the ad. 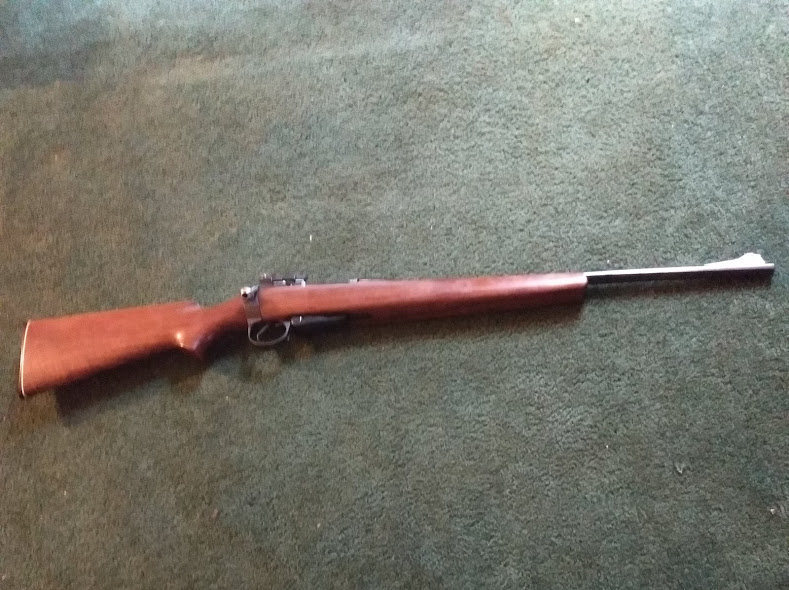