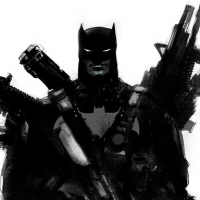 Brazilianbatman Posts: 52 Member
April 2020 in General Firearms #1
Im looking to buy my first gun safe....I figured I should have done this probably before getting my guns, but here we are.  Im looking for suggestions/pointers on the matter from the fine people who frequent these boards.  Please and thank you.
0 · Share on TwitterShare on Facebook
«12»