Optic change on the AR-Pistol and Kids first run with it.

Zee Senior MemberPosts: 27,452 Senior Member
April 2020 in General Firearms #1
With my upcoming possession of the new Ruger PC-Charger Pistol (still waiting for it to ship😢), I’ve been contemplating what optic to put on it. I have a couple C-Moor Sights and a couple older Trijicons that are options, but I don’t really like any of those, which is why they are on the shelf. Not wanting to buy anything new, I decided to swap some things around.
This is one of my “Church Guns” as well as one of my “Travel Guns” when going out of town. (Insert paranoid gamer comments.😁) 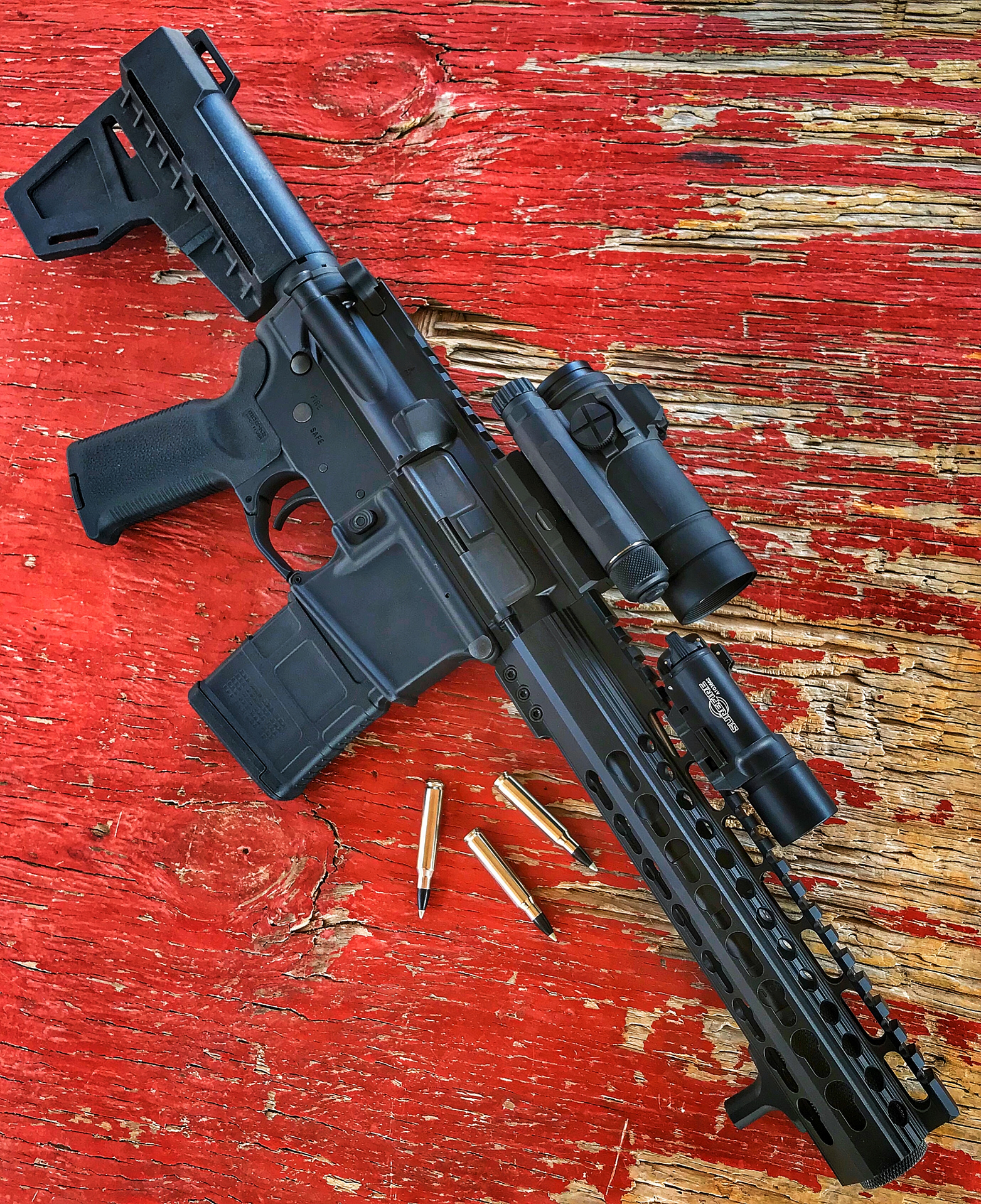 Anyway, I really like the AimPoint on it but would rather have it on the Ruger which I see being used at closer proximity. So, I pulled it off for the Ruger and put a 1x Weaver Scope I had sitting around. 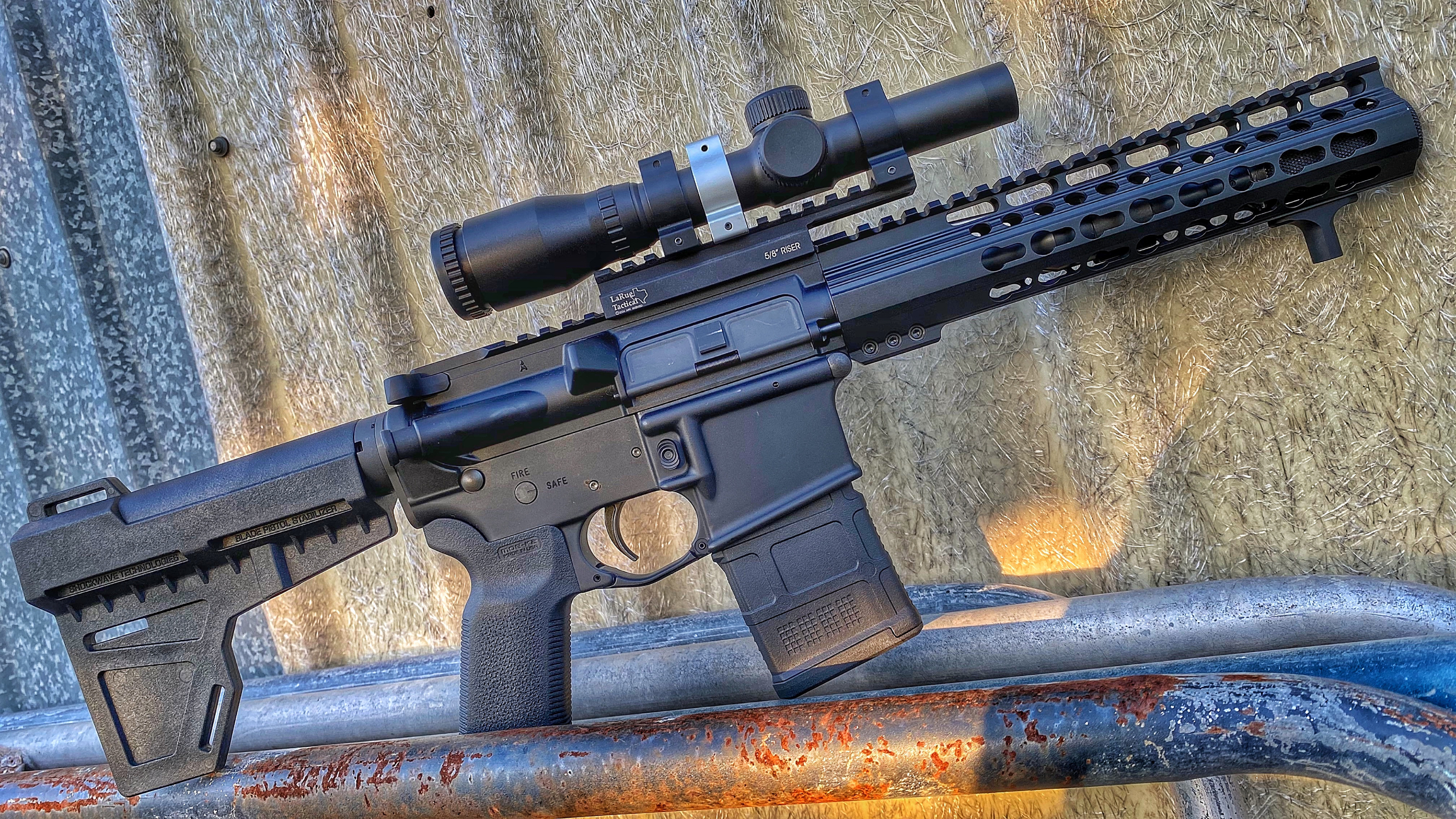 Used a LaRue Mount and Leupold Rings to attach it. All together, it’s probably the same weight as the AimPoint Comp M4 I took off!
Got it zeroed are 50 yards yesterday and let the boy have his first session with an AR Pistol in .223 Remington. 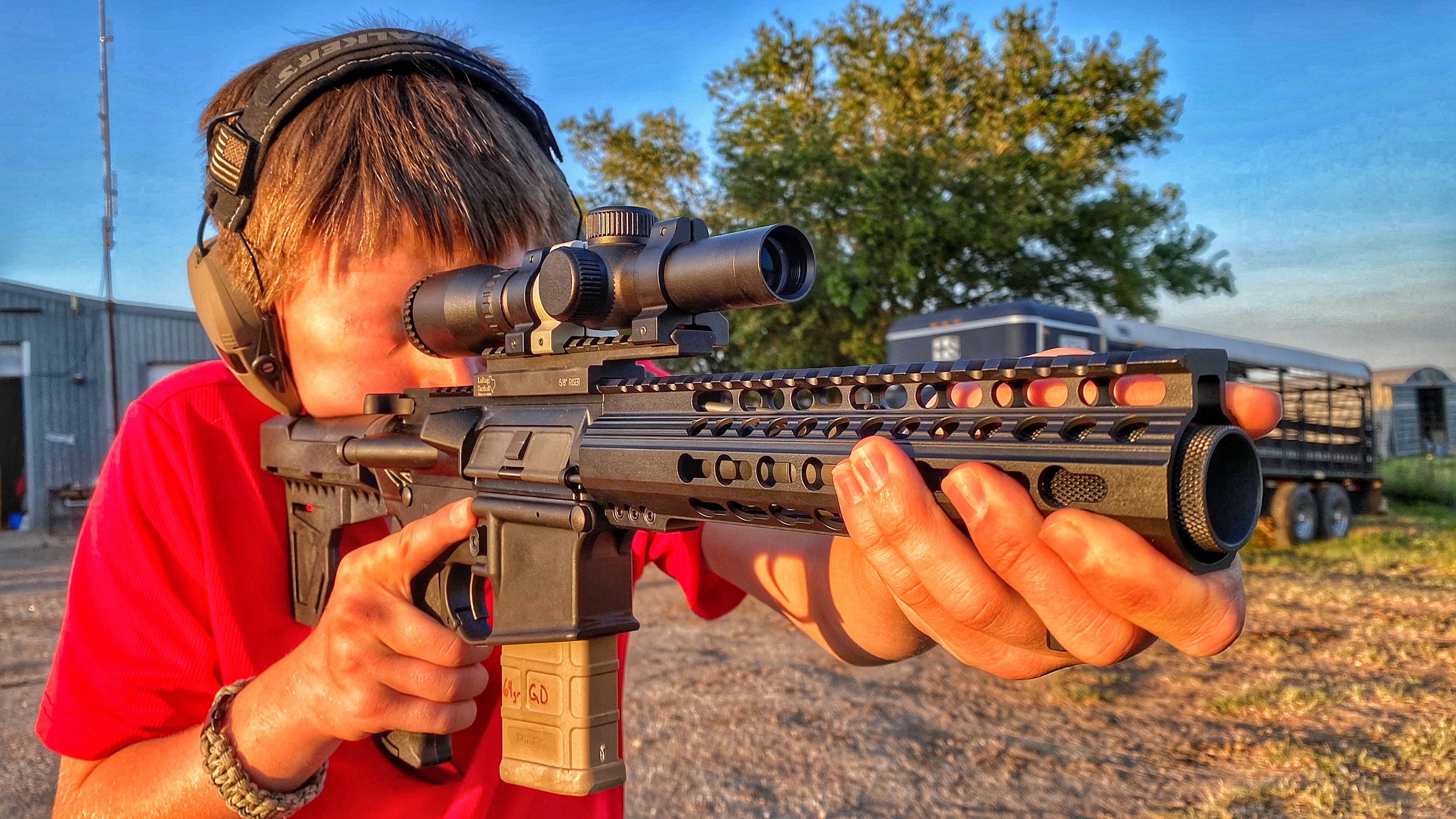 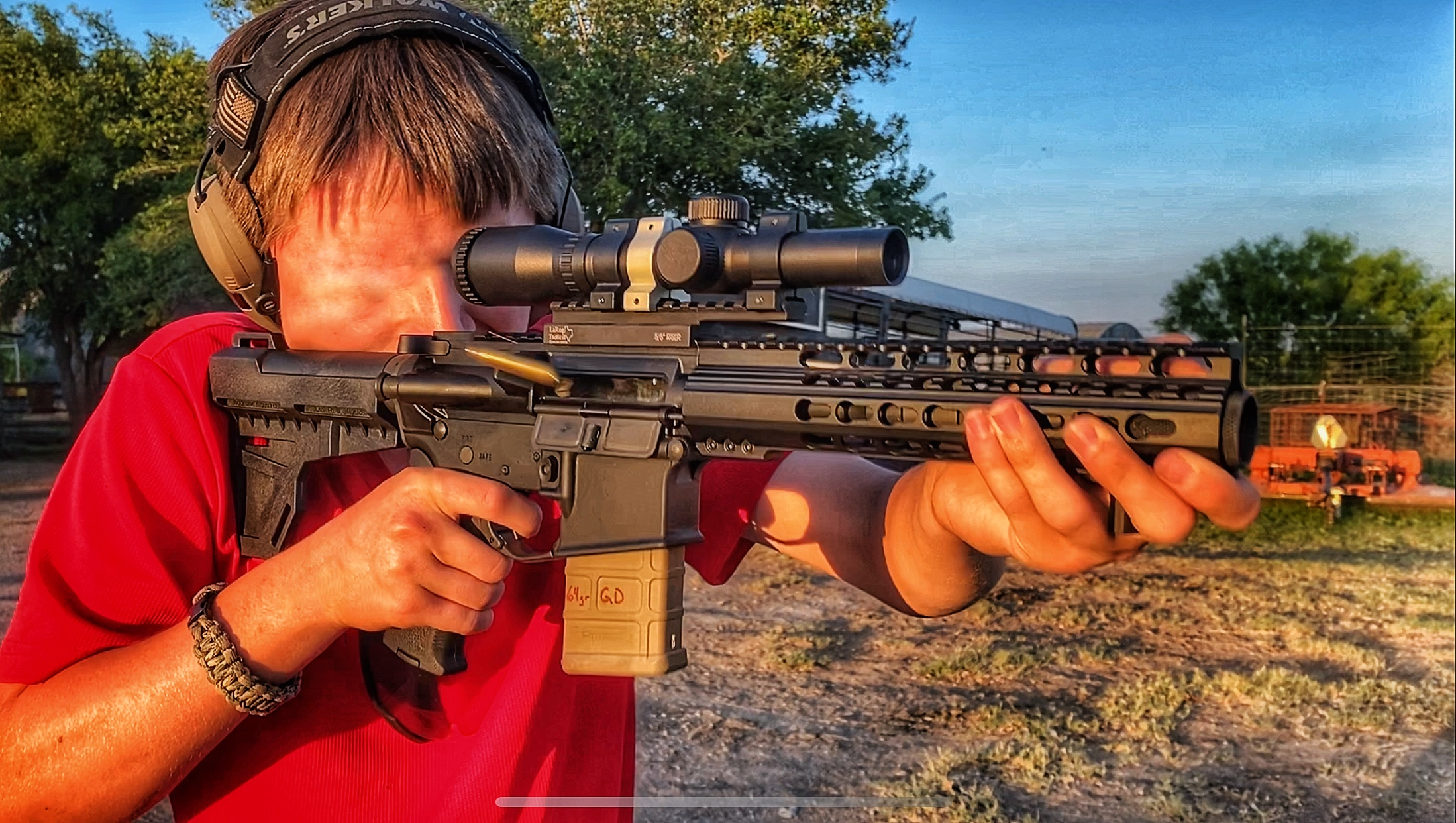 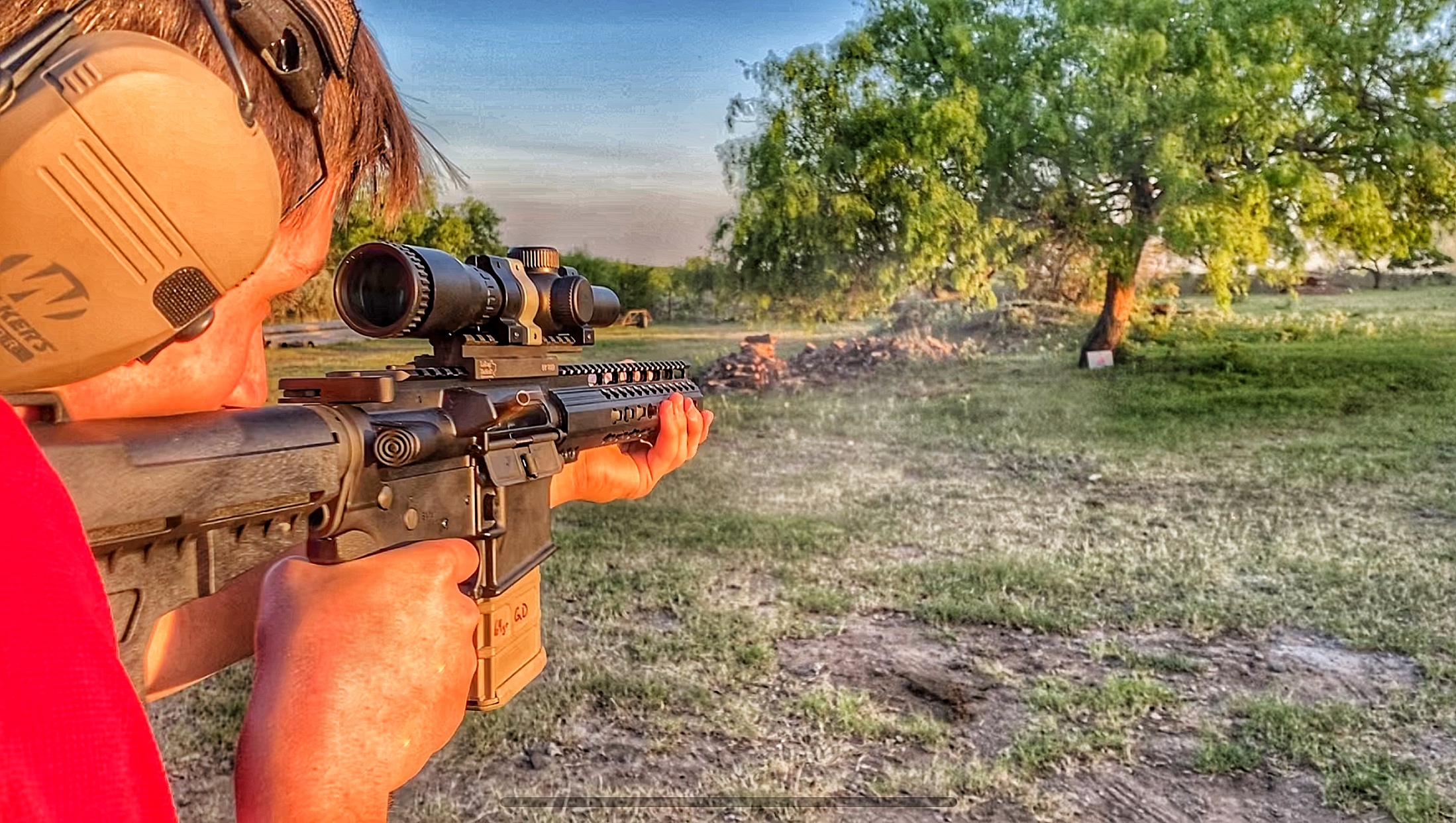 He did pretty good, though I think the compactness of the gun let the recoil get the better of him. That, or the fact the KAK Brace isn’t the most comfortable on a soft shoulder.  Either way, he shot well, but he let the gun move him more than it should. We can work on that.
Anyway, we will see how the optic works out. At 1x, I can still use it up close as well as at a little distance. How long it stays there will be determined with use.
"To Hell with efficiency, it's performance we want!" - Elmer Keith
1 · Share on TwitterShare on Facebook