Pay attention, or do dumb

Varmintmist Senior MemberPosts: 7,290 Senior Member
May 11 in General Firearms #1
I have been dry firing a lot in my hallway range and have only gotten to step outside due to work and weather. Well my Christmas present came in end of last month and I have been itching to get it out and see if I have my stuff together. Got done with house stuff on Sun afternoon and it wasnt raining yet. Sunny and a little gusty. 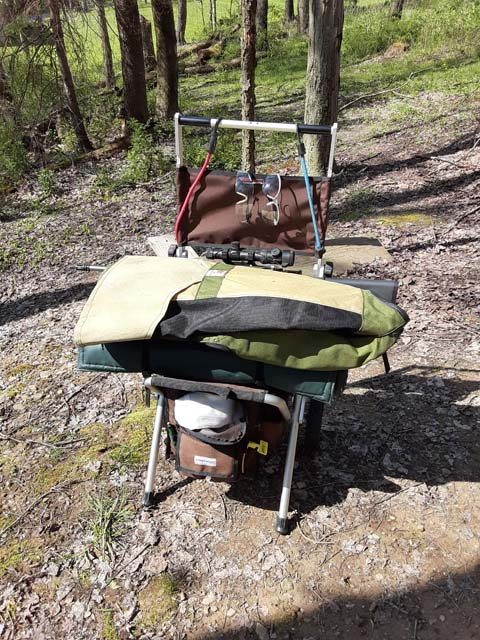 Cart conversion.
Well I had everything I needed in just about the right places so that worked well. I need a tray.
So I fired 10 for effect at 200. Felt good except for one high that I thought might be an 8. Got to the target and my high one was a 9, however I had 1 9, just cutting black at 3 oclock, 3 8's  and a 7 just to the right of that. Scored an 88. The whole group was right but not bad for me group wise around 10 inches discounting the high one. I was looking at it and thinking if I had about 2 MOA left on that it would pull everything into the black at least.
I got to my rifle, looked, and I had four (4) 1/2 MOA clicks on to the right.... Last years 600 yard 20th shot windage.....