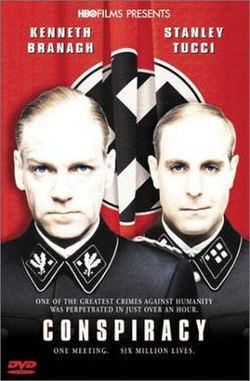 Having an interest in WWII history, my dad recommended this movie to me a few weeks back so decided to give it a go on Prime last night and was just completely STUNNED by the superb acting of all - especially Branagh and Firth. It details the meeting conducted in Wannsee by Nazi officials where they detail and finalize plans for the 'Final Solution.' What chills me to the core is the nonchalant way they discussed their plans for eradicating 6 million souls as if they were discussing mere goods on store shelves. Sobering to think that there are those so driven by hate they are willing to commit genocide of an entire populace simply based on religion and ethnicity.