I used it some for hunting; but, mostly for cleaning fish and turtles. I, also, used it to remove arrows from carp and longnose gar when the arrow did not penetrate through the fish.

The knife does not hold an edge well; but, is easy to touch up by hand with a stone.
The sheaf did not survive the hard use. 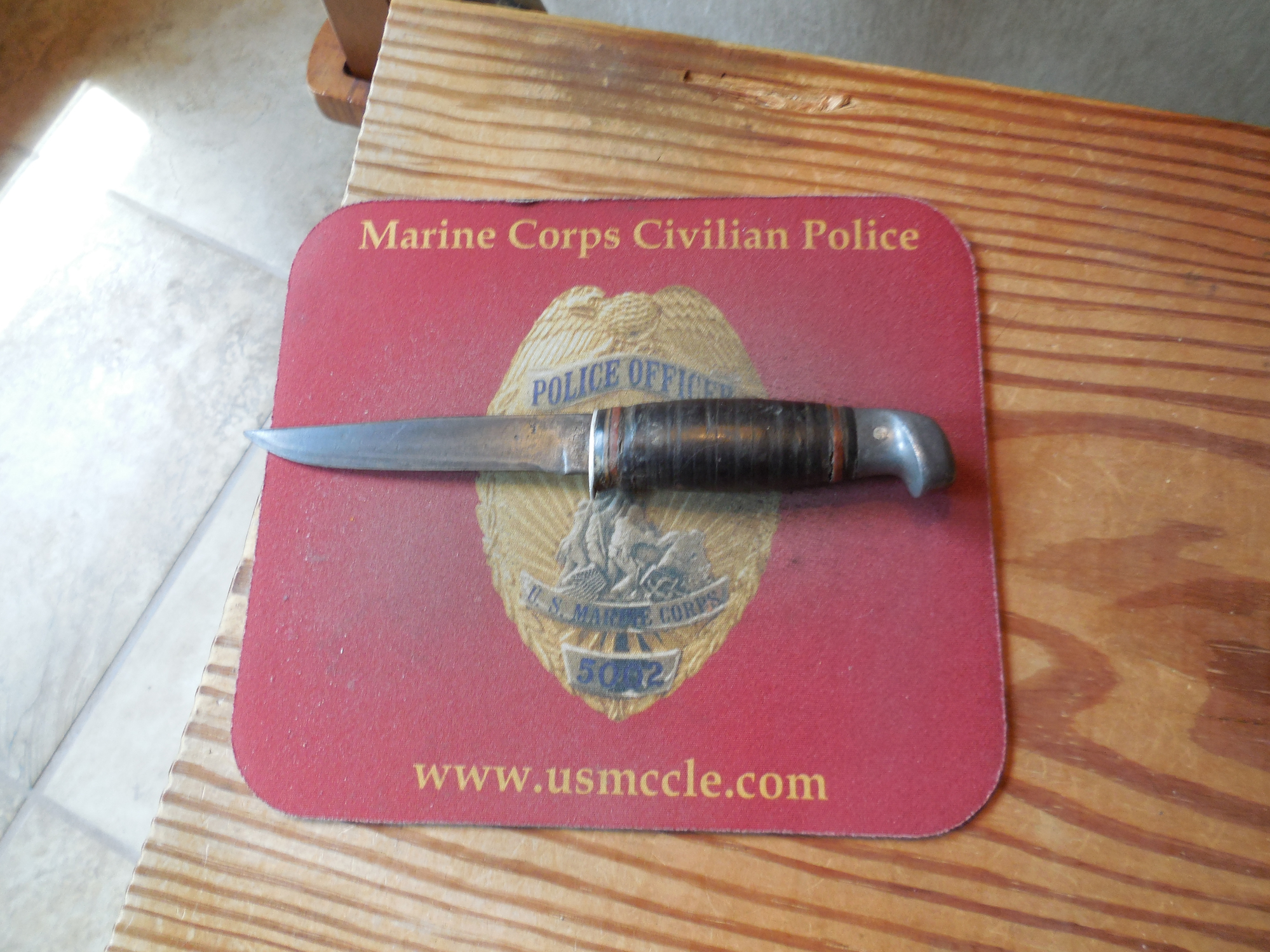