March For Our Rights 3

bobbyrlf3 Senior MemberPosts: 2,543 Senior Member
June 2020 in Second Amendment/Politics #1
This is a conservative rally held each year here in Washington state.  This year, it was held at Heritage Park in Olympia, the state capital.  This was my first time attending; I feel like not enough conservative voices are being heard publicly.  The so-called "silent majority" can't afford to be silent anymore. 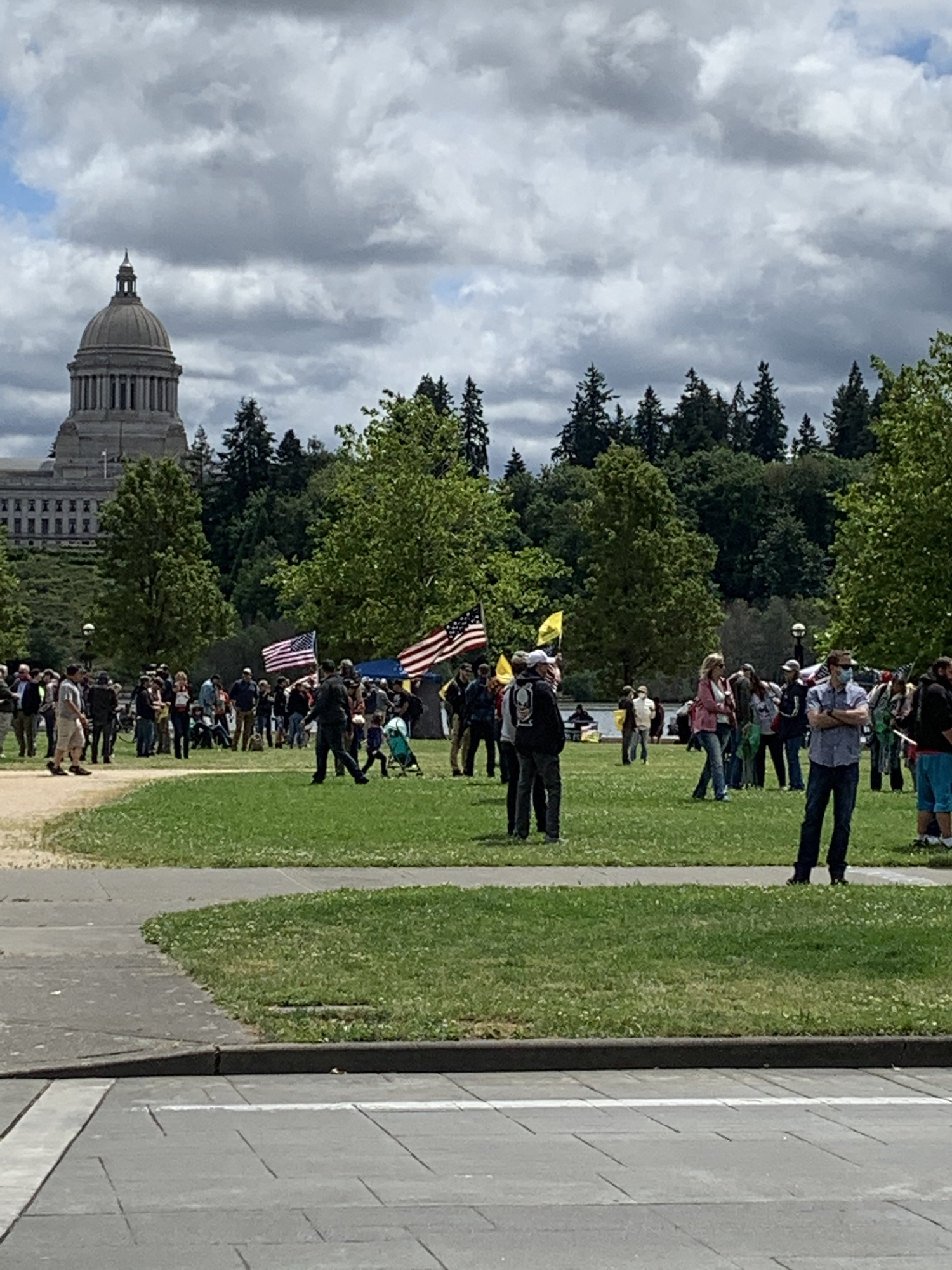 There were quite a few speakers, including state representatives and candidates for state offices, and local activists.  It was interesting, to say the least, and I dare say, an eye-opening experience.  The tone was generally positive (until the subject of our current governor came up, which happened often), and there was very little police presence, until some lady rode by in her car screaming profanities about President Trump and flipping people off.  Then, on her second pass, some guy decided to spit into her car, which she clearly did not appreciate.  She called the police, and while she was talking to them, the guy came over and told me and the guys standing next to me what he did.  He was later arrested, which he deserved.

Other than that, it was a peaceful rally, with lots of interesting conversation and some good music, until Sacha Baron Cohen (sp??) showed up in some stupid outfit, supposedly to look like a hillbilly.  He had conned the rally organizer into believing he was a musician with a band who was going to perform.  When his turn came, he got up there with his "band" and "sang" some putrud, ugly, racist garbage, which the crowd picked up on and booed him off the stage.  His security detail ushered him out of there pretty quickly, but his cheap stunt had soured the mood.  I have no idea why a millionaire actor would spend the money and time pulling a stupid stunt like this at a rally this size.

Anyway, I still had a good time.  Some things I'd like to note:

1.  I was one of only two black men I saw at the rally.  I hope I can change that in the future, but it won't be easy.  I don't know more than a handful of black men who are political conservatives, including my family. 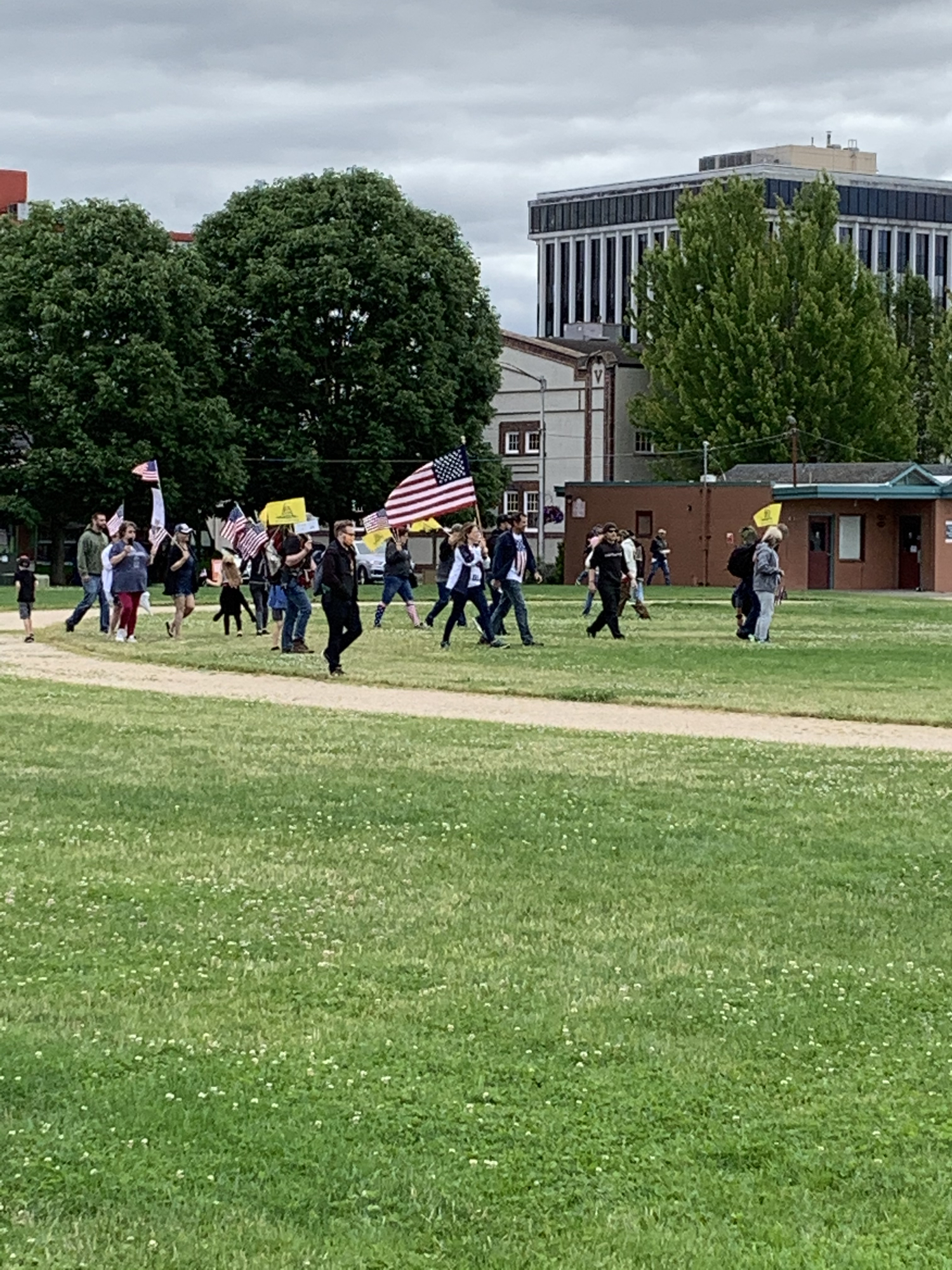 2.  There was a lot of open-carry there, as I had a feeling there would be, so I decided to try it as well.  This was my first time ever carrying openly, and it felt good.  So good, in fact, that I decided to also open carry at the grocery store later in the day. I had no issues, no funny looks, but a guy did stop me in the parking lot and ask me about buying a gun and carrying openly and/or concealed.  I let him know about Washington state law on carrying both ways, and about buying guns and legal transfers.  He expressed his gratitude for the info.

3.  While at the rally, there were several petitioners asking people to sign petitions to get a candidate on the ballot, or to get some initiative started.  I'd estimate 4-5 (that I saw).  Only one of them approached me and spoke to me, though all of them spoke to people around me (within 10 feet of me).  One lady asked to take my picture, and complimented me on my carry gun choice.

4.  I had some good conversations with some of my fellow attendees, which happens to me a lot, and was in stark contrast to the behavior of the petitioners. I got more compliments on my carry gun (Springfield XD Mod 2 Tactical).

5.  A couple of Antifa idiots were there, trying to look inconspicuous, but they were easy to spot.  There was also another brave protester who came in with a girl and a sign that read "Guns are Gross", which I found amusing.  He didn't stay long, but looked a bit surprised to see me there (he was black too).  When he pointed to his sign and repeated his slogan, I informed him that I rather enjoyed my guns, and the guy standing next to me said, "but they are gross after you leave the range.  You gotta clean 'em".  We got a good laugh out of that.

6.  I have mixed feelings about the Confederate flag.  I can't lie; seeing it there made me a little nervous at first.  I get that for a lot of people, it represents a heritage, and for some, a proud history.  But being completely honest, it has always carried negative connotations for me; whenever a person has been displaying it in front of me, it has always been by a person using it as a symbol of racial hatred.  I chose to ignore it. 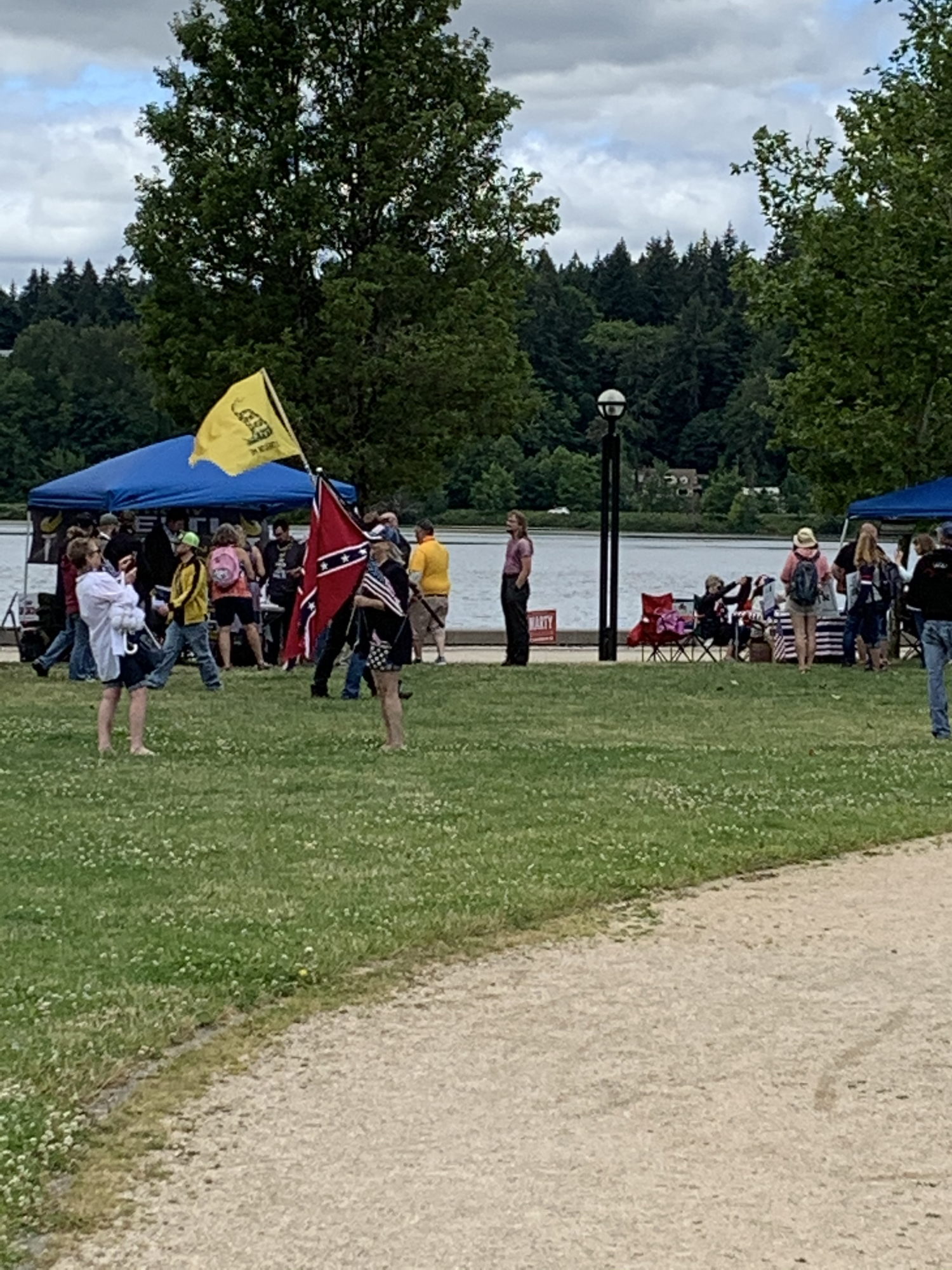 Again, overall, I had a good time, and I will definitely attend next year, hopefully with more people with me. This is too important not to.
Knowledge is essential to living freely and fully; understanding gives knowledge purpose and strength; wisdom is combining the two and applying them appropriately in words and actions.
9 · Share on TwitterShare on Facebook