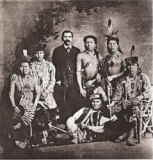 DrawbarFlats Posts: 776 Senior Member
August 24 edited August 24 in Clubhouse #1
One of my favorite dinkering hobbies is rockhounding. I'm blessed to live in Southern Utah where rocks of all sorts and cool fossils abound. It's fun to just load up the 10/22 and old Estwing rock pick and spend a day 'prospecting' for fossils and blast some beer cans around. I've always had a fascination for geology and can spend hours visiting the Ma and Pa rock stores up near Hurricane and Zion. Geodes and Trilobites are my favorite picks.
2 · Share on TwitterShare on Facebook