Nevada doe antelope tag filled and blood on the .450 Bushmaster

I budgeted a day and half in to scout before the season opened, since I had never set foot in this unit before, but a flat on the Jeep Wrangler I rented cost me the first half a day of that time.

The day before the season opened I went back out to check an area I pre-scouted using OnX.  With a drought year at hand, I knew that I had to find a solid water and food source.  The area ended up having a herd of several hundred on it with distinct crossing points near a BLM/private land boundary fence.  Glassing with binos revealed a preferred crossing point where they hung out on the public, BLM side and transited to and from the private land.

I set up the next morning within a 100 yard of that crossing point before dawn and waited for the season to officially open.  It was a true test of willpower, as the desert that was 101 degree the afternoon prior was now 47 degrees with a 17 mph wind.  I was laying flat on the ground with my fanny pack as the only thing helping to shield the wind.  The chill was intense and I definitely came underdressed.

The crossing point I chose ended up being a perfect location, as plenty of antelope we lined up along on the private side of the fence and numerous bucks came through the fence onto public within 75 yards.  All I need was for a doe to join them.

Then it happened, but from an unexpected direction.  A mature, lone doe came trotting in from my side and hung up at 188 yards, offering a clear shot.  I set the .450 Bushmaster across my fanny pack, sent one 250 gr. Hornady FTX her way, and the sound of a solid impact was unmistakable.  She darted 27 yards leaving a massive blood trail, and that was that.  The season was over in just like that. 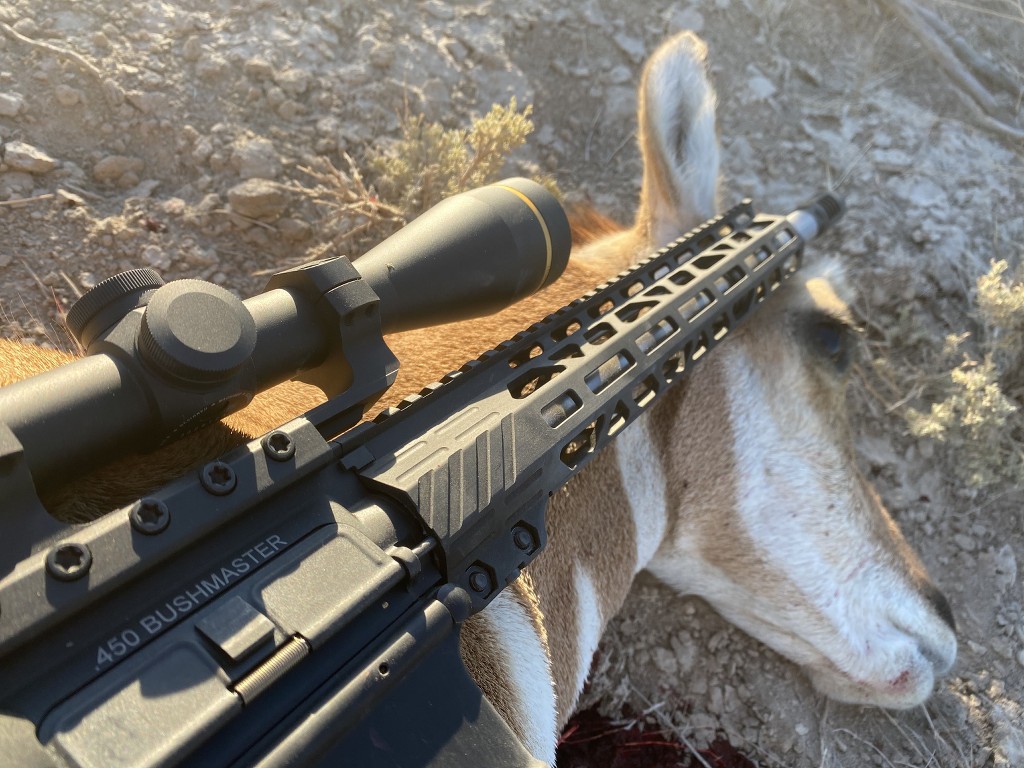 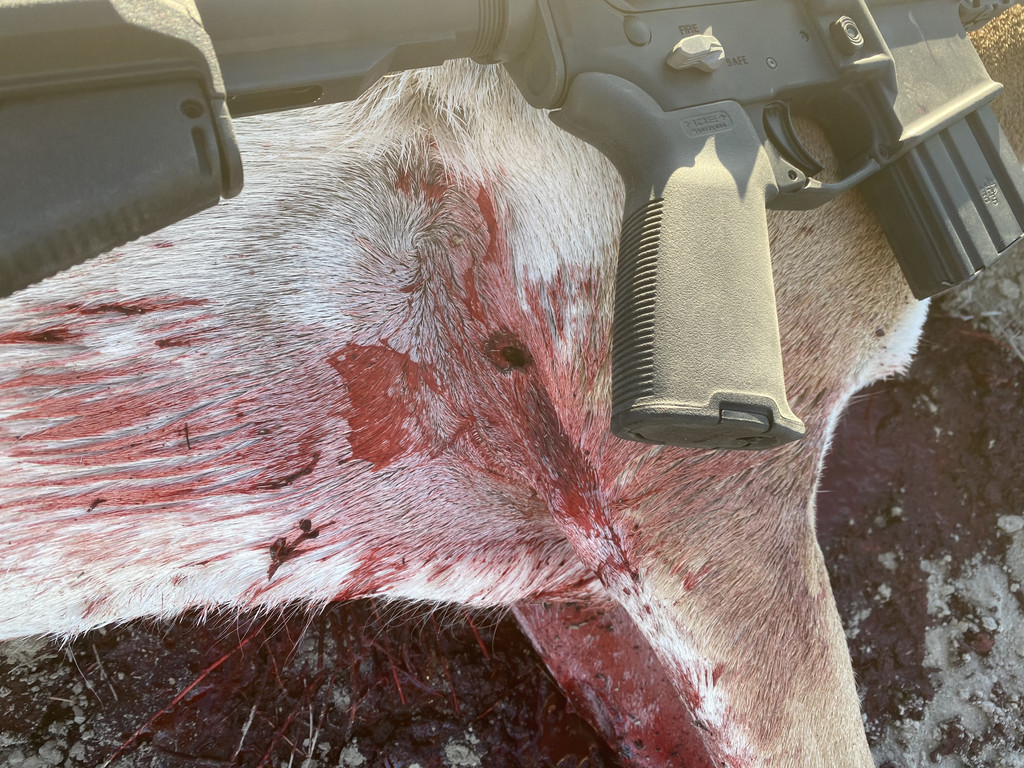 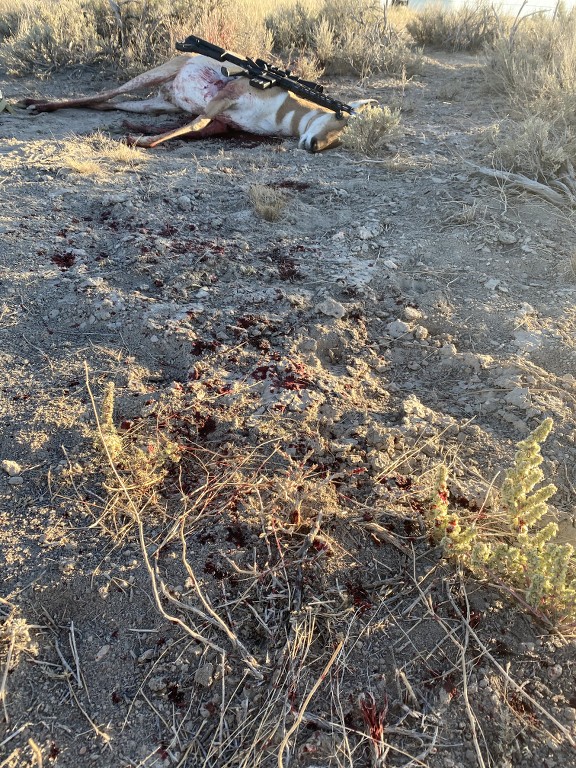 The whole experience was fun and rewarding.  I also saw quite a few bighorn sheep along the way during my scouting trip.  Noted, in case I can ever draw a tag out here. 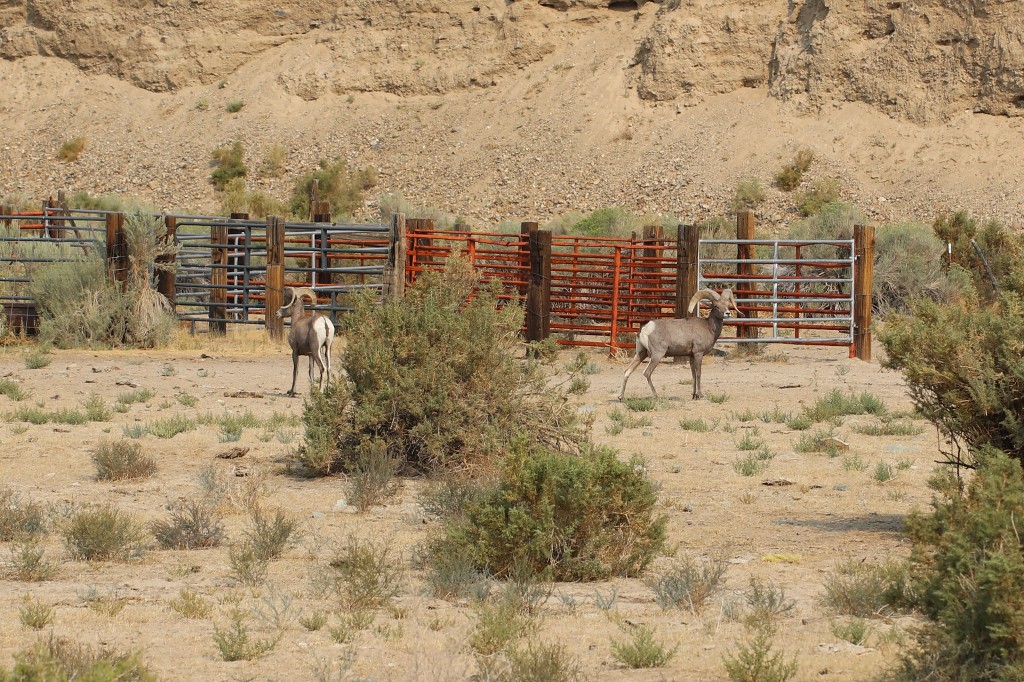