I was just telling my wife yesterday I need more “training” guns...

GunNut Posts: 6,287 Senior Member
September 2020 in General Firearms #1
...and a lot of magazines so I can speed up CCW class certifications.  And I bumped into this basically pristine Ruger Mark I 👍👍

But the price is $400!  I mean the gun is NICE with perfect bore but I can get better pricing on GB 🤨 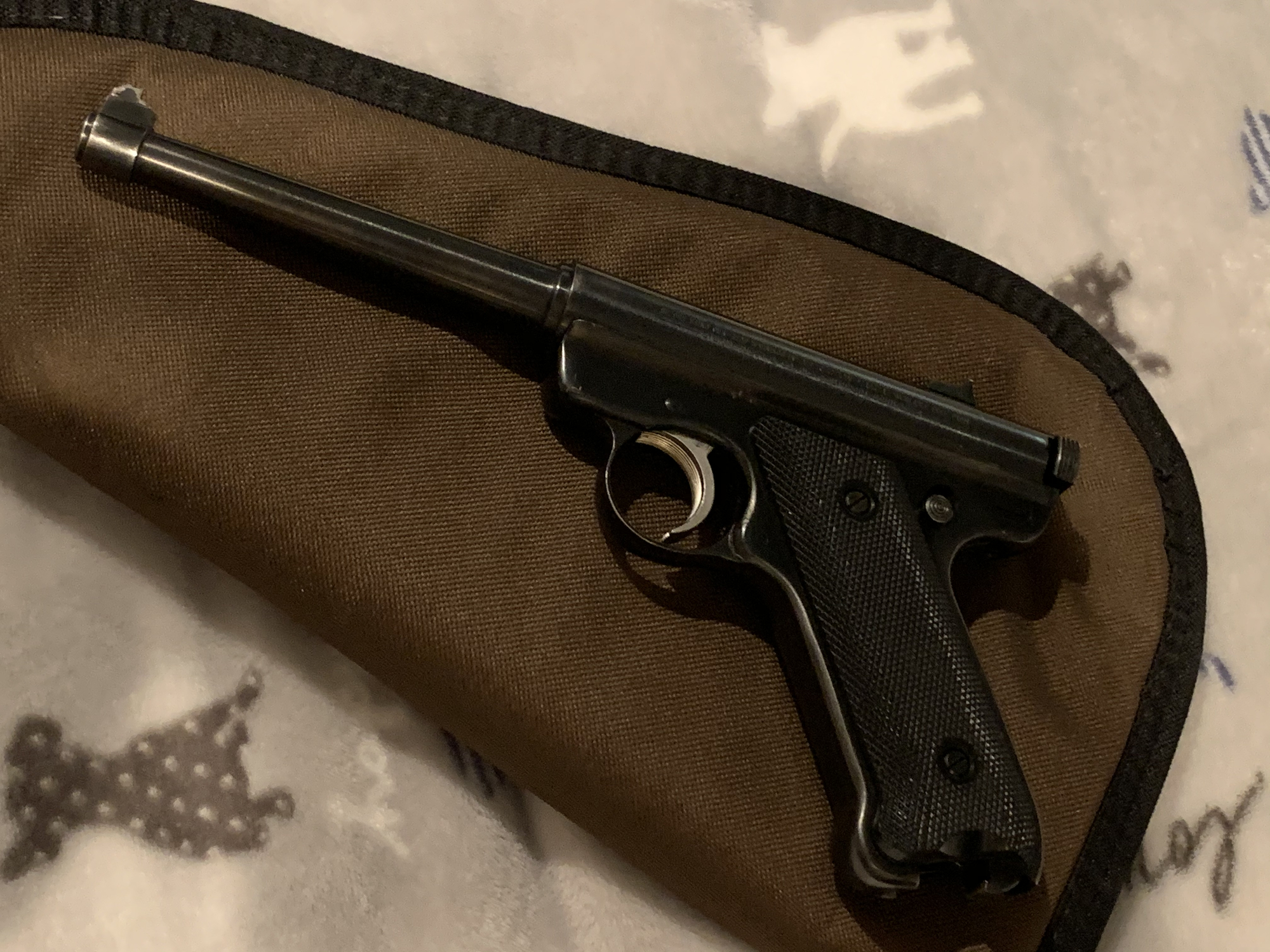 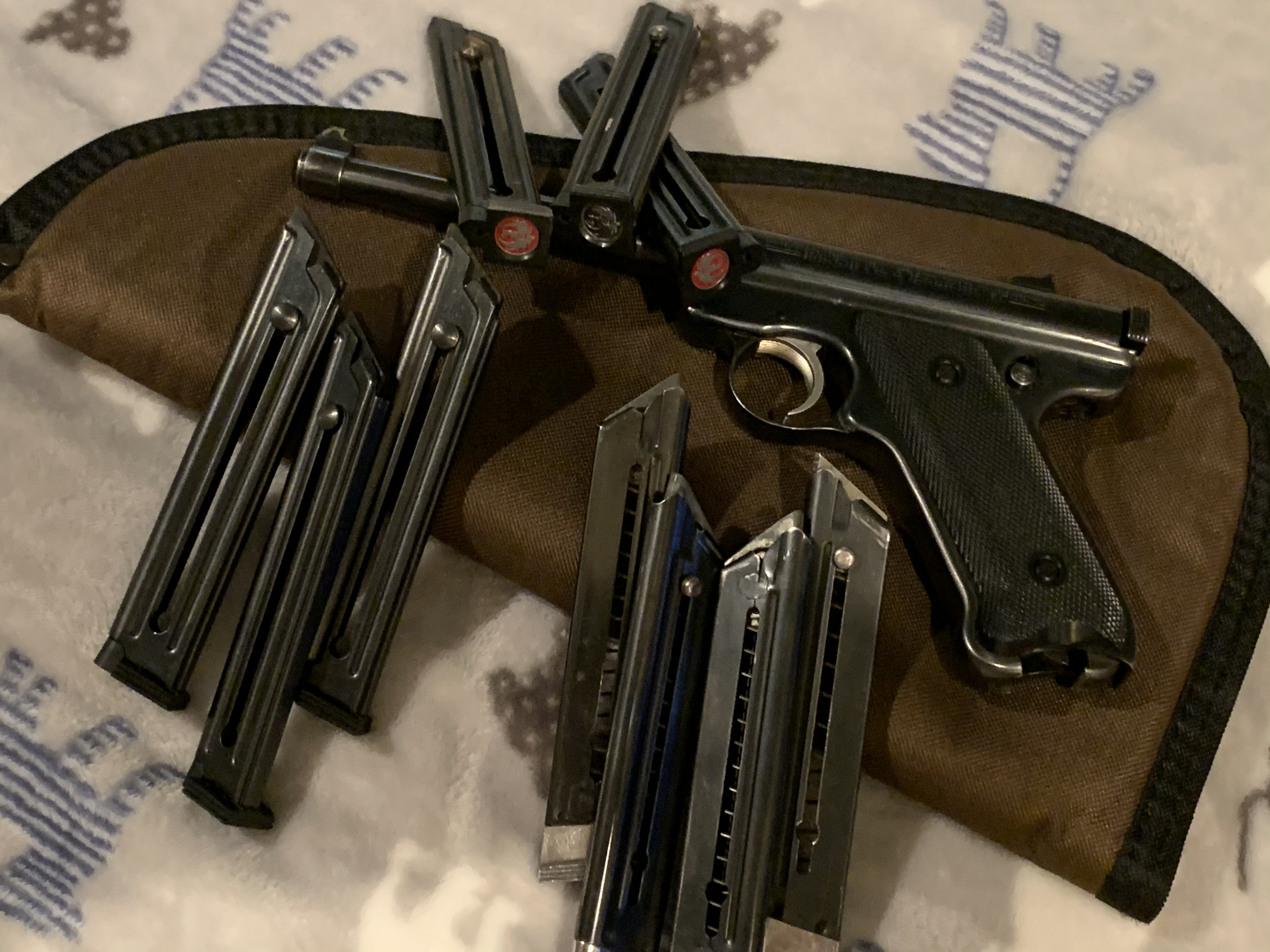 DAMN!!!  The 4 bottom ones on the right are all original Ruger Mark 1 mags in perfect condition!   On eBay the easily fetch $65-70+ EACH and the prices are skyrocketing.  Then there are two factory Ruger Red Eagle, one Ruger Silver Eagle and 3 aftermarket Mec-Gar mags (excellent mags!).   So when you total the cost of the mags basically I got a GREAT deal on the mags and they threw in the gun!  🤣🤣🤣🤣🤣
So now I own TWINS! 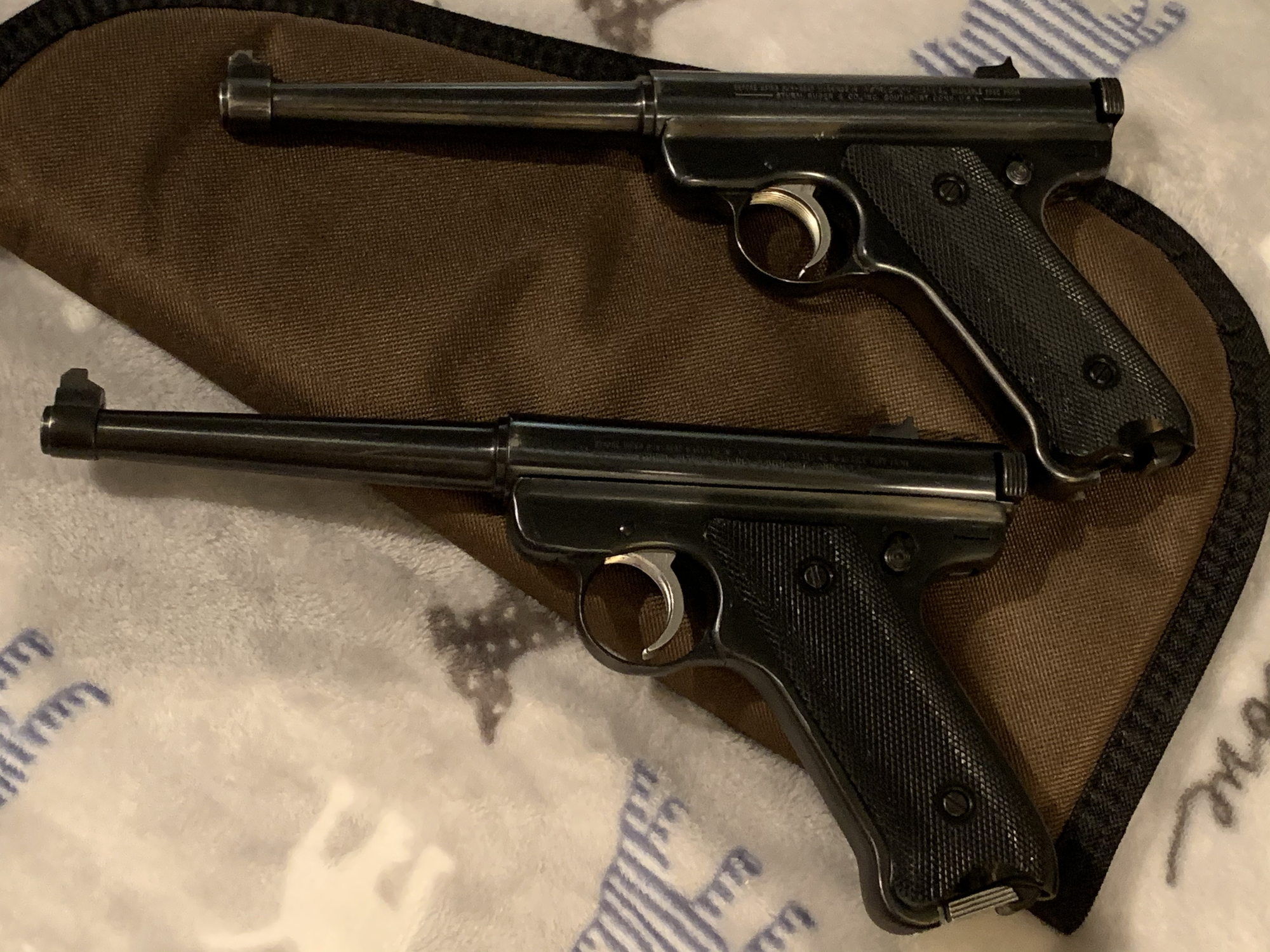 General George Patton:  “Watch what people are cynical about, and one can often discover what they lack.”
3 · Share on TwitterShare on Facebook
«12»